The Medallion Scholarship Program is one of the ASU Alumni Association’s signature scholarship initiatives. More than a financial award, the comprehensive program recognizes and develops a tradition of leadership, scholarship and service.

This year, the ASU Alumni AssociationFounded in 1894, the ASU Alumni Association connects ASU’s more than 500,000 alumni. Dedicated to serving and uniting all graduates of ASU, the Alumni Association hosts programs and oversees numerous groups that enhance the alumni experience and help alumni engage with their alma mater. is awarding an annual scholarship of $3,600, or $14,400 over the course of four years, to a select group of 39 Arizona high school graduates. These 39 students will be joining 100 students who are current Medallion Scholars at ASU. 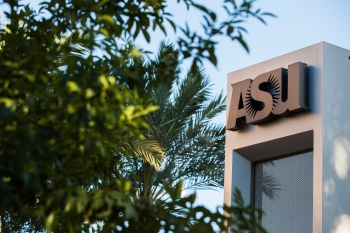 In order to qualify for this scholarship, applicants must be an incoming first-year student from an Arizona high school and must have been awarded the New American University Deans merit-based scholarship, which is an award that recognizes academic achievement. The Alumni Association's Medallion Scholarship Program selection committee is comprised of more than 200 ASU alumni from around the world who review applications and interview the scholars.

Financial support for the Medallion Scholarship Program comes from individual donations and from a portion of the fees paid for ASU collegiate license plates. For each ASU license plate, $17 of the $25 is allocated directly to the Medallion Scholarship fund that gives ASU students opportunities to enhance their college experience through participation in this leadership scholarship program.

The Medallion Scholarship Program incorporates components of leadership, scholarship and service. During their four years as a Medallion Scholar, these students become leaders within the university and their communities through community service, both individually and as a group, specific leadership development and training courses, participation in a mentorship program and requirements to maintain a satisfactory grade-point average.

Learn more about the ASU Alumni Association Medallion Scholarship or become a donor. 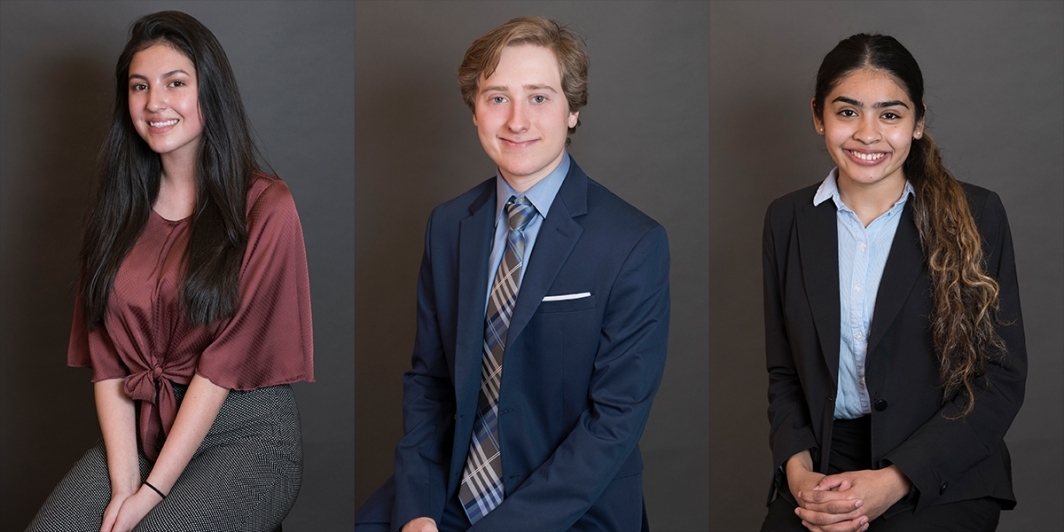 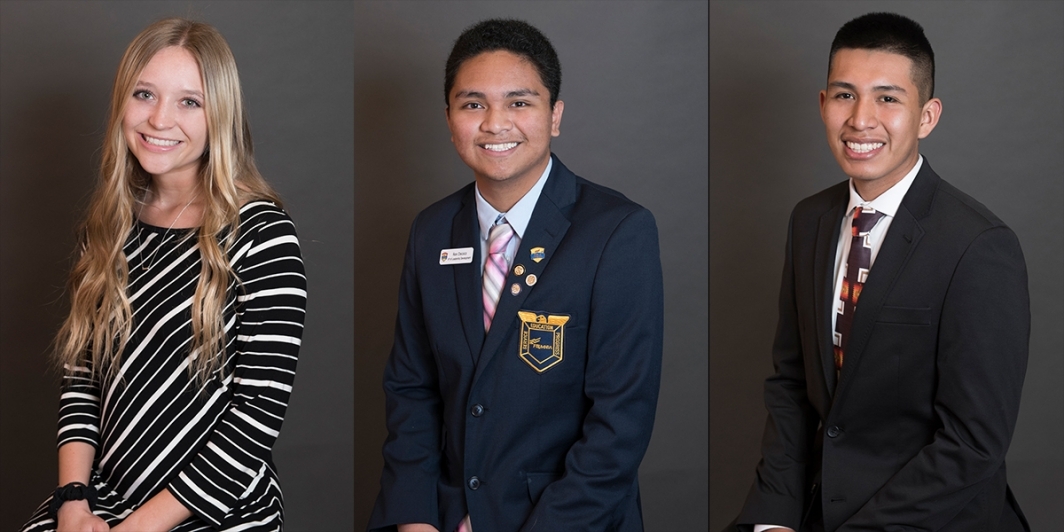 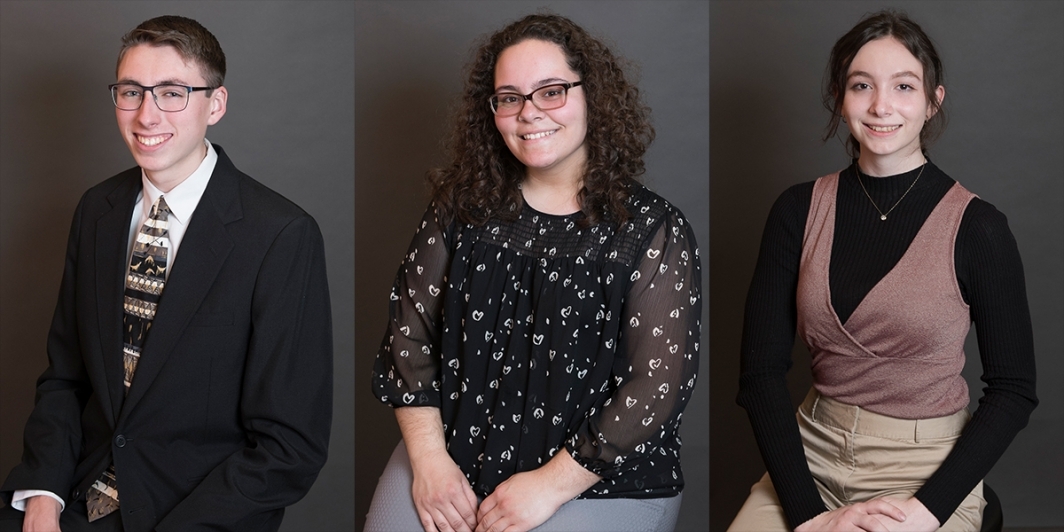 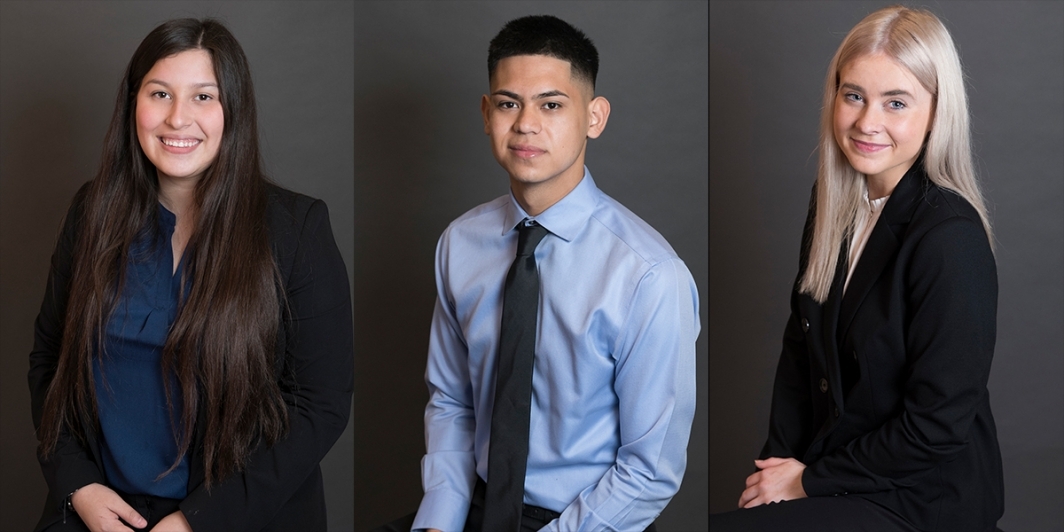 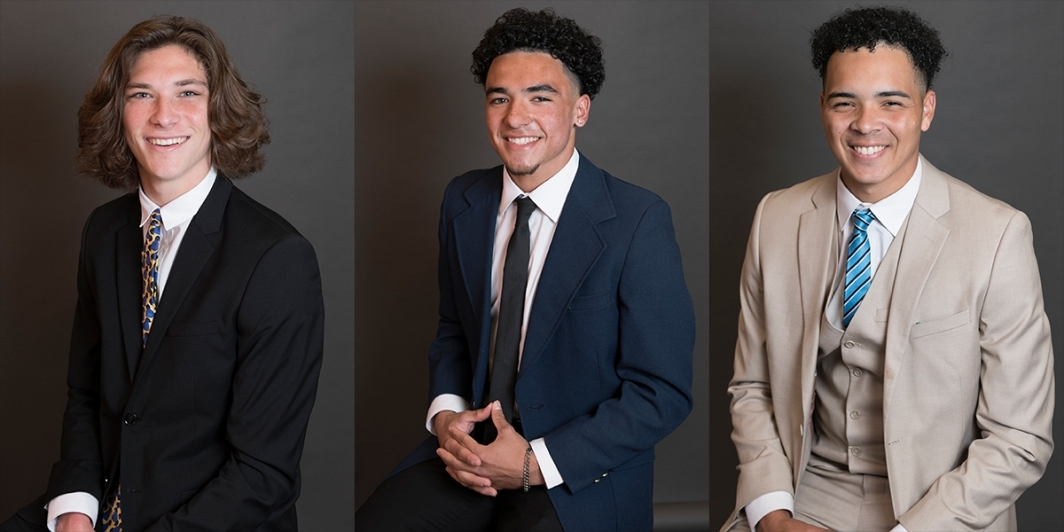 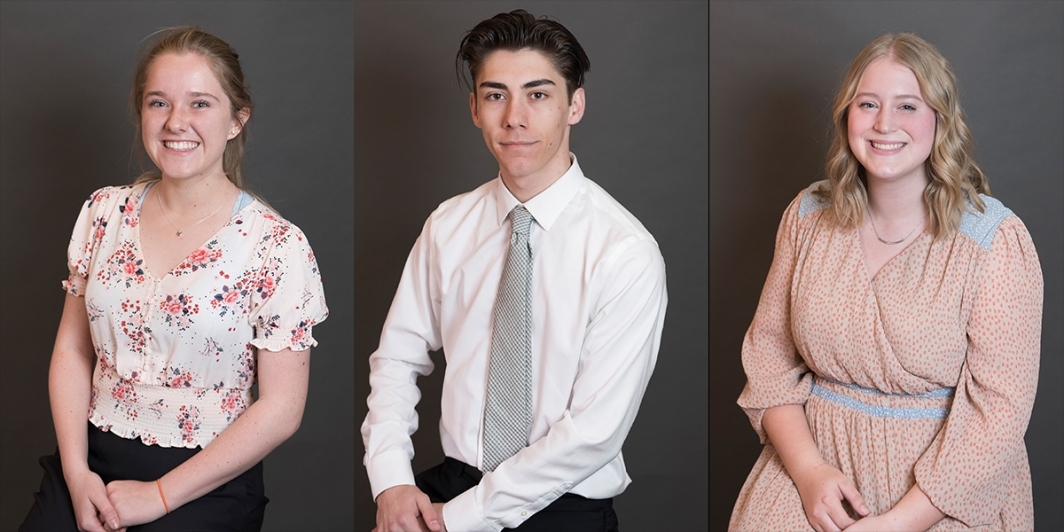 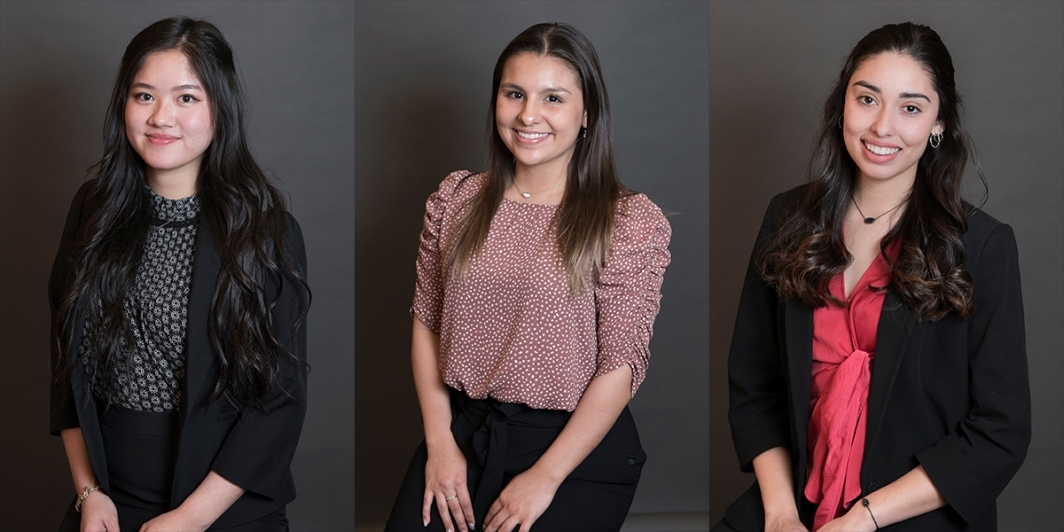 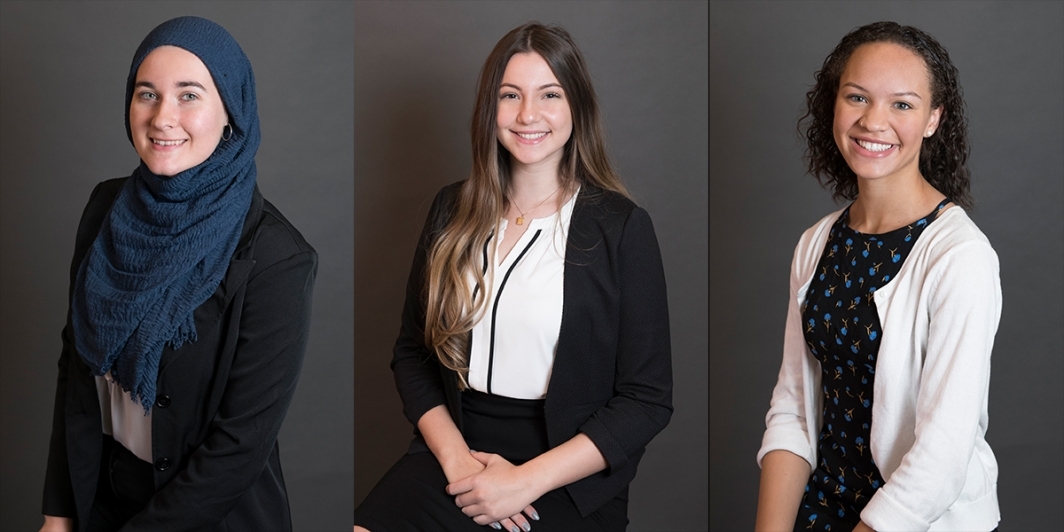 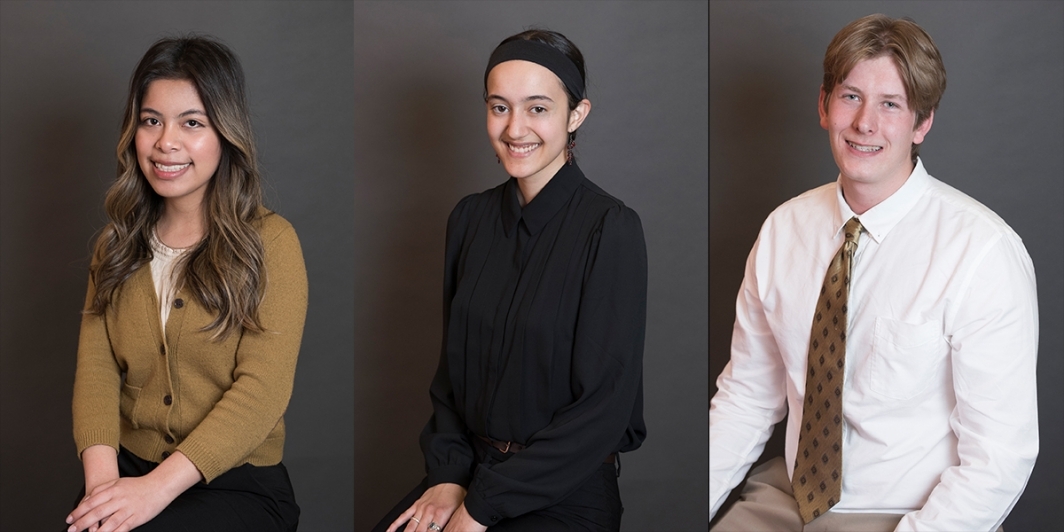 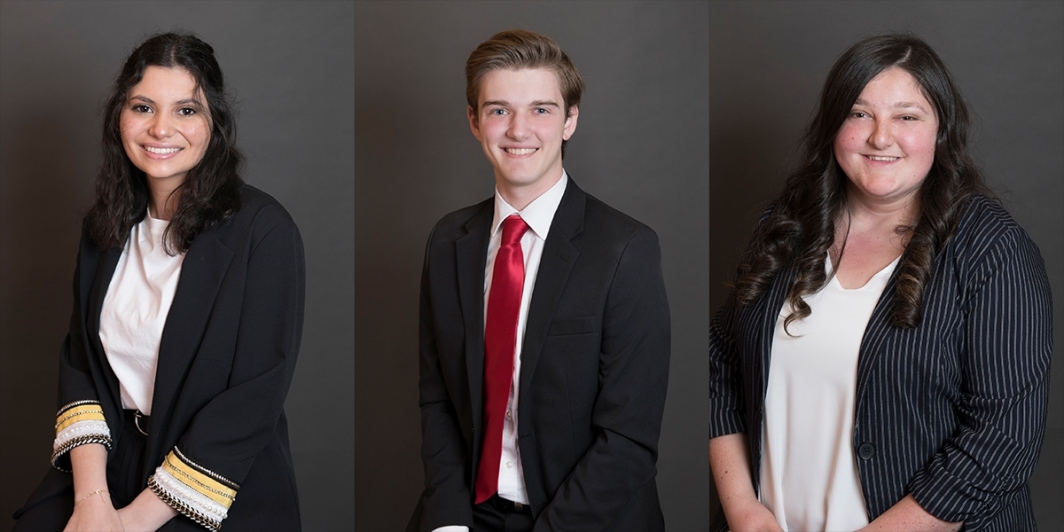 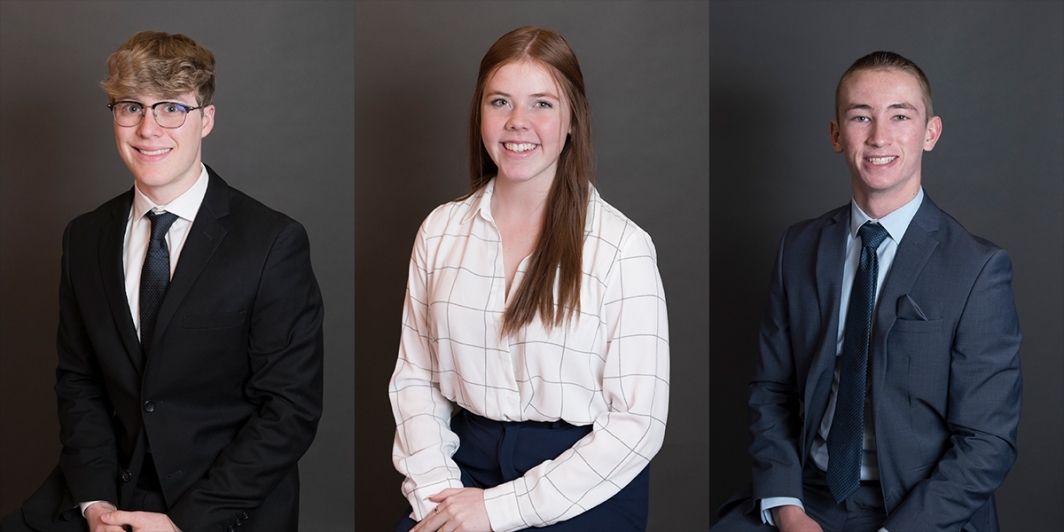 Each year, students in the Arizona State University Department of Psychology compete for the title of most outstanding undergraduate research thesis. This year, the honors symposium poster session happened in a virtual conference room.“The sheer quality of these research projects was outstanding. It was frankly difficult to pick a winner after such amazing presentations," said Clark Presson, p...

Each year, students in the Arizona State University Department of Psychology compete for the title of most outstanding undergraduate research thesis. This year, the honors symposium poster session happened in a virtual conference room.

“The sheer quality of these research projects was outstanding. It was frankly difficult to pick a winner after such amazing presentations," said Clark Presson, professor of psychology and director of undergraduate studies. "The quality is something you would expect from graduate-level theses, and in an entirely virtual environment. 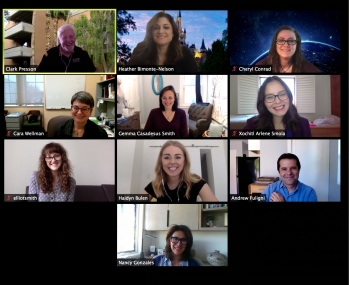 “The fact that they were able to roll with the punches and still have such exceptional presentations really is a testament to our undergraduates. Our students truly make the Department of Psychology a special place to be.”

The competition requires students to present and defend their theses to an audience of their peers, mentors, faculty and scholars from around the country. After the research presentations, a committee of ASU faculty members and outside scholars deliberate and select a winner based on the quality of the research and presentation. The finalists for the best thesis award were Elliot Smith, Xochitl Arlene Smola and Haidyn Bulen. 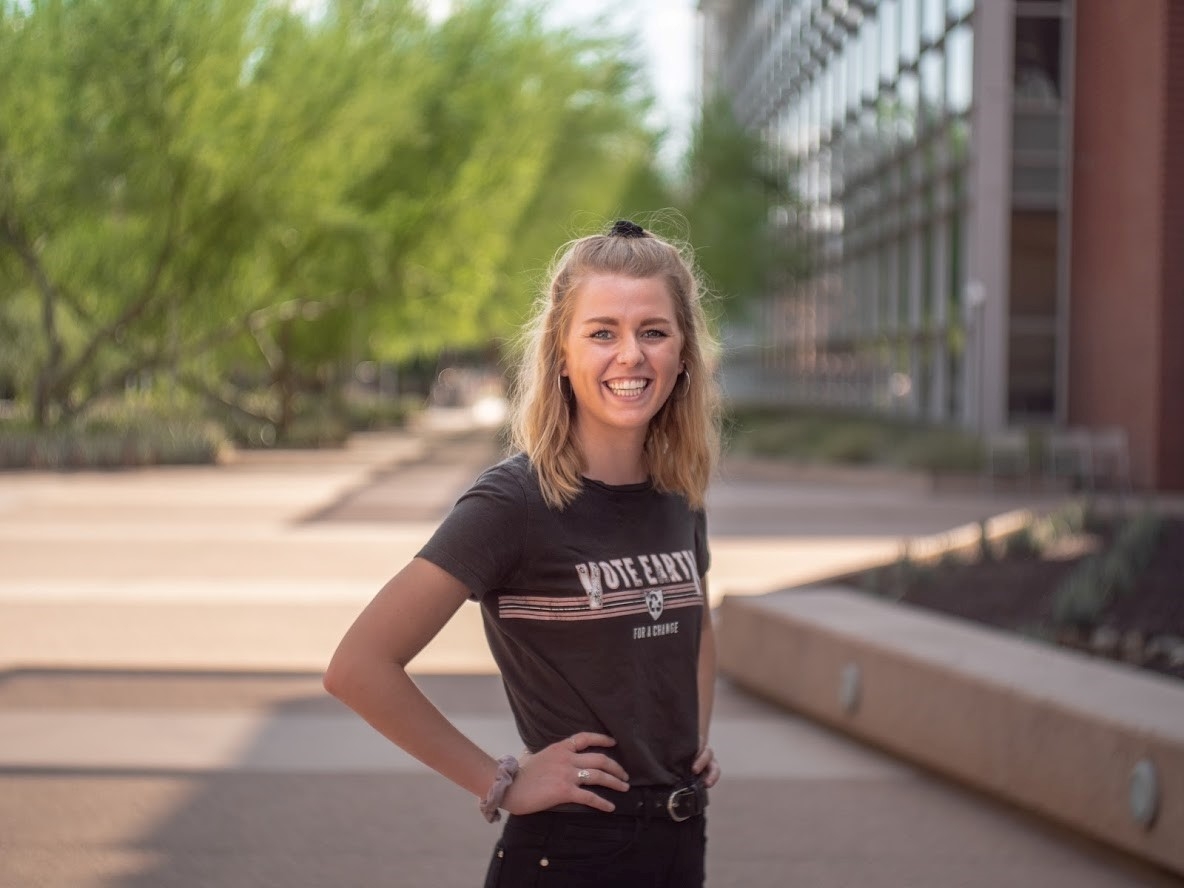 Bulen’s fascination with psychology began as a young child, when she accompanied her mom to work. Her mom provided therapy to children who were diagnosed with autism spectrum disorder. Bulen wanted to know how peers her same age could experience the world differently and how that happened in the brain.

An Advanced Placement capstone project during high school with faculty from Gonzaga pushed Bulen’s research interests further toward neuroscience, so she joined Heather Bimonte-Nelson’s behavioral neuroscience lab at ASU. The summer after her freshman year, she presented her research as part of the ASU-Banner Neuroscience Symposium, hosted by the ASU-Banner Neurodegenerative Disease Research Center.

“This was the first time I realized that I could combine two things I was interested in: women’s health and neurological conditions,” Bulen said.

For her senior thesis, Bulen used spatial working memory to explore when early cognitive symptoms began in an animal model of Alzheimer’s disease.

“I believe that any progress we make in understanding this disease will be helpful in eventually finding better treatments and hopefully a cure one day,” Bulen said. “Emerging clinical research suggests that impairments in spatial working memory may be one of the earlier symptoms of Alzheimer’s disease. The results of my study support this literature and provide further evidence that spatial working memory impairments exist early on.”

Bulen recently won a Fulbright Fellowship and was accepted into graduate school in the psychology department at the University of California, Berkeley to pursue a doctorate in neuroscience. She will do both, because Berkeley gave her permission to defer her enrollment until after she completes the Fulbright work. Next year, she will begin work at the University of Sydney, Australia, with Markus Hofer on the role of inflammatory cytokines in the pathogenesis of Alzheimer’s disease. 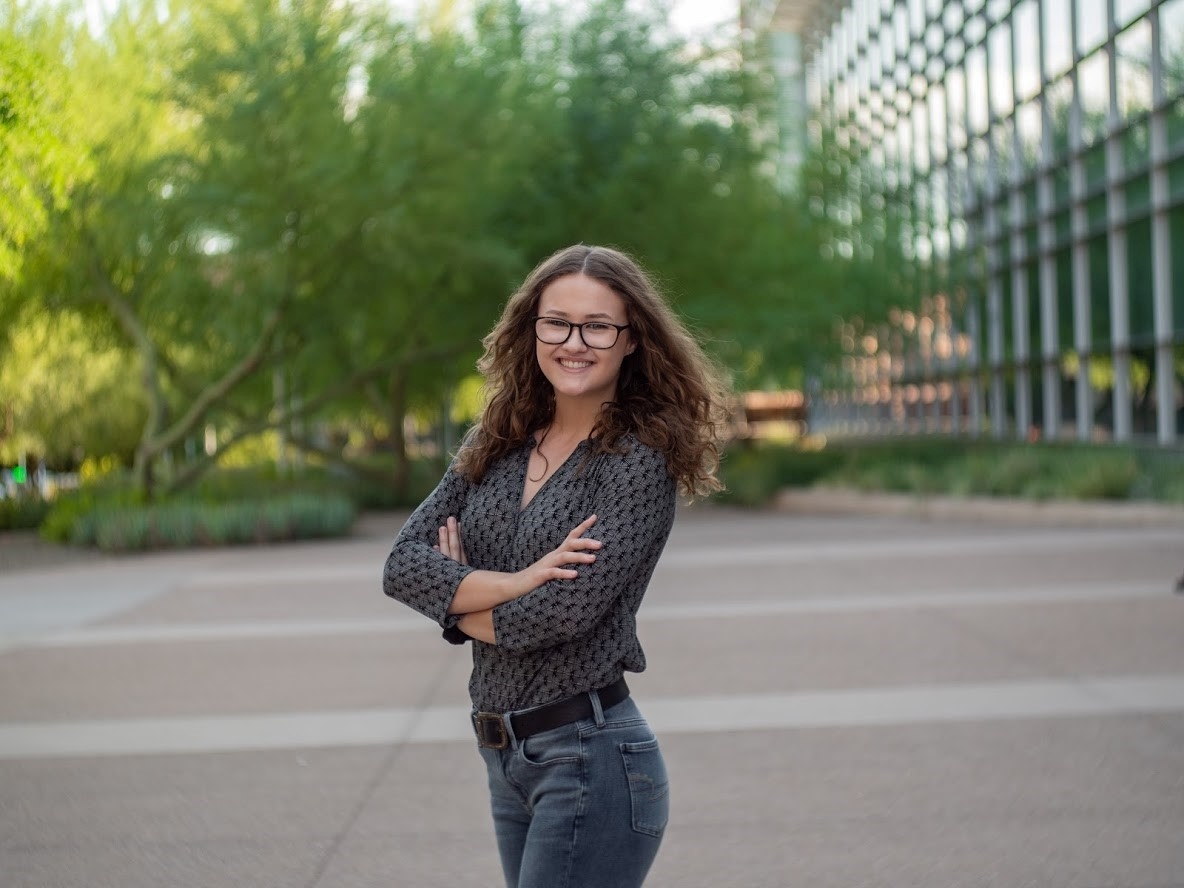 Smith worked in the Behavioral Neuroscience Research in Stress Laboratory with Cheryl Conrad, where she studied the effects of chronic stress on the brain and behavior as a model for depression. She also worked with Visar Berisha and Julie Liss in the College of Health Solutions, using study speech samples to identify patterns associated with neurological disorders like Parkinson’s disease.

“I am pursuing computational neuroscience for grad school, and my goal is to be an open-minded and creative researcher and scientist,” Smith said.

Smith’s research thesis examined the local expression of estradiol, a specific type of estrogen, in different brain regions. The goal was to determine the impact of chronic stress and sex on hormone expression.

“The expression of aromatase, which converts testosterone into estradiol, may be important for understanding sex-specific and region-specific brain responses to chronic stress. Overall, local estradiol synthesis in the brain may be a critical mechanism for structural and functional changes in response to chronic stress,” Smith said.

Her findings suggest that depression could be associated with altered local estrogen production that varies in different brain regions. Understanding the role of estrogen in the brain could help scientists understand why women are more vulnerable to depression than men.

Smith will begin working toward her doctorate in neuroscience at ASU with Rick Gerkin and Sharon Crook. 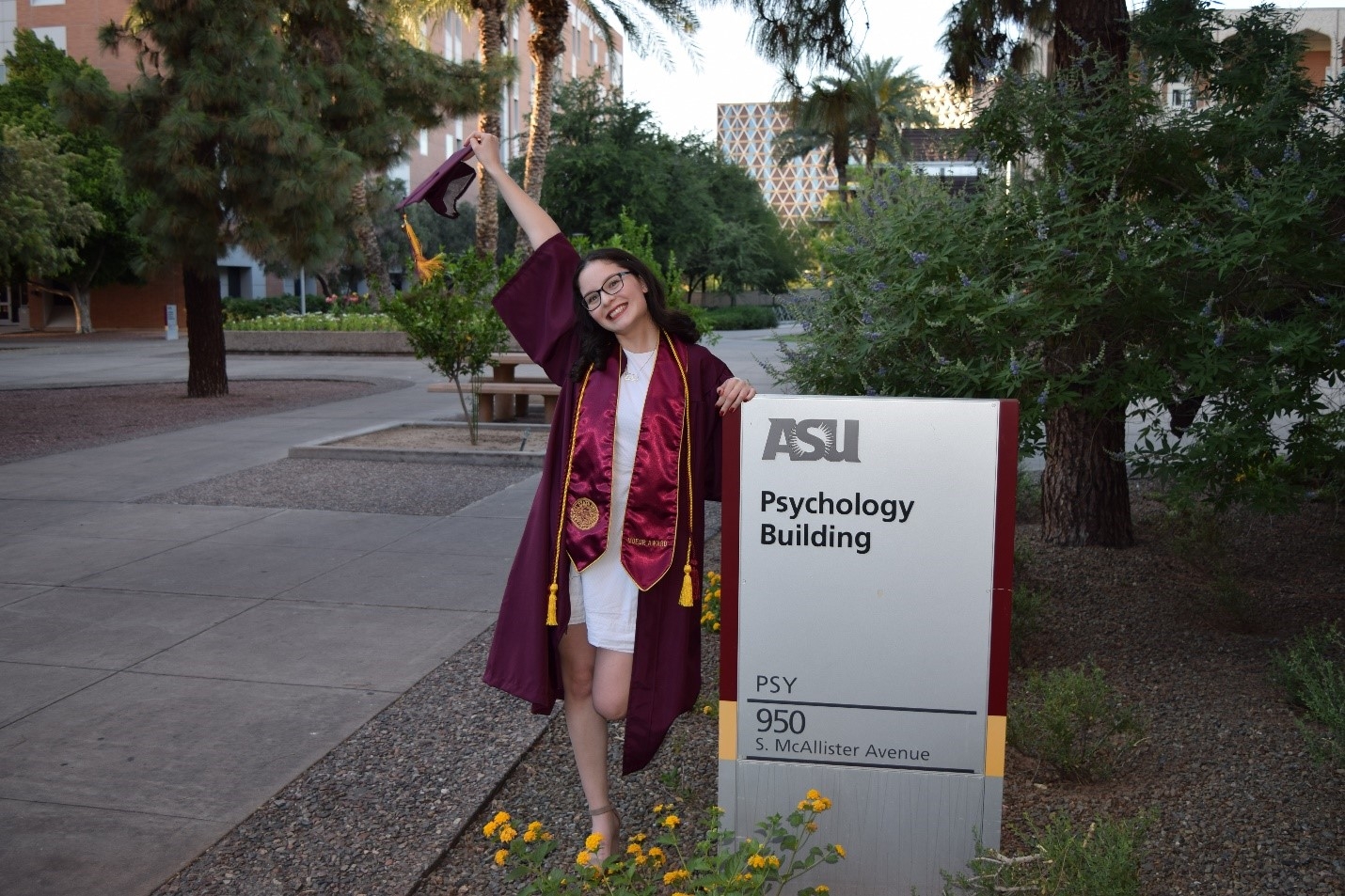 Smola, the 2020 Spring Dean’s Medalist in the Department of Psychology, is not only a mentor and student success coach in the department’s Student Success Center, but she is also an accomplished researcher who will continue her academic journey in the developmental psychology doctorate program at the University of California, Los Angeles.

Smola’s interest in psychology began after she moved from a Title I high school in the border town of El Paso, Texas, that served a 96% Hispanic student body to a new high school in Scottsdale, Arizona.

“The differences in resources and student trajectories was clear and shocking. Witnessing the divergent paths among my peers from both schools led me to want to understand how disparities shape adolescent psychobiological development among diverse youth,” Smola said.

Smola completed her research thesis under the mentorship of Nancy Gonzales, professor of psychology and dean of natural sciences.

“The virtual honors colloquium was a great experience," said Gonzales. "The student presentations were all so strong and polished that I felt like I was watching a group of seasoned professionals. My student, Arlene, has always been exceptional and will be a great success as a graduate student at UCLA next fall.“

Smola’s research took a strength-based approach to the development of Hispanic adolescents.

“Overall, the findings emphasize that the role of familism is nuanced, potentially offering both promotional and risk-amplifying effects for the physiological stress response system,” Smola said. “Although there are many disparities between ethnic minorities and other groups, not all differences reflect negative outcomes.”