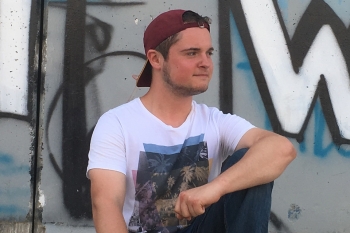 “When I was in the fifth grade I basically turned into the elementary version of Leslie Knope. I not only ran for class president but I took that job way too seriously. And that really kicked off a lifetime interest in the political process,” Doebbeling said.

When his mom moved from their home in Indianapolis to take a job in Phoenix, Doebbeling had a choice to make: attend a university with the friends he grew up with or challenge himself by attending a university on the other side of the country. In the end, he was drawn to Arizona State University because of Barrett, The Honors College.

As a first year student, Doebbeling met with Professor Paul Carrese who was in the process of establishing a new school; the School of Civic and Economic Thought and Leadership. After his first civic and economic thought and leadership course with Carrese, Cormac said, “I was hooked.”

“There were maybe six students in my class and I was sitting right next to the professor on the first day of class. I did not anticipate that,” Doebbeling said. “But that course on American Grand Strategy was just so transformative for me. Dr. Carrese was able to challenge my worldview. He was able to get me to support my beliefs with evidence and to really apply an analytical perspective and sort of reflection towards my political thoughts that I never really had before. 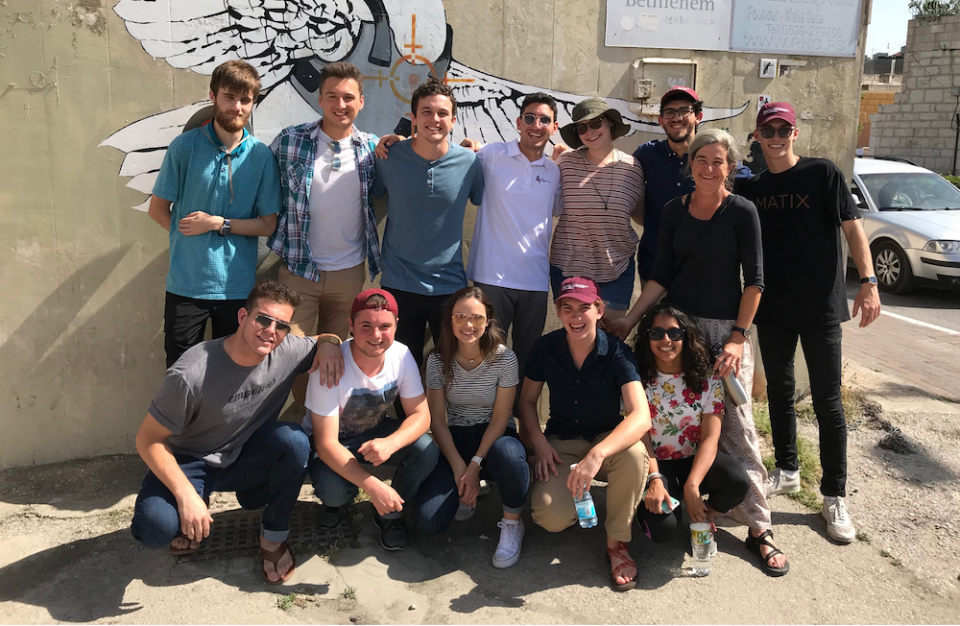 Global Intensive Experience in Israel and the West Bank with the School of Civic and Economic Thought and Leadership.

Later Doebbeling participated in the school’s Global Intensive Experiences in both India, and Israel and the West Bank. He also studied in Spain, Cuba and Trinidad throughout his college career.

“It's incredibly ironic but the most enriching academic experiences I’ve had as a college student have almost always been outside the classroom,” Doebbeling said. “Most of these have been study abroad (programs) where I had the unique opportunity to talk to someone. That conversation and what they say was able to radically change my outlook on life.”

Doebbeling will be graduating with his bachelor’s degrees in civic and economic thought and leadership and political science and is The College of Liberal Arts and Sciences Dean’s Medalist for the School of Civic and Economic Thought and Leadership. The school caught up with him to ask about his time at Arizona State University.

Answer: When I tell most people that I am a political science major who is also getting a degree in civic and economic thought and leadership, they almost always assume that I'm going to go to law school, going to do a master's of public affairs or going to Capitol Hill as soon as I graduate. And I’m actually not doing any of these options. My plan is to attend DePaul University for a master’s in comedic screenwriting — a program in conjunction with Second City, an improv organization that is a farm-league for Saturday Night Live. It intersects perfectly with my undergraduate experiences. I'm very passionate about having a career in political satire. I think that some of the most insightful voices that human history has ever had were people who have been able to satirize problems in society and while their audience are laughing, they’re also realizing how messed up certain problems are. And they realize that they need to change what's wrong with society. This could be someone like Socrates or William Shakespeare but it could also be someone like Tina Fey or Seth Meyers.

A: My favorite study spot would be my office at the School Politics and Global Studies. These past three years I had the immense privilege of working as a marketing assistant for (the school). The great thing is that it’s located on the sixth floor of COOR Hall, which not only gives me access to my political science professors but also allows me to go over to the School of Civic and Economic Thought and Leadership and talk to the faculty members there. Almost as soon as I was done with my work I’d be able to talk to my professors at SPGS and in SCETL. I cannot tell you how many times I just popped into the office of Dr. Zachary German to talk to him about politics or even my thesis.

A: Unfortunately, even $40 billion dollars probably wouldn’t put a dent in debt problems. But I'm really concerned about world hunger and how it affects children. I really encourage policymakers, both federal and at the state level, to put the interests of children above their own political interests. Even if it adds to the budget, even if you have to raise taxes a little bit, making sure that a kid is able to go to school and be full. To be focused on their education instead of focusing on their empty stomachs is really something in the best interest. With permanent free or reduced lunch, students are able to have a level playing field who get to see their full potential and are able to go out and achieve everything that they can achieve because they don't worry about something as crucial as what they’re going to eat that day.

In response to the COVID-19 pandemic, Arizona State University professors Trevor Shelley and Luke Perez have begun a multipart discussion of Albert Camus' Nobel Prize-winning novel "The Plague" in the new podcast series Pandemic Dialogues.  Written in the 1940s, Camus' novel reflects his view of medical disease as an analogue for understanding the decline of political order. In their podcast,...

Written in the 1940s, Camus' novel reflects his view of medical disease as an analogue for understanding the decline of political order. In their podcast, Shelley and Perez discuss the ways in which the current crisis has led many people to look to literature as a way to understand how the fabric of our social world is woven. 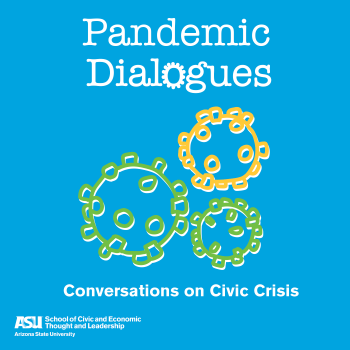 You can listen to the Pandemic Dialogues podcast on iTune, Spotify or PodBean. Download Full Image

“The whole idea emerged from a discussion I had with Luke when I mentioned I was thinking of swapping out one of the assigned texts in my CEL 100: Great Ideas on Ethics and Politics course to read Camus' 'The Plague,'” said Shelley, a postdoctoral scholar in the School of Civic and Economic Thought and Leadership.

“I read it years ago in grad school and it stuck with me as a rich text that captures a variety of moral and intellectual challenges and different responses in the midst of crisis. It's a book for which the plague means many things — an actual bacterial epidemic, moral corruption, participation in political tyranny and the human condition at large,” Shelley said. “It seemed appropriate to visit it during our time of COVID-19 crisis to garner some literary and imaginative distance on our present circumstances to think through some of the immediate and larger questions we're facing.”

Looking for a way to reach a broader audience beyond just one class, the professors decided to do something they had never done before: start a podcast. Together (virtually), Shelley and Perez started reading the five-part book, setting up the multi-episode conversation of "The Plague."


“What attracted me to read Camus, and eventually start a podcast on it, is that Camus uses the idea of an entire town in quarantine to investigate how people handle the catastrophe,” said Perez, an assistant professor at the School of Civic and Economic Thought and Leadership. “Put another way, the plague in Camus' novel is a foil for studying human nature.”

Produced in a way that allows listeners to follow along, the podcast looks at particular passages of the text that lead to larger questions in the areas of politics, philosophy, theology and economics.

“If someone were to discover Camus today, next month or next year, he or she could still follow along with our podcast in what would be 'real time' for them,” said Perez.

“We hope that the podcast encourages listeners to read this book and others mentioned, to engage with our comments and remarks so as to question — even challenge — what we say, and thus come up with their own interpretations,” said Shelley.

You can listen to the Pandemic Dialogues podcast on iTunes, Spotify and PodBean.