Hydrogen is an essential commodity with over 60 million tons produced globally every year. However, more than 95% of it is made by steam reformation of fossil fuels, a process that is energy intensive and produces carbon dioxide. If we could replace even a part of that with algal biohydrogen that is made via light and water, it would have a substantial impact.

This is essentially what has just been achieved in the lab of Kevin Redding, professor in Arizona State University's School of Molecular Sciences and director of the Center for Bioenergy and Photosynthesis. 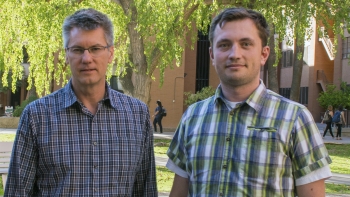 The center's research, titled "Rewiring photosynthesis: a Photosystem I -hydrogenase chimera that makes hydrogen in vivo," was published in the high-impact journal Energy and Environmental Science.

“What we have done is to show that it is possible to intercept the high-energy electrons from photosynthesis and use them to drive alternate chemistry, in a living cell,” Redding said. “We have used hydrogen production here as an example.”

“Kevin Redding and his group have made a true breakthrough in reengineering the Photosystem I complex,” said Ian Gould, interim director of the School of Molecular Sciences, which is part of The College of Liberal Arts and Sciences. “They didn't just find a way to redirect a complex protein structure that nature designed for one purpose to perform a different, but equally critical process, but they found the best way to do it at the molecular level.”

It is common knowledge that plants and algae, as well as cyanobacteria, use photosynthesis to produce oxygen and “fuels,” the latter being oxidizable substances like carbohydrates and hydrogen. There are two pigment-protein complexes that orchestrate the primary reactions of light in oxygenic photosynthesis: Photosystem I (PSI) and Photosystem II (PSII).

Algae possess an enzyme called hydrogenase that uses electrons it gets from the protein ferredoxin, which is normally used to ferry electrons from PSI to various destinations. A problem is that the algal hydrogenase is rapidly and irreversibly inactivated by oxygen that is constantly produced by PSII.

In this study, doctoral student and first author Andrey Kanygin has created a genetic chimera of PSI and the hydrogenase such that they co-assemble and are active in vivo. This new assembly redirects electrons away from carbon dioxide fixation to the production of biohydrogen. 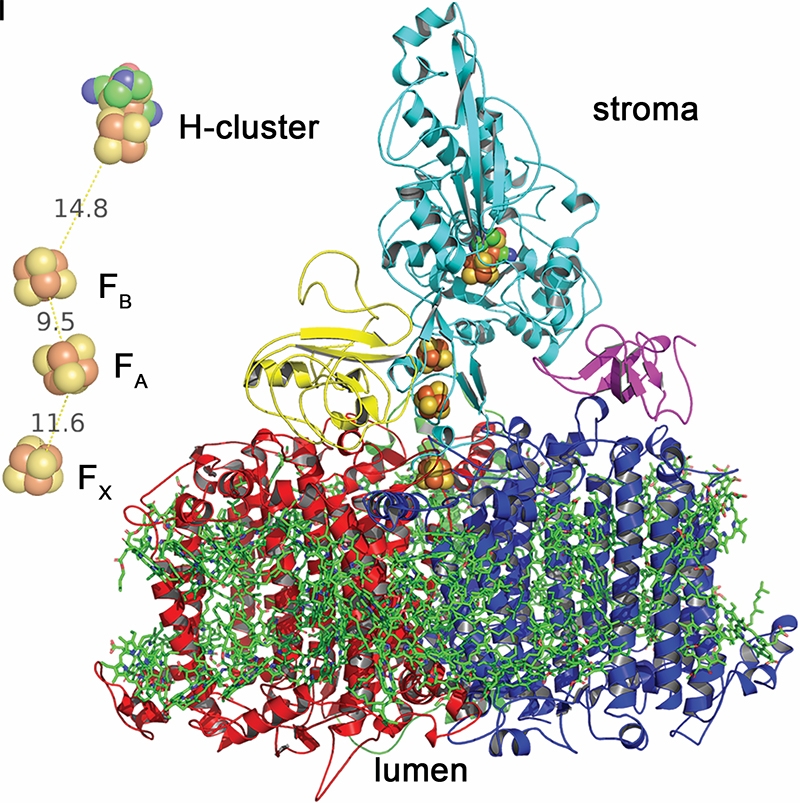 A model of Photosystem 1 core subunits

“We thought that some radically different approaches needed to be taken — thus, our crazy idea of hooking up the hydrogenase enzyme directly to Photosystem I in order to divert a large fraction of the electrons from water splitting, by Photosystem II, to make molecular hydrogen,” Redding said.

This result will also be featured in an upcoming article in Chemistry World, a monthly chemistry news magazine published by the Royal Society of Chemistry. The magazine addresses current developments in the world of chemistry, including research, international business news and government policy as it affects the chemical science community.

Inclusivity is key to better communication

Editor's note: In an effort to raise awareness about communication disorders in general, the American Speech-Language-Hearing Association has declared May Better Hearing and Speech Month. In the contiguous United States alone, there are roughly 24 distinct dialects. Unlike accents, dialects reflect much more than a difference of pronunciation — each dialect can have its own grammar, vocabular... 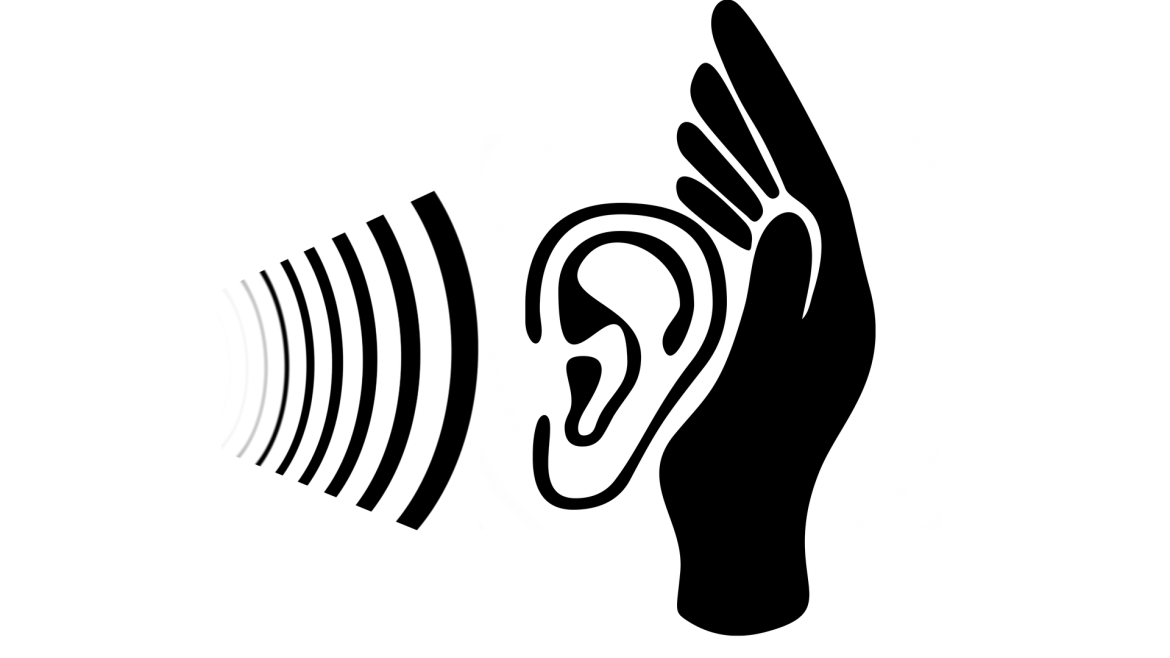 Inclusivity is key to better communication

Editor's note: In an effort to raise awareness about communication disorders in general, the American Speech-Language-Hearing Association has declared May Better Hearing and Speech Month.

In the contiguous United States alone, there are roughly 24 distinct dialects. Unlike accents, dialects reflect much more than a difference of pronunciation — each dialect can have its own grammar, vocabulary, syntax and expressions. And all of that is influenced by sociocultural elements that vary greatly, sometimes even within the same city.

With such linguistic diversity, you might expect that the service providers in the speech-language pathology field — which involves the evaluation, diagnosis and treatment of a variety of communication disorders — would be equally as diverse. But according to those practicing in it, it’s not.

In a blog post about her own experiences in the field, Flournory wrote that the club aims to foster “an inclusive environment for culturally and linguistically diverse (CLD) individuals within the speech and hearing department to promote the understanding and communication needs of our CLD population and the community served by audiologists, SLP (speech-language pathologists) and related professionals.”

In her undergraduate speech-language pathology program at Appalachian State University in North Carolina, Flournory was one of the only black students. Rather than dissuade her from pursuing a graduate degree in the field, though, that fact only strengthened her resolve. Eventually, it was the multicultural and bilingual programs available at Arizona State University's College of Health Solutions that convinced her to head west. Yet when she arrived, she still found herself among the minority and battling feelings that she didn’t belong.

Then she took Jean Brown’s course on communication disorders in multicultural populations.

“There’s already a baseline level of imposter syndrome that people can feel in grad school,” Flournory said. “It wasn’t until I took that class that I realized other people are interested in talking about issues of diversity in the field as well. And having the chance to have a professor who looked like me in my field was also really powerful.”

Brown, who is also African American, has been teaching the course at Arizona State University for about 25 years. The goal of the course, she said, is to help students become culturally responsive when assessing and treating populations other than their own.

“This kind of content is so difficult to talk about,” Brown said. “Especially from the perspective of being a black woman and all the faces you look at are members of the dominant discourse.” 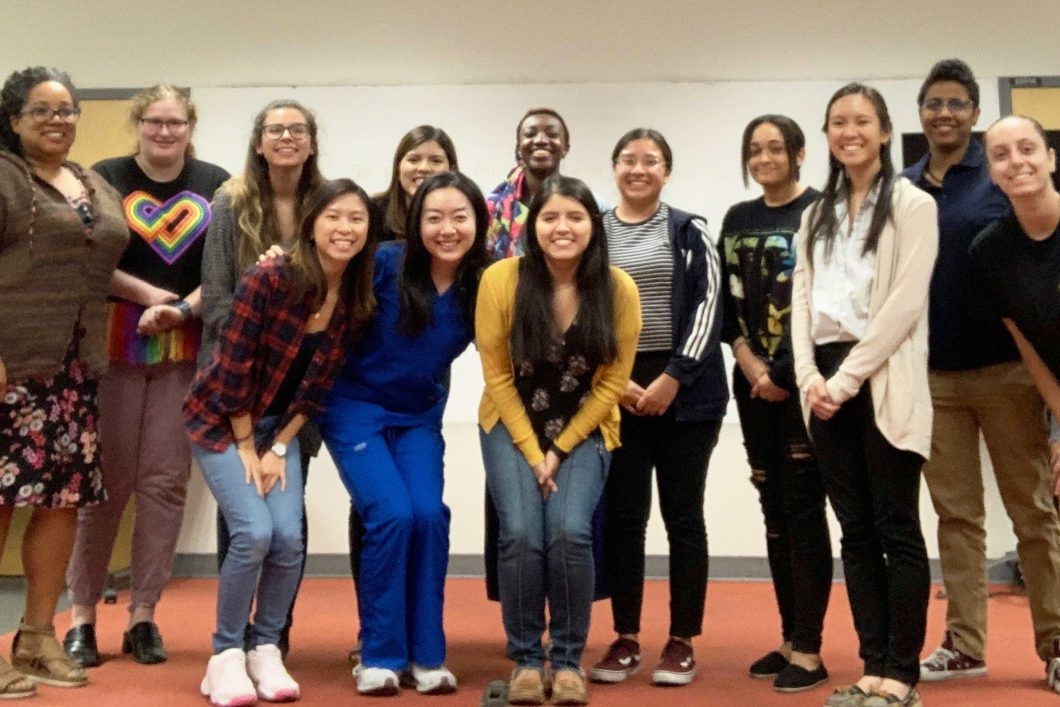 Raised in the southern part of the U.S., with a constant awareness that she spoke differently than others, Brown could relate to Flournory’s feelings of inadequacy; but, like Flournory, they were also what pushed her to keep moving forward.

“Growing up in the South and knowing that you didn’t quite say everything correctly, I wanted to overcome that and help other people at the same time,” Brown said. “Watching the students in my class open up and grow has been wonderful. People are visibly changed by telling their stories. Ronald TakakiRonald Takaki was an American academic, historian, ethnographer and author of Japanese heritage who grew up in Hawaii. said the telling of our stories liberates us. And I believe that, and I think that’s what happened to Nicole and some other students in the class.”

Inspired by Brown’s discussion-based curriculum, Flournory and fellow communication disorders grad students Nathaly Deane and Jennifer Philp designed the club’s meetings to follow a similar model. At a meeting in late February, after everyone had taken a seat and grabbed some pizza, members read an article written by a high school teacher in Long Island about an incident involving his students using racial slurs in the classroom and how he handled it. Afterward, they discussed it first in small groups, then all together.

Flournory shared a similar story about a couple of students at a school in the Phoenix area where she was obtaining her clinical hours.

“Dealing with slurs in particular hadn’t crossed my mind yet, but now I know that’s going to be a thing,” she said. “It’s our job to teach (people with communication disorders) to communicate — period.”

“A huge part of what we do is teach social use of language, especially for those who have lower-level functioning,” Philp added.

Though Flournory, Philp and Deane are graduating this month, they have high hopes that the remaining students in the group will keep SHS4CLD going indefinitely. Maria Dixon, a College of Health Solutions clinical professor and faculty adviser for the group, also intends to stick with it, expressing how important it is not only for students to have discussions and understand how to deal with issues of diversity in language, but to see themselves in the field.

“There’s a big disparity between the populations we serve and the service providers, which is really troubling,” Dixon said.

However, she and Brown are both encouraged by the example students like Flournory have set.

“That is one of the objectives of my class, to take ideas beyond the classroom,” Brown said. “And I think she’s doing a bang-up job.”