Kristen Eckman is a profoundly driven person. She is graduating from the Ira A. Fulton Schools of Engineering this spring with three bachelor’s degrees. She then will return this fall to complete a master’s degree in aerospace engineering by next May. Four degrees in five years is a Herculean accomplishment, but Eckman is someone who thrives in the context of substantial challenges. 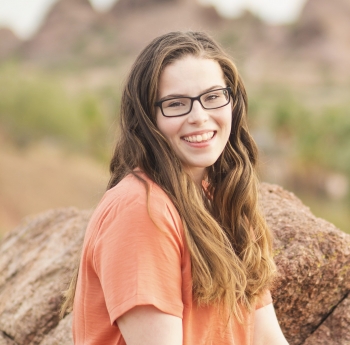 The process of her prolific studies at Arizona State University started when she graduated from high school a full year early at age 16, and the application of credit from AP classes put her on track to graduate from college after just two years.

“I would have been entering the aerospace industry at 18, and that did not appeal to me,” she said. “So, I came up with a plan to combine three major maps to see if they all could be completed in four years.”

Eckman determined that it could be done, and decided to take on the challenge. From what she knew, no one had completed three engineering degrees concurrently in the time most people finish just one. But she also noted that her majors, all offered within the School for Engineering of Matter, Transport and Energy, one of the six Fulton Schools, complement each other in a practical manner.

“Mechanical engineering gives me the basis of how things work, and then aeronautics and astronautics give me unique applications,” she said. “When people ask about the benefit of all three degrees, I say I’ll have the ability to make things work on land, in the air and in space!”

Eckman decided to take one extra year to pursue the Fulton Schools' 4+1 accelerated program to earn her master’s degree because it offered the chance to do more challenging projects in specific undergraduate classes when completing them simultaneously for graduate credit.

“It holds you more accountable for those critical courses,” she said. “Plus, it’s a great ‘bang for your buck’ because the graduate degree qualifies you for a higher-level job, which recovers the cost of that master’s program year. It just makes sense to me.”

Even so, completing four degrees in five years generates enormous logistical challenges. There were times when Eckman says she felt the balancing act was too much. For example, the second semester of her mechanical engineering capstone project coincided with very difficult work during the junior year of her aerospace engineering program.

“That was a tough time for me. There were so many projects and tests. I was thinking that I could just drop my astronautics major and be fine with two degrees,” she said. “But I had a great support system and it turned into a learning moment. I didn't want to give up all that I had worked to accomplish, so I pushed through and figured out how best to manage my time to complete everything. And I'm very glad that I did.”

Internships have played a significant role in Eckman’s undergraduate experience at ASU. As a sophomore, she worked on retrofitting and modifying avionics for Honeywell.

“My day-to-day was very fun,” she said. “I took customer field problems – for instance, one of the screens in a cockpit going black during flight – and recreated them in our lab. I had to then figure out what was causing it to happen, find which connection I could change to fix it and then test the fix until it was stable. I basically got a crash course on how to operate a plane in two weeks.”

Eckman says her time at Honeywell presented a steep learning curve, but she loved seeing how much the Fulton Schools experience prepared her for going above and beyond in her work ethic. It also showed her that she wanted to be involved in systems testing on actual hardware.

She then started interning for Lockheed Martin Space during the summer of 2019, working on testing procedures for satellite ground systems. Following graduation from ASU this spring, Eckman is taking another internship role as a systems engineer at one of Lockheed Martin’s Colorado sites.

She then will return to Tempe in August to finish her master’s degree program. When complete, Eckman would like to become a propulsion test engineer and help to develop the spacecraft that sends the first people to Mars.

“Exploring other planets is the next great space engineering challenge, and I would love to be part of that effort,” she said. “I've always been obsessed with the sky. When I was little, I would watch airplanes and wave to helicopters. So, it would be awesome to help humanity explore other worlds, including wishing Godspeed to the first people leaving for Mars.”

What would Churchill do?

“Never in the field of human conflict was so much owed by so many to so few,” said Winston Churchill in August 1940, a few months after becoming prime minister of the United Kingdom as World War II raged on with terrifying force.It’s a phrase with particular resonance in our current moment, as many of us make small personal sacrifices — like staying home — in order to try to lessen the b... 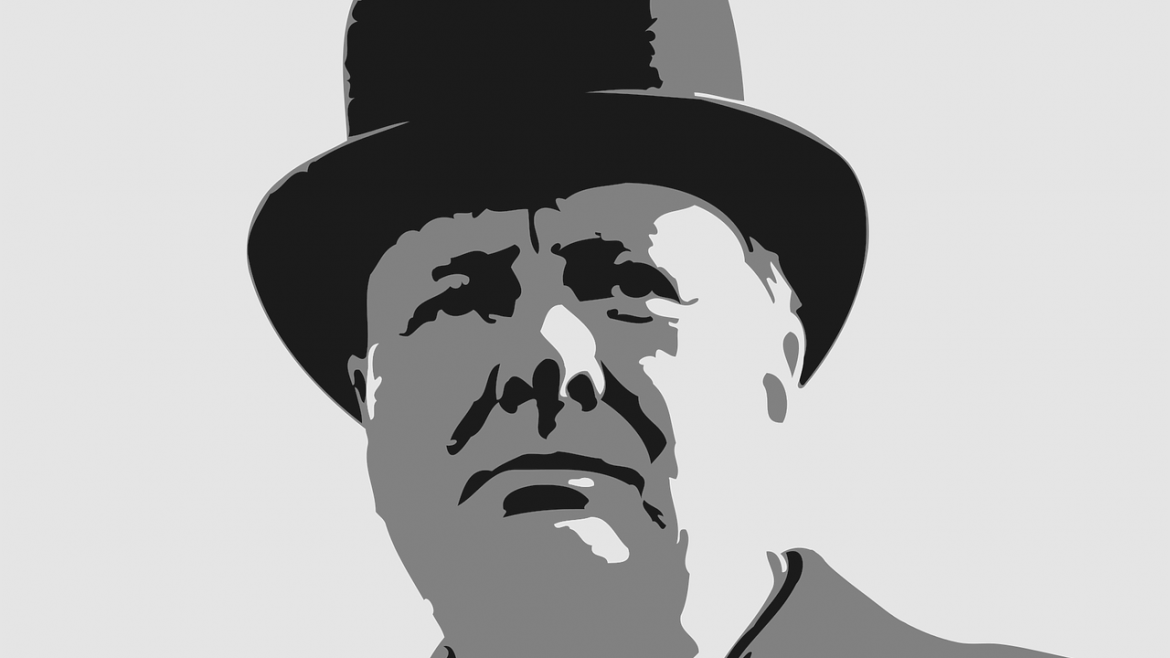 What would Churchill do?

“Never in the field of human conflict was so much owed by so many to so few,” said Winston Churchill in August 1940, a few months after becoming prime minister of the United Kingdom as World War II raged on with terrifying force.

It’s a phrase with particular resonance in our current moment, as many of us make small personal sacrifices — like staying home — in order to try to lessen the blow of the pandemic on our front-line workers, who have made such enormous sacrifices for so many.

We find ourselves reaching for these sorts of analogies, historical examples of crises, because we seek narratives of overcoming, of resolution. Although the analogy between our current crisis and war is imperfect, said Andrés Martinez, a professor of practice at Arizona State University's Walter Cronkite School of Journalism and Mass Communication and and the editorial director of Future Tense, there are unquestionable similarities in “the need for leadership to mobilize society to meet the crisis at hand.” 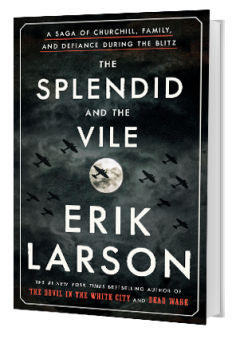 On Tuesday, Martinez discussed leadership in times of crisis — and what we might learn from Churchill’s example — with Erik Larson, author of "The Splendid and the Vile: A Saga of Churchill, Family, and Defiance During the Blitz."

The discussion was the most recent installment in Future Tense’s biweekly Social-Distancing Social series, which has addressed topics from the impact of the pandemic in prisons and jails to the future of the U.S.-China relationship — and even the lessons our pets can teach us in this moment. Future Tense, a “citizen’s guide to the future,” is a collaboration between ASU, New America and Slate magazine.

Churchill’s wartime leadership might seem an improbable subject for Future Tense, but Martinez said Larson’s tale, more than those penned by other Churchill biographers, highlighted the prime minister’s obsession with technology and science, and consequent empowerment of scientists like Frederick Lindemann, aka "The Prof.”

Moreover, Martinez joked at the outset of the discussion, “Churchill, in your account, comes across as someone who truly mastered the art of working from home.”

The prime minister frequently worked from his bed, armed with a cigar, a tumbler full of water and whiskey, and his personal typist nearby.

“If I were Winston Churchill and I was doing this Zoom interview with you right now, I would be in the bathtub,” Larson said. 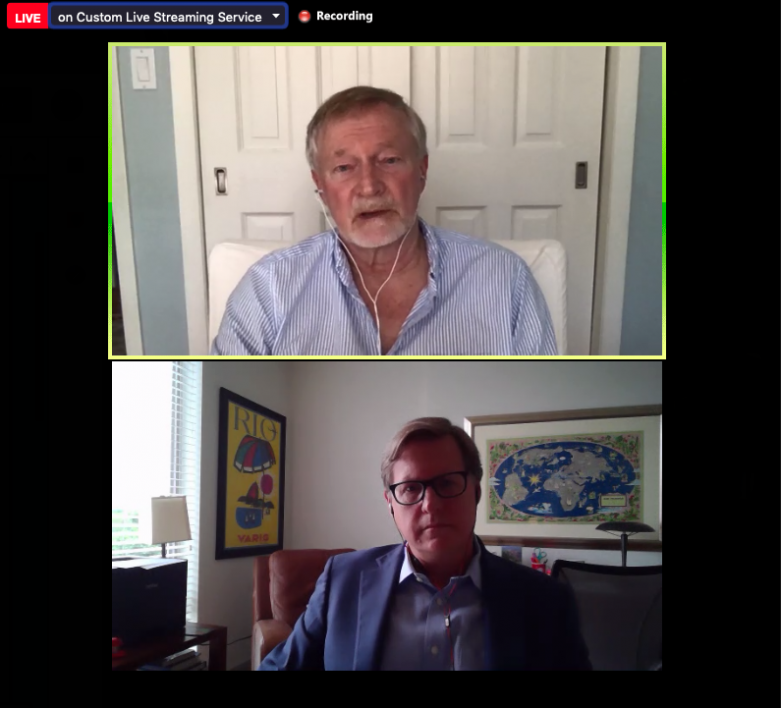 Author Erik Larson (top) discusses leadership in times of crises with Andrés Martinez, ASU professor of practice at the Cronkite School and the editorial director of Future Tense. The talk was part of Future Tense’s biweekly Social-Distancing Social series.

Larson is the author of eight books, including "The Devil in the White City," "Dead Wake: The Last Crossing of the Lusitania" and "In the Garden of Beasts." Larson compellingly reconstructs historical events from different, detail-rich perspectives, bringing readers back in time and then leaving them to ruminate on the present.

The inspiration for "The Splendid and the Vile," said Larson, came when he moved with his wife from Seattle to Manhattan.

“I had this kind of epiphany about what 9/11 had been like for New Yorkers versus what the rest of us had perhaps watched in real time ... the sense of violation of having your home city attacked,” he said. This feeling drew him to write about what it had been like for Londoners to endure the German Luftwaffe’s bombing campaign that lasted 57 consecutive nights.

Larson was interested in the “day-to-day experience,” how people endured terror, lived through it. At first, he wanted to write about a typical London family, but later he turned to the “quintessential London family:” Churchill’s.

One of the key pieces in Larson’s research was the Mass Observation Archive, a collection of diaries written by British citizens reflecting on everyday life. The project started shortly before the war, but the diarists continued their work after the fighting broke out, constructing a unique and intriguing record that details the everyday realities of life during unprecedented crisis. 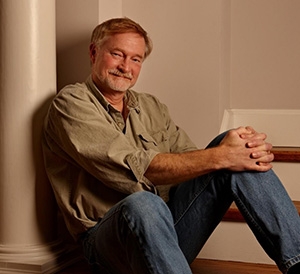 Larson also relied heavily on the diary of Churchill’s daughter Mary, who was 17 when her father became prime minister. Larson is one of two scholars who has been able to consult the diary, which provides yet another window into the everyday, its tragedies inseparable from its small joys, humor and love.

Churchill is often praised for his excellence in communicating “a sense of reason for courage,” as Larson put it. But the thing that made Churchill a great orator, said Larson, was not only his ability to turn a phrase but also the structure of his speeches, his ability to soberly appraise a situation, follow with “real grounds for optimism,” and finally “place people into the grand epic of British history.” He understood the importance of symbolic acts, said Larson.

Churchill, of course, is a nuanced character and a deeply flawed one. Even in his time (certainly before the outbreak of war in 1939), he was perceived to be a somewhat bombastic character from a previous age, and his Victorian enthusiasm for imperialism would be a source of tension with his American allies and significant swaths of the British public in the postwar era.

Larson’s book chronicles Churchill’s critical first year in office (as lived by engrossing characters in his orbit), but its last chapter movingly recounts his final days in office, as the British public voted him out — “ironically,” Larson writes — just two months after Hitler’s defeat. This begs the question, Larson noted, whether people look for different types of leaders during existential crises. Voters had an intense connection with Churchill in wartime, but had a sense he wasn’t the right person to see them through the postwar rebuilding.

What is clear, said Larson, is that empathy was Churchill’s secret ingredient to connect with his people when they most needed inspiration.

“To be an effective leader you have to have a strong, well-balanced moral compass,” Larson said. “And one ancillary effect of having a strong moral compass is that you also are able to experience and express empathy.”