The $100,000 award will support ¡Viva! – A Family-Centered Obesity and Diabetes Prevention Program. Aimairany Torres discusses the nutrition of ramen versus the health benefits of broccoli during the Viva Maryvale program at the Maryvale Watts Family YMCA in Maryvale, Arizona, on Feb. 20, 2019. Download Full Image

The program, launched through ASU’s Edson College of Nursing and Health Innovation’s Center for Health Promotion and Disease Prevention, has seen success thanks to its dedicated community partnerships.

For years, the Center for Health Promotion and Disease Prevention has been collaborating with the Valley of the Sun YMCA and the St. Vincent de Paul Center for Family Wellness to successfully develop, test, refine and expand diabetes prevention programs for children and families.

With this new grant, Dignity Health St. Joseph’s Pediatrics is joining the team and expanding the program to new communities.

Engaging St. Joseph’s outpatient pediatrics clinic will increase the potential for impact of the collaboration to reduce diabetes risk and improve the quality of life for high-risk pediatric patients.

The pediatrics clinic will refer patients with weight or obesity issues and their families to a 12-week program that includes physical activity classes at a local YMCA and hands-on nutrition education classes led by registered dietitians and community health workers from St. Vincent’s Center for Family Wellness.

“We are excited about the opportunity to expand family-centered diabetes prevention programming, and with the Valley of the Sun YMCA serving as the lead agency, we are moving evidence based-interventions into the community where they can have the biggest impact,” said Allison Williams, research program manager at the center. 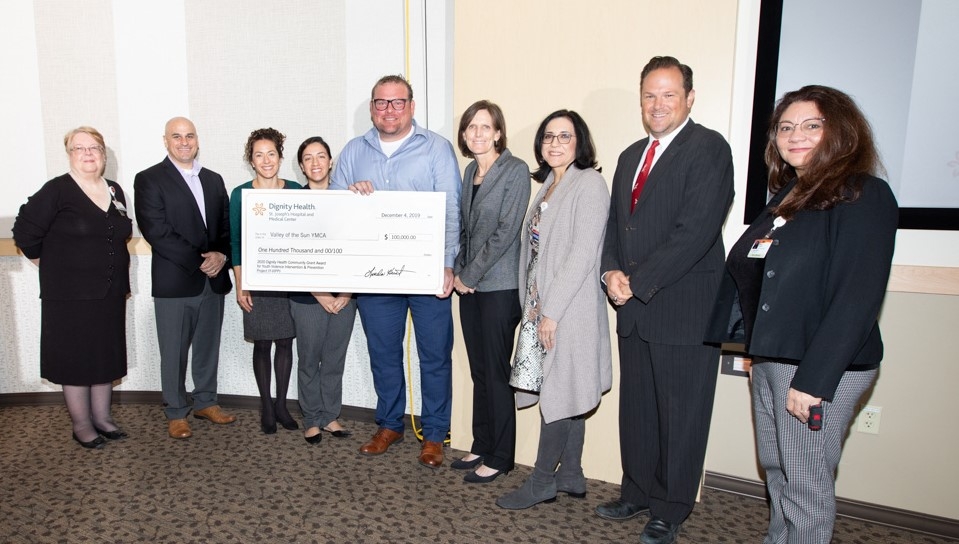 For many, attending a university is a chance to explore topics and passions and improve future career prospects. But for some students, the chance at a university experience and the opportunities that follow can seem out of reach. This can be especially true for children of migrant and farm-working families.Students who come from these backgrounds often face financial and logistical hurdles that c...

For many, attending a university is a chance to explore topics and passions and improve future career prospects. But for some students, the chance at a university experience and the opportunities that follow can seem out of reach. This can be especially true for children of migrant and farm-working families. 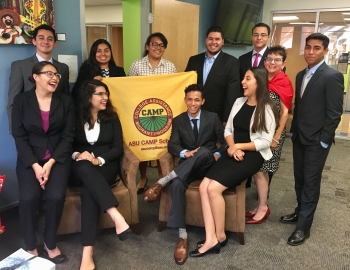 The CAMP Scholars Project, which is federally funded by the U.S. Department of Education’s Office of Migrant Education, seeks to provide social and financial support systems to students who might not otherwise be able to attend a four-year university like ASU.

“Academics is just half the battle,” said Seline Quiroga, program director in the School of Transborder Studies. “We also need to work to create a sense of belonging  — that they belong at ASU, that they're a valued part of the community. It’s important for them to have the skills to very quickly be able to negotiate ASU, the largest public university, and its many layers.”

Victoria Barbosa, a double-major studying psychology and family and human development in The College of Liberal Arts and Sciences, said that she considered the CAMP Project her “home away from home” because of the support she received through it.

“Joining the CAMP Project in my second semester really helped (with adjusting to ASU),” she said. “I could speak comfortably with professional staff in Spanish, voice my concerns to someone that I could relate to and receive the emotional support I needed.”

The CAMP Project was founded four years ago, after Quiroga learned that Arizona has the eighth largest population of migrant students in the nation. She said she wondered, "Why doesn't ASU have any programs for this population?"

“And so I went to my supervisor, Dr. Carlos Velez-Ibanez, and I said, ‘We need this.’ He graciously gave me some release time to work on the grant, which I did along with a grad student,” she said. “We went out and did informational interviews with other CAMP directors, to try to learn as much as possible, and wrote a kick (expletive) grant. We got funded the first time out.”

Quiroga said that when the CAMP Project first started, she and her staff worked hard to bring awareness to the project and to educate the community about what ASU and CAMP were.

The project provides extensive institutional and financial help for students during their first year of college and continues to mentor them as they make their way through school.

The CAMP Project facilitates an early start program to prepare first-year students for school, a mandatory study hall and regular advising appointments. After their first year, CAMP Project Scholars are considered to be alumni of the project.

“The way the grant is structured, we can provide housing awards or help people with books or buying technology, but we can not give that direct kind of support after their first year,” Quiroga said. “So we try to connect them to other resources at ASU.”

Though it’s funded to support 35 students per year, the CAMP Project’s first year of operation recruited a cohort of only 14 students. Now four years old, a total of 113 students have come through the project.

“And now we're at the point where we have a waiting list and people are coming to us,” Quiroga said.

Like Barbosa, Juan Laguna, a senior graduating with degrees in political science and history this spring, was a member of the first CAMP Project cohort. 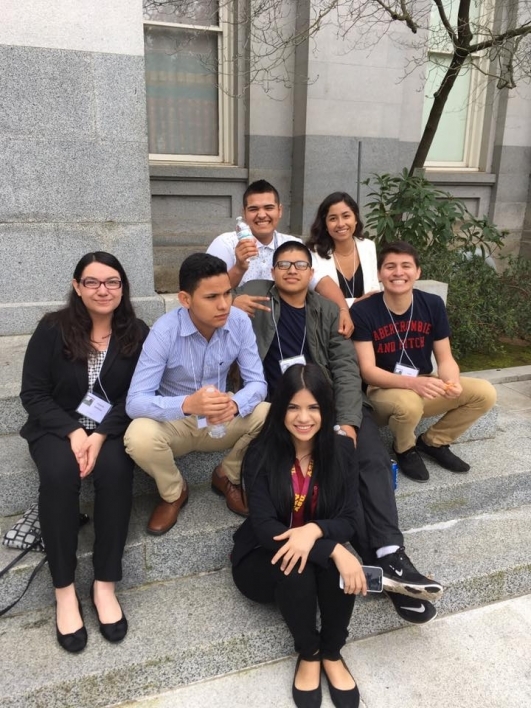 CAMP Project students at a leadership conference in 2017. 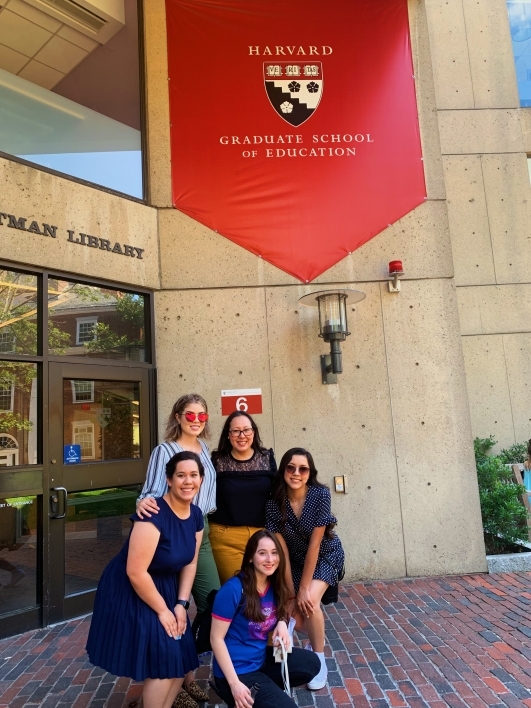 CAMP Project students on their way to a leadership conference. 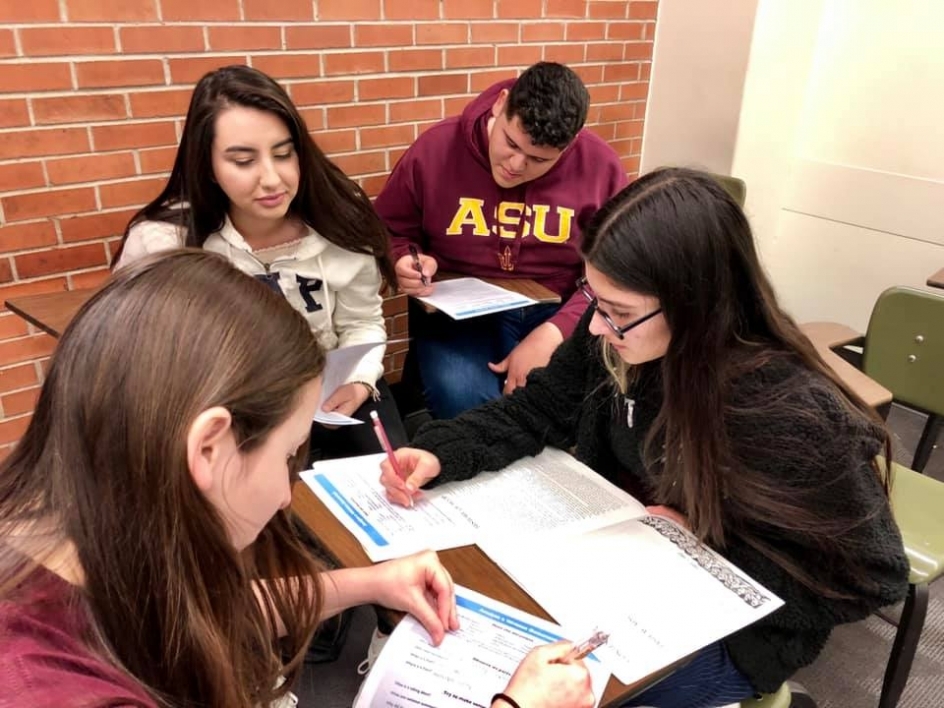 Students are hard at work at a CAMP Project course in 2019. 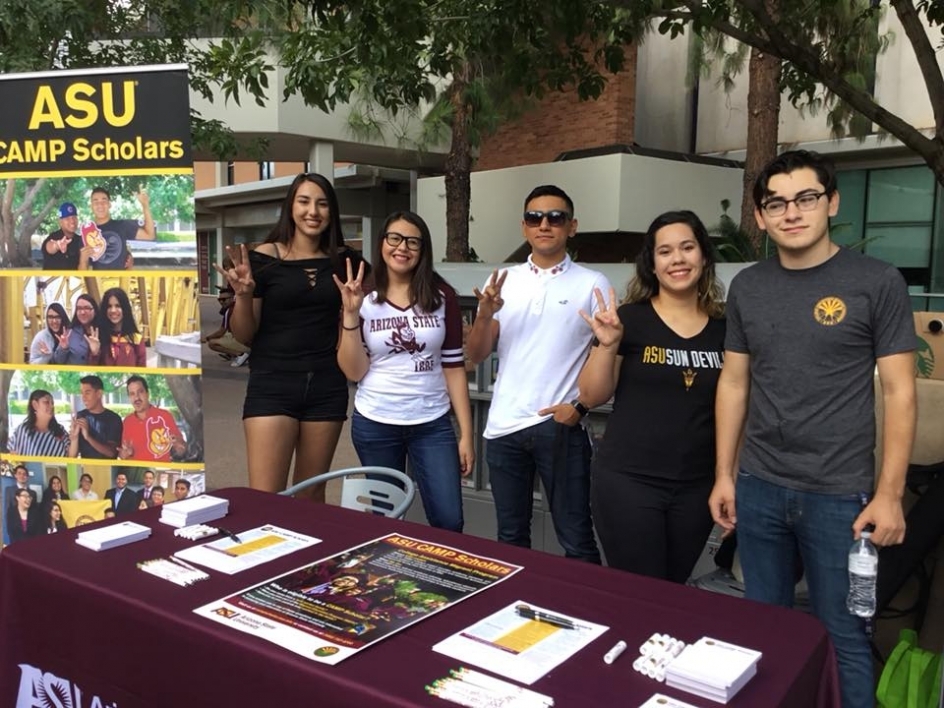 “I spent a lot of time at ASU hanging out with other CAMP scholars,” Laguna said. “That helped me cope with being away from my family, who I missed a lot. But I’d say I found another family in ASU.”

Laguna said that his decision to attend ASU was made partially because of its Army ROTC Program and because of the stipend he received during his first year from CAMP.

“I wanted something bigger — I grew up in a small border town and I wanted to experience a big city like Phoenix,” he said.

Barbosa said after her experience in CAMP, she had an opportunity to work with other CAMP students which led to her discovering what career path she wanted to pursue.

“While at ASU, I worked as a peer mentor for first-year CAMP students for three semesters,” she said. “This was such a rewarding experience because I was able to build a relationship with them and help them navigate through their first year at ASU. This experience also helped me realize that I wanted to work with first-year students in a bigger capacity, ultimately deciding to pursue my graduate degree in higher education.”

Both Barbosa and Laguna credit the CAMP Project with providing them crucial financial, emotional and academic support.

“The CAMP Project helped me through personal development workshops, internship opportunities and guidance to apply for graduate school,” Barbosa said. “I don’t know what I would have done without it.”

Barbosa and Laguna continued to check in with Quiroga for advice and mentorship over the last four years, time that she said went by quickly.

“I think they're both leaders and it's been a joy and a pleasure to see them blossom over the years.”