Humans willingly incur costs to punish selfishness in others, and our societies are likely more cooperative as a result. Across six diverse societies around the world, researchers, including ASU Regents Professor Joan Silk, found similarities in how third-party punishment develops and is influenced by social norms, providing evidence for a universal human norm psychology.

The cross-cultural experimental study, published this week in the Proceedings of the Royal Society B, explored third-party punishment and the impact of the emergence of punishment in children ages 4 to 14. 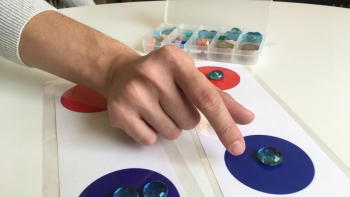 Silk is a research affiliate with the Institute of Human Origins (IHO) and a faculty member of the School of Human Evolution and Social Change. Co-authors on this study include former IHO postdoctoral fellow Bailey House, now at the University of York (U.K.), who began this research with Silk and collaborators on a grant from the John Templeton Foundation while at ASU.

One of the unique abilities of humans is our regular cooperation with large groups of unrelated individuals and our willingness to punish people who violate social norms. Cooperation and punishment are tightly linked.

As Silk explained, “It may seem odd to think of punishment as a form of cooperation. But one of the big problems with cooperation is that people may be tempted to cheat and behave selfishly. But if they think that they might be punished for cheating, they are less likely to do it, and this promotes cooperation. Our previous work has shown that cooperative behavior in children is influenced by information about what the right thing to do is, and now we wanted to know if punishment behavior was also affected by normative information.”

House and Silk enlisted a group of anthropologists and psychologists to conduct parallel experiments in the U.S., Germany, India, Peru, Argentina and Ecuador. In four of the six societies, children were more likely to punish selfish choices than generous choices, and this pattern emerged by the time they were about 9 to10 years of age. In these societies, children were more strongly affected by the norm that instructed them that punishing selfish choices was the right thing to do than by the norm that instructed them that it was good to punish generous choices.

The researchers found that children’s prior knowledge of local norms played an important role in explaining societal variation in the development of punishment and prosociality. Children in some societies seem already to be certain that punishing generosity is incorrect, but they are less certain about whether punishing selfish behavior is correct.

“Our study suggests,” Silk said, “that cooperation and punishment develop in parallel and are both shaped by the development of sensitivity to normative information, and this process unfolds in a similar way in a diverse range of societies.”

Cooperative behaviors, which differ from one country to another, from one community to another, can make the world an interesting — though sometimes challenging place — to live. But, these differences in behavior may be based on a deeper similarity, a shared window when children across societies begin adopting the cooperative social norms of the adults around them.Researchers Bailey House of t...

Cooperative behaviors, which differ from one country to another, from one community to another, can make the world an interesting — though sometimes challenging place — to live. But, these differences in behavior may be based on a deeper similarity, a shared window when children across societies begin adopting the cooperative social norms of the adults around them.

Researchers Bailey House of the University of York in the United Kingdom and Joan Silk of Arizona State University led an international team of collaborators working in eight societies around the globe in a cross-cultural study of cooperative behavior in children and adults. The participating groups differ widely in the size of their communities, their subsistence strategies and locations — from urban communities in Germany, the U.S., Argentina and India, to rural communities in Ecuador, Vanuatu and Argentina, and hunter-gathers in Tanzania. The results of this research are published this week in Nature Human Behavior. 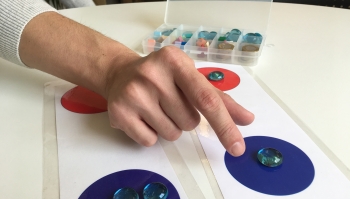 Players in the Dictator Game choose between a generous and a selfish option. Download Full Image

House is an assistant professor of psychology and a former postdoctoral researcher at ASU. Silk is a research affiliate with the Institute of Human Origins and professor in the School of Human Evolution and Social Change.

The researchers used a simplified version of the “Dictator Game” for the experiments. In the Dictator Game, adults and children ages 4 to 13 are given a choice between two options — a “generous” option provides one reward (some kind of desirable food item) for the subject and one reward for a peer. The “selfish” option provides two rewards for the subject and none for the peer.

Earlier research found that there is a wide variety of responses across cultures to this game, so the researchers were not surprised to find cultural variation in the responses of adults in the experiments. But how can we know if this cultural variation is due to differences in social norms?

“If social norms matter,” said House and Silk in an accompanying blog for Nature Human Behavior, “then people’s behavior in the Dictator Game should be at least partly influenced by the beliefs of other people within their own societies. And that is what we found.”

In children, societal variation in generous choices did not emerge until children reached middle childhood (around 8 to 10 years of age), as children’s choices began to converge on the behavior of adults within their own societies. At about the same age, children in all societies also began to more strongly respond to social norms: They shared more when they were told that the generous option was “right,” and they shared less when they were told that the selfish option was “right.” This suggests that children, like adults, are influenced by social norms — and that this influence increases substantially during middle childhood.

“One of the implications of the study,” said House, “is that we should start to pay attention not just to what children know but why they start to follow social norms. The next step is to pose the question of what is happening in a child’s development between the ages of 8 and 12 that makes them more responsive to social norms around them. The goal of the work is to better understand how culture and psychological maturation work together to produce human diversity in cooperation and other behaviors.”