The American Council of Learned Societies awards fellowships to humanities and social science scholars each year, and this year Arizona State University Assistant Professor of history Hannah Barker is a recipient.

Her project, “Race, Slavery, and the Law in Medieval Italy," was chosen for the fellowship. The new project has grown from her previous book project, which she had worked on for a decade. 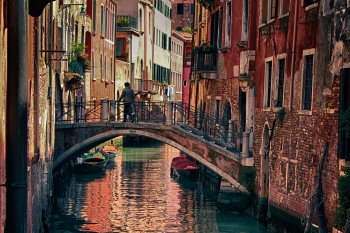 “My previous project was about the trade in slaves from the Black Sea to the Mediterranean during the late medieval period, 13th to 15th century,” Barker said. “That project had more of an economic focus.”

The new project will take a legal and intellectual focus and instead of focusing on the slave trade hubs in the Mediterranean such as Cairo, Genoa and Venice, it will deal solely with the Italian context.

Barker has been interested in the history of slavery and the slave trade since her first semester of graduate school. The idea for this project came when she took her first archival trip to Venice.

“I spent a lot of time reading through notarial registers, big notebooks with abbreviated versions of all the legal documents drawn up by a particular notary throughout their career,” Barker said. “I found a lot of sale documents in which the notary wrote down a label for an enslaved person, then crossed it out and wrote a different label above the line or in the margin. In other words, the notaries were making mistakes, and they knew that they were making mistakes.

“When Italian notaries drew up documents for the parties involved in a slave sale, they followed certain formulas. The formula for a slave sale included the enslaved person’s name, gender, approximate age and a label like Tatar, Bulgar, Greek or Turk. Those labels had important implications for the person’s legal status and their status as a commodity.”

Barker wants to know what those labels meant, how the notaries decided which label applied to each enslaved person and why they might have made mistakes.

“How could a notary not be sure whether a particular person was a Bulgar or a Tatar?” Barker said. “How did they make those decisions, and what happened to change their minds or cause them to realize that they had made a mistake? If the labels weren’t very reliable and notaries knew that, why did they still include them in the documents?”

The fellowship will allow Barker the means to travel and spend time in the archives of Genoa and Venice where she can read original documents and manuscripts. As she searches for answers to her many questions, she hopes to understand the best term to express medieval ideas about human difference and the power relations of slavery. 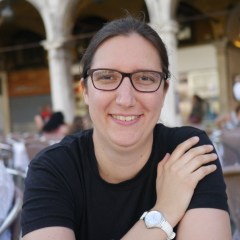 “I learned that medieval people owned slaves and that their justifications for the existence of slavery were based on the idea of a fundamental set of differences between slaves and masters,” Barker said. “However, the connection that we take for granted between African origin, dark skin, the color black and slave status did not apply in the medieval context because most of the slaves were neither of African origin nor described as black.”

Barker thinks a better understanding of these medieval ideas will provide a new perspective on contemporary ideas about human difference, power and race.

“Dr. Barker’s work is important because it sheds light on how ‘race’ was understood in parts of Europe during the middle ages and how these categories functioned in economies of slavery,” said Richard Amesbury, school director and religious studies professor. “Calling attention to both differences and similarities with contemporary concepts of race, her research challenges the historiography of this legally constructed and contested identity marker.”

She plans to write a book based on the research she’ll gather during the fellowship and expects to have some spin-off articles or other projects along the way.

“I’m really looking forward to having the time to immerse myself in the sources and think deeply about what they imply,” Barker said.

In addition to the award from the American Council of Learned Societies, Barker was also awarded a Gladys Krieble Delmas Foundation Venetian Research Program Grant and a Franklin Research Grant from the American Philosophical Society for this project.

ASU is taking measures to replace plastic straws with paper ones in all retail locations by Earth Day 2020. “ASU is committed to a more sustainable and resilient future through our multifaceted approach and coordination across the university,” said Alana Levine, director of Zero Waste and Ground Services in Facilities Management.In fall 2019, Engrained was the first ASU location to convert to... 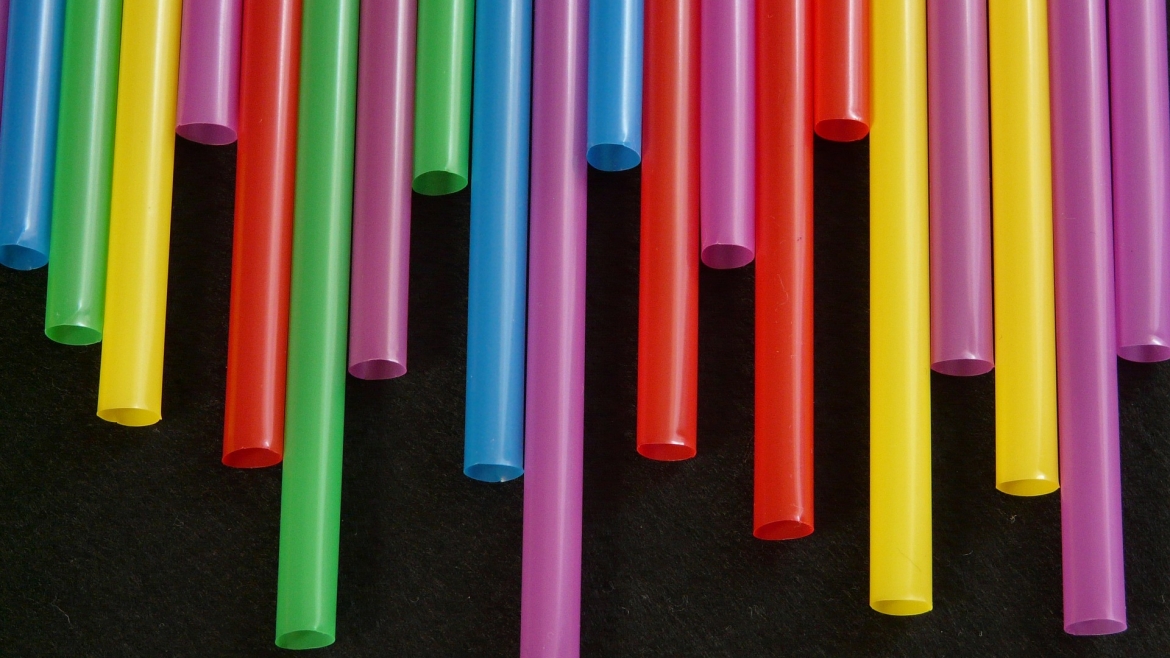 ASU is taking measures to replace plastic straws with paper ones in all retail locations by Earth Day 2020.

“ASU is committed to a more sustainable and resilient future through our multifaceted approach and coordination across the university,” said Alana Levine, director of Zero Waste and Ground Services in Facilities Management.

In fall 2019, Engrained was the first ASU location to convert to paper straws. This spring, many food retail locations in the Memorial Union also began using paper straws.

ASU has partnered with Aramark to make positive changes through operations and consumer awareness. Sun Devil Dining has begun to reduce single-use plastics, starting with straws and stirrers. 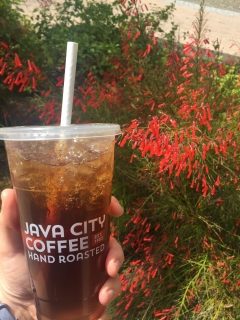 According to recent institutionwide waste characterization, 8.1% of ASU’s total waste is made up of nonrecoverable, single-use plastic items. Nearly 1.5 million pounds of annual waste could be diverted from landfills with appropriate measures.

The Zero Waste department and University Sustainability Practices also are working with other ASU partners to disrupt single-use items. Their efforts align with the university’s sustainability goals and vision of creating a circular resource system with a 90% waste diversion by 2025.

ASU has made recent progress in reducing single-use plastic consumption in these ways:

• 1,682 Zero Waste cups sold at Green Games during the 2018 Sun Devil Athletics season attributed to 1,314 refills and diverted 3,000 single-use cups from the landfill.

• Raffle for Reuse at ASU staff barbecue encouraged staff to bring utensils, which led to 198 participants.

To increase efforts in reducing single-use items, ASU is seeking opportunities to educate consumers and influence behavior, which include:

• Bring-your-own giveaways and campaigns that focus on reusable items, such as cups, mugs, straws and utensils.

• Increasing the number of drinking fountains with refillable bottle stations.

• A pilot program will feature bagless trash and recycling containers.