In the spirit of physical distancing and in honor of the concert halls around the world that have fallen silent, the ASU Wind Bands in Arizona State University's School of Music have responded to the move to online music-making by creating a virtual collaboration.

“At its best, band is community,” said Jason Caslor, associate professor and director of wind ensembles in the School of Music. “Since we are no longer able to come together to make music, I wanted to create a virtual community where everyone involved could contribute to something in some small way.” The ASU Wind Bands’ first remote project was a mash-up by the ASU Wind Ensemble inspired by American experimental composer John Cage’s "4’33”." Written in 1952, "4'33"" was Cage’s way of expressing his belief that any sound had the potential to be considered music.

In the three-movement composition written for any instrument or combination of instruments, Cage instructs the performers not to play their instruments during the entire duration of the piece. To substantiate his belief that any sounds may constitute music, Cage visited an anechoic chamber at Harvard University designed to completely absorb all sounds made in the room. He expected total silence but discovered he still heard two sounds — one high (his nervous system) and one low (his circulating blood). Cage’s realization that true silence was impossible led to the creation of "4'33"."

In addition to creating a virtual community for the students, Caslor said he also wanted to provide them an opportunity to slow down and be in the moment.

“In the big scheme of things, '4’33”' is not a long time to be present with oneself and the sounds around us,” Caslor said. “However, our current culture has created a scenario where we are made to feel guilty for taking a long, deep breath, even if only for (four minutes and 33 seconds).”

Julia Lougheed, DMA student in clarinet performance, said that a large portion of her time has been spent in rehearsal — working with others, trying out new ideas with fellow musicians and collaboratively making art. When she was suddenly informed that she would not be able to rehearse with her colleagues, Lougheed said she felt shocked, alone, confused and isolated.

“I've been experiencing grief for the collaborative musical life I had grown to know so well,” Lougheed said. “It was incredibly helpful to create something with my fellow musicians. Even though we weren't in the same room together and the experience certainly wasn't the same, to watch the video of the final contributions and know this project was something we had created together provided great comfort.”

Dylan Suehiro, MM student in conducting, said he found himself reflecting deeply on the current situation and what it meant to be connecting with colleagues in this new mode.

“Cage’s '4’33”' challenges the definition of musicianship and the musical experience, and this sudden shift in our entire way of life is doing the same,” Suehiro said. “Through this project, we were able to create a space where we can all listen to our own thoughts within the silence of our solitude. I am grateful to Dr. Caslor for bringing our musical community together in a different way, one no less meaningful than a conventional performance.”

“Nothing can replace being in the same room, breathing together, moving as one and being surrounded by all of the sounds being created,” Caslor said. “When we come out of this period of self-isolation, I firmly believe there will be an increased need to come together in order to participate in collective experiences that are so much bigger than ourselves as individuals.”

March 24: Putting The Band Back Together (preview) — Building on the final soundscape, ASU Wind Ensemble members were invited to revisit the video and respond by way of an improvisation. Their initial “silence” was replaced by this new musical offering.

April 1: Putting The Band Back Together (Final): The final version of ASU Wind Ensemble students’ submitted soundscapes, pictures and improvisations that reflects their current state of being.

Thought Huddle podcast: Time for caring at home — and on the frontlines

In this time of coronavirus crisis, how do we best care for others and ourselves? And how do nurses in particular manage amid this pandemic?In a new Thought Huddle podcast, Teri Pipe, Arizona State University’s chief well-being officer, and founding director of ASU’s Center for Mindfulness, Compassion, and Resilience, talks about the psychological and emotional challenges of navigating this...

Thought Huddle podcast: Time for caring at home — and on the frontlines

In this time of coronavirus crisis, how do we best care for others and ourselves? And how do nurses in particular manage amid this pandemic? 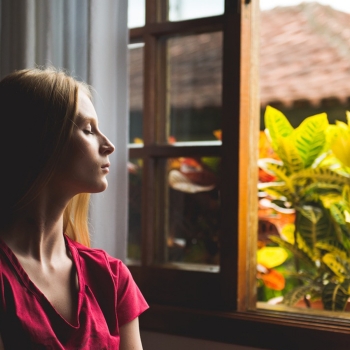