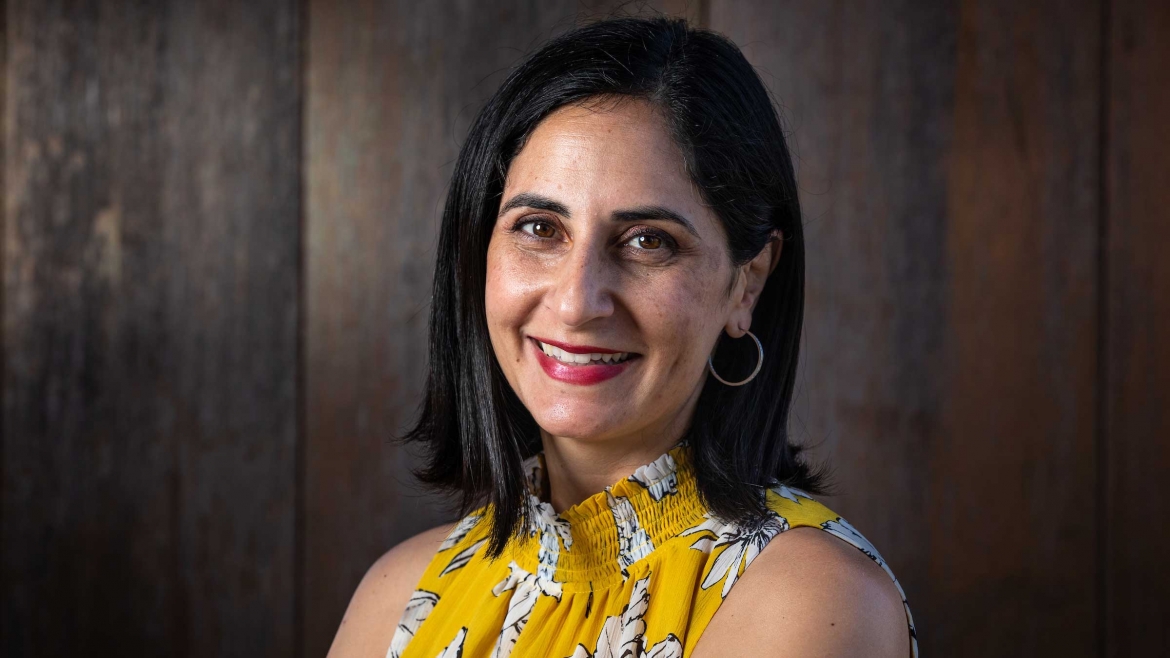 Her duties will include overseeing 13 academic units, which serve thousands of students

She’s making the transition from director to dean, and she is ready for her new role as a featured player at Arizona State University.

Mahdavi, the director of ASU’s School of Social Transformation, was recently named the new dean of social sciences for The College of Liberal Arts and Sciences.

And she’s delighted with her new designation.

“I was pleasantly surprised and quite honored,” said Mahdavi, who was hired from the Josef Korbel School of International Studies at the University of Denver in July 2019. “I’m excited to continue in this important leadership role at ASU because I think I bring a strong vision for the social sciences. I’m thrilled because I feel that I’m in an environment where I can really thrive and work collaboratively.”

“Pardis brought to ASU a strong record of leadership and as the director of the School of Social Transformation, she has increased the visibility of the school through building bridges with partners like The Guardian and Ms. Magazine, and she has been partnering with faculty in other ASU schools to implement a project on belonging and inclusion,” Searle said. “Pardis also started SST’s first advisory board and with it a commitment to philanthropic investment in the school.”

Mahdavi believes the university can be transformative when it comes to the social good of society.

“ASU is already making a profound impact in the social sciences and can be a model for other programs around the country,” said Mahdavi, who has focused her academic career on diversity, inclusion, human trafficking, migration, sexuality, human rights, feminism and public health. “We are doing such important and innovative work here in the social sciences at ASU — we need to tell this story to elevate our visibility and continue leveling up.”

Mahdavi's approach to higher education has been informed by her personal journey as an Iranian-American woman growing up in the U.S., as well as her training as an anthropologist where she learned to be reflexive about complex power dynamics.

She has published five single-authored books and one edited volume in addition to numerous journal and news articles. She has been a fellow at the Social Sciences Research Council, the American Council of Learned Societies, Google Ideas (Jigsaw) and the Woodrow Wilson International Center for Scholars. Mahdavi has also consulted for a wide array of organizations including the U.S. government, Google and the United Nations. In 2012, she won the Wig Award for teaching at Pomona College.

But she feels like she won the lottery when she landed in Tempe.

“I have never felt like I have fit in as well at any other academic institution as I have with ASU,” said Mahdavi. “This university fits my style of leadership. It fits so many of my core values like intentionality and interdisciplinarity. All of these things you can see manifest so powerfully at ASU.

“I’m eager to build upon the great work that’s already been done.”

It’s a beautiful day at the ancient city of Teotihuacan. The Avenue of the Dead isn’t too crowded, you see from where you stand on top of the Pyramid of the Moon. On your left lies one of the city’s resident dogs, enjoying the sun.Today you will explore the city and its history with distinguished and award-winning anthropologist and archaeologist Professor Emeritus George Cowgill of Arizona ... 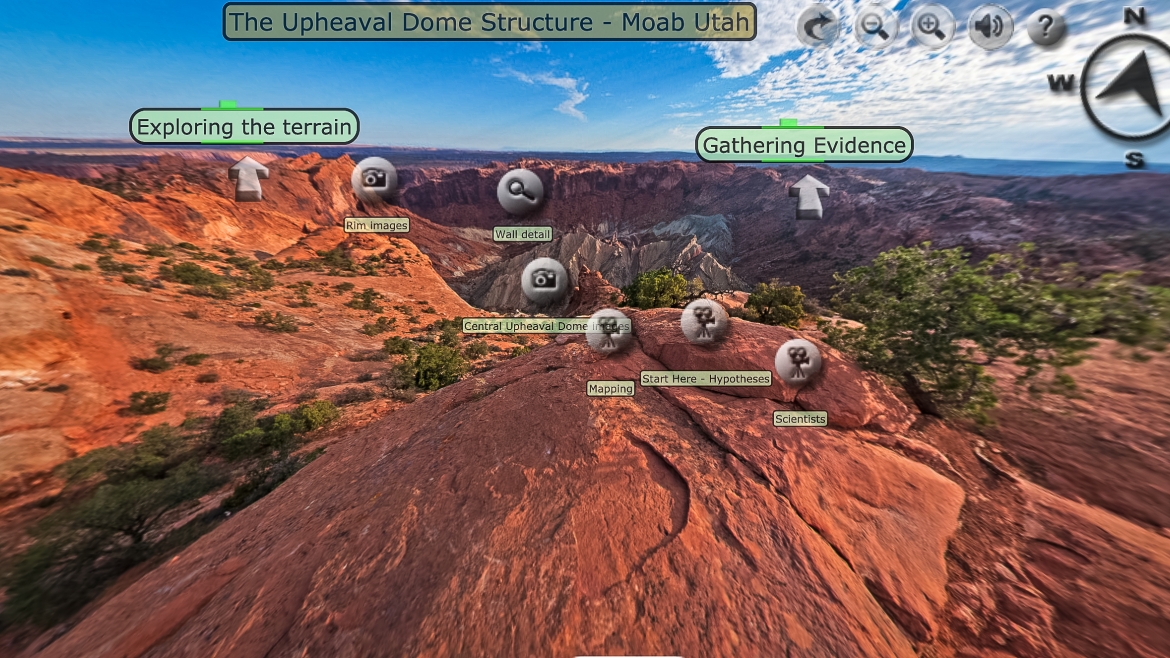 Through the Center for Education Through Exploration, learners can experience field trips with experts — via laptop

It’s a beautiful day at the ancient city of Teotihuacan. The Avenue of the Dead isn’t too crowded, you see from where you stand on top of the Pyramid of the Moon. On your left lies one of the city’s resident dogs, enjoying the sun.

Today you will explore the city and its history with distinguished and award-winning anthropologist and archaeologist Professor Emeritus George Cowgill of Arizona State University. Cowgill has been significant in his contributions to the archaeology of Mesoamerica with most of his archaeological fieldwork and analysis centered on Teotihuacan.

It’s going to be a great day. And it will all happen on your laptop.

Online field trips have exploded in popularity since the pandemic sent the entire country home. For crazed parents trying to homeschool their children, they are almost as valuable as quiet time.

“There’s definitely been a surge of interest and users in the last 10 days,” said Ariel Anbar, ASU’s Center for Education Through Exploration director and education innovator of the center's suite of offerings, including Virtual Field Trips (VFTs).

Among the classes and learning experiences offered by the center are 19 immersive virtual field trips, covering topics such as geology, early life, the extinction of the dinosaurs, astrobiology, volcanism, and early civilizations.

Students can visit the rainforest or the Australian outback any time they want. The trips are designed with a philosophy of learn by doing, Anbar said.

“The student is learning through a lot of trial and error, experimentation,” he said. “They have a lot of options and they have to figure their way through things. We know from research that that type of learning is usually superior when it’s done well. We learn by doing, so having online experiences that are of that type, as opposed to other online experiences where you’re just watching a video, is superior. And it can be superior to an in-person lecture. Those are a couple of advantages.”

All of the projects offered by the center push students to be problem solvers, not fact regurgitators.

“That’s our aspiration, to produce problem solvers,” Anbar said. “You’re not going to get there without putting people through lots of learning experiences that train you to do that, that reward you for doing that, that inspire you to do that. That’s necessary. We see that as a solution and we see ourselves as part of the solution.”

Some of the projects are geared toward entry-level college students and some are good for all ages. Infiniscope was created by ASU’s School of Earth and Space Exploration and NASA’s Science Mission Directorate to invite learners of all ages to explore space exploration.

The first wave of online teaching tried to emulate a classroom. Think TED talks. These are way more than that.

“That’s fine for what it is, but a computer can do more than serve up videos and Powerpoint slides,” Anbar said. “Look at gaming. Computers can serve up a very immersive, addictive experience. We’re trying to bring that into education. … We’re trying to master the medium of teaching through a computer.”

“That’s like asking me to pick my favorite child,” Anbar said. “It’s a suite of VFTs that expose the learners to the fact that we have evidence of an impact that wiped out the dinosaurs all around the world, in multiple locations and walks them through that evidence. I think it’s really cool to see those field sites. One of the most famous field locations in all of geology, the place where we first discovered evidence of a big meteorite impact at the time the dinosaurs became extinct is this roadcut by the side of a highway. You wouldn’t know was anything special if you just drove up to it. Just seeing a photograph of it doesn’t really give you that context. In a 3D immersive environment where you can turn around and see, ‘Oh, 10 feet behind me is a highway.’ You learn just by seeing - not by someone telling - that profound geology can be in all kinds of places you wouldn’t expect. I think that’s really cool, just getting that kind of context out of it is powerful.”

The Grand Canyon virtual field trip was put together in a two-week river expedition. Expert scientists give lectures along the way, through videos in the right places.

“That’s an experience very few people ever get to go on,” Anbar said.

And that's where VFTs come in.

“What you’re seeing and why it’s important, that’s an experience very few people will ever have. It’s pretty powerful.”

Top image courtesy of the Center for Education Through eXploration.