The demand for doctors and nurses has been growing for years, but it’s never been more urgent since the sudden arrival of the COVID-19 virus in the U.S.

States are looking for ways to get more medical professionals to the front lines of the fight against the spread of the virus. Doctors and nurses in many states have come out of retirement. 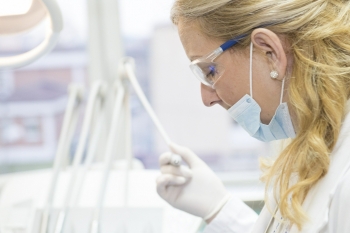 To better understand how states can address the current and future pandemics, we talked to Stephen Slivinski, senior research fellow for Arizona State University's Center for the Study of Economic Liberty. 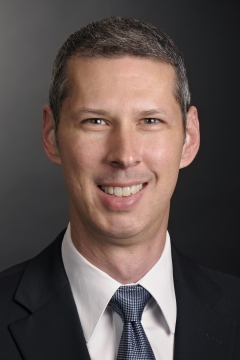 Question: What are some challenges that prevent states from increasing the number of medical professionals in a state to assist in this pandemic?

Answer: States require a license to operate in many occupations — like a doctor or lawyer, but also very often those that don’t require a college diploma, like a barber or a landscape worker, for instance. Even if you have a license in your state of origin, moving to a new state often means having to get a whole new occupational license. This requires lots of time, particularly in terms of required training hours that may be unnecessarily duplicative. That could mean substantial time out of the workforce and discourages voluntary movement of workers from one place to another. In the case of the fight against the novel coronavirus, it consumes time that many patients and doctors simply don’t have.

Q: Is there a solution to this problem?

A: There is a solution to this problem. It’s an idea that began to gain popularity before the widespread appearance of COVID-19. It’s an idea that I discuss and explain in my newest study from the Center for the Study of Economic Liberty at ASU: “You Can Take It With You: A Case for Occupational Licensing Reciprocity.”

Q: What is universal license reciprocity?

A: Perhaps better described as “universal license recognition,” this is when a state agrees to recognize a license in good standing from another state and grants a new state license to allow the new resident to work immediately. It’s the equivalent of how states treat driver’s licenses from other states, except in this case for occupational licenses.

Q: Are any states using universal license recognition to assist in the pandemic?

A: Massachusetts, Maryland and Colorado are just three of more than a dozen states that have quickly transitioned to some form of universal recognition of medical licenses over the past few weeks. In their current form, these are only temporary — it has the force of law as long as the executive orders that mandated this policy change remain in effect.

A more durable and long-lasting universal recognition of out-of-state license will require change of state law once legislatures return to regular order. At that time, states — like Utah, for example — can follow the lead of states like Arizona and Pennsylvania that have already passed such a reform.

A: Universal recognition of licenses isn’t just an important response to a radically increased demand for medical professionals in a pandemic. It will also be important to many other types of workers once the pandemic passes. It’s too early to tell what the economy will look like when that happens. The economic consequences of differing responses state governments have taken to slow spread of the virus will impact each state differently. Consequently, the economic recovery will be just as varied.

Therefore, when the freedom of movement has been restored and things begin to get back to normal, discouraging people from moving to where the best economic opportunities for them are will hinder both their economic well-being and that of states as a whole. Keeping occupational licensing barriers in place would be like instituting a different form of “shelter in place” — this time, it would be one of an economic sort by restricting their job opportunities and their economic mobility.

We will learn many lessons as a result of this period in history. Hopefully one of them will be the benefits a reduction in the barriers that occupational licensing policies create — not just today in the fight against the coronavirus, but in the future as a means to increase human well-being.

Editor's note: This story is being highlighted in ASU Now's year in review. Read more top stories from 2019.The Arizona Legislature recently passed HB 2569, a bill that would loosen occupational licensing laws in the state by recognizing out-of-state licenses as valid. Gov. Doug Ducey has been a vocal supporter of universal licensing recognition, suggesting that a person’s skills don’t dimin... 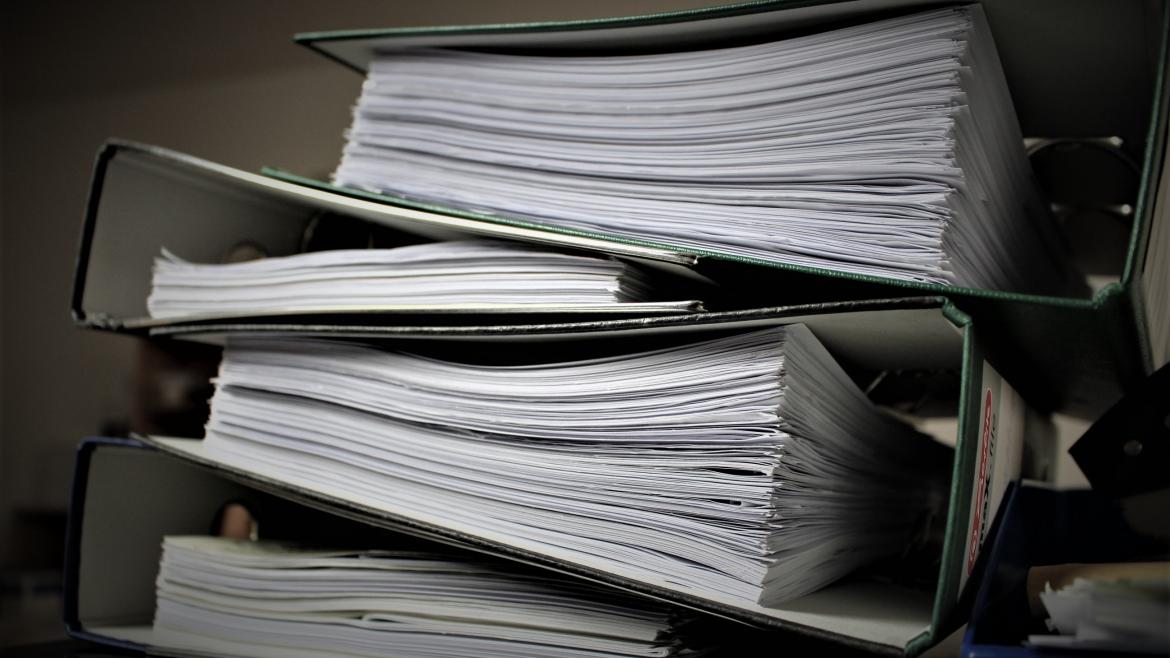 HB 2569 will recognize out-of-state occupational licenses, opening up ability to work in Arizona for many

The Arizona Legislature recently passed HB 2569, a bill that would loosen occupational licensing laws in the state by recognizing out-of-state licenses as valid. Gov. Doug Ducey has been a vocal supporter of universal licensing recognition, suggesting that a person’s skills don’t diminish when they cross state lines, and the change will allow those who have moved from other states to “work faster and without all the red tape.”

To better understand the role of occupational licensing and what this change would mean for Arizona’s businesses and residents, ASU Now spoke with Stephen Slivinski, senior research fellow at the Center for the Study of Economic Liberty at Arizona State University.

Question: What is occupational licensing? What kinds of jobs in Arizona require a license? 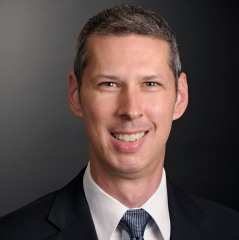 Answer: Occupational licensing laws — which are state-specific laws that vary by state — require workers in certain occupations to first obtain a license from a government licensing board before they can hold a job in that field. Not all occupations in Arizona require a license, but many do.

The requirements to obtain a license vary by occupation and state, and generally consist of meeting a minimum number of training hours and paying a fee. Some licenses may require a specific degree, like a high school diploma or a college degree, or an apprentice period with an existing license holder. All states license doctors and lawyers, for instance, but not all states require a license for occupations like interior designer or animal breeder (and yes, some states do).

Currently, Arizona ranks as having one of the top five most burdensome licensing requirements in the nation overall, both in the number of occupations that are licensed and the number of training hours required. These burdens hit low-income workers the hardest: Over 65% of low-income occupations in Arizona require a license, and those jobs have some of the heaviest financial and training-based requirements when compared to other states.

Q: What would this bill do?

A: This bill would allow anyone with an existing license from another state — in good standing — to have instant reciprocity with Arizona. In other words, they would receive a “seal of approval” from the state of Arizona once they establish residency in the state, without having to take an Arizona licensing exam or logging the prescribed hours of training.

The bill does allow the state to decline this right of reciprocity for a disqualifying criminal history. Certain occupations would not be granted instant reciprocity, including those that require a security clearance.

Q: Will granting reciprocity weaken the ability of the state to protect consumers?

A: These laws are often justified on the basis that the state has a compelling interest in protecting consumers and citizens from “bad actors” or safeguarding public health. However, there is a consensus among economists and scholars that these requirements often do not line up with the actual risk to public health and safety. Barbers in Arizona, for instance, are required to log over 1,000 hours of training before they receive a license, while emergency medical technicians have to log 110 hours.

Academic studies have also found no significant difference in public health and safety outcomes in states that have higher licensing burdens when compared to those that are closer to the national average.

Q: What are the advantages to reciprocity?

A: The main advantage of license reciprocity is increased competition in licensed service sectors and, therefore, more choices and lower prices for consumers. It also makes Arizona instantly more attractive to workers and entrepreneurs already looking to relocate to Arizona to take advantage of our other competitive advantages, like climate and cost of living.

Studies indicate that interstate mobility — the likelihood that someone will relocate to another state to find work — is greatly reduced when licensing processes are perceived to be burdensome. Moreover, current Arizona residents who have avoided working in a particular field because their license is from another state can now work in a field that previously seemed off-limits. This sort of reform will have benefits to workers and employers as well as consumers.

Q: Do you expect this bill will encourage other states to grant licensing reciprocity? Will this become a trend?

A: I think this change will make Arizona instantly more attractive for workers and employers looking to relocate out of their current state. If this proves to be a compelling reason for people to relocate, it is very likely that other states will follow suit to try to gain a competitive edge. The Arizona reform is the first-of-its-kind in the nation so we will need to wait and see how this all plays out.

Views expressed in this interview belong solely to the professor, and not necessarily to the university.