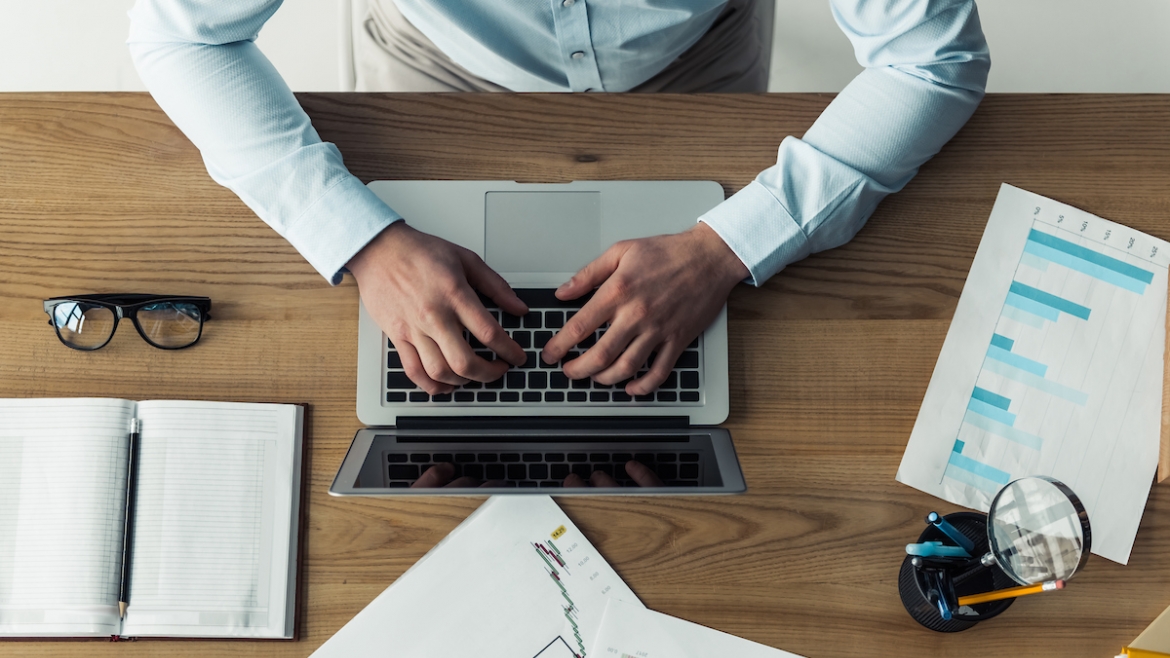 Battling burnout and finding your 'core genius' at work

Americans are often stressed out by work. And given the current global pandemic and social distancing guidelines, workers might feel added pressure in the days or weeks to come. Fortunately, there are ways to battle the burnout, especially as more businesses transition into virtual work zones.

Sarah Tracy, a professor of organizational communication and qualitative methodology at the Hugh Downs School of Human Communication in The College of Liberal Arts and Sciences and co-director of the Transformation Project, hosted her first at-home webinar Thursday titled, “From Surviving to Thriving: How to Battle Burnout and Craft Meaningful Work.”

For example, Tracy admitted she had to tell herself the webinar might not be perfect since she was home. It wasn’t void of distractions. Tracy’s dog interrupted at least once and her phone rang. She encouraged attendees to be honest and compassionate with themselves, which often means lowering personal expectations. Because as Tracy points out, stress leads to burnout — a three-pronged concept connected to emotional exhaustion, cynicism and inefficacy. In other words, Tracy said, “We can’t do what we think we are supposed to do.”

As more workers navigate virtual work spaces for the foreseeable future, Tracy warned about one burnout trigger: social comparison. Even if workers aren’t in the office right now, they’re increasing screen time, and may start comparing their lives to their co-workers’ lives through social media. Instead, she suggests using online platforms as virtual dialogic spaces (water cooler spaces) by increasing interactions and commenting more; even scheduling one-on-one phone conversations to keep a sense of community alive in these virtual spaces.

“We as human beings are social beings,” Tracy said. “And we know from the happiness research that the most social people in the world are the happiest people in the world. And so, when people are working virtually, there is necessarily a decrease in that social time.” 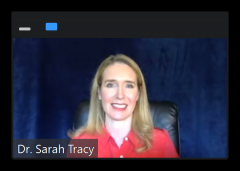 Tracy is a big advocate of saying “no to good, so you can say yes to great.” She believes tackling every small request stiffens a worker’s core genius — their core talent. If workers say yes to all the “good,” they don’t ever to get to focus on the “great,” which according to Tracy, often reveals a worker’s true talents.

Her reminder: “We are never going to get it all done.” In fact, she warns, thinking we’ll get it all done is a recipe for suffering. She encourages people to create a management system by structuring activities and making priorities visible in time and space. In other words, she suggests: One life, one calendar. Organize your priorities in one central location.

Lastly, Tracy is a proponent of sharing vulnerabilities, especially in this time of virtual work spaces.

“The kind of stress and uncertainty we are all feeling right now is beyond the norm,” Tracy said. “It’s a new context. But with any new context, there’s also some opportunity that comes with it.”

That opportunity presented itself during Tracy’s first online class this past week. During a short break, the microphones stayed on and students started singing and playing instruments, creating an improvised moment of humanity in a virtual setting. Tracy said that’s really important for social connection and belonging, which can stave off some of those triggers of stress and burnout.

It’s new territory for America’s workers, at least for now, and Tracy wonders if maybe forgetting to mute a Zoom meeting is all that bad in this new work space. She hopes adaptations will be made so people don’t lose moments of humanity like pet interruptions, laughter, and yes, even the occasional accidental burp.

Parents need strong social support because poor parenting not only damages children, but also leads to negative consequences for the larger community, according to a panel of experts who spoke at an Arizona State University event on Thursday.Parents must be able to lean on relatives, neighbors and friends to help with the overwhelming task of raising children, the parenting experts said. Their mes... 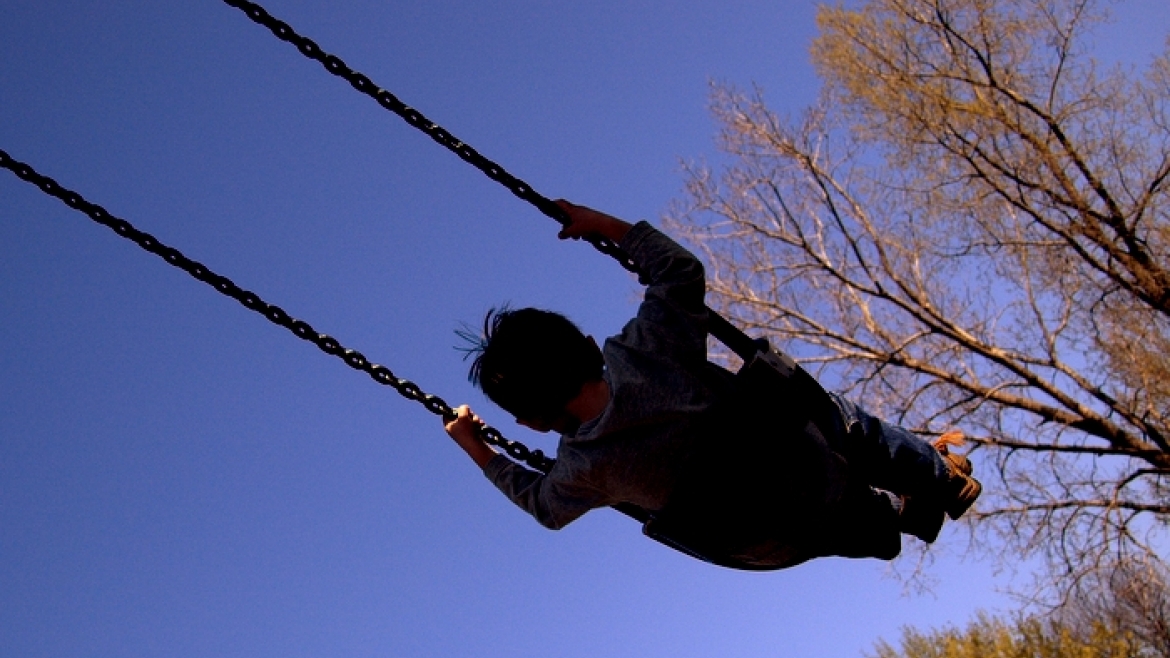 Parents need strong social support because poor parenting not only damages children, but also leads to negative consequences for the larger community, according to a panel of experts who spoke at an Arizona State University event on Thursday.

Parents must be able to lean on relatives, neighbors and friends to help with the overwhelming task of raising children, the parenting experts said. Their message is especially relevant in these times of social distancing because of the COVID-19 pandemic, as children are home from school and families are isolated together.

The discussion, called “Toxic Parenting Behaviors,” was held online by Humanity 101 on the Homefront, an initiative of ASU Project Humanities.

The main definition of “toxic” parenting is behavior that’s repetitious, not occasional, according to Elisa Kawam, a lecturer in the School of Social Work at ASU and the moderator of the panel.

“If you have one or two or three moments where you’re not your best parent, that’s expected,” she said.

“Toxic parenting is any long-term or ongoing pattern of behavior that’s rooted in manipulation, unhealthy boundaries, guilt or fear.”

The Zoom format allowed audience members to continuously interact with the panelists, and everyone was asked to give examples of toxic parenting behavior. They included:

• Disrespecting boundaries, such as forcing physical contact (“kiss your uncle”); excessive phone and social media monitoring; oversharing; forcing children to finish food they dislike or forcing them into adult behaviors.

• Actions and words that cause a child to feel shamed, guilty, unsupported or fearful, such as public humiliation; being compared to siblings; being punished for bad grades; having feelings minimized; being told, “When I was your age …” or “You’re just like your mother/father.”

• Neglecting a child’s emotional needs by ignoring them, telling them to “suck it up” or “man up,” or withdrawing affection or attention as a form of punishment.

Many parenting behaviors from previous decades are unacceptable now, according to Chussette Oden, director of community resources and training at Beia’s Place, a Phoenix-based agency that works to keep families intact.

“It used to be, ‘be seen and not heard,’ but we really need to hear kids so they’re not going into their rooms and stuffing their feelings,” she said.

“We live in a day and age where not everyone is the same and we have to be open to children being expressive with their clothing, their sexuality and how they communicate their needs.”

Children deserve the same level of respect as friends or even strangers, said Harold Branch, an entrepreneur who works with at-risk youth and who is co-parenting two children.

“You have to look at what’s appropriate for a 7-year-old, and I shouldn’t lose my mind when I have to tell them something over and over again,” he said.

“We hold our kids to higher standards than we hold ourselves. We can be more understanding of our friends than of our kids.”

All the experts agreed on the importance of expressing love and affection to children.

“We just had a group about this and the verbiage we use,” said Oden, who works with foster parents and caregivers.

The effects of ignoring a child can be lifelong, she said.

“Let the kids see how you feel. Little kids need that so much. We want to feel wanted and appreciated and that someone is happy that we were born.”

“The biggest one for children is the inability to practice boundaries as they get older,” Oden said.

“They lack empathy because of the harshness they faced. If you’ve had harsh words thrown at you on a regular basis or were not afforded the ability to have a voice or to be spoken to in a respectful manner, you won’t be able to do those things yourself, and can have a lack of respect for authority figures or yourself.”

“Whatever is not quite whole in us, we want to make whole in our children, which can lead to toxic behaviors,” he said. “‘I want you to be the athlete I wasn’t or the student I wasn’t.’ There are those who need to fill whatever was empty or missing.”

Kawam said that in her work with child abuse, one effect she’s seen is children who become oversexualized at a young age.

“They lack appropriate intimacy and an understanding of their own body,” she said.

Branch said that parents set the stage for future relationships.

“We learn how to be treated. It’s hard to accept someone yelling at you in a relationship if your parents never yelled at you, versus being conditioned to abusive behavior.”

The panelists also highlighted the importance of culture. Branch, who is black, has two children, including a 15-year-old son.

“I have to prepare them not just to be happy but to survive,” he said.

“We hear judgments outside the culture about how parenting is done. I need to have a level of sternness. This is not just my child throwing a tantrum in a store — it can turn into my child not knowing how to engage publicly and if I’m not around, he can get arrested.”

The sponsor of the event was the Come Rain or Shine Foundation, a nonprofit devoted to “conscious parenting,” co-founded by ASU alum Michelle Mace. She said that parents should recognize that everything they do is a teachable moment.

“It’s recognizing that 24/7, you have an observer with you,” she said.

“They are paying attention to your behavior as much or more than your words. Do you yell at their father? Do you drive with road rage? Even as adults, we carry pain from our own childhood and we have to recognize that we’re not perfect.”

“When we’re successful, we get to do it for the rest of our lives. They’ll be asking for advice when they’re 20 or 30 or 40 and they’ll welcome us into their lives.”

“Social scientists have looked at the evolution of families over time and it wasn’t a long time ago that we lived in groups of extended families,” she said. “And most people now don’t have more than five or six close contacts at any given time if they need help. The No. 1 thing you can do is help people get connected to social supports.”

Lester said the lessons apply to everyone.

“We’re not just talking about parents, but also extended families and also those who nurture and care give,” he said.

“Parenting doesn’t have to be legal or biological. It’s anyone for whom we’re caring.”