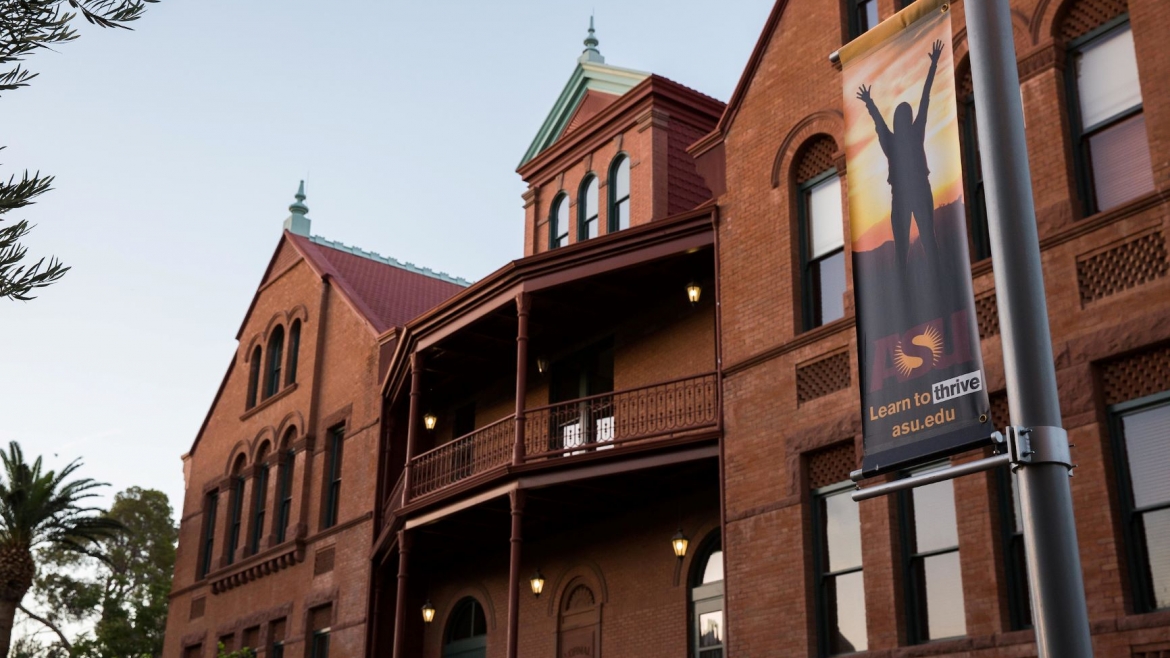 The 2021 analysis includes rankings on fine arts and health schools, which were last published in 2016.

The Herberger Institute for Design and the Arts, which offers more than 70 graduate degrees, came in at No. 15 out of 226 in overall fine arts education — moving up five spots over its 2016 rank and tying with Michigan’s Cranbrook Academy of Art and New York’s Parsons School of Design, ahead of Rutgers, the University of Texas, Austin and Temple University. The institute’s ceramics program ranked fourth and its photography program ranked sixth.

“Graduate programs in ASU’s School of Art continue to be globally recognized,” said Steven J. Tepper, dean of ASU’s Herberger Institute for Design and the Arts. “Our faculty and students are working at the highest levels of creativity here in the desert, and Grant Street Studios in downtown Phoenix is, hands down, the best studio and exhibition space for MFA candidates in the country. Importantly, we are preparing artists who are socially engaged, technologically empowered, and have the mindset and opportunity to collaborate across disciplines.”

“These programs are central to our mission of optimizing health for people and communities,” said Deborah Helitzer, dean of the College of Health Solutions. “We are pleased to again be recognized among the nation’s top 20 programs in audiology and speech-language pathology and remain dedicated to providing value to our students and the organizations that hire them. These programs prepare students for careers that make a real difference in the quality of life.”

The Mary Lou Fulton Teachers College, offering 15 graduate degrees, moved up three spots to come in at No. 13 out of 255 in overall education, besting Johns Hopkins and the University of Virginia. The normal school edged up in secondary education to 14th from 16th, and in special education from 18th to 17th.

The Sandra Day O'Connor College of Law moved up in full time law from No. 27 to No. 24, besting Fordham University and Boston College. The college’s trial advocacy program leaped 66 spots, from 144th to 78th. Environmental law nudged up to 20th. Tax law rose six spots to No. 37. Intellectual property and international law both rose two spots.

The W. P. Carey School of Business ranked 35th in the nation, beating the University of Arizona at 46th. The accounting program rose 11 spots to 20th. Finance rose eight spots to 31st. Management edged up three spots to No. 13. Entrepeneurship climbed seven spots to arrive at the 17th place. Marketing rose to 18th and production shot up eight spots to No.12.

The widely touted set of annual rankings was released Tuesday by the news magazine, which compared hundreds of graduate programs on a variety of metrics.

The magazine evaluated the graduate programs on measures including surveys of deans and hiring recruiters; student selectivity; faculty resources, including the ratio of full-time doctoral students to faculty, for education programs; research activity, including expenditures; overall rank and specialty rankings.

Women have had the right to vote in the United States since the 19th Amendment was ratified in August 1920. But the U.S. was far from one of the first countries (some lists put it at 27th) to grant women’s suffrage. Though levels of suffrage varied — often depending on such factors as a woman’s social status — several countries, including New Zealand, the United Kingdom and Canada, beat th... Women have had the right to vote in the United States since the 19th Amendment was ratified in August 1920. But the U.S. was far from one of the first countries (some lists put it at 27th) to grant women’s suffrage. Though levels of suffrage varied — often depending on such factors as a woman’s social status — several countries, including New Zealand, the United Kingdom and Canada, beat the U.S to the equality punch.

Miki Kittilson, a professor at Arizona State University’s School of Politics and Global Studies, researches gender equality in legal systems and politics around the world. Her book “The Gendered Effects of Electoral Institutions: Political Engagement and Participation” looks at the reasons why women in most countries around the world have tended to lag behind men in various forms of political participation.

As part of a yearlong seriesFollow along on Twitter — @asunews — all year as we share quotes, characters and historical tidbits from the long road to the vote. that kicked off last August in commemoration of the 100th anniversary of the ratification of Amendment XIX, ASU Now spoke with Kittilson to examine the factors that contribute to differences in policies and political participation and to see how countries around the world stack up. 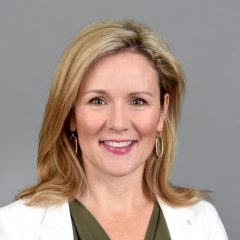 Question: What are some universal factors that contribute to women’s participation in the political process?

Answer: There are still persistent gaps around the world, not necessarily in women’s voting participation, but in other forms of political behavior and women’s belief that they can make a difference. A lot of older theories about why that is will put the onus on women: If only women were more educated, if only women would step forward. They put the burden on women to change. But I think what’s really behind it is that the way the rules are structured can either draw women into the political process or they can send signals that are exclusionary. There are different ways elections can be structured, and those that are more inclusive and are based on principles of power-sharing tend to have higher levels of engagement among women. So I believe it’s more about the structure of political processes, not women’s attitudes or resources.

Q: How does women’s participation compare to men’s?

A: There’s incredible variation around the world in terms of gender inequity and participation in the political process. Some countries are far more equal than others. But gaps do tend to persist for a variety of different forms of participation. Not necessarily voter turnout — if anything, voter participation is more equal around the world today than at any time in the past. But other forms of participation that are more time intensive, such as protest activities, tend to be unequal in terms of gender representation. And gender differences in attitudes about politics also persist. For instance, more women report a lack of interest in discussing politics socially.

Q: Was the international Women’s March in January 2017 an anomaly?

A: No, I don’t think it was an anomaly. There’s definitely a rich history of women organizing and staging protests and demonstrations, such as the suffrage movement, various labor movements and women’s role in the civil rights movement. But some movements have tried to sideline women.

Q: While researching your book, were there any countries whose policies or institutions stood out to you, for better or worse?

Q: How does the U.S. compare to other countries as far as when women were given the right to vote?

A: The first country that gave women the right to vote was New Zealand, in 1893. Over the next 20 years, a few more countries followed suit. The early 1900s were really a turning point for women’s suffrage. In 1917, Canada gave women the right to vote, followed by maybe 10 or 12 other countries. It really picked up after World War I. Then the U.S. ratified the 19th Amendment in 1920.

Q: Was there something about WWI that made it a turning point for women’s suffrage?

A: Not necessarily the war itself, but war certainly disrupts a lot of things in the economy and society in general. Around that time, you had the first wave of women’s movements. Among other things, women were protesting for access to higher education, and as literacy rates for women started to pick up, so did opportunities in the workforce. As women entered the paid workforce, they began advocating for the right to vote because they recognized that voting was an important step toward being able to secure their demands and improve their status in society.

Q: The U.S. was pretty late to the game on granting women’s suffrage, globally speaking. Why do you think that is?

A: I’d say the women’s suffrage movement started roughly around the same time in the U.S. as it did elsewhere, but reasons for opposition varied from country to country, which did a lot to determine where the movement was successful. In the U.S. at that time, people thought it would disrupt the family and that women didn’t have the qualities or characteristics that were necessary to participate as a citizen in a democratic election.