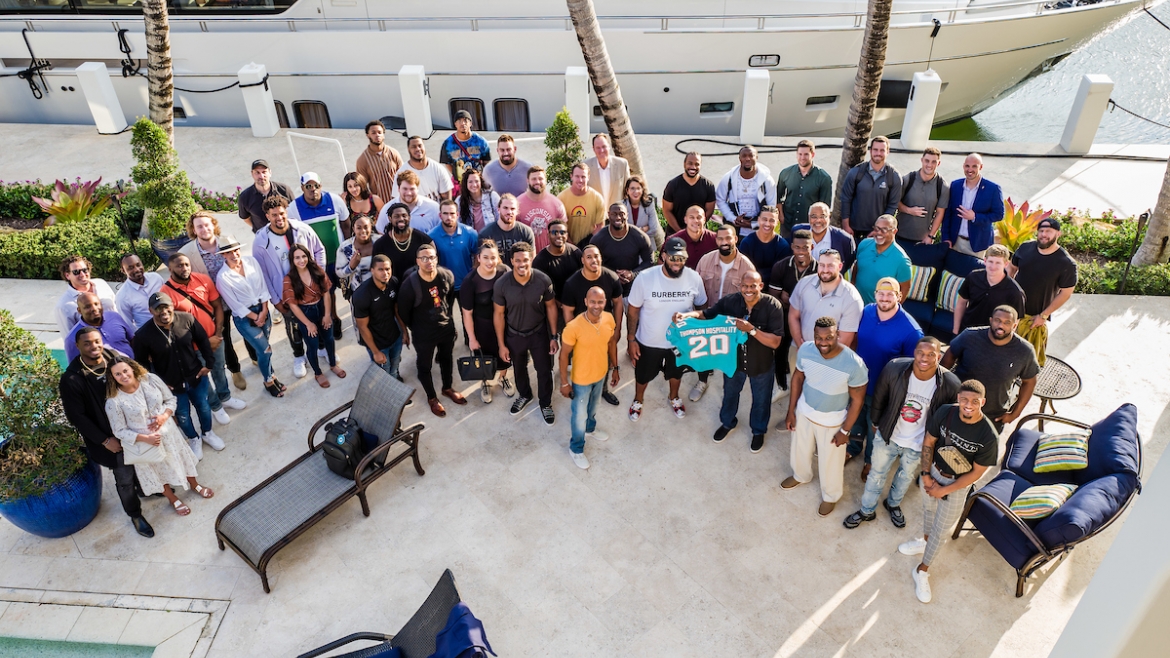 There is an inside joke among professional football players that NFL stands for “not for long” in career endurance. It’s why athletes and NFL franchise teams are putting in some off-season overtime, pivoting toward education and player development through the Global Sport Institute at Arizona State University.

Tackling career transitions before the clock runs out on their playing careers, 38 members of the Miami Dolphins recently participated in the fourth annual Dolphins Business Combine (DBC) in Miami. Created by Dolphins owner Stephen Ross to provide unique opportunities for his players’ development off the field, this year’s event was led by NFL alumni and ASU professors. 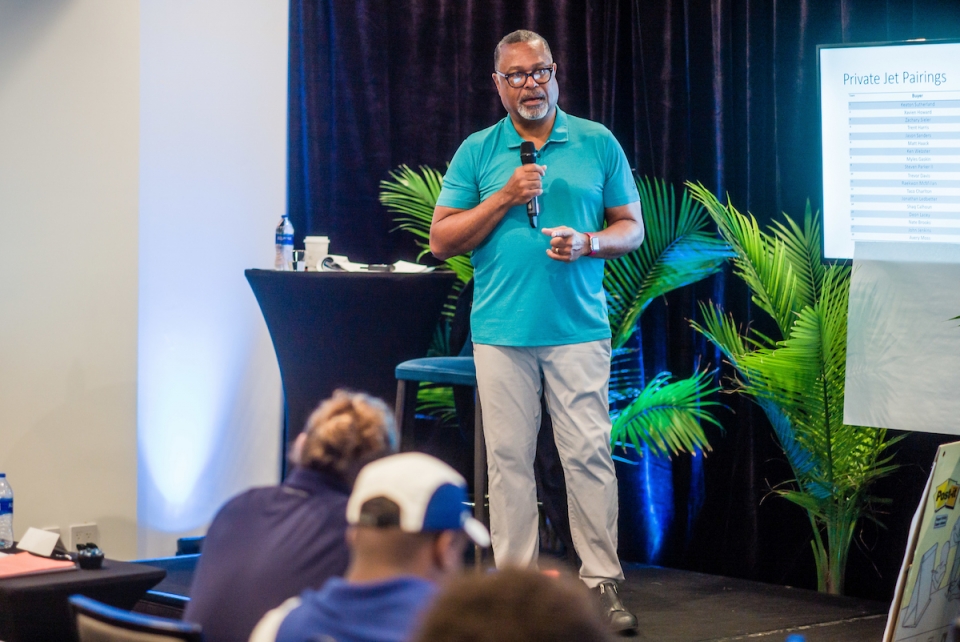 “It’s not always easy transitioning to a career outside of sports when you are a professional athlete,” said Ken Shropshire, professor and CEO of the Global Sport Institute at ASU. “Our athlete education initiatives aim to guide players at all stages of their career and help them identify and build on the interests they already know they have.”

Seminars were facilitated by Shropshire, who led a session on the art of negotiation, and an interdisciplinary group of ASU staff and faculty — including Brent Sebold, executive director of the Entrepreneurship and Innovation Training and Development Network at ASU, and Jeffrey Kunowski, associate director of innovation programs for the Global Sport Institute and Entrepreneurship and Innovation — combined to share some thoughts on the entrepreneurial mindset. Nicole Garcia, client relations director in the Thunderbird School of Global Management, also attended. 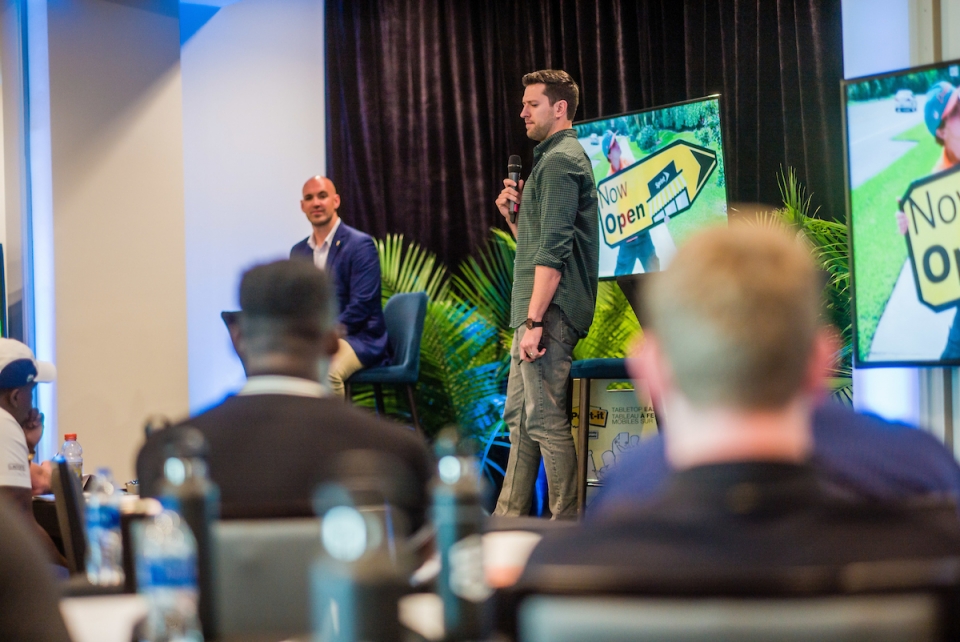 The Global Sport Institute collaborated with DBC to develop the curriculum that was based on a survey that the team conducted about player interests. The program combined classroom sessions with real-world company visits to simulate practice. A final business competition, co-hosted by the ASU team, had players pitching in front of a panel of judges and an audience to help players connect with the material and implement what they learned in a real-world setting.

“Any organization works best when the people know that the head of the organization cares about their development,” Dolphins owner Stephen Ross said in a press release. “I thought it was incumbent on me to show them the opportunities they can have when they finish their careers while still playing. I’m proud of the work that we have accomplished together over the past four years and excited that so many players were involved in this year’s event.”

The partnership with the Miami Dolphins marked the Global Sport Institute’s first such collaboration with an NFL team, although the institute has teamed up with the NFL in previous years to stage finance boot camps to enhance financial literacy among athletes. The next boot camp will be held March 22–26 in Fort Lauderdale, Florida.

The Walter Cronkite School of Journalism and Mass Communication will soon say farewell to its longest-serving faculty member, John Craft, who has been guiding students for nearly five decades. Craft, who has been with Arizona State University's Cronkite School for more than 46 years, will retire at the end of the spring semester, leaving behind a legacy of influence on thousands of graduates, man...

The Walter Cronkite School of Journalism and Mass Communication will soon say farewell to its longest-serving faculty member, John Craft, who has been guiding students for nearly five decades.

Craft, who has been with Arizona State University's Cronkite School for more than 46 years, will retire at the end of the spring semester, leaving behind a legacy of influence on thousands of graduates, many of whom have gone on to successful broadcast careers. 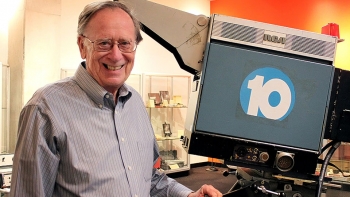 John Craft, who has been with the Cronkite School for more than 46 years, will retire at the end of the spring semester. Download Full Image

Since 1973, Craft has taught a range of broadcast courses, from production, direction, station operations and announcing to programming, sales and management. In addition, he has taught students documentary production and the history of broadcast journalism, and for 12 years he was the director of graduate studies for the school. He also is the curator of the Cronkite Gallery, a rich collection of historical journalism memorabilia at the Cronkite School.

Craft’s passion for broadcast history is captured in a book he co-wrote with Lisa Honebrink, “Phoenix Television: Images of America,” published last year. The book chronicles the colorful history of television in Phoenix, beginning in 1949. He also is the lead author of a major textbook on American electronic media and a major contributor to a second textbook on corporate video, and the producer of award-winning documentaries on Route 66 in Arizona, which have been aired around the world.

Craft’s most important contributions, however, have been in the classroom, Cronkite Dean Christopher Callahan said. Since 2006 alone, he has taught 674 students in 51 classes over 26 semesters.

“His teaching has inspired generations of students to pursue broadcast and documentary careers,” Callahan said. “Newsrooms across Arizona and well beyond are filled with his former students, who learned their crafts — and their ideals — from him.”

“I want to help the student who has the desire and has the ability but may not have the financial resources,’’ Craft said. “When I went to school it didn’t cost very much … now with the cost, you almost have to have some support system to buy rent and buy food and buy tuition all at the same time. I want to help.”

Looking back over nearly 47 years in ASU classrooms, so much has changed, from the facilities to the technologies. What hasn’t changed is the connection with students.

“Over the years, I’ve developed some good friendships with people who used to be students of mine,” Craft said. “What you remember are the people. You remember the individuals, and some have done very, very well. You hope you had something to do with that.”

Beyond the classroom and the TV studio, Craft gave back to the industry through involvement in numerous professional organizations. He served two terms as a national trustee of the National Academy of Television Arts and Sciences and served for nearly 20 years on the board of governors of its Rocky Mountain Southwest Chapter, serving as president and acting as a presenter at the annual regional Emmy events. He was inducted in 2012 into the Gold Circle Society of the Rocky Mountain Southwest Chapter, which recognizes 50 years of outstanding service to the industry.

“It’s been an interesting and exciting ride,” Craft said.