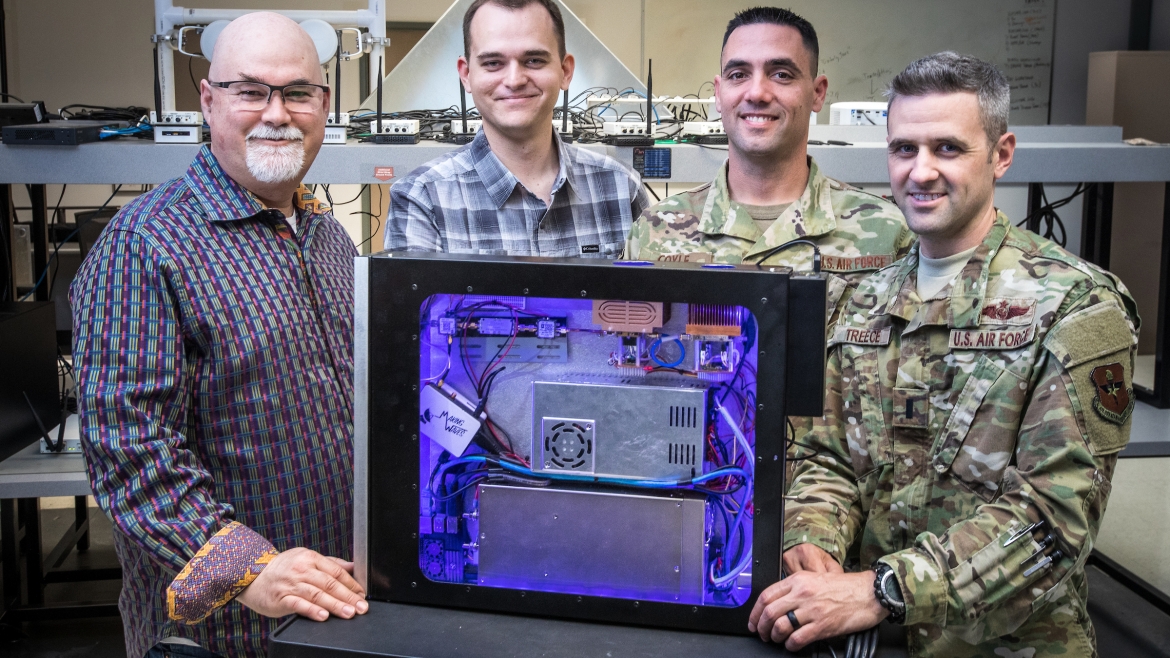 The winning device, the Dynamic Unmanned Threat Emitter (DUMTE), will be used to train pilots to identify and respond to threat environments like surface-to-air missiles and antiaircraft artillery.

A threat emitter is a training system that has the ability to realistically mimic threatening emissions from an array of potential enemy air systems.

The partnership was forged when Capt. David Coyle and Lt. Daniel Treece from the 56th Operations Support Squadron were seeking a way “turn radio into radar” to develop a low-cost threat emitter to augment existing devices at the Barry M. Goldwater Range in Arizona. 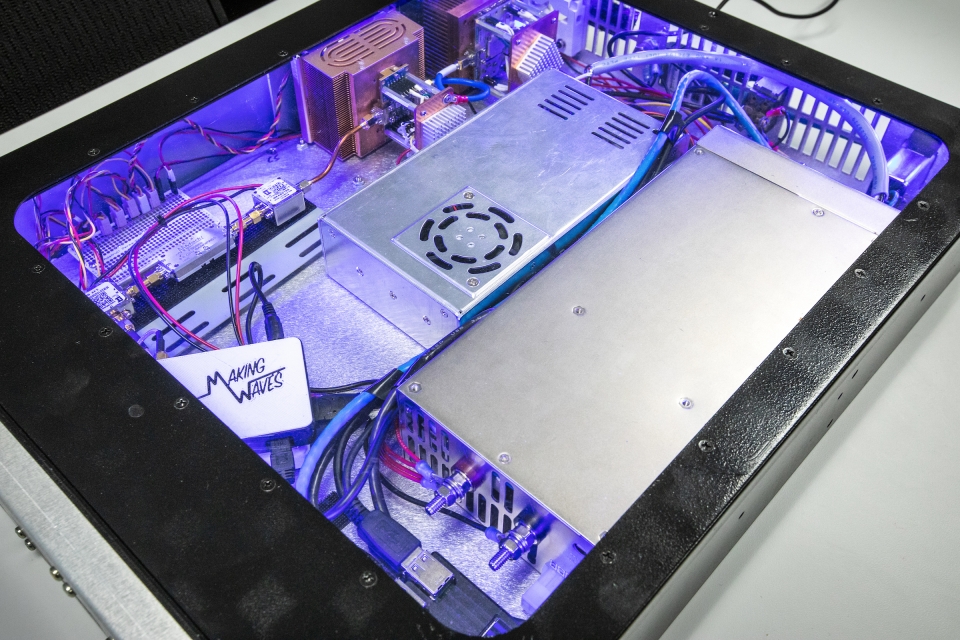 A collaboration between Luke Air Force Base airmen and ASU researchers resulted in DUMTE, which tied for first place at Spark Tank, a national Air Force innovation competition. Photo by Charlie Leight/ASU Now

Turning to ASU, the airmen found Daniel Bliss, an associate professor of electrical engineering and director of the Center for Wireless Information Systems and Computational Architecture (WISCA), and Wylie Standage-Beier, a PhD student in the WISCA lab.

One WISCA research area is software defined radio (SDR), a communication system that replaces hardware, like mixers and amplifiers, with software that can be operated from a computer. According to Standage-Beier, SDR is the foundation upon which DUMTE is based.

“Instead of costing millions of dollars like each existing threat emitter at the range used to train pilots to detect and assess possible threats, one DUMTE can be built for thousands of dollars,” Standage-Beier said.

Because they can be easily moved and reconfigured on a daily basis, if desired, DUMTE devices, which will augment existing systems and not replace them, will enable trainers to create a varied and quickly assembled array of threat scenarios.

DUMTE is designed to support fifth-generation aircraft, including the F-35A Lightning II and the F-22 Raptor, as well as intelligence, surveillance and reconnaissance aircraft.

“DUMTE is compact, low-cost and portable,” Treece said. “It will dramatically and cost-effectively increase the number of threats that simultaneously can be detected in a training environment.”

The DUMTE pitched during Spark Tank is a “proof of concept” device, according to Treece. While it has been successfully tested in an anechoic chamber — an echo-free room — to establish its effectiveness as a threat emitter device, the Air Force now will fund additional development and testing.

Making Waves was one of six finalists from among more than 200 submissions to the Air Force Association Warfare Symposium in Orlando.

“It has been an honor to work with the amazing Luke Air Force Base team," Bliss said. "This win is a big deal, and it will help open doors for our efforts. I look forwarding to continuing and strengthening the relationship between Luke AFB and ASU.”

Men's Tennis Hands UNLV Their First Loss of the Season

Men's Tennis Hands UNLV Their First Loss of the Season