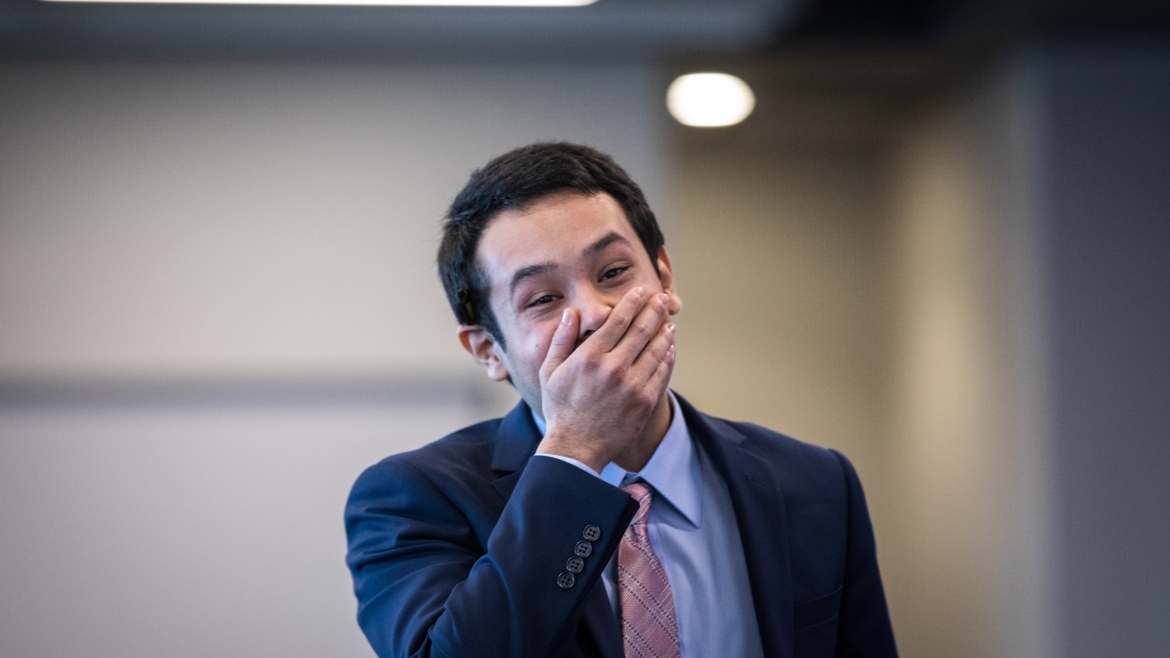 4th annual pitch competition awards $300,000 to student-led teams from around the country

Two teams of entrepreneurs, one that tackled a critical recycling problem and one that’s trying to disrupt the oil and gas industry, each won $100,000 on Friday.

The two ventures were the top winners in the fourth ASU Innovation Open pitch competition at Arizona State University. This year’s event gave away $300,000 in funding, the most ever, and drew more than 100 applications from student-led companies. The 25 finalists represented 22 universities. Three ASU teams reached the finals: Sensagrate, NeXST Rehab and Halen. No ASU teams won prizes.

Carlos Navarro, a PhD student in chemistry at the University of Southern California, won the $100,000 Breakthrough Energy Ventures Prize for his business idea, Closed Composites. The company uses chemicals to recycle carbon composite — a very strong, lightweight material that’s used to make airplanes and cars. Currently, there’s no way to recycle the substance, which is typically shredded and burned.

“Engineers have been looking at this for decades and then we realized it’s not an engineering problem but a chemistry problem,” said Navarro, who can buy carbon composite scrap for $1 a pound and sell the recycled carbon fibers for $44 a pound to make items such as bicycles.

His prize money was donated by Breakthrough Energy Ventures, an investment fund started by Bill Gates.

“We focus on the technology gap that will enable scalability and reduce global emissions,” said Libby Wayman, one of the fund’s founders. Cody Friesen, associate professor of materials science at ASU and founder of Zero Mass Water, speaks at the fourth annual ASU Innovation Open at Sun Devil Stadium on Friday. Zero Mass Water was a sponsor of the event. 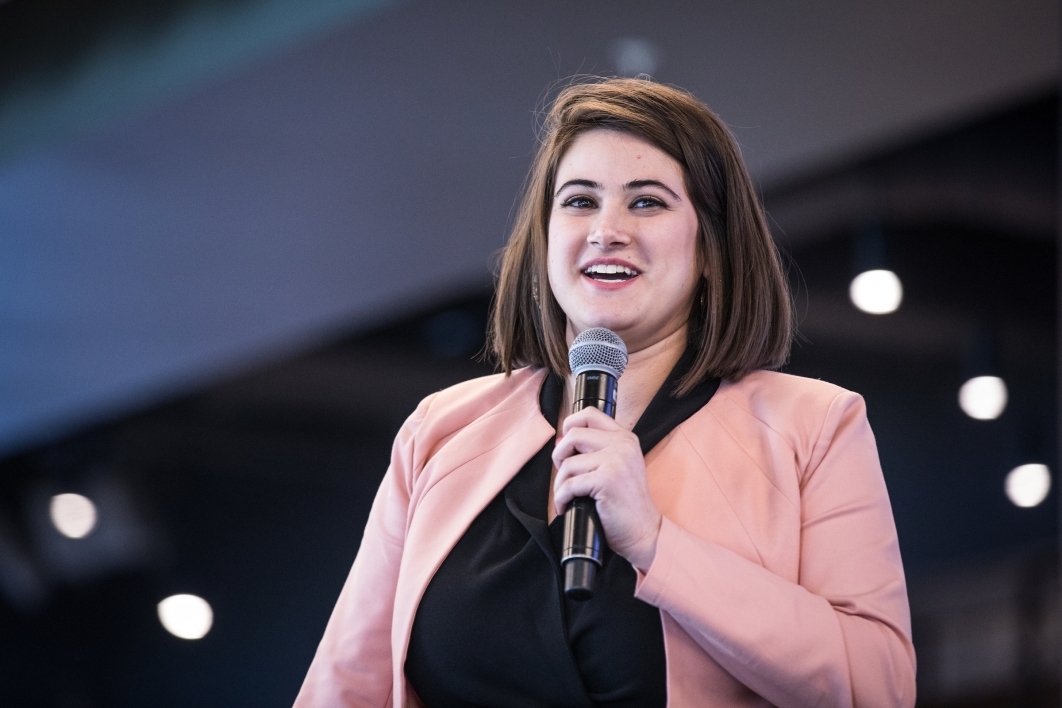 Danya Sherman won the $25,000 Zero Mass Water Prize at the ASU Innovation for her venture, KnoNap, a napkin that can indicate whether a drink has been spiked with a drug. Sherman is hoping to sell her invention to bars and restaurants. 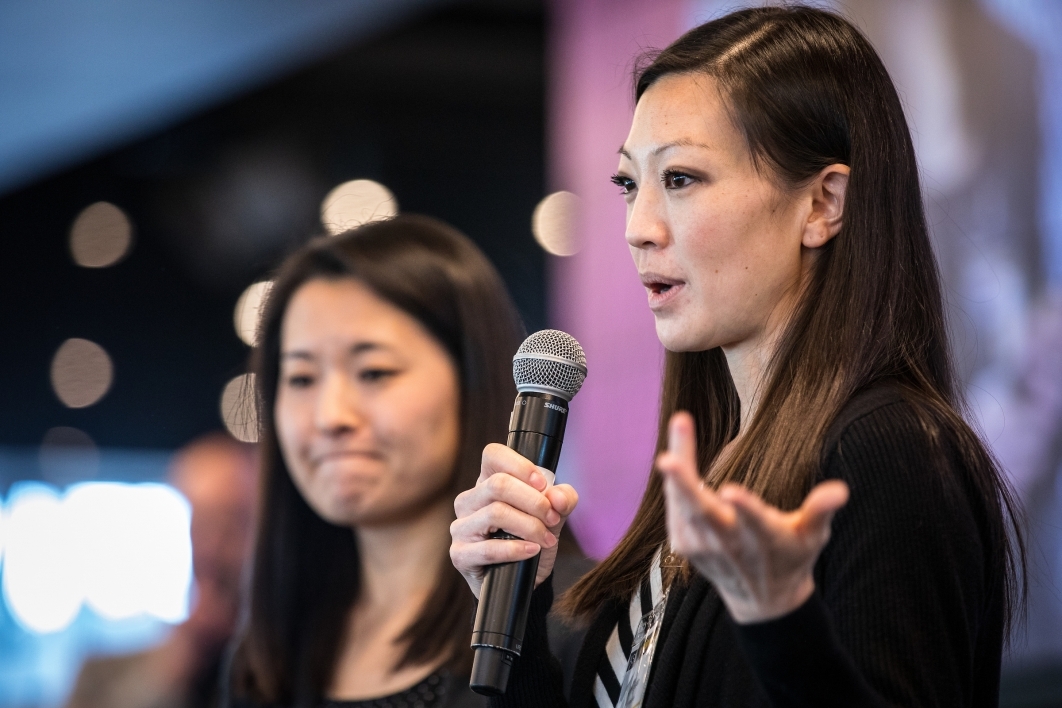 Jeanna Ryan (right) and Joni Aoki won the $25,000 eSeed Prize for their venture PreOv, a device that simplifies fertility monitoring.

“We also look for things that are not in the market today and that are tough science problems.”

Sebastien Mannai, CEO of Acoustic Wells, won the $100,000 Avnet Prize for his venture, which he developed during his PhD research at the Massachusetts Institute of Technology in 2018. He created a sensor that acts as a kind of “stethoscope” for oil wells.

Currently, every oil well must be individually inspected by a person every day because that’s the only way to know if it’s operating efficiently with a precisely calibrated flow rate. Mannai’s sensor allows the wells to be monitored remotely, cutting down on thousands of miles of driving time.

“We saw the gap between industrial systems and consumer goods. An iPhone can do way more than what you find in the average industrial environment,” he said.

More than 30% of the ventures who applied to the ASU Innovation Open are led by women. One of them, PreOv, won the $25,000 eSeed Prize, donated by the Tom Prescott Student Venture Fund. The co-founders are Joni Aoki, a premedical student at the University of Utah, and Jeanna Ryan, a physician’s assistant. They created a monitoring device that can predict a woman’s optimal days of fertility. They also won $25,000 in services from Silsync.

The other winners were:

• Josué López of MIT, who won the $25,000 State Farm Prize for his company, Sivision, which created a dime-sized chip that improves lidar for self-driving cars.

• Kiri, created by Nick Porfilio and Jake Starley of Brigham Young University, won the $25,000 On Semiconductor Prize for a screenless smart toy that teaches language skills.

• KnoNap, founded by Danya Sherman, an MBA student at Georgetown University, won the $25,000 Zero Mass Water Prize. Sherman created a white paper napkin that can indicate whether an alcoholic drink has been spiked with a drug.

Zero Mass Water, one of the event sponsors, is an ASU spinoff founded in 2015 by Cody Friesen, an associate professor of materials science in the Ira A. Fulton Schools of Engineering, another sponsor of the event. Friesen said his company is about technology that lifts people up.

“The products that we developed, SOURCE hydropanels, is really a technology for social equity. So when we thought about who should get the Zero Mass Water Award, it was really about supporting those who are supporting the vulnerable,” he said.

The keynote address was given by Len Lanzi, managing director of the Preccelerator, which funds early startups. He said he was impressed to be at ASU, which is harnessing science and technology to advance humanity.

Top image: Carlos Navarro, a PhD student in chemstry at the University of Southern California, reacts as he is named the winner of the Breakthrough Energy Ventures $100,000 prize at the ASU Innovation Open, held Friday at Sun Devil Stadium. Photo by Charlie Leight/ASU Now

13 seniors will be honored in a ceremony before action commences. ... 13 seniors will be honored in a ceremony before action commences.