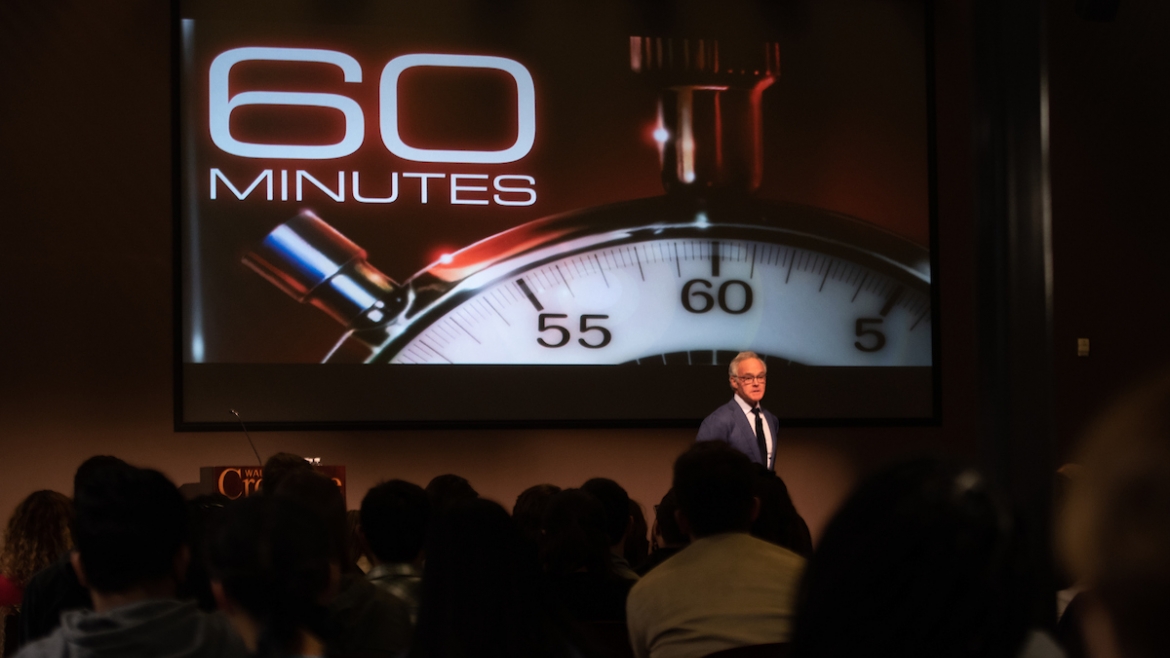 He told the stories of everyday heroes from his reporting, stories from inside a stairwell of the World Trade Center or a battlefield operating room to an oil rig disaster in the Gulf. All served as reminders that journalists can give a “voice to the voiceless,” and that accurate, fair journalism is the backbone of a healthy democracy.

Pelley said the solution to this very real threat is simple.

“Journalism is the antidote to the poisoning of our information,” Pelley said. “People need down-the-middle, generally reliable information in order to make decisions about their own lives and the life of the country.”

“Scott Pelley inspired hundreds of Cronkite students when he visited our school in 2016 as the recipient of the 33rd annual Walter Cronkite Award for Excellence in Journalism,” Cronkite Dean Christopher Callahan said. “We are honored that he is returning to speak to a new class of Cronkite students, who will hear about the state of journalism in 2020 from one of the field’s best.”

Students not only heard Pelley’s compelling stories about his storied career, they were also treated to excerpts from his new book, “Truth Worth Telling: A Reporter’s Search for Meaning in the Stories of Our Time,” and shown highlight clips. He also took student questions well into the evening.

Pelley, who has won 35 Emmy awards and the former anchor of CBS Evening News from 2011 to 2017, spoke about “the crazy characters” he has met from all walks of life. They include presidents, popes, Nobel Peace Prize winners, soldiers on the battlefield, refugees on the run, innovators, whistleblowers and ordinary people who did extraordinary things under extreme circumstances — like New York City Battalion Chief Oreo Palmer and Melissa Doi, who was trapped in her office on the 83rd floorBefore Pelley’s research, reporters had estimated fire fighters reached no hire than the 50th floor of the World Trade Center. of the World Trade Center on Sept. 11, 2001.

Palmer and Doi's intertwined stories are the opening chapter (“Gallantry”) of Pelley’s book: He found Doi’s 911 recordings as well as Palmer’s radio transmissions from Stairway A of the 79th floor. Pelley’s research showed this was the closest the New York City Fire Department came to rescuing those trapped in the buildings after the jarring impact of the two planes.

Palmer was only a few floors below Doi, who was on the phone with a 911 operator, and the two were moments from being united. Then the building collapsed.

Staying at a nearby hotel on that day, Pelley rushed toward the site after the twin towers were damaged. He watched in horror as the south tower crashed to the ground almost an hour after impact.

“What I saw in my mind’s eye was one floor collapsing, and then the next, and then the next. Then I saw the building race to the floor with heartbreaking speed,” Pelley said. “I don’t know how I got there, but the next thing I remember is that I’m on my knees and I’m calling out to God. I said, ‘God, take them all with no pain.’”

Pelley said he also did not remember getting up or racing as fast as he could with the sound of steel crashing into the street behind him. After a while, he turned around and went back to what everyone eventually called “Ground Zero,” where CBS reported for the next 96 hours with no commercials or breaks.

“We were just broadcasting the news with reliable information in a crisis, the lifeblood of a democracy,” Pelley said. 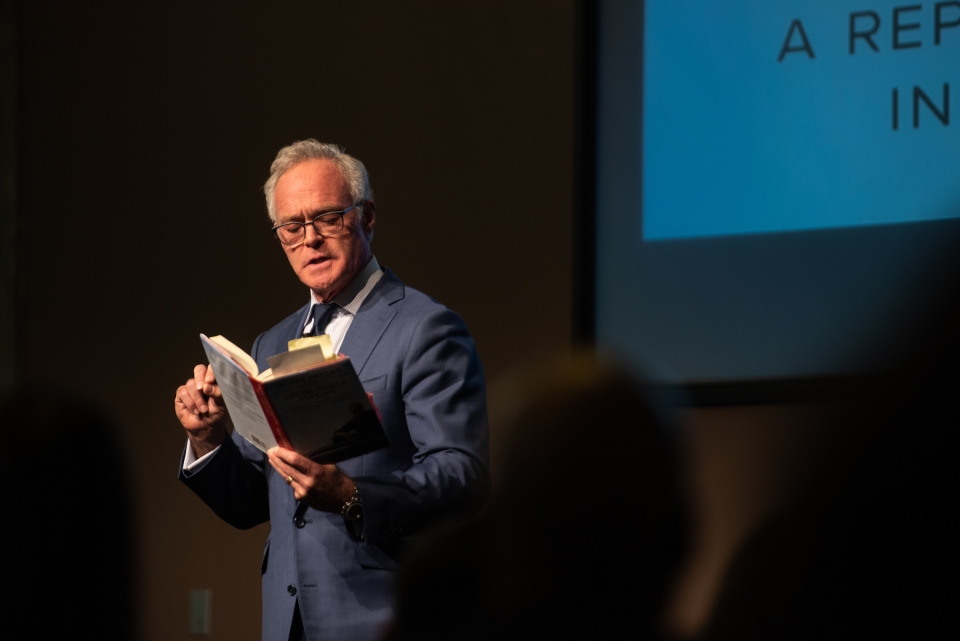 Scott Pelley speaks to crowd at the Walter Cronkite School of Journalism and Mass Communications in Phoenix about his new book, "Truth Worth Telling: A Reporter's Search for Meaning in the Stories of Our Times" on Jan. 13. Photo by Megan Potter

Pelley said he deliberately wrote the last chapter of the book for budding journalists, offering advice for those wanting to take up a noble career.

“Young people come up to me all the time with this ‘enemy of the people’ rhetoric and ask me what to do, and I tell them, ‘Do your job,’” Pelley said. “Do your job every day. Make sure your writing is fair and accurate. Make sure the work you’re doing is such that the audience can understand what you’re doing. Just do your job and do it really well every day.”

Pelley also paid respect to the inspiring journalist whose name is on the building in which he gave his talk.

“Walter (Cronkite) was a friend of mine. He was a mentor of mine and he was my hero,” Pelley said. “In the closing days of Walter’s life he made it a point to talk about this place and how proud he was to have this remarkable school named for him.”

Top photo: "60 Minutes" correspondent and the 2016 recipient of the Walter Cronkite Award for Excellence in Journalism Scott Pelley speaks about his career and new book, “Truth Worth Telling: A Reporter’s Search for Meaning in the Stories of Our Time,” on Monday, Jan. 13, 2019, at the Cronkite School's "Must See Mondays" speaker series. Photo by Megan Potter