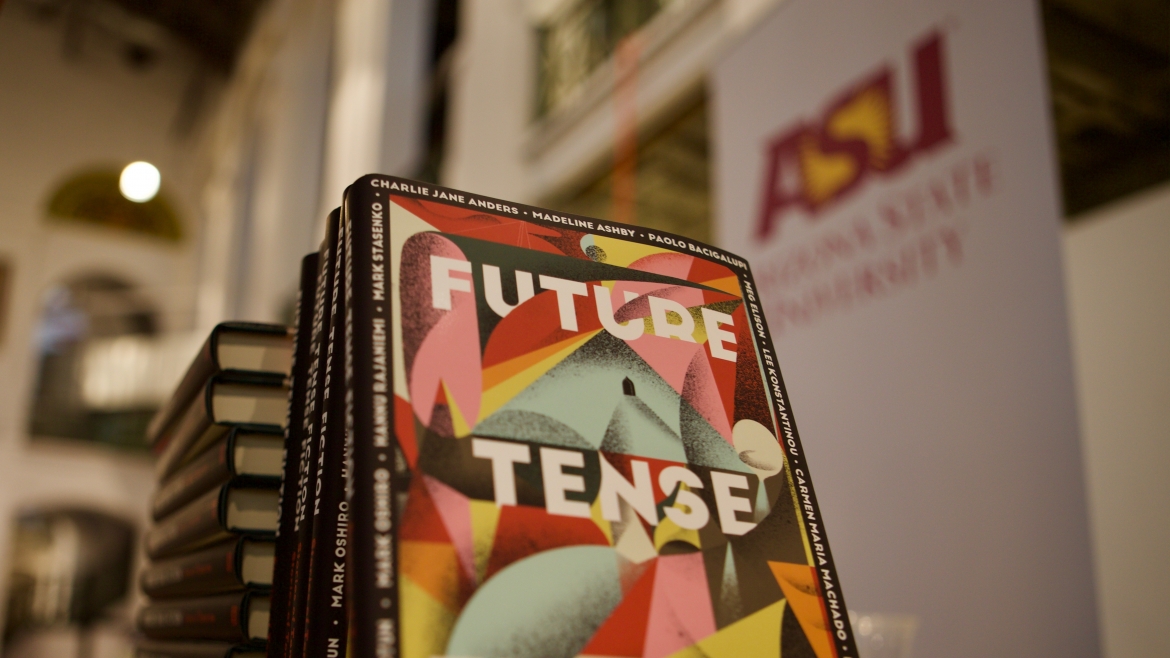 Honored for a fifth consecutive year in 2019 as America’s most innovative university, one of Arizona State University President Michael Crow’s remarks was to explain it this way: “‘The tremendously creative minds and efforts of our students, faculty and staff elevate who we are.’”

That’s not an accident. At ASU, ideation plays a major role in the university’s success, as demonstrated by a now decade-long partnership that began with a simple observation.

In 2010, Joel Garreau joined ASU as a research professor, but he was also part of the fellowship program at New America, a nonpartisan think tank in Washington, D.C. He approached Andres Martinez, the program’s leader at the time, after recognizing that New America and ASU viewed innovation and technology similarly.

Coincidentally, an opportunity for collaboration easily presented itself since New America was already in conversations with Slate magazine about a potential partnership. Eventually, a partnership between ASU, New America and Slate was solidified and Future Tense was born.

Martinez, who is now the editorial director for Future Tense and a professor of practice at the Walter Cronkite School of Journalism, said the goal for Future Tense was to have more conversations with policymakers about how to govern emerging technologies.

“The desire was to inject more far-reaching, forward-looking thinking about technology into the Washington echo-chamber.”

In order to achieve that forward-looking approach, Future Tense finds opportunities to discuss unique angles through various events. For example, at a recent panel discussion in Washington, D.C., invited guests talked about Mars and the legality of space, since current laws don’t govern extraterrestrial settlements on other planets.

“We are always trying to think a few steps ahead of these policies and trying to see how people are going to grapple with it,” said Anthony Nguyen, program director.

The partnership continues to evolve by establishing new, creative platforms for content. In 2016, through ASU’s Center for Science and Imagination, Future Tense Fiction was launched — a series of original science fiction stories that grapple with potential real-world conundrums.

Since Future Tense’s inception, 120 ASU faculty members and graduate students (and counting) have contributed content to the online platform. And through recent global partnerships, some of that content is translated and published in the United Arab Emirates, Mexico, Brazil and India.

The Future Tense team is based out of the Ambassador Barbara Barrett and Justice Sandra Day O’Connor Washington Center but also hosts events in New York and Tempe, Arizona.

For most students, graduation is the mark of a final chapter in their collegiate experience. It’s a time to appreciate the journey, say thank you and farewell to supportive faculty, staff and classmates. But for online students, this is a time to say hello.In fall 2019, Arizona State University's New College of Interdisciplinary Arts and Sciences celebrated hundreds of online graduates. Afterw...

For most students, graduation is the mark of a final chapter in their collegiate experience. It’s a time to appreciate the journey, say thank you and farewell to supportive faculty, staff and classmates. But for online students, this is a time to say hello.

In fall 2019, Arizona State University's New College of Interdisciplinary Arts and Sciences celebrated hundreds of online graduates. Afterward, they brought this unique group together for a postceremony celebration, providing online grads with the opportunity to meet faculty, staff and online peers for the first time. 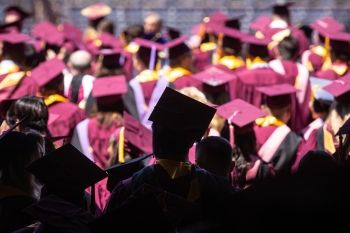 At the online reception, Hannah Giffin, a New College student who graduated with a Bachelor of Arts in forensic psychology, mentioned that her favorite online classes were taught by Greg Wise. Upon finding out he was in attendance, she couldn't contain her enthusiasm.

Giffin and her family, all from New Braunfels, Texas, were thrilled to celebrate this life accomplishment.

“I graduated college! It’s a big deal for my family… It took me 5 years to graduate. I’m Type 1 diabetic, and this is something that would not have been possible without online (classes),” she said.

With more than 300 degrees and certificates available online, ASU provides access and countless possibilities to individuals around the world.

Sabrina Booth, an online graduate with a Master of Science in psychology explained: “I don’t have to worry about traffic every day or, you know, where’s my daughter going to go when I have to go to school?”

Before leaving to continue graduation celebrations, Booth shared one last comment, a common one among her peers: “I’m so thankful for this program.”