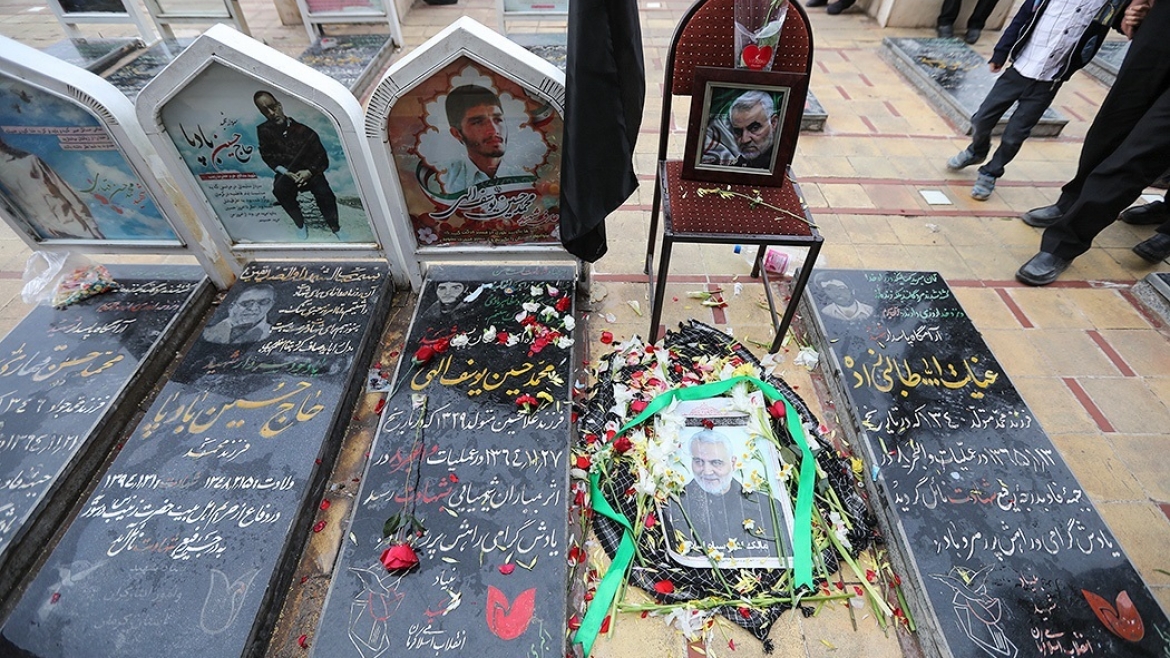 Death of Iranian general is a key moment in history, says ASU professor

The United States’ strike against Iran’s most feared military strategist last week killed someone responsible for thousands of deaths, including U.S. soldiers, and was a major blow to their government.

Iranian Maj. Gen. Qasem Soleimani’s Jan. 3 demise came as the result of an MQ-9 Reaper drone strike in Baghdad, which injured approximately 200 others.

His death has elicited fiery rhetoric from Iran and prompted the U.S. military to bring more troops into the region and increase security on all bases in the Middle East. Some American politicians and government officials worry this action could provoke escalation between two countries that have been at odds since the late 1970s.

But who exactly was the man many considered a terrorist, and why is his death dividing our country?

For answers, ASU Now turned to Daniel Rothenberg, a professor of practice in the School of Politics and Global Studies who co-directs ASU’s Center on the Future of War with CNN senior analyst and ASU faculty member Peter Bergen. The center links ASU with New America, a Washington, D.C.-based think tank that on Tuesday hosted a panel discussion called “The U.S. War with Iran Goes Hot”. 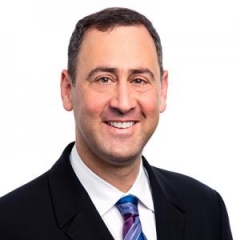 Question: Who was Qasem Soleimani and what kind of threat did he pose to the United States?

Answer: Maj. Gen. Qasem Soleimani was the commander of the Quds Force, which is the part of the Islamic Revolutionary Guard Corps that manages a variety of extraterritorial activities, linking intelligence, training, information operations and support for multiple groups, many of which are Iranian proxy forces. He is a legendary figure in Iran, Iraq, Lebanon and throughout the region and is feared, loved and followed intensely by supporters while despised by those whose lives have been devastated by the policies he conceived and implemented. Forces under Soleimani’s control systematically targeted U.S. and coalition forces after the 2003 invasion of Iraq, including helping to train and arm groups that used improvised explosive devices, which killed and maimed thousands of U.S. servicemen and women. He also played a key role in supporting the brutal, authoritarian regime of Bashar al-Assad in Syria in a conflict that has displaced half the population and killed as many as 500,000. And, Soleimani was a key strategist in the fight against ISIS, helping to coordinate a number of Iraqi Popular Mobilization Forces (PMFs). However, unlike members of al-Qaeda, ISIS, the Taliban and others targeted by the U.S. in the post-9/11 era, Soleimani was a leader within the Iranian government who was implementing state policies.

Q: Some critics have voiced that even though Soleimani was an “evil person,” the U.S. military broke protocol by killing a member of the Iranian government, and this action was out of bounds. Your thoughts?

A: Soleimani was a very important strategist and military officer for the Iranian government and was widely viewed as highly effective in supporting the regime’s projection of force in Iraq, Lebanon, Syria, Yemen and elsewhere. In this capacity, his actions as a commander led to the deaths of many thousands of people, and he was involved in support, training, command and strategizing oriented towards the direct targeting of members of the U.S. military.

If there was an armed conflict — that is, a war — between the U.S. and Iran, targeting members of the opposing side’s military would be legal, in most cases. However, there is not currently an armed conflict between the U.S. and Iran, so the Trump administration’s argument for the legality of the “targeted killing” of Soleimani by an armed drone is based on an extension of an argument that has been widely used by various American governments for killing members of terrorist groups.

While the specifics of the administration’s justification is still a bit unclear — some statements suggest an argument of self-defense based on an “imminent” attack while others suggest a broader argument that Soleimani was targetable based on a long history of responsibility for violent acts directed against Americans — purposefully killing a high-ranking member of a foreign military with whom the U.S. is not at war represents a major shift in foreign policy with potentially dangerous implications.

Q: Now that Soleimani is dead, there is a fear among American citizens that Iran will retaliate and that this action will only escalate our troubled relationship with them.

A: The killing of Soleimani by U.S. forces is a highly significant act that occurred within a context of violent incidents involving the U.S., Iran, various state and non-state Iraqi forces, proxy forces and the forces of other regional powers. No one knows how the Iranian government will respond and the great concern is the possibility of escalation. Even the most cursory review of the post-9/11 era reveals how difficult it is to predict what will occur in the Middle East and how complex it is to be adequately prepared for how a particular event will impact and be interpreted by key actors. We may well look back at this act as a key moment in history that set the stage for a series of responses and counter-responses which will likely produce significant suffering in the region.

Q: Other than putting in peril the 2015 Iran nuclear deal, what are some other repercussions this country could face?

A: Americans are often disengaged from foreign policy debates. There has been only minimal national public engagement with the Trump administration’s withdrawal from the JCPOA, which by all accounts successfully stopped Iran’s development of nuclear weapons. There is only cursory coverage of and popular interest in the brutal wars and terrible human suffering in Syria and Yemen. In fact, one of the most complex aspects of our country’s post-9/11 conflicts is how little these wars, which have radically affected global politics, have impacted the daily lives of most Americans. In terms of oil shortages, the U.S. now produces a great deal of energy and is far more insulated currently than in the past from conflicts over oil resources in the Middle East and elsewhere. That said, there are many ways in which Iranian actions could reach the American public, from cyberattacks, to support for terrorist actions, to kidnappings by proxy forces to information operations that might affect the 2020 elections. 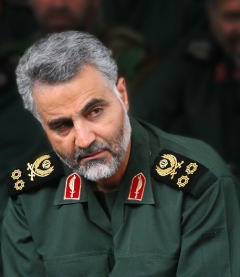 Q: How do we get back to peace after this latest action?

A: It is unlikely that there will be any meaningful efforts to advance negotiations between the U.S. and Iran in the near future. The attack on Soleimani was a highly significant event and one that increases the likelihood of continued violence, uncertainty and suffering. That said, while the U.S. and Iranian governments have been at odds since the 1979 revolution, to date, many of the worst possible outcomes — such as an open armed conflict — have been avoided. Given the terrible human consequences of political violence in the region — the Iran/Iraq war that killed as many as a million, the post-U.S.-led invasion civil war in Iraq that devastated the country, the Syrian conflict that has displaced half the population, the Yemen war which has produced one of the world’s worst humanitarian crises, etc. — there is clearly much to be gained by seeking peace and remembering that all wars eventually end, and most do so through some form of compromise.

What problem do you want to solve?

Written by Jaime Casap, chief education evangelist at Google and ASU alum“So kid, what do you want to be when you grow up?”The question has been passed down from the beginning of time.When I think about that, I imagine a 10-year-old in the 1700s brimming with pride and answering, “I’m going to be the best wheelwright in the world!” (Look it up.)While this question helped us think about ... 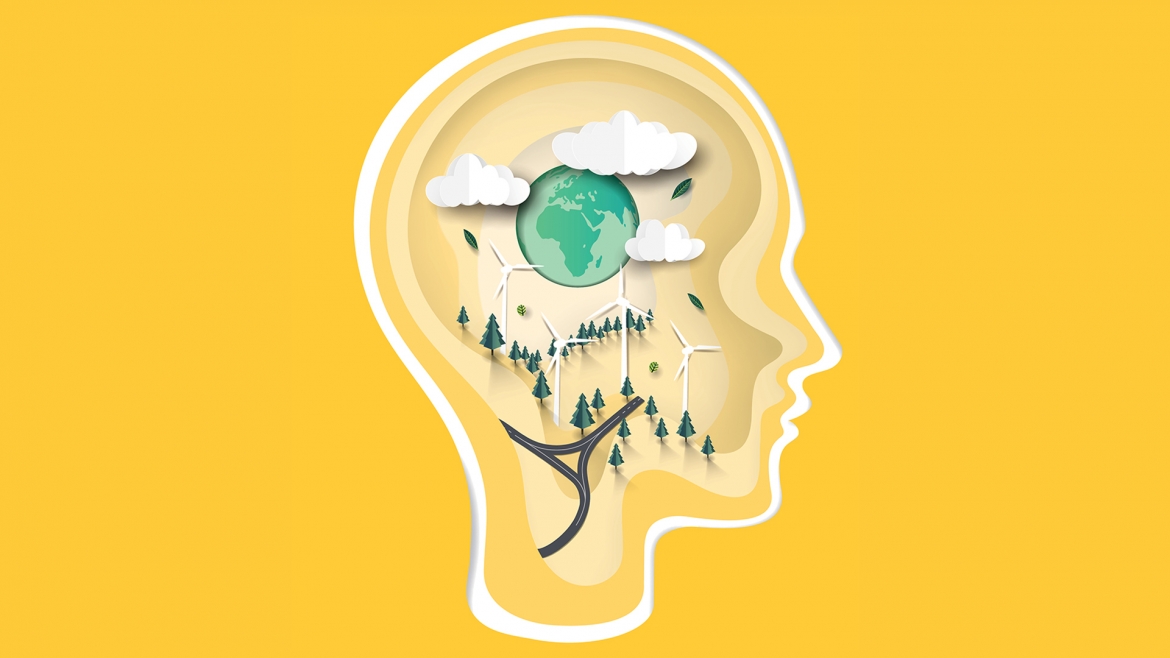 What problem do you want to solve?

That is the question to consider when pondering your future

“So kid, what do you want to be when you grow up?”

The question has been passed down from the beginning of time.

When I think about that, I imagine a 10-year-old in the 1700s brimming with pride and answering, “I’m going to be the best wheelwright in the world!” (Look it up.)

While this question helped us think about our future, it is no longer useful or relevant. We are at the beginning of the digitalization economy, and we can’t even imagine the type of work that will require. Change happens gradually and then suddenly, and you, my friend, are living in “suddenly” times. The jobs of the future do not exist today. Digitalization is also causing jobs to shift and change like never before. All roles will be impacted by automation, robotics and digitalization.

So I have three better questions for you to answer.

1. What problem do you want to solve?
What is the problem you want to take on? It doesn’t have to be a social problem like climate change, for example — it can be any problem. If you don’t know, that’s OK. Start the process of thinking about it. Search deep enough and you will discover patterns about what motivates you or what gets you excited.

2. How do you want to solve that problem?
There are a million ways to undertake a problem, so how do you want to use your gifts and your talents? If you tell someone you want to solve climate change, for example, they might suggest becoming a scientist or policymaker. However, that may not be where your talents are. Maybe you are a remarkable photographer, and the way you solve climate change is by documenting its impact on human life. 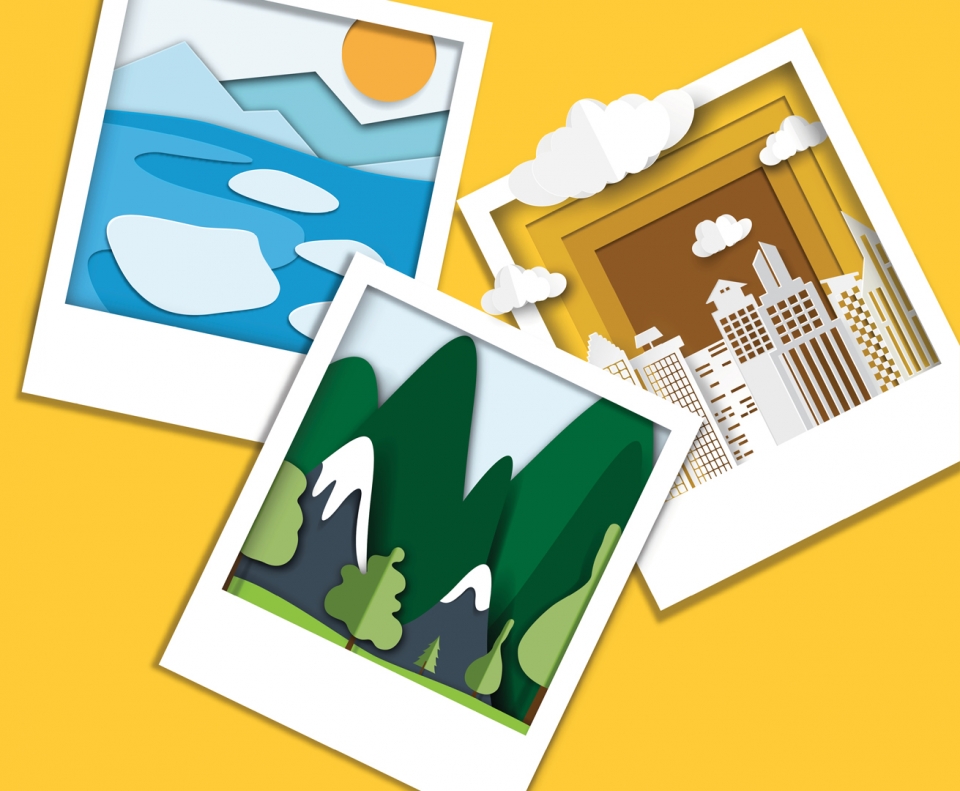 These three questions line up nicely with what my Twitter friend Daniel Pink wrote in his book “Drive” regarding what motivates all human beings. It’s the same three things — purpose, autonomy and mastery. What problem do you want to solve (purpose)? How do you want to solve it (autonomy)? What do you need to learn to solve that problem (mastery)?

One of the many reasons why I love Arizona State University is its focus on solving the world’s problems. Its size, scale, programs, areas of research, areas of study and partnerships tackle almost any problem you define. If you bring an issue to ASU, you can connect with a person who can help.

So don’t worry about what you want to be when you grow up. Spend time thinking about the problem you want to solve and then utilize everything you’ve got to take on that problem and change the world!

Jaime Casap, ’93 MPA in public administration, is the chief education evangelist at Google. He evangelizes the potential of digitalization as an enabling capability in pursuit of promoting inquiry based learning models. He collaborates with school systems, educational organizations and leaders focused on building innovation into our education policies and practices. Subscribe to his YouTube channel at youtube.com/jaimecasap.