Each year, Arizona State University honors leaders in the community for their commitment to servant-leadership in tribute to Martin Luther King Jr.’s admirable contributions to the world. From fighting for LGBTQ+ rights to children’s rights to education, this year’s awardees are exceptional examples of how voices can speak out to disrupt the noise and demand change.

For the first time in the MLK Jr. Servant-Leadership Award’s history, two finalists will be honored at the event, as their dedication to service shined just as bright as the two awardees. 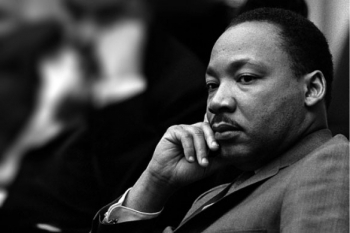 Neil Giuliano is a former mayor of Tempe who has spent his life advocating for a better life for all, specifically the LGBTQ+ community. Meanwhile, Oscar Hernandez-Ortiz is a fifth grade teacher and graduate student studying elementary education who has devoted his time to serving undocumented and underprivileged students.

The two recipients and two finalists will be presented with their awards at the Dr. Martin Luther King Jr. Breakfast Celebration on Jan. 23 to conclude a week of festivities honoring King. 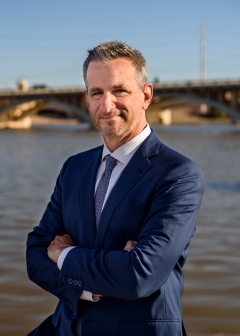 Neil Giuliano, former mayor of Tempe, has been the driving force for many changes in the city since 1990, when he first became a city councilmember. From 1994–2004, Giuliano served as the youngest and first openly gay mayor of Tempe. During his time as mayor, Tempe was named an All-American City. Implementations included the regional light rail, the creation of Tempe Town Lake and the Tempe Performing Arts Center. He is now the president and CEO of Greater Phoenix Leadership, which works to create a safe and prosperous community.

At ASU, he served as director of federal relations and as co-director of the 2004 presidential debate between President George Bush and Sen. John Kerry. He left his lasting legacy by teaching a personal leadership development class for 20 years.

On a national level, Giuliano served as an activist for the LGBTQ+ community. He was the CEO of San Francisco AIDS Foundation, one of the largest AIDS service organizations in the world. He served as president of the Gay and Lesbian Alliance Against Defamation and executive producer of GLAAD Media Awards from 2005–2009. At GLAAD, the third largest LGBT advocacy organization in the U.S., he expanded the organization’s media and antidefamation work to include religious and faith-based communities, sports and advertising media.

Giuliano has dedicated his life to creating a better community, not only for today, but for the future.

“We need to challenge and support young people to be leaders today, not wait for tomorrow,” Giuliano said. “Find what’s important to you, find what you value and go make a statement.” 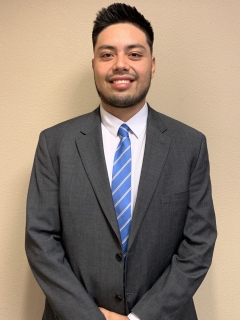 Oscar Hernandez-Ortiz, a fifth grade teacher and graduate student studying elementary education, moved to Arizona from Mexico when he was 9. He didn’t know if college was an option.

During his senior year of high school, he was introduced to the Arizona Dream Act Coalition, which assists students in applying for the Deferred Action for Childhood Arrivals program, or DACA. The process was eye-opening, and Hernandez thought more students should know about it. This realization in 2013 thrust him into a career in advocacy work.

He came to ASU to receive an undergraduate degree in public policy. In 2016, he created an organization called Undocumented Students for Educational Equity at ASU, where undocumented students can receive the support and resources they need.

Since then, he interned at the Arizona House of Representatives, began teaching a fifth grade class and was appointed to the Arizona Department of Education Latinx Advisory Board.

After completing his master’s degree in education, Hernandez-Ortiz, 23, plans to go to law school to fight for civil rights and education law in Arizona.

“Being a public leader is not about pushing a certain agenda, but it’s about being a role model,” Hernandez-Ortiz said. “You want to be a role model for people so they can be a part of a movement and become leaders themselves.” 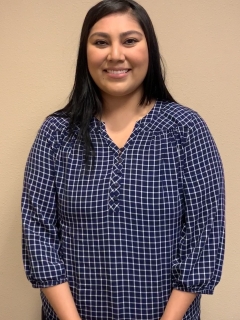 Susan demonstrates her interest in the community through her involvement in her tribe, the White Mountain Apache.

She was a volunteer in Mexico at an all-male orphanage through Phoenix Sister Cities, a tutor for the Glendale Community College Native American Student Association and an assistant coach for the Native Stars boys/girls basketball team. She is currently working on a research project with Barrett, The Honors College to learn why young people in her tribe are turning to alcohol and what methods can be used to reverse this issue.

“We live in a society that still needs the messages of being patient, being able to learn from others and realizing that we are far more similar than we are different,” Susan said. “We still need those encouraging words from Dr. King to guide us.”

El Sayed moved to Arizona from Egypt to continue her passion in bringing better food resources to a wider group of people. 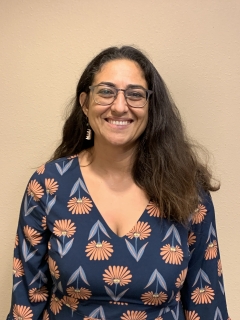 She is the co-founder of Dayma, an LLC responsible for outdoor environmental education and is on the board of Slow Food, an international movement that aims to safeguard local food cultures and traditions by promoting clean food for all. She is a doctoral candidate, mother, researcher and activist.

“One of the big things lacking in our world today is general love and empathy for others,” El Sayed said. “At the end of the day, we are all human beings, we’re all in this together, and there are ways for us to have a bit more empathy toward each other.”