Cliques, binges and bullies: What animals tell us about teen behavior

It’s not easy being teen. Negative images of adolescents populate the media and are associated with words like moody, selfish, impulsive, disrespectful and even dangerous. Suicide rates among teens and young adults have reached their highest point in nearly two decades.

Adolescence is a particularly malleable time for mental and social development. Gaining a better understanding of the teenage brain and behavior can make this time an opportunity, rather than a calamity. 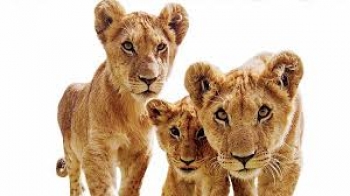 In their recently published book, "Wildhood: The Epic Journey from Adolescence to Adulthood in Humans and Other Animals," authors Barbara Natterson-Horowitz and science journalist Kathryn Bowers reach across species to help us explore the teenage brain. Download Full Image

In their recently published book, "Wildhood: The Epic Journey from Adolescence to Adulthood in Humans and Other Animals," authors Barbara Natterson-Horowitz and science journalist Kathryn Bowers reach across species to help us explore the teenage brain.

Natterson-Horowitz will visit Arizona State University on Thursday, Jan. 16, to share her insights with anyone who is curious about teenage behavior. Free and open to the public, the event will take begin at 5 p.m. at the Biodesign Institute auditorium in Biodesign B.

Natterson-Horowitz is an evolutionary biologist and a visiting professor in the Department of Human Evolutionary Biology at Harvard University. She is also a cardiologist and professor of medicine in the Division of Cardiology at University of California, Los Angeles. She is a New York Times bestselling author of the book "Zoobiquity: What Animals Can Teach Us About Health and the Science of Healing," co-authored with Bowers. Her new book makes the case for a species-spanning approach to research that includes veterinary and evolutionary perspectives.

“Before reading 'Wildhood,' I had no idea that adolescence was ubiquitous in the animal world. 'Wildhood' is an extremely innovative work of science and communication that brings together so many different fields to better understand human adolescence,” said Athena Aktipis, director of the ASU Interdisciplinary Cooperation Initiative and co-lead of the Arizona Cancer Evolution Center. Aktipis is also a professor at ASU Department of Psychology.

According to the Washington Post, “the authors make clear that, in a fundamental sense, adolescent animals and teen humans encounter the same sorts of challenges — and that what may strike elders of any species as nutty, exasperating behavior is not only inevitable for most creatures in that stage of development but truly valuable.”

Natterson-Horowitz and Bowers write, “The same four universal challenges are faced by every adolescent human and animal on earth: how to be safe; how to navigate hierarchy; how to court potential mates; and how to feed oneself. Safety. Status. Sex. Self-reliance. How human and animal adolescents and young adults confront the challenges of wildhood shapes their adult destinies.”

Natterson-Horowitz and Bowers tell a story of the California sea otter. “One specific kind (of otter) joyrides into the death zone, and it’s not the mature adults. It’s certainly not the baby pups. No, the magnificent knuckleheads that swim into the cold, barren, shark-filled Triangle of Death are adolescents. Sometimes they die in a flash of teeth and a swirl of blood. But more often than not, these thrill-seeking animal 'teens' emerge with hard-won experience, newfound confidence and more sea smarts than they had as parent-protected, dependent juveniles.”

Natterson-Horowitz’s visit is sponsored by the Arizona Cancer Evolution Center at ASU, funded last year with $10.8 million from the National Cancer Institute.

The goal of the Arizona Cancer Evolution Center aligns with Natterson-Horowitz’s work in that the research team applies evolutionary and ecological models to cancer biology in an effort to advance the fundamental understanding of cancer and its clinical management. Led by Carlo Maley, the Arizona Cancer Evolution Center team has studied how cancer evolves in whales, elephants and other animals. Ultimately, their end goal is to surface new ways to prevent and treat cancer. Maley is also an associate professor in the School of Life Sciences.

“Barbara Natterson-Horowitz’s work looking across species to learn about health, disease and behavior is really pushing the boundaries of medicine,” Maley said. “Her work is also inspiring for the kind of work we do at the Arizona Cancer Evolution Center, learning about cancer from studying patterns of cancer across species.”

RSVPs are encouraged by email to Cristina.Baciu@asu.edu by Jan. 15. Find more information on the event's flyer: natterson-horowitz_public_lecture_final.pdf

Shantel Marekera is giddy. She has found her own kind of fairy tale as a Rhodes Scholar at the University of Oxford, Arizona State University’s second in three years, and is eagerly working toward her second master’s degree in international relations.Her passion for advocacy, policy and international human rights law, particularly as it concerns women’s rights in her homeland, runs deep. The... 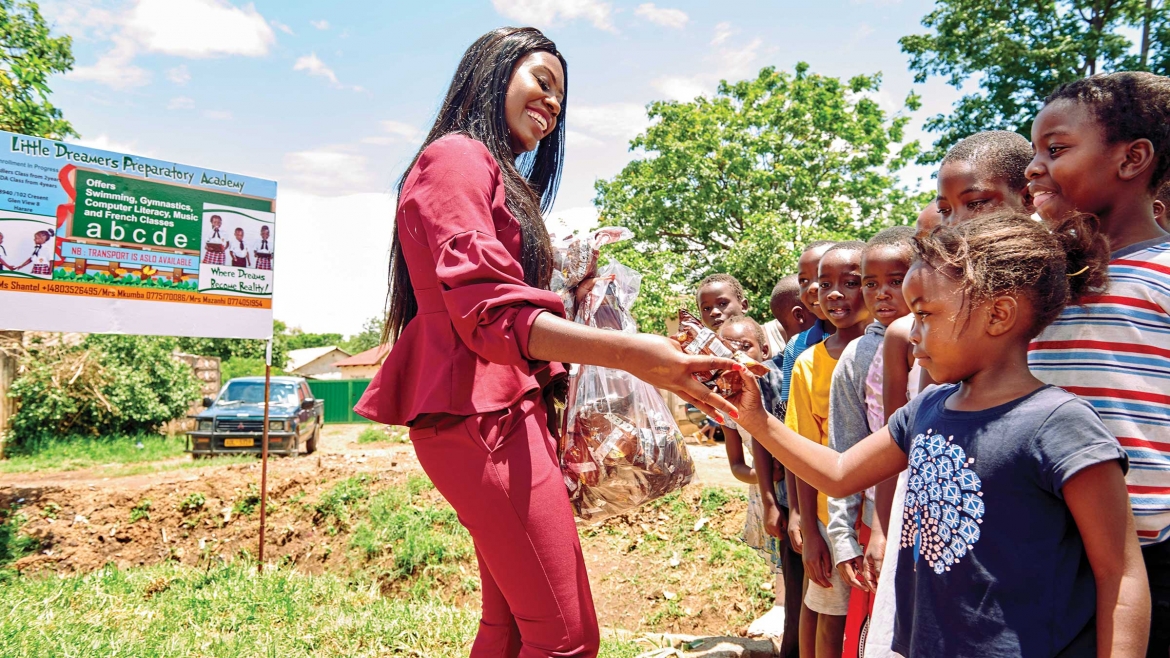 Shantel Marekera is giddy. She has found her own kind of fairy tale as a Rhodes Scholar at the University of Oxford, Arizona State University’s second in three years, and is eagerly working toward her second master’s degree in international relations.

Her passion for advocacy, policy and international human rights law, particularly as it concerns women’s rights in her homeland, runs deep. The Zimbabwe-born Marekera launched the Little Dreamers Foundation, a subsidized preschool for low-income children, in her suburban community of Harare.

In 2005, Zimbabwe’s government implemented changes to its education system, mandating all children graduate from preschool before enrolling in primary school. This put myriad strains on financially disadvantaged families since preschool costs as much as $200 per month. In the face of economic hardship, most families prioritize sending their sons to school.

Determined to help girls in her native community attend school, Marekera tapped into her entrepreneurial spirit and created the Little Dreamers Foundation. It provides tuition, meals and scholastic materials to students for less than $30 per month. She received financial assistance from a fellowship co-sponsored by the Igniting Innovation Summit and The Resolution Project, which support socially responsible young leaders. The preschool opened in August 2018 with a ratio of one boy to three girls.

“Shantel is a brilliant young woman, focused on the best kinds of justice and committed to her country and community. She is the epitome of what the School of Social Transformation hopes for in our students.”

Marekera hopes to introduce a new branch of the preschool each year in a different part of Harare and ultimately open a primary school.

“I feel so honored to play even the smallest role in the future of these amazing children,” she says. “I am so proud of their potential and all they have to offer to the world.”

By living out her dream, Marekera is creating dreams for others.

Top photo: Shantel Marekera reaches out to children from low-income families in her native Zimbabwe by providing preschool education through her Little Dreamers Foundation. Photo by Darran Rees

Written by Jane Lee. This story appears in the winter 2020 issue of ASU Thrive magazine.