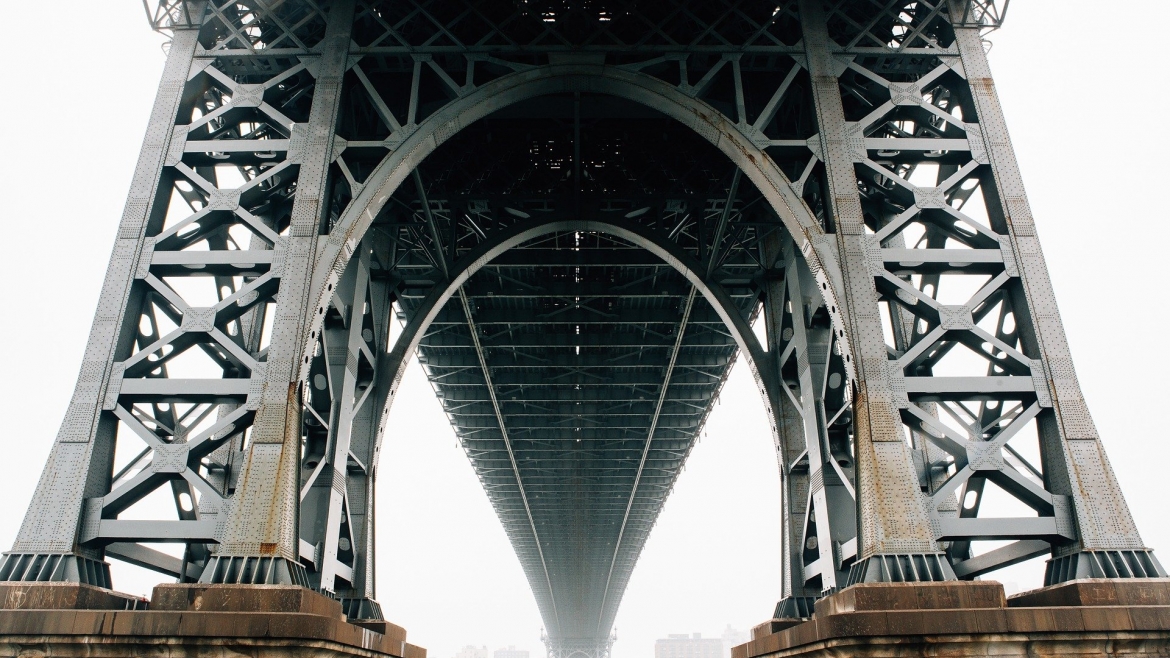 Mapping the way to resilient cities

The alarm is sounding to warn that the structural foundations that have long enabled major cities to function productively in the past won’t provide a reliable template for the future.

This is most evident when it comes to public infrastructure, said Mikhail Chester, an associate professor of civil, environmental and sustainable engineering in the Ira A. Fulton Schools of Engineering at Arizona State University.

Chester and other experts say the power, water and transportation systems that have been relied upon to provide stable foundations for growing urban areas must be reinforced or even “reimagined” to withstand the one thing that is changing in a significant and precarious fashion: the climate.

“Extreme events are going to be a chronic problem for our built environment, especially in urban centers,” Chester said. “We need to rethink how we design infrastructure for environmental extremes and how we position our communities to be prepared for these events.”

He and colleagues at ASU and elsewhere are progressing on multiple related efforts to help cities confront the challenge.

Chester has the lead role in an extensive five-year endeavor, funded by a $3.5 million grant from the National Science Foundation’s Growing Convergence Research program, to create platforms for the development of social, ecological and technological infrastructure systems for urban resilience.

Along with two ASU researchers — Regents Professor Nancy Grimm, in the School of Life Sciences, and Associate Professor Nathan Johnson, in The Polytechnic School, one of the six Fulton Schools — the project involves peers at Georgia State University, The New School, Barnard College and the U.S. Forest Service.

The team’s goal, Chester said, is to “identify cutting-edge transition strategies” for cities to follow in strengthening urban infrastructure systems against extreme weather events they will likely face throughout the 21st century. The detrimental impacts of extreme weather events on public services such as electrical power could be especially severe in high-density urban areas in which more people, buildings and infrastructure systems could be affected. Photo courtesy of Pixabay

In accord with the NSF’s convergence research approach, the project involves collaborations of scientists, engineers and other experts in a broad range of fields — including engineering, social sciences and ecology. Those specialists will, in turn, engage with public policy makers, community groups, nongovernmental organizations and other stakeholders to devise ways to implement urban resilience strategies for infrastructure.

The project builds on an ongoing five-year, nine-city effort called the Urban Resilience to Extremes Sustainability Research Network, UREx SRN for short, based at ASU. Grimm, an ecosystem ecologist, is co-director of the research network that has research objectives closely aligned with those of Chester’s NSF convergence research priorities.

“We need to bring together the domains of social, ecological and technological expertise that don’t often talk to each other because the challenge of preparing for the impacts of extreme events is one that requires input from all of these perspectives,” Grimm said. “We want to merge the theoretical frameworks on resilience currently differentiated between engineering, ecology, social science and social-ecological systems. It’s important to get that framework right because there are so many competing ideas about what resilience means. It’s a popular concept, but a mightily contested one.” Urban transportation systems — especially freeways — are a key focus of city leaders concerned about the vulnerability of public infrastructure to the potential damage that could be inflicted by severe weather exacerbated by climate changes. Photo courtesy of Pixabay

Rising heat, heavier flooding and drought are among the challenges the Phoenix metro area could face with intensifying weather events, Hartman said, “so we are active participants in these ASU projects. They will help generate a more sophisticated dialogue about defining sustainability and dealing with the different facets of climate impacts.”

Both Grimm’s and Chester’s projects spring from the realization that old models of infrastructure design based on the climate conditions of the past “are untenable in the ‘new normal’ of extreme weather events,” Grimm said.

They and their fellow researchers envision solutions emerging from innovations in the design and development of both “gray” and “green” infrastructure — in other words, the integration of built structures and natural ecosystems to work together to protect against the harmful environmental impacts of climate change.

For an example of complementing gray and green infrastructure solutions, Grimm points to Hurricane Sandy in 2012 (also called Superstorm Sandy), the second-costliest hurricane on record in the United States at the time. Storm-recovery efforts include restoration of coastal wetlands and dunes, along with construction of a large sea wall, work that is now underway in the New York city area.

Similarly, in Arizona, the city of Scottsdale’s Indian Bend Wash Greenbelt was designed specifically to keep flooding in the area from inflicting no more than minimal damage, she says, because it spreads floodwaters across parks and golf courses, while roads, businesses and homes are safely located beyond the broad floodplain.

Beyond that, researchers want to see cities’ transitions to new infrastructure systems be firmly grounded in concern for social equity, which means systems that are accessible and beneficial for all segments of urban populations.

That aspect of the research mission is emphasized by David Iwaniec, a co-director on Chester’s convergence research project and a leader of one of UREx SRN’s research working groups.

Iwaniec earned a doctoral degree in sustainability at ASU, worked as a postdoctoral researcher for Grimm and then as an assistant research professor for the School of Sustainability. He’s now an assistant professor in the Urban Studies Institute at Georgia State University.

His focus in the ASU urban resilience projects is on helping construct scenarios to guide communities in exploring various alternatives for transitions to new urban infrastructure systems. In addition, Iwaniec will devise assessments of those scenarios so stakeholders can better understand the potential implications of implementing various transition scenarios.

“This is not just about how engineered infrastructure is deployed,” Iwaniec said. “It is also about the governance and public interests involved in the process, about fostering a more bottom-up process that reflects community values.”

Iwaniec’s goal is to provide communities with a clear picture of the economic and social impacts of proposed new infrastructure systems. The idea is for such scenarios to help establish dialog with stakeholders as a basis for overcoming uncertainties, conflicts and other barriers to progress.

Related to these efforts, Johnson is developing the Resilient Infrastructure Simulation Environment, called RISE, as a platform to simulate different scenarios under day-to-day operations as well as during disruptions of various infrastructure systems, such as problems caused by extreme weather events.

It’s all part of a process Chester and his collaborators call synthetic infrastructure generation, which will provide simulations of the dynamics of various facets of those systems and show how they interact with each other to shape the urban fabric. 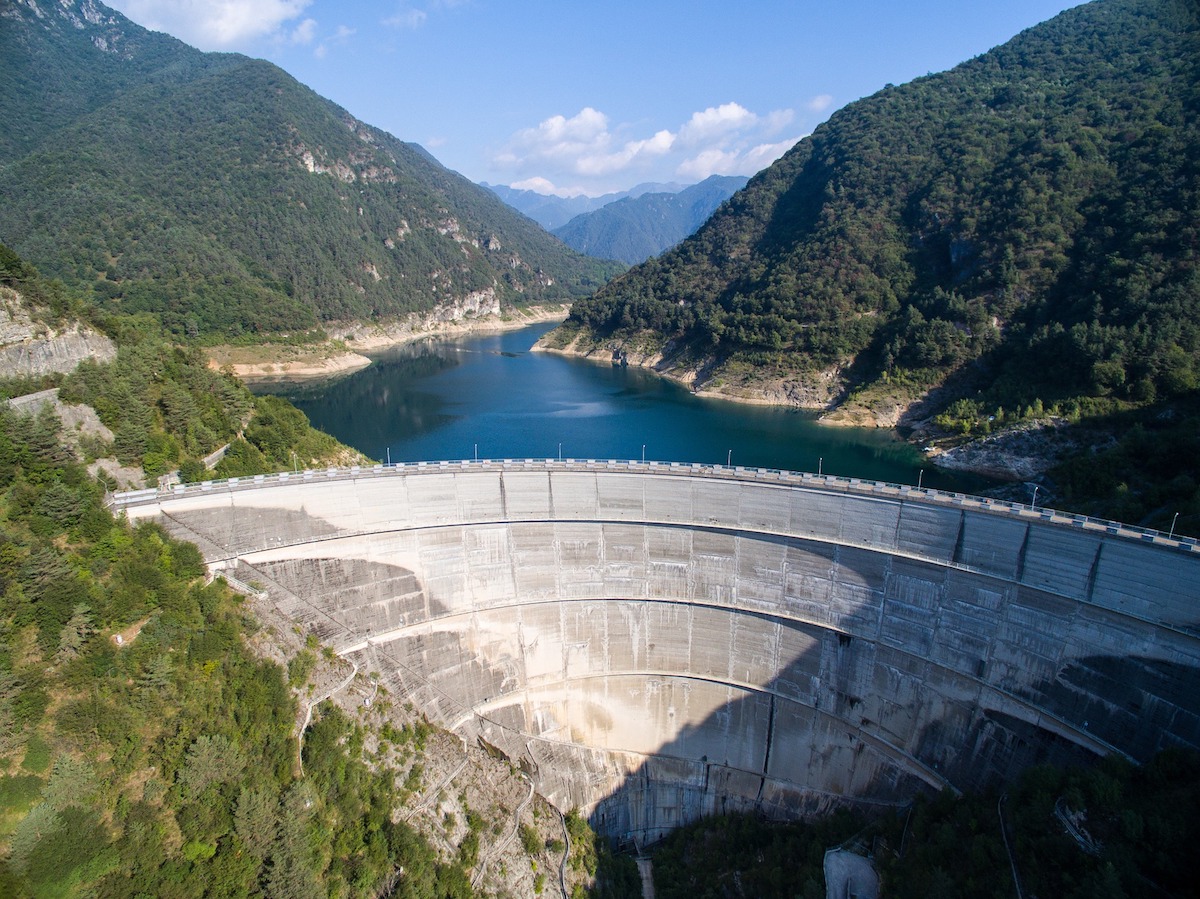 Dams and water reservoirs could be particularly impacted by the effects of climate change. Experts say such facilities must be reinforced to withstand strong physical and environmental pressures that accelerated shifts in climatological behavior could trigger. Photo courtesy of Pixabay

“Stakeholders will then tell us what they are worried about, and that sends us back to the drawing board,” Chester said.

What Chester hopes to eventually see is increased public awareness of how modernizing infrastructure to protect it from the threatening forces of a changing climate is critical to sustaining and enhancing the economies, social dynamics and the overall quality of life in America’s cities.

Top photo: The intensity of storms, hurricanes, floods, wildfires and heat waves resulting from climate change can pose serious threats to the stability of public infrastructure, such as bridges. Mikhail Chester, an associate professor at Arizona State University, is leading a project to provide expertise from scientists and engineers to help policymakers and communities groups take steps to protect urban infrastructure systems from the disruptive impacts of extreme weather events. Photo courtesy of Pixabay

Understanding the factors that structure global biodiversity patterns — the distribution and diversity of life on Earth — has been of long-standing scientific interest. To date, much of this research has focused on present-day climate, such as average temperature or rainfall, because climate is known to influence species' geographic distributions and because human-caused climate change is a major threat. Likewise, other recent human impacts, such as deforestation and urbanization of wild lands that destroy habitats for many species, are known to influence biodiversity and are well-studied.

What many of these studies overlook, however, is that present-day biodiversity patterns are the outcome of thousands of years of changes in Earth’s climate and, more recently, prehistoric human activity. Thus, present-day biodiversity patterns need not be primarily driven by recent climate or human impacts. A small but growing body of studies suggest that legacies of the ancient past continue to structure patterns of life on Earth today. Indeed, though this may be the case, global-scale analyses on this issue remained elusive until now.

To tackle this issue, the researchers analyzed a database of 515 mammal communities across the globe. For each community (i.e., an assemblage of mammal species occupying the same area), they collected data on the species present, their ecological characteristics (body size, diet, etc.) and their evolutionary relationships to one another. They used this information to measure the ecological and evolutionary structure of each community and then asked whether it was best explained by present-day climate (current temperature and rainfall), Quaternary paleoclimate changes (changes in temperature and rainfall from around 22,000 years ago and 6,000 years ago to the present), recent human activity (land-use change since the Industrial Revolution) or prehistoric human activity (human-driven mammal extinctions that happened over the last 100,000 years as humans spread across the globe).

The research findings show, for the first time, that current patterns of mammal diversity across the world’s tropical and subtropical regions are structured by both past and present climate and human impacts, but specific effects vary by region.

“We have long been interested in finding overarching explanations for what drives mammal diversity across the globe,” Rowan said. “For our research group, this study made us realize that there probably isn’t one — every region of the world has its own distinct history, and that history matters today.”

In the Neotropics (South and Central America), for example, mammal communities are strongly influenced by prehistoric human-driven extinctions over the last 100,000 years. When humans arrived in the Neotropics, they caused massive extinctions of the region’s mammals, the effects of which linger today in the surviving communities. Conversely, Africa was lightly impacted by these extinctions, and the region’s present-day communities are mainly shaped by current and prehistoric climates. Southeast Asia and Madagascar also have their own suite of past and present climatic and human factors that shape them.

These global differences highlight an important finding of the study — there is no one-size-fits-all explanation for what structures mammal biodiversity across the world. Each of world’s major regions has a unique ecological and evolutionary history, and these histories continue to strongly influence the distribution and diversity of mammalian life on Earth.

“Now that we have a global study of the similarities and differences of the overarching effects on mammal communities, we will continue to explore each region in depth to examine other factors that affected these communities in the past and what that might mean for the future," Reed said.

The climatic and human-impact legacies of the ancient past can be, and often are, as or more important than their present-day counterparts. As scientists continue to understand global patterns of biodiversity, the researchers suggest that past climate and human impact factors should be incorporated into future studies. They propose that this will result in a more holistic understanding of what drives biodiversity and how it may respond to ongoing and future human-caused changes in the 21st century.