Understanding the factors that structure global biodiversity patterns — the distribution and diversity of life on Earth — has been of long-standing scientific interest. To date, much of this research has focused on present-day climate, such as average temperature or rainfall, because climate is known to influence species' geographic distributions and because human-caused climate change is a major threat. Likewise, other recent human impacts, such as deforestation and urbanization of wild lands that destroy habitats for many species, are known to influence biodiversity and are well-studied.

What many of these studies overlook, however, is that present-day biodiversity patterns are the outcome of thousands of years of changes in Earth’s climate and, more recently, prehistoric human activity. Thus, present-day biodiversity patterns need not be primarily driven by recent climate or human impacts. A small but growing body of studies suggest that legacies of the ancient past continue to structure patterns of life on Earth today. Indeed, though this may be the case, global-scale analyses on this issue remained elusive until now.

To tackle this issue, the researchers analyzed a database of 515 mammal communities across the globe. For each community (i.e., an assemblage of mammal species occupying the same area), they collected data on the species present, their ecological characteristics (body size, diet, etc.) and their evolutionary relationships to one another. They used this information to measure the ecological and evolutionary structure of each community and then asked whether it was best explained by present-day climate (current temperature and rainfall), Quaternary paleoclimate changes (changes in temperature and rainfall from around 22,000 years ago and 6,000 years ago to the present), recent human activity (land-use change since the Industrial Revolution) or prehistoric human activity (human-driven mammal extinctions that happened over the last 100,000 years as humans spread across the globe).

The research findings show, for the first time, that current patterns of mammal diversity across the world’s tropical and subtropical regions are structured by both past and present climate and human impacts, but specific effects vary by region.

“We have long been interested in finding overarching explanations for what drives mammal diversity across the globe,” Rowan said. “For our research group, this study made us realize that there probably isn’t one — every region of the world has its own distinct history, and that history matters today.”

In the Neotropics (South and Central America), for example, mammal communities are strongly influenced by prehistoric human-driven extinctions over the last 100,000 years. When humans arrived in the Neotropics, they caused massive extinctions of the region’s mammals, the effects of which linger today in the surviving communities. Conversely, Africa was lightly impacted by these extinctions, and the region’s present-day communities are mainly shaped by current and prehistoric climates. Southeast Asia and Madagascar also have their own suite of past and present climatic and human factors that shape them.

These global differences highlight an important finding of the study — there is no one-size-fits-all explanation for what structures mammal biodiversity across the world. Each of world’s major regions has a unique ecological and evolutionary history, and these histories continue to strongly influence the distribution and diversity of mammalian life on Earth.

“Now that we have a global study of the similarities and differences of the overarching effects on mammal communities, we will continue to explore each region in depth to examine other factors that affected these communities in the past and what that might mean for the future," Reed said.

The climatic and human-impact legacies of the ancient past can be, and often are, as or more important than their present-day counterparts. As scientists continue to understand global patterns of biodiversity, the researchers suggest that past climate and human impact factors should be incorporated into future studies. They propose that this will result in a more holistic understanding of what drives biodiversity and how it may respond to ongoing and future human-caused changes in the 21st century.

Africa harbors the greatest diversity of large-bodied mammals today, though this was not always the case. As recently as 50,000 years ago, virtually all of Earth’s continents were populated with a great variety of species rivaling Africa’s present-day diversity. North America and Eurasia hosted ice-age icons like wooly mammoths and saber-toothed cats, giant kangaroos and 6,000-pound wombats ro...

Institute of Human Origins , School of Human Evolution and Social Change , The College of Liberal Arts and Sciences , Social science 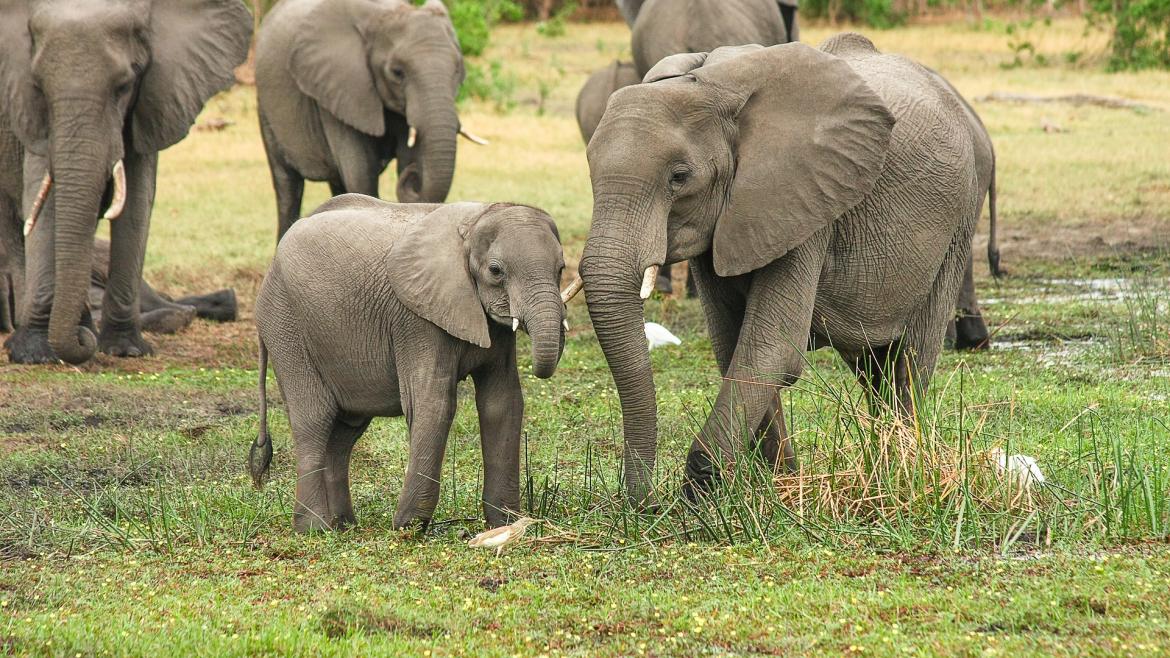 Africa harbors the greatest diversity of large-bodied mammals today, though this was not always the case. As recently as 50,000 years ago, virtually all of Earth’s continents were populated with a great variety of species rivaling Africa’s present-day diversity. North America and Eurasia hosted ice-age icons like wooly mammoths and saber-toothed cats, giant kangaroos and 6,000-pound wombats roamed the Australian Outback, and gorilla-sized lemurs ambled across the forest floors of Madagascar.

Unfortunately, all of these creatures disappeared during the last 50,000 years as our species — Homo sapiens — spread across the globe. Though long a source of heated debate, it is now clear that humans equipped with advanced stone tools were largely responsible for the demise of these large mammals. These extinctions occurred in virtually every region of the world except Africa, where most large mammals survived to the present day.

For the last 50 years, the common explanation for this anomaly has been to invoke ancient hominin impacts in Africa. That is, because human ancestors have been present in Africa for nearly 7 million years — much longer than any other region of the world — they likely caused extinctions earlier in Africa than anywhere else.

But a team of researchers, including 2018 Arizona State University doctoral graduate John Rowan, have overturned decades of thinking on ancient hominin impacts in Africa. Rowan is now a postdoctoral scientist with the University of Massachusetts Amherst. He studied with the School of Human Evolution and Social Change, advised by Institute of Human Origins’ researcher and SHESC Director Kaye Reed.

The research team focused their analyses on the very largest mammal species, so-called megaherbivores (species over 2,000 pounds). To test for ancient hominin impacts on megaherbivore diversity, the researchers analyzed a 7-million-year record of extinctions in Africa and compared it to milestones in human evolution that have been previously implicated in these extinctions. This includes, for example, the earliest stone tools and mammal butchery (around 3.4 million to 3.3 million years ago) and the first appearance of Homo erectus (around 1.9 million years ago), a species that made advanced stone hand-axes and is known to have consumed ample quantities of meat.

Rowan and colleagues showed that the decline of megaherbivores in Africa over the last 7 million years occurred independently of any milestone in human evolution to which it might be linked. In fact, the loss of megaherbivores begins 4.6 million years ago, a time when the only known hominin is Ardipithecus, a small-brained and ape-like human ancestor that lacked stone tools and at best hunted small prey like chimpanzees do today. Going a step further, the researchers propose that most hominin species over the last 4.6 million years were unlikely to have contributed to the demise of megaherbivores, as the rate of extinction does not significantly change from Ardipithecus onwards, despite the appearance of larger-brained and tool-bearing hominin species.

The decline of African megaherbivore diversity (gray curve) over the last 7 million years was driven by falling atmospheric carbon dioxide and the expansion of grasslands, not ancient hominin impacts. The onset of the megaherbivore decline around 4.6 million years ago (red dashed line and shading) occurs well before the appearance of tool-bearing hominin species capable of hunting large prey.

“If hominins were responsible for the extinction of megaherbivores, we would expect their decline to be more step-like and to track behavioral or adaptive milestones in human evolution” said Rowan. “It is instead gradual — playing out over nearly 5 million years — long before the appearance of any hominin remotely capable of taking down rhino- or elephant-sized prey. This suggests to our research team that widespread impacts on the large mammal species and terrestrial ecosystems might be unique to us — Homo sapiens.”

As an alternative to ancient hominin impacts, the researchers argue that the decline of megaherbivores is instead related to environmental change. The main culprits of this change were falling atmospheric carbon dioxide (CO2) and the replacement of large shrubs and trees by grasslands. They note that CO2 decline and grassland expansion are linked phenomena because tropical grasses have a greater ability to cope with low levels of atmospheric CO2 in comparison to trees. They also showed that many of the extinct megaherbivores were browsers who fed on the leaves of trees, suggesting they disappeared alongside their food sources as grasses came to dominate African savannas over the last 5 million years.

“Human impacts on Earth’s biodiversity have been significant and sometimes catastrophic,” said Rowan. “In this case, at least, our ancestors are not to blame. This is very clearly a long-term, bottom-up loss of diversity related to broader events in Earth’s climate and environments over the last several million years.”