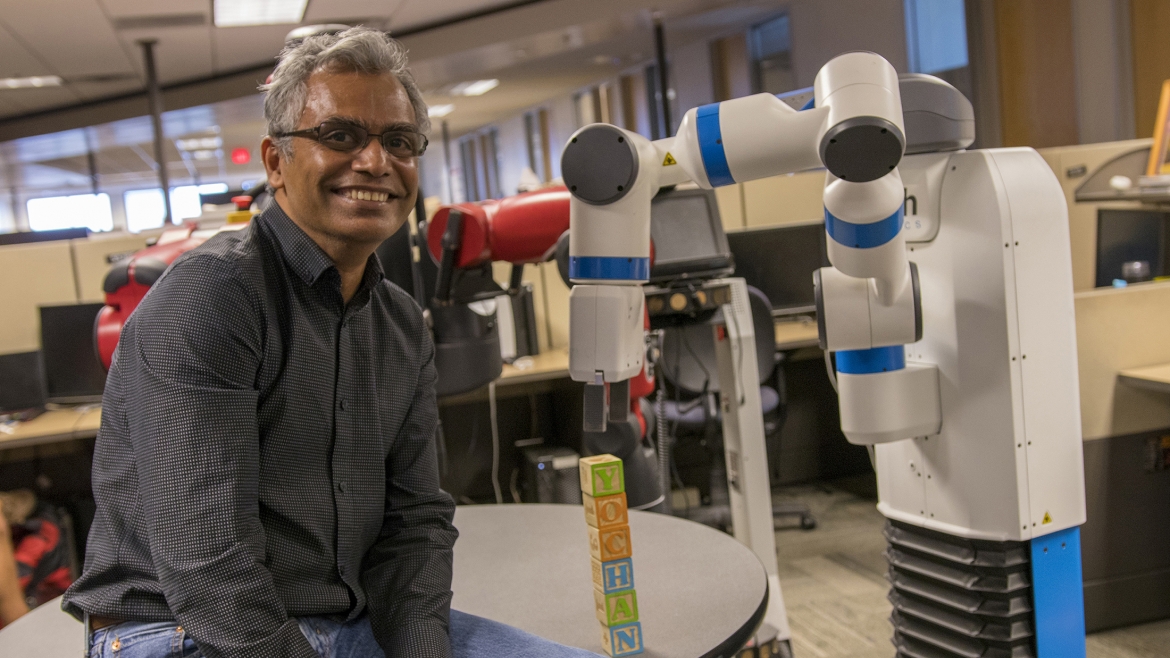 Subbarao Kambhampati is among the newly elected fellows of the world’s largest educational and scientific computing society, the Association for Computing Machinery, known as ACM.

A professor in the School of Computing, Informatics, and Decision Systems Engineering, one of the six Ira A. Fulton Schools of Engineering at Arizona State University, Kambhampati is a leading researcher in artificial intelligence, automated planning, human-aware AI systems, machine learning and data and information integration.

The ACM elevated him to fellow status specifically for "contributions to automated planning and human-aware AI systems and leadership within the field.”

Kambhampati, who joined ASU’s faculty in 1991, leads the Yochan research group in the Fulton Schools, where his research team is developing human-aware AI systems capable of “fluid teaming” — or collaborative interaction — of robots and humans.

“Having spent my entire career at ASU, I consider being made an ACM Fellow as much of a recognition for the many talented Yochanites I’ve been privileged to work with over the years, as it is a recognition of me,” Kambhampati said.

To date, 20 doctoral students and 33 master’s degree students have done their dissertation or thesis work under Kambhampati’s supervision, while almost 30 undergraduates have also conducted research with his guidance. He is currently working with more than a dozen students on various projects.

“I’m delighted to see Subbarao’s significant and meaningful work acknowledged with this recognition,” said Professor Sethuraman Panchanathan, ASU’s executive vice president of the Knowledge Enterprise and chief research and innovation officer. “He is well respected in his field as an exceptional researcher, teacher and mentor, and is well-deserving of being an ACM Fellow.”

Kambhampati’s research has earned support from multiple federal research funding agencies, including the National Science Foundation, the Defense Advanced Research Project Agency, the Office of Naval Research, the Air Force Office of Scientific Research, the Army Research Office, as well as from industry leaders such as Google, IBM and JP Morgan.

He has won multiple teaching awards during his career, given numerous talks and presentations at professional science and engineering conferences and to industry organizations, and has nearly 300 publications in leading research journals and conference proceedings in his field. In addition, several of his students have won best research paper and best dissertation awards over the years.

In 2011, ASU students selected him to give a talk as part of the popular Last Lecture Series.

Kambhampati was elected a fellow of the American Association for the Advancement of Artificial Intelligence, or AAAI, in 2004 and was the organization’s president from 2016 through 2018, becoming a prominent voice on issues and in public education efforts exploring AI technology and its societal impacts.

He has spoken on the impacts of AI at the National Academies of Sciences, Engineering, and Medicine; the Federal Communications Commission and the White House, and been quoted in multiple national and international news media, including The New York Times, the Hindu and the Guardian.

Kambhampati is described as “a passionate AI evangelist” by fellow Fulton Schools Professor Huan Liu, who cites Kambhampati’s fervency in updating material taught in AI courses as part of his “tireless efforts to nurture future generations of AI researchers.”

Liu, who is also an ACM Fellow, points as well to Kambhampati’s numerous public talks and frequent tweets that provide keen insight into issues revolving around AI’s evolution.

Another colleague, computer science and engineering Professor Daniel S. Weld at the University of Washington, says “in addition to high-impact technical contributions, (Kambhampati) has trained a generation of creative and tenacious researchers who are working at top institutions around the world.”

Kambhampati has served as a program chair for several leading professional conferences in artificial intelligence, including the AAAI conference and the International Joint Conference on Artificial Intelligence. He is also on the editorial boards of several research journals and is a founding director of the Partnership on AI, an influential industry/nonprofit consortium focusing on societal impacts of artificial intelligence.

He was elected a fellow of the American Association for the Advancement of Science in 2017, and in 2018 was named a “distinguished alumnus” of the Computer Science Department of the University of Maryland, College Park.

As an ACM Fellow, Kambhampati is now recognized as a distinguished of member of a global organization of about 100,000 educators, researchers and other professionals in a range of computing fields.

Becoming a new mother can be exciting, but it is also one of the most stressful and vulnerable times in the lives of many women. It is estimated that as many as 85% of new moms experience some form of postpartum depressive symptoms, and a large number go on to experience clinical levels of depressive symptoms.Starting February 21, 2020, the Clinical Psychology Center in the Arizona State Univer... 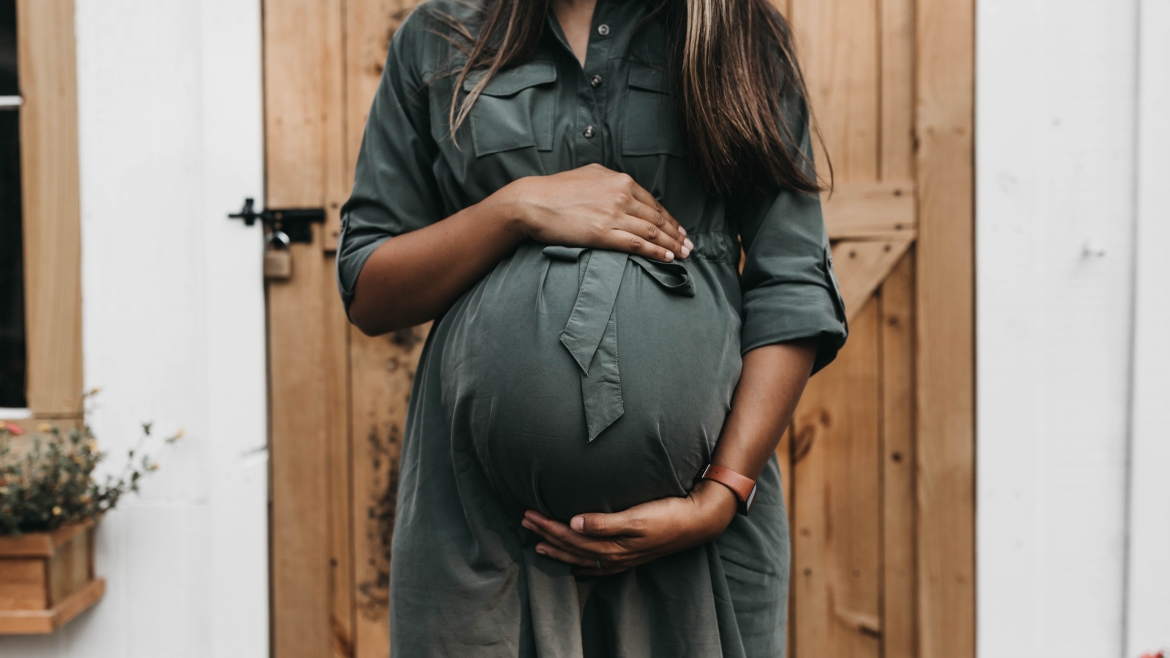 Becoming a new mother can be exciting, but it is also one of the most stressful and vulnerable times in the lives of many women. It is estimated that as many as 85% of new moms experience some form of postpartum depressive symptoms, and a large number go on to experience clinical levels of depressive symptoms.

Starting February 21, 2020, the Clinical Psychology Center in the Arizona State University Department of Psychology will launch a new support group for expectant mothers. This group will be open to members of the community, and ASU staff, students and alumni.

The goal of the support group is to prevent postpartum depression and stress following birth.

Postpartum depression is often confused with “baby blues,” which are normal mood swings that happen during the week or two after the baby is born. Baby blues can include anxiety, irritability or trouble sleeping, but postpartum depression is more severe and can last up to a year after the birth and include symptoms like withdrawing from family, excessive crying or feelings of worthlessness or shame.

“The arrival of a new baby is filled with a lot of new stressors. Even though it is an exciting time, there are a lot of changes that come with pregnancy. There are body changes, emotional changes and life transitions,” said Sarah Curci, a clinical psychology graduate student who will run the group.

The support group will provide a way for expectant mothers to think about the transitions that accompany a new baby and to learn coping strategies. The ASU Clinical Psychology Center has three goals for the group: teach better stress-management tools, increase attachment with the expected baby and leverage existing support networks in the participants’ lives. This program has been demonstrated to reduce depressive symptoms, prevent new cases of major depression and improve mood management.

“This group is designed to provide moms a space to talk about things that can be stigmatized or are otherwise not socially acknowledged, despite being quite common,” said Austin Blake, a clinical psychology graduate student who will work with Curci to run the group.

The new group will allow pregnant women to have a space where they can feel validated in their own experiences and learn from other women who are going through similar things.

“It is a really normal experience to feel stressed during this time, and another goal we have is to help participants realize that it is normal to feel unprepared or like that they aren’t doing a good job,” Blake said.