Popular Science magazine has given one of its top accolades to a device developed by Arizona State University researchers that can pull carbon gas from ambient air. The device, developed by ASU Professor Klaus Lackner and his colleagues and commercialized by Silicon Kingdom Holdings, Dublin, is called MechanicalTree. It is the world’s first passive direct air capture technology.

According to the description by Popular Science: “A forest of 1,200 mechanical ‘trees,’ …  is poised to pull more carbon dioxide out of the air than any human-made endeavor before it. Instead of wood, these metal columns (the specific material remains under wraps) use discs made of sorbent, which can absorb three times its weight in carbon dioxide as the wind blows through it. A cluster of 12 can suck a metric ton of the gas out of the atmosphere every day; a full lot, like the pilot one SKH is planning to install … can remove up to 36,500 metric tons annually. That’s nearly 1,844 American households’ worth of emissions.” 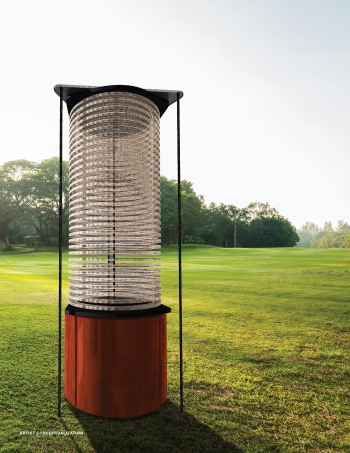 Over the next decade, SKH plans to deploy MechanicalTree farms globally to mitigate carbon emissions. This will be initiated through a phased deployment with large-scale farms of up to 120,000 MechanicalTrees capturing some 4 million tons of CO2 annually and occupying a land space of just 2 to 3 square kilometers (0.8 to 1.2 square miles) per farm. On a global scale, 250 large scale farms have the capacity to capture 1 gigaton of CO2, representing more than 2% of global emissions.

The proprietary technology of the device acts like a tree that is about a thousand times more efficient at removing CO2 from the air. The MechanicalTrees allow the captured gas to be sequestered or sold for reuse in a variety of applications, such as synthetic fuels, enhanced oil recovery or in food, beverage and agriculture industries.

Unlike other carbon capture technologies, MechanicalTree technology can remove CO2 from the atmosphere without the need to draw air through the system mechanically using energy intensive devices. Instead, the technology uses the wind to blow air through the system. This makes it a passive, relatively low-cost and scalable solution that is commercially viable. If deployed at scale, the technology could lead to significant reductions in the levels of CO2 in Earth’s atmosphere, helping to combat global warming.

“The atmospheric carbon situation has become critical and we need to start doing something about it,” said Lackner, director of the Center for Negative Carbon Emissions and an ASU engineering professor in the School of Sustainable Engineering and the Built Environment. “Carbon dioxide is a waste product we produce every time we drive our cars or turn on the lights in our homes. Our device can recycle it, bringing it out of the atmosphere and either bury it or use it as an industrial gas.”

The MechanicalTree is a novel geometry which is agnostic to wind direction. Each one contains a stack of sorbent-filled disks. When the tree-like column is fully extended and the disks spread apart, air flow makes contact with the disk surfaces and CO2 is bound to it. During regeneration, the disks are lowered inside the bottom container. Inside the chamber, the CO2 is released from the sorbent. The released gas is then collected, purified, processed and put to other uses, while the disks are redeployed to capture more CO2.

“Our goal is to accelerate the global climate effort set out in the Paris Agreement to contribute to reversing global carbon emissions in the next 10 to 15 years,” said Pól Ó Móráin, chief executive officer of SKH. “Our passive process is the evolution of carbon capture technology, which has the ability to be both economically and technologically viable at scale in a reasonably short time frame.”

Popular Science’s Best of What's New is a definitive list of the 100 most innovative technologies and products from the past year. Each year, Popular Science editors review thousands of new products and innovations and choose the top 100 winners across 10 categories. To win, a product or technology must represent a significant step forward in its category.

The Best of What’s New competition began in 1988 and is one of Popular Science’s longest running and most popular editorial features.

What does a comedy performance look like when the cast and crew are all women? "Funny for a Girl" is a live comedy show created, produced and performed by ASU film and theater students. Based on personal experiences, senior Bella Tindall created the all-female show for her final capstone project, and producer Bethany Henthorne helped make it a reality. Video by Ashley Sorensen/ASU Now... 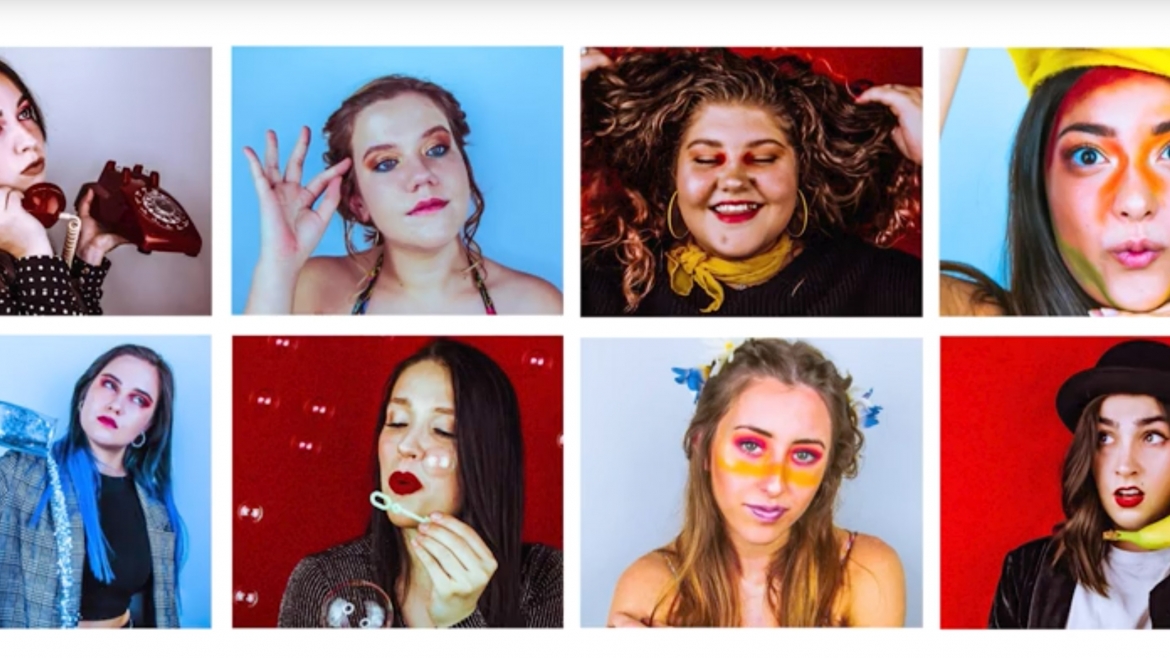 What does a comedy performance look like when the cast and crew are all women?

"Funny for a Girl" is a live comedy show created, produced and performed by ASU film and theater students. Based on personal experiences, senior Bella Tindall created the all-female show for her final capstone project, and producer Bethany Henthorne helped make it a reality.