Stories of those afflicted with Lyme disease abound and cases appear to be on the rise. Yet few are aware of the symptoms, severity or cause of this disease, which is notoriously difficult to diagnose and treat.

Lyme disease, which is caused by the Borrelia burgdorferi spirochete bacteria, is transmitted from ticks to humans. It represents the most common vector-borne illness in the Northern Hemisphere, and in the United States alone, there are 300,000 cases annually. As the number of cases rises each year, researchers are scrambling for a way to improve the effectiveness of treatment. Some pharmaceutical groups have even begun clinical trials to test out potential Lyme disease vaccines. 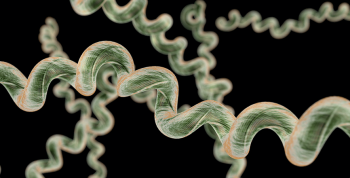 Lyme disease, which is caused by the Borrelia burgdorferi spirochete bacteria, is transmitted from ticks to humans. It represents the most common vector-borne illness in the Northern Hemisphere, and in the United States alone, there are 300,000 cases annually. Download Full Image

Upon infection from a tick, a bullseye-like rash may form at the bite site, and the host will develop flu-like symptoms. When caught early, the bacteria can be cleared from the body with common antibiotics; however, if this distinct rash does not form, many physicians will mistake the symptoms for that of a more generic infection. When left untreated, the bacteria take hold of the body, and infected individuals are left to combat their symptoms for the entirety of their lives. Unfortunately, this mistake happens at a relatively high rate, with around 15% of infected individuals developing a chronic form of the illness.

In addition to recurrent fevers, downstream symptoms may include arthritis, inflammation of the heart and neurological complications. What allows this pathogen to fly under the radar of the immune system is yet to be uncovered.

“There are more people moving into research on Lyme disease because we are seeing more and more people being diagnosed with it,” said Debbie T. Hansen, associate research professor in the Biodesign Center for Applied Structural Discovery and associate faculty in the Biodesign Center for Innovations in Medicine. “It’s not going to go away — it’s in ticks, mammals, birds. People are always going to be infected with this. It can’t be eradicated — it’s not like smallpox.”

Hansen and Karie Robertson, a PhD student in the Biodesign Center for Applied Structural Discovery, led a group of ASU researchers in a study on the structure of membrane proteins associated with Lyme disease, which culminated in a publication in Nature – Scientific Reports. These structural proteins hold promise for a better understanding of how the bacterium interacts with host cells.

Membrane proteins are what mediate host-pathogen interactions and represent the greatest potential therapeutic target for barring pathogens from affecting host cells. What is unique about this study is the fact that this is the first time these proteins were isolated from the membrane of a bacterium.

“We wanted to do what no other group has done before, which is to look at the proteins from the Lyme disease pathogen in the presence of the cell membrane,” Hansen said. “We looked at what structures were in the Protein Data Bank (an active repository where researchers deposit their atomic-level resolution structures of proteins) — we saw that there were 50 or so proteins for Lyme disease, but none of them were studied at the cell membrane. All these groups of structures were being expressed in the cytoplasm — send them to the membrane and they fold completely different.”

This was no easy feat, however. Because the pathogen responsible for causing Lyme disease cannot be handled in a traditional lab setting, researchers recombinantly expressed the proteins in E. coli, a common guinea pig strain for expressing foreign proteins. Luckily, E. coli had all the necessary components for helping these proteins assemble.

“Getting membrane proteins to fold properly is not a spontaneous process — there are actually a number of other proteins that help it happen,” Hansen said. “We let E. coli do the work — it has a lot of these proteins in the membrane protein assembly pathways.”

Unfortunately, many of these expressed proteins were found to be toxic to E. coli.

“As soon as the proteins were made, the cell would die,” said Petra Fromme, director for the Biodesign Center for Applied Structural Discovery and author on the study.

Although 11 proteins were tested in E. coli, only seven were expressed successfully. One protein, in particular, BBA57, showed the most promise. BBA57 is the protein implicated in causing host inflammation upon infection and is suspected of helping the bacterium attach to the host cell and trigger an immune response.

Because the bacteria could only withhold a small number of membrane proteins before dying, only a minimal quantity of protein could be harvested from the cell. Electron microscopy functions with a relatively small amount of sample, so it was selected for imaging. The resulting visuals indicated that a relatively large protein (roughly 10 times larger than the starting protein) developed with a pore in the center.

“It was a large complex with a hole in it, indicating that it’s a transporter — it transports something across the membrane,” Fromme added.

There are a wide variety of functional studies that can be conducted to determine what this transporter does and how it can be manipulated.

“With a transporter or channel, you can test for things on either side of the membrane. You can determine the largest molecule that can fit through, whether it goes through on its own or whether it needs a driving force such as a membrane potential. You can even determine whether it needs ATP to pass through,” Fromme said.

Researchers could also compare and contrast how the protein forms in the bacteria versus how it forms when it comes into contact with the host membrane.

“It may be the case that this transporter forms when the membrane is expressed on the bacterial membrane and communicates with the host membrane,” Fromme added.

These functional and structural studies can get researchers one step closer to developing drugs to combat Lyme disease.

“When you know what the transporter is transporting, you can design drugs to block the transport of whatever molecule is passing through,” Fromme said.

In related research, another research group found that by knocking out this protein in the bacteria, arthritis and heart inflammation were ameliorated, and host immune responses were no longer suppressed. They also found that without this protein, transmission rates declined, and that the bacteria did not spread as easily from the site of inoculation.

So what do the researchers plan to do next? They intend to further elucidate their knowledge of the structure through different imaging techniques, including Cryo-EM, crystallography and NMR.

“This would be the beginning of a process called structure-based drug design, which allows for the creation of novel therapeutics that require lower doses and have fewer side effects than some current therapeutics,” Robertson said.

Arizona State University Associate Professor of information systems John Zhang has been appointed the senior editor of the disruptive technologies and operations management department of the Production and Operations Management Journal (POM Journal), the flagship journal of the Production and Operations Management Society. POM Journal is listed in the UT Dallas list of journals, the Financial Tim...

Arizona State University Associate Professor of information systems John Zhang has been appointed the senior editor of the disruptive technologies and operations management department of the Production and Operations Management Journal (POM Journal), the flagship journal of the Production and Operations Management Society. POM Journal is listed in the UT Dallas list of journals, the Financial Times list and the Business Week list.

“This is truly a great honor,” said Zhang. “I will try my best to perform my editorial duties by providing timely, constructive feedback to authors, promoting the journal and maintaining the high quality standard of the journal.” 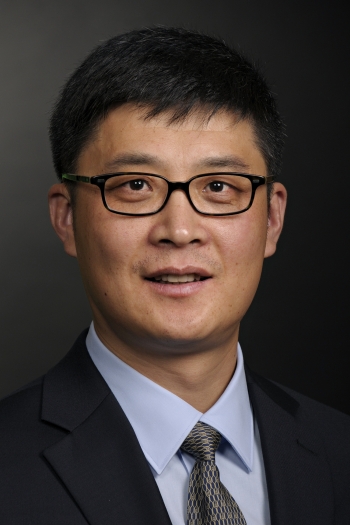 Zhang received his doctorate from the University of Washington School of Business and joined ASU in 2015. Prior to that, Zhang was on the faculty of the School of Business at the University of Connecticut and was the founding director of the master's degree program in business analytics and project management. Zhang has extensive knowledge with experiential and executive education. He has consulted for General Electric on various data-centric analytics projects and has experience developing data analytics initiatives in the Leadership Development Program for the American insurance company Travelers.

The Production and Operations Management Society (POMS) is an international professional organization representing the interests of POM professionals from around the world. The purposes of the society are: to extend and integrate knowledge that contributes to the improved understanding and practice of production and operations management; to disseminate information on POM to managers, scientists, educators, students, public and private organizations, national and local governments, and the general public; and to promote the improvement of POM and its teaching in public and private manufacturing and service organizations throughout the world.