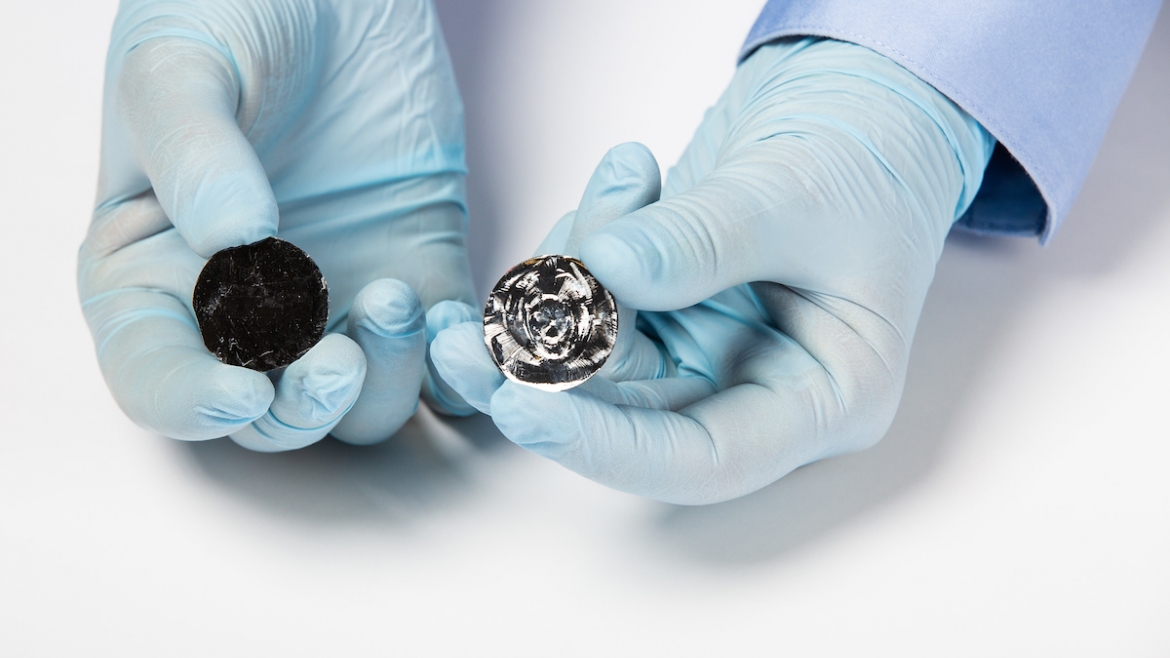 Among universities, the University of Washington received $4.9 million in funding, followed by the University of Toledo with $4.5 million. The top award recipient among national research laboratories and private industry was the Electric Power Research Institute, an independent, nonprofit research organization, with $10.7 million, followed by ASU and then Sandia National Labs with $7.55 million and the National Renewable Energy Lab with $7.5 million.

“This is the fourth consecutive year ASU has received more SETO funding than any other academic institution, and this year we are second overall among national research labs and private industry,” said Kyle Squires, dean of the Fulton Schools of Engineering. “Our faculty members have demonstrated time and again that ASU’s capacity for collaboration and innovation warrants the nation’s investment in our vision for solving the energy needs of the future.” 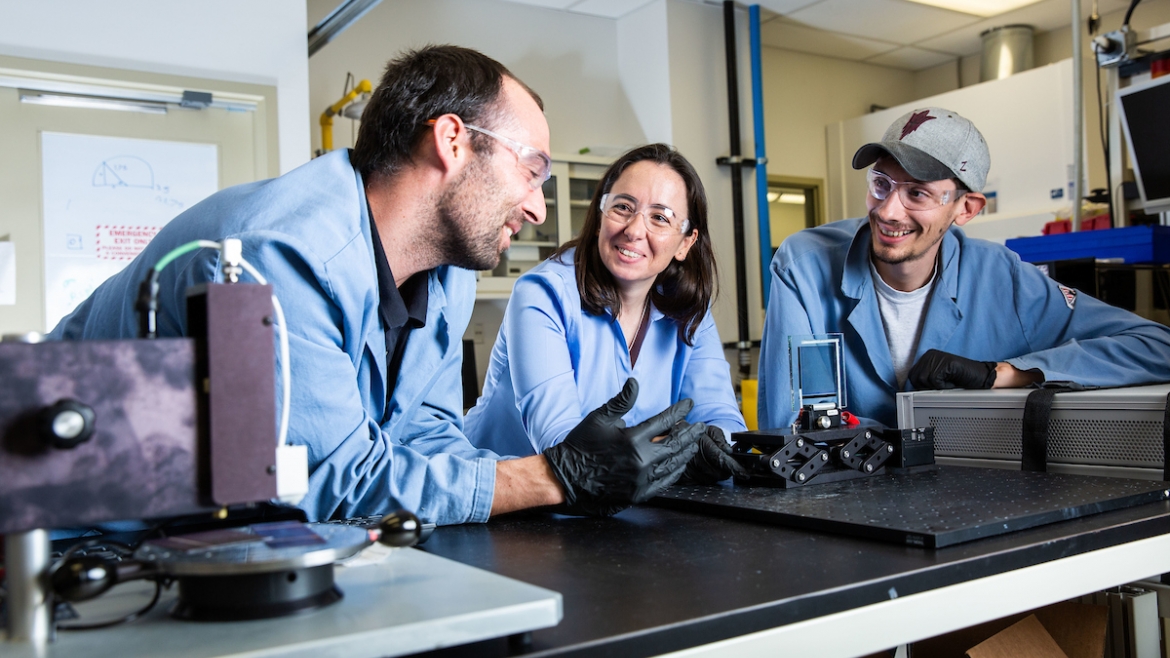 Mariana Bertoni, an associate professor in the School of Electrical, Computer and Energy Engineering, received $2.5 million to address using sound waves instead of a metal saw to create the base, or substrate, of a solar cell, reducing waste and improving the lifetime of the substrate. The team will prove the viability of a sonic wafering process that uses low temperatures and intense sound waves to carefully and accurately remove completed gallium arsenide solar cells from the top surface of a thick wafer to reuse III-V substrates, so named for the semiconductor materials in groups III and V of the periodic table. This work would significantly reduce the cost of producing high-quality III-V substrates, one of the costliest components of this type of solar cell.

Bertoni and Rico Meier, an assistant research professor in the School of Electrical, Computer and Energy Engineering, received $200,000 to develop a method of using very high-frequency sound waves to characterize the module lamination process, paying particular attention to specific bonding structures in the ethylene-vinyl acetate (EVA) encapsulation layer, and quantify the achievable resolution and measurement uncertainties. This work will deliver new insights into how defects and lamination are related and how to optimize the lamination process, ultimately at the industrial scale.

Christiana Honsberg, Quantum Energy and Sustainable Solar Technologies Engineering Research (QESST) director, and Stanislau Herasimenka, an assistant research professor in the School of Electrical, Computer and Energy Engineering, received $1.8 million to leverage the advanced cell and module prototyping facilities at ASU to support the companies that aim to prove the viability of new photovoltaic technologies but don’t have access to industry relevant manufacturing equipment. The foundry will focus on post-passivated emitter rear contact silicon solar cell and module technologies, which are built to reduce recombination losses in the cell and are expected to grow to dominate the manufacturing landscape.

Ellen B. Stechel, a professor of practice in the School of Molecular Sciences and co‑director of ASU LightWorks, received $3.3 million for a project to develop long‑term storage for advanced concentrating solar-thermal power (CSP) plants. Year‑round, day and night, on‑demand power generation is the next solar frontier and essential to deep penetration of solar energy. The ASU‑led team will develop and integrate technologies that provide multi‑tier energy storage, spanning hours to months, and enable CSP plants to guarantee year‑round power generation and dispatch via a supercritical carbon dioxide power cycle.

Yu Yao, an assistant professor in the School of Electrical, Computer and Energy Engineering, received $2 million to develop imaging systems using polarimetry — the measurement of how light rays are polarized. Measuring polarization has the potential to provide much richer information of objects than conventional optical imagers, which measure only intensity and color. The imaging systems will be small enough to attach to drones and be deployed to evaluate the performance of CSP collector systems. They can also be attached to CSP plant power towers. Autonomous imaging will reveal damage and soiling on collector mirrors and reduce errors in mirror alignment, resulting in improved efficiency.

In addition to the ASU awards, Swift Coat, an ASU spin-out company founded by Associate Professor Zachary Holman and doctoral student Peter Firth, received $1 million to make and scale multilayer, antireflective and antisoiling coatings for solar glass that will be deposited by a technique that sprays dry nanoparticles. The coatings have the potential to increase annual energy yield by reducing the loss of energy output that results when light gets reflected or when dirt lands on the modules. They will also reduce operation and maintenance costs because the modules won’t require as much cleaning. The team will perform outdoor testing in collaboration with the National Renewable Energy Laboratory.

“I’m also incredibly proud of Associate Professor Zachary Holman and doctoral student Peter Firth, who were awarded $1.4 million in SETO funding,” continued Panchanathan. “Their work is evidence of the wealth of research talent we have here at ASU, as well as demonstrates the significant societal impact realized through partnership efforts.”

Hockey's Matchup vs. Denver Set to Air on Pac-12 Networks

Hockey's Matchup vs. Denver Set to Air on Pac-12 Networks