Fashion and social justice may not be the first combination to come to mind. But a few years ago, Arizona State University alumna Cheryl Najafi sought to create something that leveraged the powerful industry as a force for social good.

Najafi’s entrance into the fashion world isn’t a typical story. It was 2016, and the U.S. was in the midst of a potential travel ban on several Muslim-majority countries spearheaded by President Donald Trump. Najafi was raising three children with her husband in Phoenix and remembers feeling spurred to action. 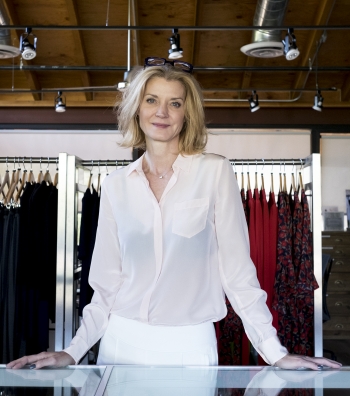 ASU alumna Cheryl Najafi in the Phoenix showroom of her clothing line, The Cause Collection. Download Full Image

“When I woke up that Saturday morning and read that the travel ban was in effect, I was shocked,” she said. “I said to myself, ‘This isn't America, this is not what we're founded on.’ And I immediately went online to see if there was something to wear to protest these actions. At the time, there wasn’t really anything.”

So she set out to create something of her own.

“The reason I was drawn to fashion was to create a vehicle to wear my activism. I founded The Cause Collection as a response to the divisiveness going on at the time, and as a way to gather a community of like-minded people that helped each other,” she said. “Instead of tearing each other apart, we stand for tolerance, humanitarianism and social justice.”

The birth of The Cause Collection

Fashion has not always mixed with social justice or sustainability. Brands like The Cause Collection have emerged over the last several years and made it easier to shop consciously without sacrificing style. Najafi sought to push that connection to activism one step further by giving consumers the opportunity to contribute to causes themselves. So with each purchase, a portion of the proceeds went to a charity of the buyer’s choosing.

The brand appeared on the runway of Los Angeles Fashion Week in 2018 and has continued to grow operations in Phoenix and Los Angeles. As it gained momentum, Najafi expanded her team, hired a CEO and now serves as the company’s chief creative officer.

“I saw an opportunity to launch a clothing line to galvanize people and get my message across,” she said.

The Cause Collection now offers a variety of womenswear from a Phoenix showroom at 2410 E. Osborn Road, a Hollywood storefront and an online boutique. And the line is still rooted in the advocacy platform Najafi originally envisioned. Consumers now choose from a rotating list of three charities focused on the company’s core themes of tolerance, humanitarianism and social justice. The nonprofit partners currently include LGBTQ support network GLSEN; Healthy Housing Foundation by AHF, a housing assistance program for low-income families and those impacted by HIV/AIDS; and the ACLU SoCal. And the company also gives annual donations to each of its three cause partners, along with other charities Najafi believes in, and continues to raise money and awareness for those organizations throughout the partnership.

The Cause Collection is the latest in a long line of ventures for Najafi.

After earning her bachelor’s and master’s degrees in communication from what is today the Hugh Downs School of Human Communication at The College of Liberal Arts and Sciences in 1992 and 1996, she went on to found cooking and lifestyle website EverydayDishes.com and to author the New York Times bestseller "You're So Invited: Panic Less, Play More, and Get Your Party On!”

The clothing line came from the same entrepreneurial vein, born out of what Najafi describes as a lifelong love of fashion. But although she’s always appreciated clothing, she said she didn’t initially see it as a tool for change.

“I used to feel as though my love for fashion was a little superficial, so as a professional I kind of shunted that passion and wanted to be grounded in something more businesslike,” she said. “But as I’ve matured, I’ve realized the reality is we all wear clothing, and if I can turn something we all use daily into a medium to help raise money for causes that matter, that’s a very positive thing.” 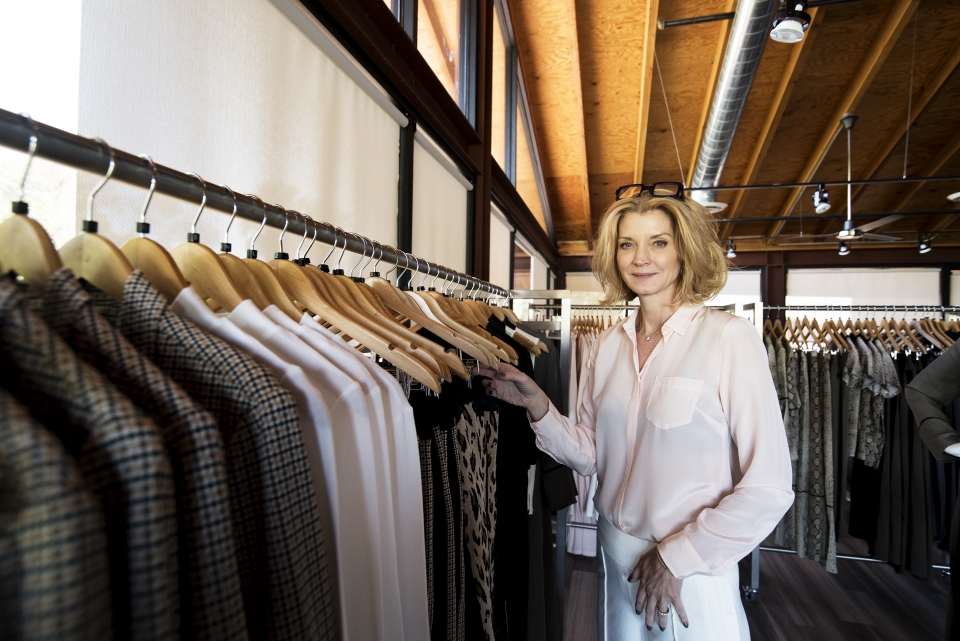 Today, The Cause Collection is a full line of womenswear with a storefront in Los Angeles, a showroom in Phoenix and an online boutique.

She also wasn’t initially interested in pursuing an advanced degree in communication. She said she had planned on law school after obtaining her undergraduate degree but decided to return to explore another side of the study.

“Communication was for me a continuum from a social science to a fine art,” she said. “My undergraduate studies focused on the social science and rhetoric side of communication, then in grad school I focused on oral interpretation of literature, which is a performance study.”

She said her two degrees have helped form a backbone for the multiple business ventures she has spearheaded since graduating.

“I've always held my degrees as banners of pride because it allows you to really hone your skills at talking to people,” she said. “It really gave me this fearless approach to starting businesses, because when you're trying to touch a consumer, you have to communicate with them. So in that sense the study is applicable to every industry.”

For Najafi, founding The Cause Collection was a way to merge a lifelong passion with a drive to give back. Today, she said success lies in the company’s ability to continue connecting consumers to causes they care about and the nonprofits tackling them.

“We are trying to create a community that will vote with their wallet, and being able to use creativity and fashion to reach nonprofits in this way is really rewarding,” she said. “It’s also important to me to show my daughters that women can be successful and make an impact on the world while also being a good mom — those are the things that inspire me to keep going.”