The ASU Alumni Association will honor Sun Devil leadership during the upcoming Nov. 23 Homecoming game, which will pit ASU against the University of Oregon.

The Alumni Association will recognize Arthur “Art” Pearce II, ’75 BS in business administration, with its Alumni Service Award, and JoAnn C. Holland, president and CEO of four Valley-based networking organizations, with its Alumni Appreciation Award. Trish Gulbranson, ’88 BS in accountancy, the 2018-19 chair of the organization’s board of directors and National Alumni Council, also will be honored for her service to the organization. 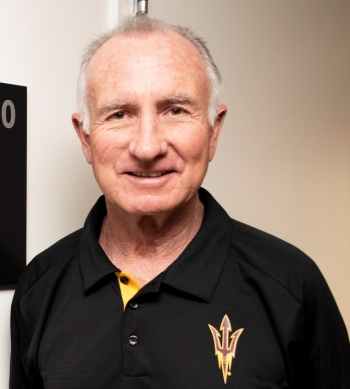 A third-generation ASU alumnus, Pearce supports his alma mater through service and philanthropy. He is a current member of The College of Liberal Arts and Sciences Dean’s Council, Institute of Human Origins Research Council and President’s Club. Within Sun Devil Athletics, Pearce supports the Sun Devil Club, The Coach’s Club and Camp Tontozona. A passionate Sun Devil, Pearce provided the philanthropic support to create the statue honoring Pat Tillman inside the stadium and the copper trident statue outside the stadium.

He and his family endowed the Zebulon Pearce Distinguished Teaching Award within The College to honor his grandfather, which annually recognized an outstanding faculty member from humanities, social sciences and natural sciences. Recently, Pearce named the largest conference room in Armstrong Hall in honor of his grandfather and the Pearce family. He became president of Zeb Pearce Companies in 1983 and continued to lead the company until its sale in 2004. Pearce also is active in community organizations like the Arizona State Board of Geographic and Historic Names and the Phoenix Zoo. 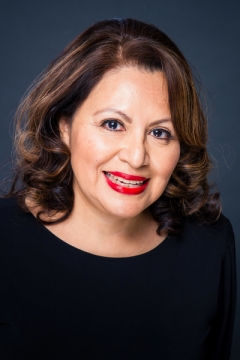 As the leader of four geographically based networking groups for women throughout the Valley, Holland demonstrates her commitment to leadership development, building community and advancing women. She is the president and CEO of Central Phoenix Women and Women of Scottsdale, as well as founder and CEO of East Valley Women and North Valley Women.

Prior to her current position, Holland worked at Wells Fargo, most recently serving as vice president, community affairs manager for the Wells Fargo Foundation of Arizona. She has received national recognition with the Cele Kennedy Award from the Arthritis Foundation, the Humanitarian Award from Pima Council on Aging, and Appreciation Awards from ICAN, the Rodel Foundation and Junior Achievement of Arizona. She received an Appreciation Award from the ASU College of Education in 1993 when she spearheaded the initiative to establish a playground for the children who attended the College of Education Preschool on the Tempe campus. This year, East Valley Women named the ASU Alumni Association its 2019 Philanthropy Partner. 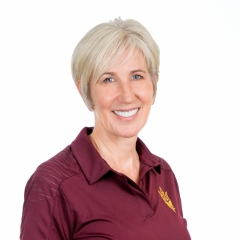 Trish Gulbranson served as chair of the ASU Alumni Association Board of Directors and the National Alumni Council last year and will serve as the past chair for the remainder of the fiscal year. During her term, she served as a member of the ASU Foundation investment and audit committees, Sun Devil Athletic Board and led the Sun Devil 100 committee. She will continue to spearhead the Sub Devil 100 committee during her current term.

Her professional background in finance and entrepreneurship fuels her enthusiasm for supporting and growing the ASU Alumni Association. She began her career as a CPA in a large accounting firm and later rose to president and CEO of an international software company before founding Derma Health, a medical aesthetics company. Today, Gulbranson is also a member of the Trustees of ASU. 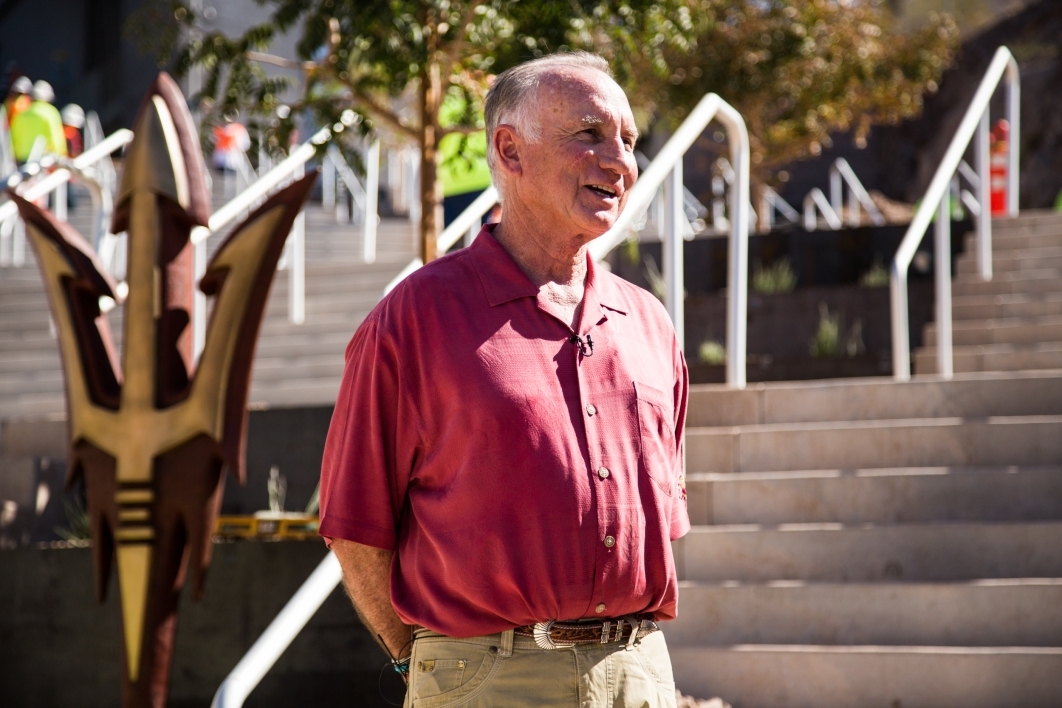 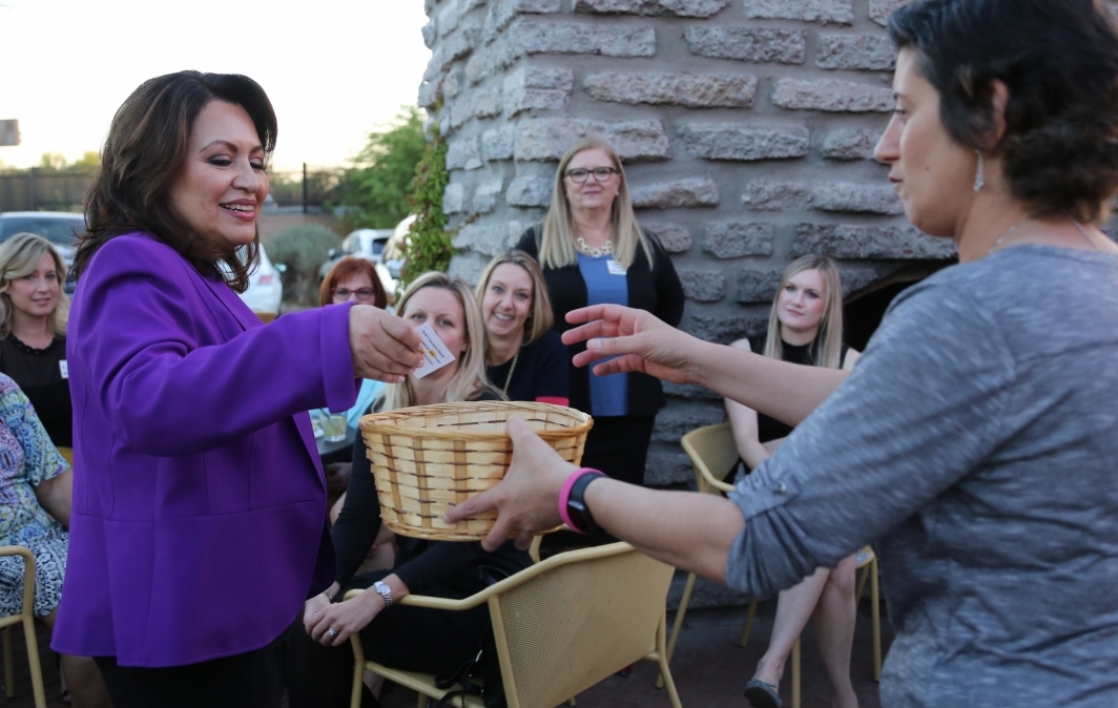 ASU alum Trish Gulbranson (second from left), president and CEO of Derma Health Skin and Laser, is named to the Sun Devil 100 Class of 2019.

Arizona has seen some improvements in child welfare, but the gains are not equal for all groups — and that's an issue that the state must face, according to Judy Krysik, director of the Center for Child Well-Being at Arizona State University.Krysik, an associate professor in the School of Social Work at ASU, was one of the main authors of the recent “Strong Families, Thriving Children” repor... 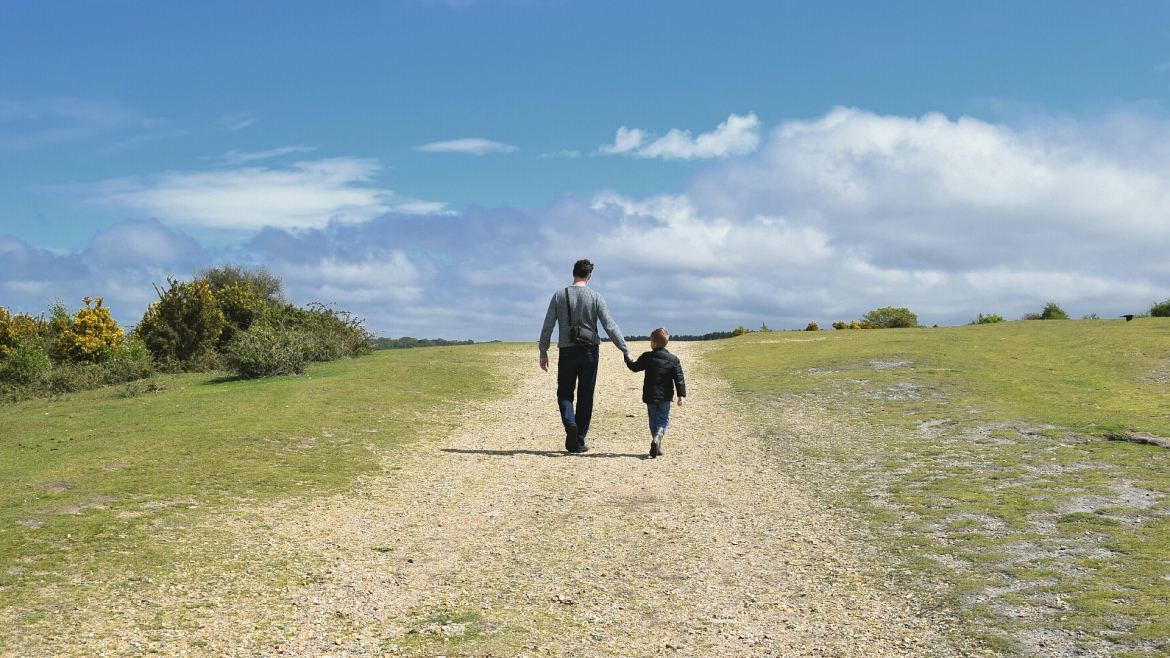 Arizona has seen some improvements in child welfare, but the gains are not equal for all groups — and that's an issue that the state must face, according to Judy Krysik, director of the Center for Child Well-Being at Arizona State University.

Krysik, an associate professor in the School of Social Work at ASU, was one of the main authors of the recent “Strong Families, Thriving Children” report, sponsored by Arizona Town Hall and produced by the Morrison Institute for Public Policy at ASU.

The report is the background document for the upcoming Arizona Town Hall event, a three-day gathering devoted to the topic of “Strong Families, Thriving Children.” Arizona Town Hall is a nonpartisan, nonprofit organization founded in 1962 that educates and connects people around the state to solve problems. Every year, the organization chooses a topic and travels around Arizona, holding community meetings to collect feedback on the issue. The year culminates in a big town hall gathering, to be held Thursday through Saturday this week.

The report covers several aspects of family health in Arizona, and Krysik wrote the chapter on child welfare. One of the main takeaways is inequity.

“The good news is that there are a lot of improvements. The bad news is it’s not across the board,” she said.

“It didn’t matter which indicator we looked at — there are disproportionate outcomes with race and ethnicity. Poverty is one, health insurance, low birth weight, infant mortality.”

“On the one hand we can celebrate and on the other hand we can say, ‘We’re not done.' We’ve made positive gains but those gains aren’t realized equally across the board.”

“Arizona Town Hall reached out to me because the topic was child welfare, and they asked if I could identify experts in the field to author different pieces of the report,” Quintana said.

“I was able to highlight the fact that from the neglect analysis, we saw that domestic violence and substance abuse were things that Arizona families are struggling with, and children are being removed from families based on those experiences. So we were able to advise the research committee that chapters on those two specific areas should be included.”

As part of its annual process, Arizona Town Hall traveled to more than 20 locations around the state, including college campuses and prisons, from Yuma to Pinetop. Every community meeting came up with a list of recommendations to improve family health, such as “make schools a hub for family services,” and “provide transportation for families to visit prisons.” One part of each town hall event was, “What I would tell Arizona’s elected leaders.” Answers to that included: “Walk the city and the streets and take the bus,” and, “Be more transparent with where our taxpayer money goes and show us tangible results.”

Every single town hall urged state leaders to give more funding to education.

“That was one thing that surprised me and I don’t know how many people realize it,” she said.

“I don’t think we’ve fully explored what that means and where those decreases occurred. So if it’s among higher-income families, will it mean we have the same number of families with a lot of needs, or is it across the board?”

Schlinkert, policy analyst for the Morrison Institute, described how Arizona has resettled more than 17,000 refugees since 2014 and how those families face additional hurdles to getting support, such as language and cultural barriers and lack of medical documentation.

Legg, an assistant professor in the School of Community Resources and Development at ASU, wrote about enrichment activities that help families thrive, such as youth sports, library story times and teen recreation programs such as robotics. Cost can be a barrier for some families, and Legg pointed out programs that can help, such as Act One, which provides fine arts experiences, and the Phoenix Public Library’s kindergarten boot camp.

Other chapters were written by experts from the University of Arizona, Northern Arizona University, the Arizona Department of Child Safety and nonprofit organizations. They cover topics such as protective factors for families, American Indian families and adverse childhood experiences, which are traumatic events such as the incarceration of a parent that lead to lifelong consequences.

The report also highlights “bright spots,” such as the decrease in teen pregnancy rates and the ASU Refugee Empowerment Project.

“A lot of times when you talk about social issues, it’s all doom and gloom,” Quintana said. “And we’re all very aware in this field that it’s important, when you can, to highlight those bright spots — collaboration and other things that are occurring. I think the general public hears more of the doom and gloom, but there is progress being made.”

She pointed to the work of the Morrison Institute, which next week will unveil a new mapping tool that highlights risks and services in rural communities in Arizona. The project will be discussed at the institute’s State of Our State event on Nov. 25.

The 112th Statewide Arizona Town Hall will be held Thursday through Saturday at the Sheraton Crescent Hotel in Phoenix and is open to the public as observers.