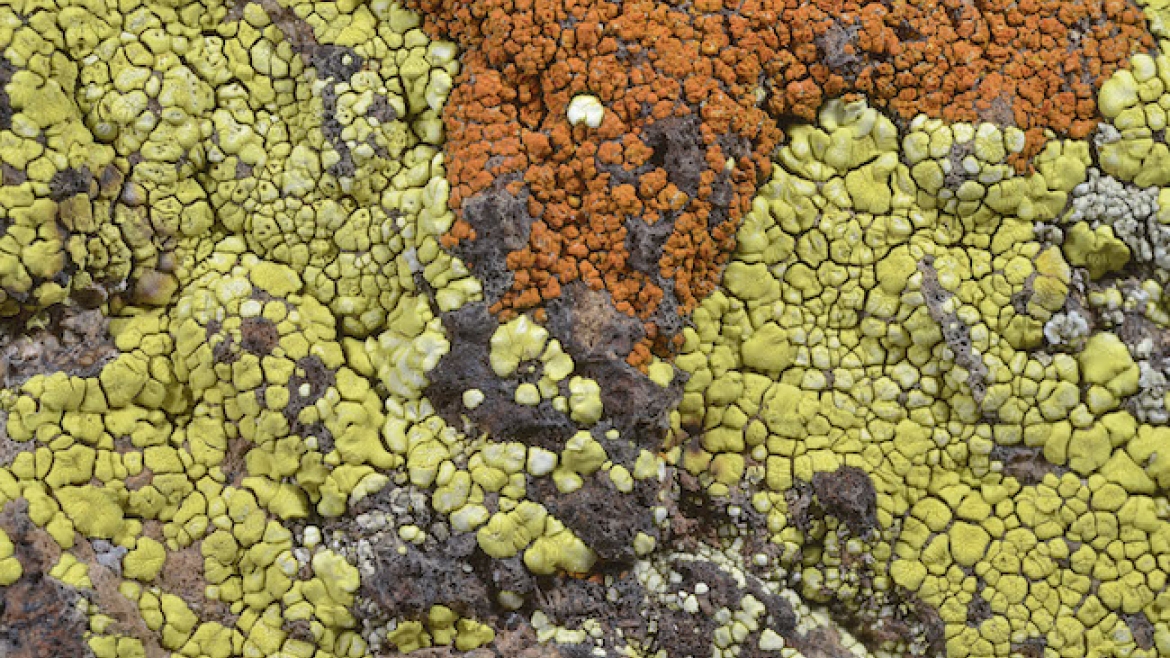 A life of lichen

A couple miles away from Arizona State University’s Tempe campus is a building filled with fascinating sights ranging from stuffed javelinas to ancient fossils and rocks.

Amid all these eye-catching items is a collection of less-conspicuous organisms often so tiny, you’d miss them if you were out in the wild: lichens.

Lichens are composite organisms made up of a fungus and a photosynthetic partner, living together in a mutually beneficial relationship. They’re often found on rocks, on trees, even on tortoise shells, in colors ranging from black, brown, deep-orange red or yellowish-green to a bright neon yellow. And while their existence may not be common knowledge to most, they play a very important role in the environment.

Their importance in our ecosystem is one of the reasons Frank Bungartz, the collections manager of lichens and digital data at Arizona State University's School of Life Sciences in The College of Liberal Arts and Sciences, became so passionate about these organisms.

“We really should care about lichen,” Bungartz said. “When they disintegrate stone, they start forming soil. And soil is something really essential, I mean, all plants live on soil and we all eat plants. Essentially, without lichens, there could still be bare rock almost everywhere. And nothing would grow.”

Lichens also lend themselves to air pollution monitoring and studies because they obtain all their nutrients directly from the air rather than through their roots, Bungartz said. While working in Europe, he would receive phone calls from homeowners concerned about “stuff” growing on their trees. That “stuff” was lichens, which were coming back to the inner cities after a period of extinction during the industrial revolution. 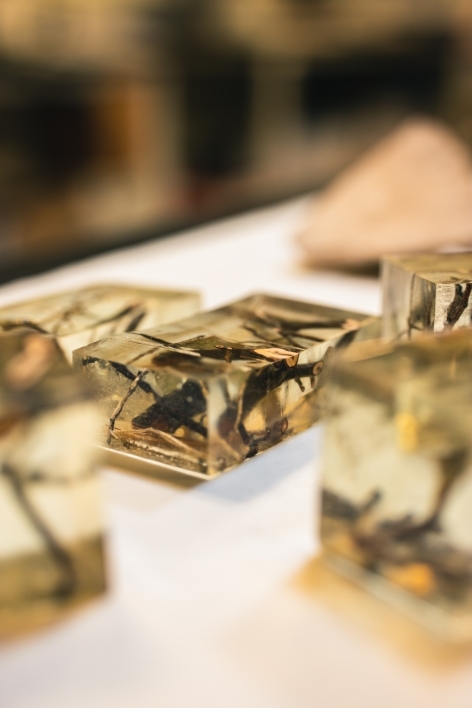 Fossilized sticks are a small part of the facility. 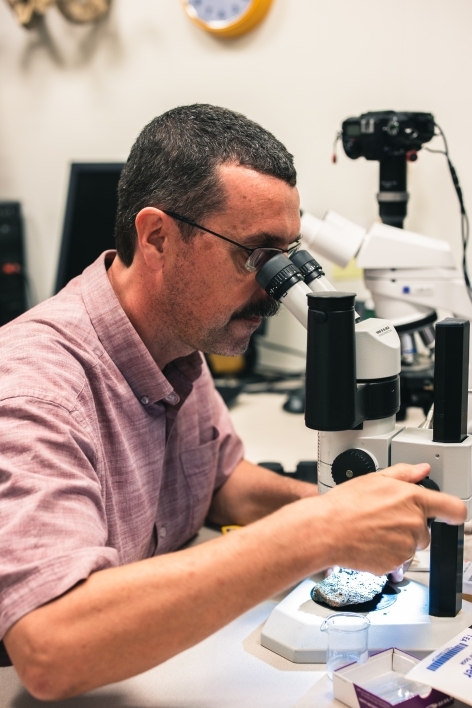 Bungartz inspects lichen under a microscope. 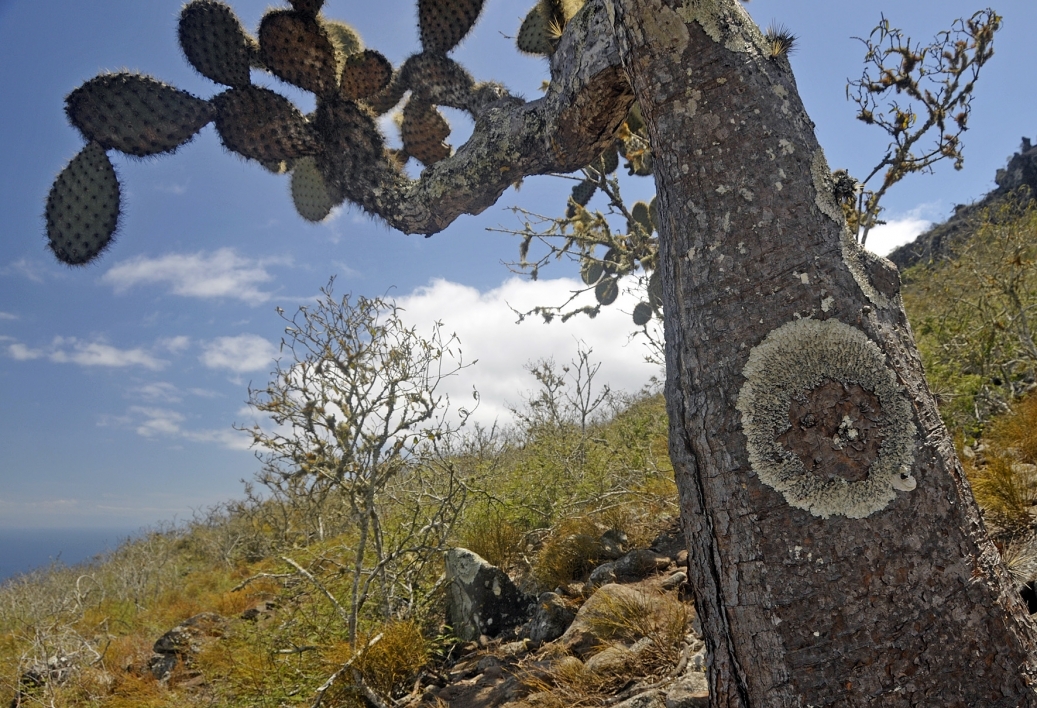 Lichen on a cactus in the Galapagos Islands.

“And I said, ‘Well, be happy that you have this stuff growing on your trees because it means that you can breathe your air again as lichens are actually a good indicator that things have improved,’” he explained.

From lichen to fascination

“Looking at these organisms, they are so beautiful, they could be a Georgia O’Keeffe painting,” Bungartz said. “I became so intrigued by what these things look like. When you examine them at a microscopic scale, they’re incredibly beautiful.”

Bungartz’s appreciation began long before he came to ASU, back when he was an undergraduate student studying at the University of East Anglia in the United Kingdom.

In his third year, he had to complete a bachelor’s thesis — but Bungartz didn’t want to do his in a lab.

While bicycling through the countryside one day, he came across a graveyard with tombstones covered with lichens.

At the time, Bungartz said the only thing he knew about lichens was that they were a good indicator of air pollution.

“I came up with this idea to look at lichen communities on tombstones and see whether there was a difference between the countryside churchyards and inner-city churchyards,” Bungartz said. “I had no idea what I was getting into at the time.”

Researching and educating about the importance of lichen

After completing his bachelor’s and master’s degrees in Europe, Bungatz came to ASU in 1999 as a PhD student to study under the now-Emeritus Professor Thomas Nash, in what is today known as the School of Life Sciences. Nash was the creator of the Lichen Herbarium.

This lichen "Flora” represents today the most comprehensive biodiversity inventory of almost 2,000 desert lichens reported from the Sonoran Region, almost 40% of all lichens known from North America, a gigantic, 30-year endeavor which culminated in the publications of three authoritative volumes of research, Bungartz said.

Aside from publishing his findings, Bungartz also serves as a resource to those concerned and curious about lichens from around the world.

“We know that many lichens inhabiting rocks can sit on these surfaces for ages, some even centuries,” Bungartz said. “Recently, people in Peru contacted me because they’re really worried how lichens might affect stonework and how they might deteriorate their national monuments. The most famous is Machu Picchu, for example.”

Bungartz said he gave a presentation to officials in Peru on how best to monitor the effect of lichens on stone over time, using a long-term series of photographs to document how lichen communities on the monuments changed.

“To an archaeologist, he or she looks at these stone walls and says, ‘Oh, this is horrible, this is really dirty,’” he said, “But actually, removing (the lichens) might not be the best solution.”

Instead, Bungartz argued that removing them from the rock could actually accelerate the process of erosion.

Prior to returning to ASU three years ago, Bungartz had worked and lived almost 10 years on the Galapagos Islands. There he did research similar to his work in the Sonoran region. He documented several hundred species previously unknown from the archipelago, and described 50 species of lichens new to science. He is still collaborating with researchers worldwide to catalog the tremendous diversity of lichens on these islands and he plans to eventually publish a comprehensive identification guide of Galapagos lichens. 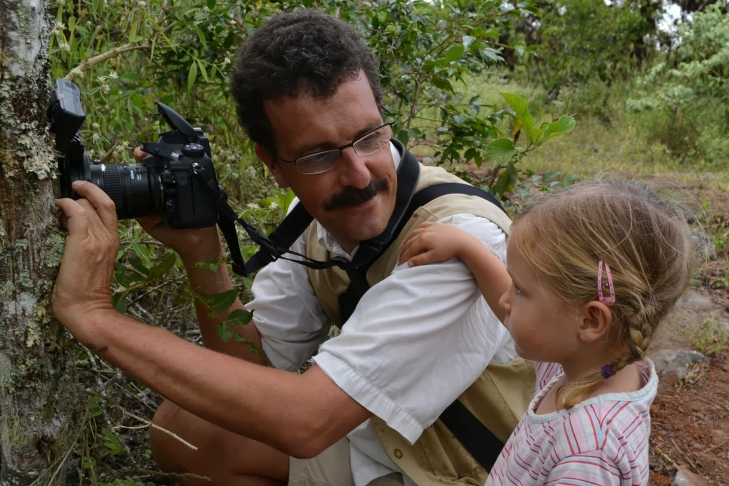 Researchers who discover new species can choose how to name them. From the Galapagos, Bungartz recently described Usnea leana, named for his 8-year-old daughter Lea. In the Sonoran region Bungartz also left his mark: As part of his doctoral dissertation he named a new desert lichen Buellia regineae — after his sister Regine.

As his research continues, he said it’s important to think of lichens not as individual organisms, but as one piece in a larger, interconnected web.

“Lichens are a part of complex ecosystems,” Bungartz said. “By taking little pieces in or out of this ecological web, we’re endangering the entire web. That’s why lichens are so important.”

How do scientists discover better and more efficient drugs? A good starting point is to obtain atomic level structural information about the drug molecules and the proteins they interact with. Getting this detailed structural information, however is not a simple task.Most drugs work at the molecular level by interacting with, and influencing, the function of a specific protein. Proteins are the wo... 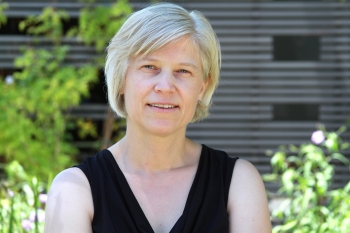 Membrane proteins are difficult to study because they are only stable in the membrane environment. Consequently, it is difficult to isolate them and grow the large crystals that are required to determine their atomic structures using traditional methods.

However, a revolutionary new technique is now being applied to this problem, serial femtosecond crystallography (SFX). SFX can use tiny microcrystals of proteins that are easier to grow than conventional crystals. The microcrystals are irradiated with a very high energy X-ray free electron laser (XFEL) that can reveal atomic scale structures using even the smallest crystals. A major problem in SFX, however, is figuring out how to deliver the crystals, and synchronizing their flow to the pulsing X-ray laser. Arizona State University researcher Alexandra Ros and her group are working on the design of special microfluidic devices to solve this problem.

Ros is an associate professor in the School of Molecular Sciences and a member of the Biodesign Center of Applied Structural Discovery (CASD). The work is a collaborative effort between Ros; her graduate students Austin Echelmeier, Daihyun Kim, Jorvani Cruz Villarreal; CASD Director Petra Fromme and her graduate student Jesse Coe; and other scientists who are part of the NSF-BioXFEL Science and Technology Center at ASU.

“While not immediately obvious, sample delivery is the bottleneck in crystallography with XFELs,” Ros said. Microfluidic devices allow controlled mixing of small quantities of solutions. They can be customized and 3D-printed to suit a variety of applications. Ros's group takes advantage of the attraction and repulsion of different materials to oil and water to control the flow of liquid droplets containing protein microcrystals in the device. The goal is to controllably generate droplets that allow protein crystals to coincide with the laser pulses and thereby maximize the information obtained from the valuable protein crystals. An article describing this work was published recently in the Journal of Applied Crystallography.

The Ros group with the ASU BioXFEL community and other researchers at XFEL facilities around the world are designing, testing and applying such tailored sample injection techniques to facilitate crystallography with XFELs. This work will be important to the development of the the tabletop compact XFEL (CXFEL) currently being developed at ASU. The CXFEL will be the first machine of its kind that will place ASU scientists at the forefront of a potential revolution in solving protein structures, in visualizing of molecules as they undergo chemical reactions, in designing new drugs and in many other areas where atomic level medical imaging is critical.