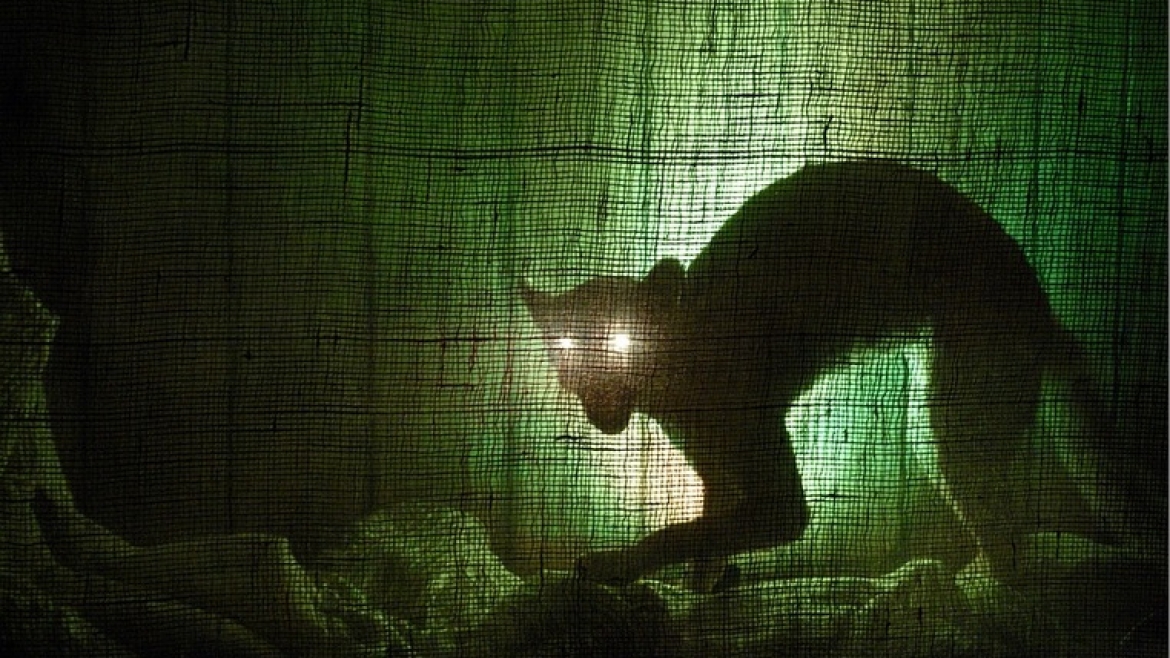 As long as there have been people, there have been stories. We tell stories to convey knowledge, to entertain  and to explain that which we do not understand. The characters in these stories can be relatable, like the cast of “Friends.” Or, like Michael in “Halloween,” they can be downright monstrous.

In the spirit of Halloween, ASU Now asked a handful of professors to share their favorite ghoulish characters. Their picks span both time and place, from Japan to Brazil and the Middle Ages to modern day.

Ultimately, these Arizona State University experts all agree: What these creepy creatures really do is teach us about ourselves. And there’s plenty to learn — if you dare.

Sarah Bolmarcich, a lecturer in the School of International Letters and Cultures, teaches a course called “Gods and Monsters: Comparative Mythology” that explores and compares the mythologies of several different cultures, including ancient Greek, Asian, Middle Eastern, European and American aboriginal traditions. Throughout the course, students encounter oral traditions and folklore such as the Brothers Grimm, tales of African American tricksters and Native American oral traditions. 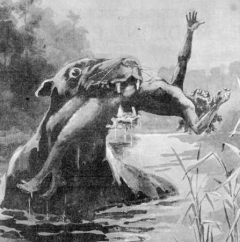 "The bunyip is a swamp monster found in Australian aboriginal mythology. The name means 'evil spirit.' European settlers recorded aboriginal descriptions that make it sound like a large seal with a dreadful bark or a long-necked creature about 10 to 15 feet long with dark fur. In its legends, the bunyip often kidnaps humans and victimizes animals like frogs or koalas. It is used to warn people away from swamps or billabongs. Paleontologists suggest that stories of the bunyip may owe their origins to a cultural memory of a now-extinct Australian marsupial, reconstructions of which have been identified by Aboriginals as the bunyip; perhaps their ancestors saw the skeletal remains of the marsupials and created legends around them."

Jeffrey Cohen, dean of humanities in The College of Liberal Arts and Sciences, explored the idea of monsters and their societal implications for his graduate dissertation, which became the book “Monster Theory: Reading Culture.” Since its publication, Cohen has been called on to serve as an expert witness in a copyright-infringement case for the movie “Monsters, Inc.” and as a consultant for children’s books on monsters. 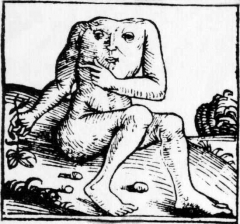 "My favorite monster seems obscure: the Blemmyae. These are human-like creatures who do not have heads. Instead, their faces are on their chests  — which probably makes wearing a shirt difficult; luckily they were thought to live mostly in warm climates! Blemmyae were first described by the Greek writer Herodotus, and appear with some regularity in Latin texts about monsters and travels. Medieval people loved Blemmyae and often drew amazing pictures of what they thought they looked like. Shakespeare mentions them in his play 'Othello.' My favorite Blemmyae though is a lime green one: Mike Wazowski from 'Monsters, Inc.' He has the added advantage of also being a cyclops."

Bradley Wilson, a lecturer of Japanese in the School of International Letters and Cultures, researches Japanese popular culture, digital humanities and folklore. Students in his “Japanese Myth and Video Games” read a survey of Japanese mythology, horror and science fiction while also learning how to create and build their own Japanese roleplaying games. 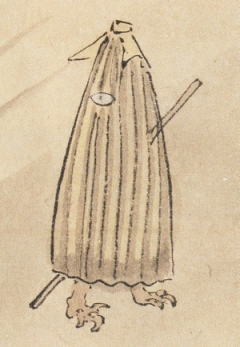 "An interesting type of creature exists in Japanese folklore. When an ordinary household object reaches the ripe old age of 100, it gains a spirit, or 'kami', and sentience. These spirited objects, called tsukumogami, often turn resentful toward their masters and use their newfound powers to antagonize and retaliate against them. The tsukumogami were first detailed in the 'Tsukumogami Emaki,' and also appeared in other medieval works, such as the 'Konjaku Monogatarishu' and the 'Bakemono Zoshi.' Though any object can become a tsukumogami, one of the most enduring is the kasa-obake, the spirit of a bamboo umbrella. Noteworthy for its single, cyclopic eye and solitary leg, which it hops around on, the kasa-obake takes its revenge on unsuspecting victims. These tsukumogami spirits tend to be utilized even now in popular culture and modern-day haunted houses in Japan."

Emily Zarka, faculty associate in the department of English, has been fascinated by monsters for as long as she can remember. She hosts the series “Monstrum” for PBS Digital Studios, which explores monsters, myths and legends from a literary perspective. Each episode focuses on a particular monster, delving into the history and theories behind its origin and looking at its meaning in a cultural context and throughout time. 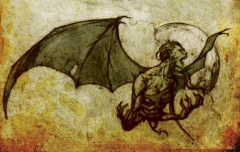 "Award for most disgusting monster of all time goes to the manananggal — the disembodied flying torso of your nightmares. This fascinatingly strange and grotesque creature is an aswang subspecies; 'aswang' is a Filipino word alternatively meaning demon, ghoul or witch. A self-segmenting viscera sucker, these female monsters are unique because of their ability to detach their upper bodies from their lower torsos at night to fly across the skies on bat-like wings, intestines dangling in the breeze. Using a tubular, thread-like tongue, the manananggal feeds on some pretty disgusting stuff; like the discarded phlegm from sick people, entire livers, lungs, intestines, hearts and even fetuses. The fear of these monsters was so great in the Philippines that architectural elements were altered to protect people from becoming their victims. Steep pitches became a popular roof design to discourage manananggal perching and strategically placed windows made sure their probing tongues could be avoided more easily. There is also evidence that suggests some eating, sleeping and socializing practices were changed as a result of these flying beasts. 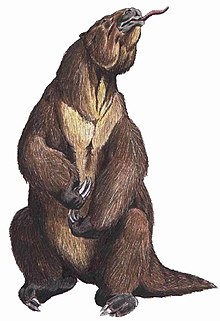 "Legends of large, hairy monsters lurking in the woods are common; Arizona even has its very own 'bigfoot,' the Mogollon Man. But something quite different is rumored to stalk the Amazon rainforests. Described as a sloth-like creature with red fur, the mapinguari, or 'isnashi,' moves slowly but attacks ferociously. Said to be 7 to 9 feet tall on its back legs, it has one eye, long claws, lizard-like skin and backward facing feet. It can even have a second mouth on its stomach. According to Brazilian legends, the mapinguari was once a shaman who angered the gods when he discovered the secret to immortality, so they punished him my transforming him into the creature. These monsters do closely resemble Megatherium, the giant ground sloths that lived during the Early Pliocene, so there might be some truth to this myth."

Markus Cruse, associate professor of French and director of graduate studies in the School of International Letters and Cultures, focuses his research on medieval Francophone culture and has published on medieval theater manuscripts, the crusades and place in Haitian literature. His course “Knights, Magic, Monsters: Medieval and Modern Fantasy” delves into the stories and art that have inspired some of the greatest works of modern fantasy and science fiction, including “The Lord of the Rings,” “Star Wars,” “Harry Potter,” “Game of Thrones” and the Marvel Cinematic Universe. 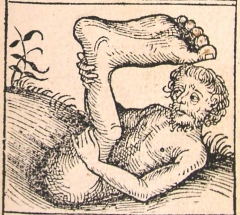 "Sciapods are marvelous humanoids mentioned since antiquity who were believed to live in Asian deserts and are mentioned in many cultures. They have one leg that ends in a very large foot. During the day, they lie on their backs and shade themselves from the sun with the foot, which acts like a parasol. My favorite story about them comes from the Italian monk John of Plano Carpini, who in 1245 was sent by the pope to Mongolia to negotiate with the Mongols. Plano Carpini writes that the Mongols fought against sciapods who had only one leg and, in a twist on the legend, one arm in the middle of their chests. It took two sciapods to shoot a bow and arrow. They were not great fighters, but when they retreated, the Mongols could not catch them, even though the Mongols were riding horses, because the sciapods started hopping very quickly and then curled their bodies up and rolled away like wheels at incredible speed."