If you could travel back in time 3.5 billion years ago, what would Mars look like? The picture is evolving among scientists working with NASA's Curiosity rover.

Imagine ponds dotting the floor of Gale Crater, the 100-mile-wide ancient basin that Curiosity is exploring. Streams might have laced the crater's walls, running toward its base. Watch history in fast-forward, and you'd see these waterways overflow then dry up, a cycle that probably repeated itself numerous times over millions of years.

That landscape is described by Curiosity scientists in a Nature Geoscience paper published today. The authors, including lead author William Rapin of Caltech and Travis Gabriel and Craig Hardgrove of Arizona State University’s School of Earth and Space Exploration and NewSpace Initiative, interpret rocks enriched in mineral salts discovered by the rover as evidence of shallow briny ponds that went through episodes of overflow and drying. The deposits serve as a watermark created by climate fluctuations as the Martian environment transitioned from a wetter one to the freezing desert it is today.

“We are trying to understand the nature of the ancient, water-rich conditions of Gale Crater, which may help us determine the habitability of the environment at the time,” said Gabriel. “Importantly, we also want to understand the manner in which the water dried up, since in the present day the climate at the equator of Mars is arid and cold.”

Scientists would like to understand how long this transition took and when exactly it occurred. This latest clue may be a sign of findings to come as Curiosity heads toward a region called the "sulfate-bearing unit," which is expected to have formed in an even drier environment. It represents a stark difference from lower down the mountain, where Curiosity discovered evidence of persistent freshwater lakes.

Gale Crater is the ancient remnant of a massive impact on Mars. Sediment carried by water and wind eventually filled in the crater floor, layer by layer. After the sediment hardened, wind carved the layered rock into the towering Mount Sharp, which Curiosity is climbing today. Now exposed on the mountain's slopes, each layer reveals a different era of Martian history and holds clues about the prevailing environments at the time.

"We went to Gale Crater because it preserves this unique record of a changing Mars," said Rapin. "Understanding when and how the planet's climate started evolving is a piece of another puzzle: When and how long was Mars capable of supporting microbial life at the surface?"

He and his co-authors describe salts found across a 500-foot-tall section of sedimentary rocks called "Sutton Island," which Curiosity visited in 2017. Based on a series of mud cracks at a location named "Old Soaker," the team already knew the area had intermittent drier periods. But the Sutton Island salts suggest the water also concentrated into brine.

For their findings, the team conducted geochemical experiments with two instruments on the rover: Chemistry and Camera (ChemCam) and the Dynamic Albedo of Neutrons (DAN). ChemCam involves using a laser to vaporize rock into a small plasma and a spectrometer to determine the chemistry of the rock through the plasma's light. The DAN instrument involves the production of high-energy particles (neutrons) that penetrate the Martian subsurface and return to detectors, which allowed the team to characterize the chemistry of the rocks.

Gabriel’s role in this research was to analyze the neutron spectroscopy data from DAN, which is particularly sensitive to the hydrogen/water in the subsurface.

“DAN is the only instrument that is sensitive to the subsurface rocks, down to a couple feet, uniquely allowing for us to understand whether signals we see on the surface of a rock is indicative of the rock below,” explained Gabriel, who operates the instrument from ASU’s Mars Mission Operations, which is viewable to the public daily in the Interdisciplinary Science and Technology Building IV on the Tempe campus.

“In particular, we found a spike in the neutron signal that indicated certain magnesium-rich deposits observed at the surface were hydrogen-rich, which served as an independent verification of the presence of salts throughout the bedrock beneath the rover.”

Typically, when a lake dries up entirely, it leaves piles of pure salt crystals behind. But the Sutton Island salts are different: For one, they're mineral salts, not table salt. They're also mixed with sediment, suggesting they crystallized in a wet environment — possibly just beneath evaporating shallow ponds filled with briny water.

Given that Earth and Mars were similar in their early days, the science team speculated that Sutton Island might have resembled saline lakes on South America's Altiplano. Streams and rivers flowing from mountain ranges into this arid, high-altitude plateau lead to closed basins similar to Mars' ancient Gale Crater. Lakes on the Altiplano are heavily influenced by climate in the same way as Gale.

"During drier periods, the Altiplano lakes become shallower, and some can dry out completely," Rapin said. "The fact that they're vegetation-free even makes them look a little like Mars."

This animation demonstrates the salty ponds and streams that scientists think may have been left behind as Gale Crater dried out over time. The bottom of the image is the floor of Gale Crater, with the peak being the side of Mount Sharp. Image by Michael Northrop/ASU Knowledge Enterprise Development

Signs of a drying Mars

Sutton Island's salt-enriched rocks are just one clue among several the rover team is using to piece together how the Martian climate changed. Looking across the entirety of Curiosity's journey, which began in 2012, the science team sees signs of a wetter Mars in the past than what's described in their paper.

"As we climb Mount Sharp, we see an overall trend from a wet landscape to a drier one," said Curiosity Project Scientist Ashwin Vasavada of NASA's Jet Propulsion Laboratory in Pasadena, California. JPL leads the Mars Science Laboratory mission that Curiosity is a part of. "But that trend didn't necessarily occur in a linear fashion. More likely, it was messy, including drier periods, like what we're seeing at Sutton Island, followed by wetter periods, like what we're seeing in the 'clay-bearing unit' that Curiosity is exploring today."

Up until now, the rover has encountered lots of flat sediment layers that had been gently deposited at the bottom of a lake. Team member Chris Fedo, who specializes in the study of stratigraphy at the University of Tennessee, noted that Curiosity is currently running across large rock structures that only could have formed in a higher-energy environment such as a windswept area or flowing streams.

Wind or flowing water piles sediment into layers that gradually incline. When they harden into rock, they become large structures similar to "Teal Ridge," which Curiosity investigated this past summer.

"Finding inclined layers represents a major change, where the landscape isn't completely underwater anymore," said Fedo. "We may have left the era of deep lakes behind."

Curiosity has already spied more inclined layers in the distant "sulfate-bearing unit." The science team plans to drive there in the next couple of years and investigate its many rock structures. If they formed in drier conditions that persisted for a long period, that might mean that the clay-bearing unit represents an in-between stage — a gateway to a different era in Gale Crater's watery history.

“We will continue to rove through younger and younger rock units, which will provide a picture of the environmental changes that took place in the crater long ago,” said Gabriel. “At every turn, Gale Crater has provided exciting new insight into the past conditions at the equator of Mars, and I’m excited to see what the red planet has in store for us next.” 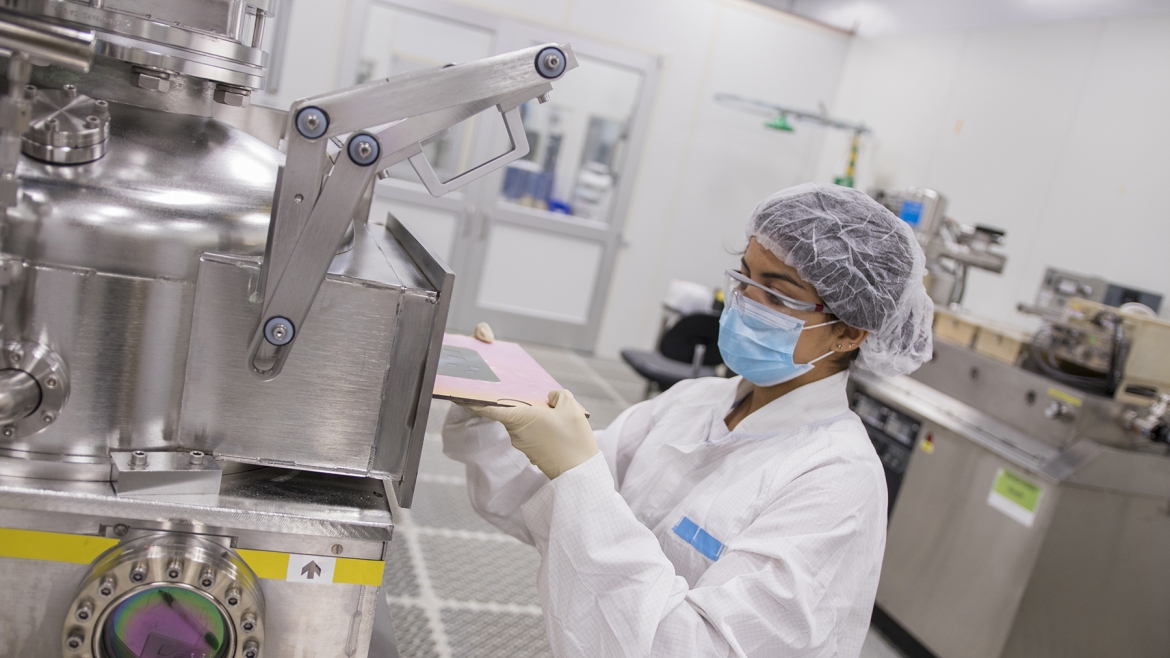 “This project speaks to ASU’s ability to bring together key partners to advance an innovative technology and develop meaningful, scalable strategies for effective deployment,” said Sethuraman “Panch” Panchanathan, executive vice president of ASU Knowledge Enterprise. “The research center provides a platform for promoting transdisciplinary work among prominent scientists and researchers, and will explore technologies with the potential to address global grand challenges.” 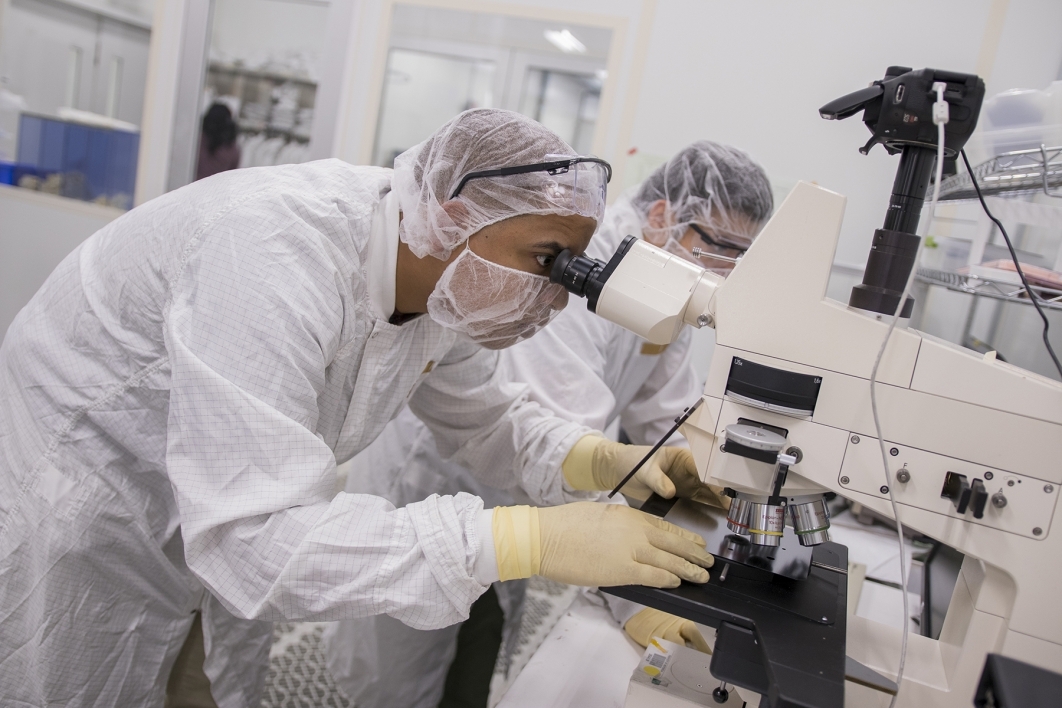 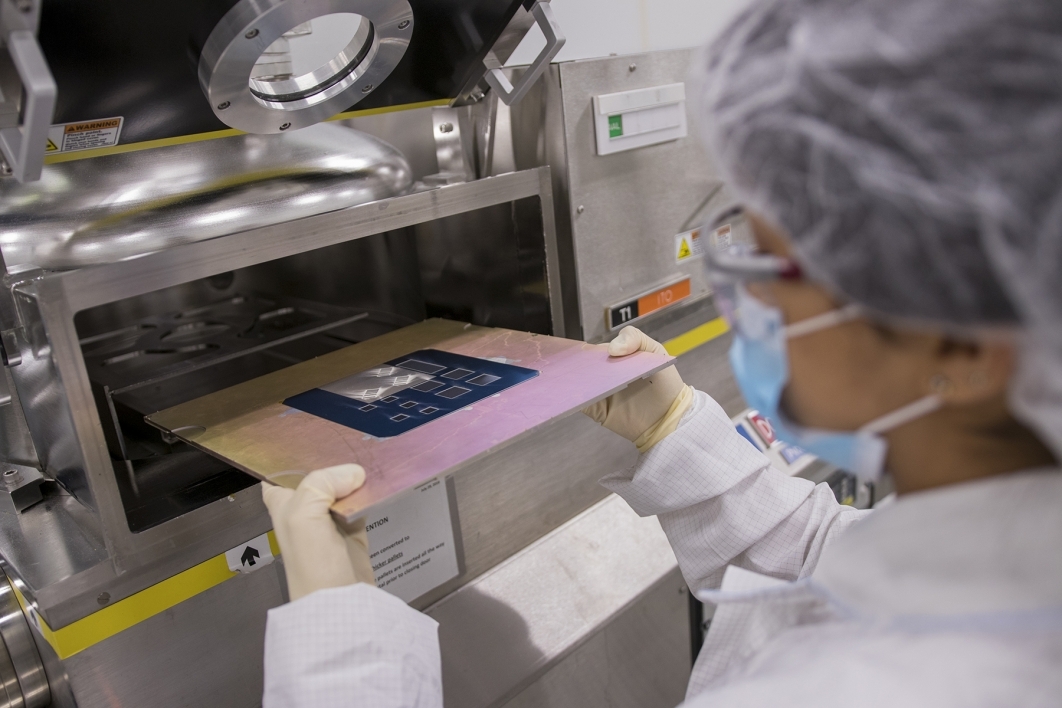 QESST’s most significant distinction is its own pilot line — a precommercial manufacturing line capable of producing small volumes of full-size solar cells and modules.

Finally, IPIC’s success in nano- and microphotonics will combine with MIT’s research to integrate small solar cells into indoor "internet of things" sensors and wearables. Converting indoor lighting into electrical power with solar panels will reduce the growing need for extended battery life for devices that don’t have access to sunlight.

“Photovoltaics is a rapidly growing and changing field, not only in its technology but also in its use and applications. Innovative technologies and approaches have helped photovoltaics on its own Moore’s Law-like advancement, with costs declining and performance improving,” said QESST Director Christiana Honsberg. “The collaboration is exciting because it combines advances from new materials and fields, such as additive manufacturing, with those from photovoltaics to achieve both new technologies and transformative photovoltaic applications.”

Cross-center educational opportunities include a student exchange program and the development of web-streamed technology modules on the key technology developments.

Top photo: A researcher produces a photovoltaic cell in ASU’s QESST University Research Center. QESST is funded by the U.S. National Science Foundation and the Department of Energy. Photo by Marco-Alexis Chaira/ASU