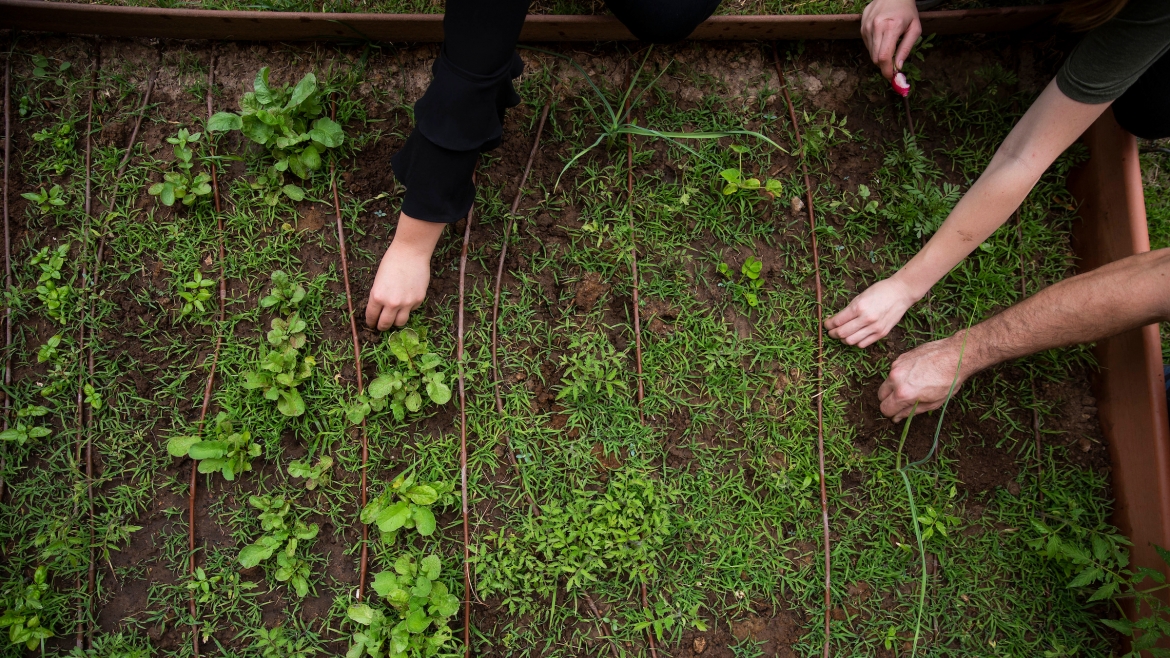 ASU rolls out series of planned events and activities, and a good carbon cleanse

Even though Arizona State University is situated in the Sonoran Desert, it happens to be one of the “greenest” places on Earth.

The university is a model of sustainability with 54 LEED certified buildings, solar installations at each campus and a culture that encourages seeking innovative ways to make a positive impact on the world with a commitment to climate neutrality.

ASU continues to raise the bar in its sustainability education and leadership in 2019 and will participate in Campus Sustainability Month, which starts Oct. 1.

Held every October, the monthlong event is an international celebration of sustainability in higher education designed to engage and inspire incoming students and other campus stakeholders to be sustainability change agents. 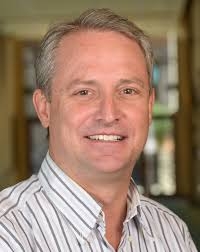 Question: What is Campus Sustainability Month?

A: Recently, in ASU Now, an article put forward 10 simple ways Sun Devils can go green. These are practical ways anyone can start to get involved in sustainability. People can also visit AASHE's website to learn more about Campus Sustainability Month in general and also see what is happening across the globe. Additionally, individuals can participate in any of the events being held on the Tempe and Poly campuses, a calendar of which will be live soon.

Q: Why is sustainability so important to ASU?

A: ASU is and has been a leader in sustainability, from President Michael Crow being a founder of the ACUPCC Climate Commitment to setting up the first School of Sustainability in the country. We want ASU to be the example of how a small city — ASU has over 125,000 community members, bigger than Flagstaff — can figure out how to operate sustainably. To be a Sun Devil is to be sustainable.

Q: One event this week is about greening your home or office — what are some easy ways that people can do that?

A: Greening your home and/or office can be an exciting process that celebrates creativity and stimulates a sense of well-being. Several simple ways to green your space include:

• If you haven’t started recycling, look into your local recycling program and begin reducing waste-to-landfill responsibly. In Tempe or Phoenix, you can start recycling and reduce the size of your landfill bin and save money. If you’ve been recycling for a while, think about composting opportunities as this will further reduce your waste-to-landfill as well as provide nutrient rich soil for your garden.

• Identify money saving practices that also green your space, like switching to LEDs once your old lightbulbs go out or installing low-flow fixtures that reduce water consumption as well as hot water needs.

• Remember to change the air filter for your HVAC as this can improve efficiency by 5% to 15%.

• Utilizing fans can allow you to adjust your thermostat setting by 4 degrees during the summer.

• Try to find ways to reduce consumptive practices as much as possible: Switch to towels that you wash, rather than paper towels.

• Then focus on what you can reuse: Switch out store-bought water bottles like disposable plastic with reusable bottles — Nalgene, Hydro Flask, etc. Utilize reusable bags for groceries.

• Transition to double-sided printing and use single-sided copies for scrap paper.

• Set electronics to enter sleep mode after no longer than 10 minutes when not in use.

• Turn off lights when leaving.

• Request digital copies instead of printed.

Q: What other events can people look forward to?

A: Here's a schedule of events we have planned for Campus Sustainability Month:

Archaeologist wants to hear the whole song of humans' past, not just individual notes

Human behavior over time has been extraordinarily complex; that's partly why so many different fields exist to study it. From economics and psychology to sociology and anthropology, each field brings its own set of complementing focuses, methodologies and ranges of study to the larger equation.But in archaeology specifically, there has been a tendency to study behavior in small pockets — micro ... 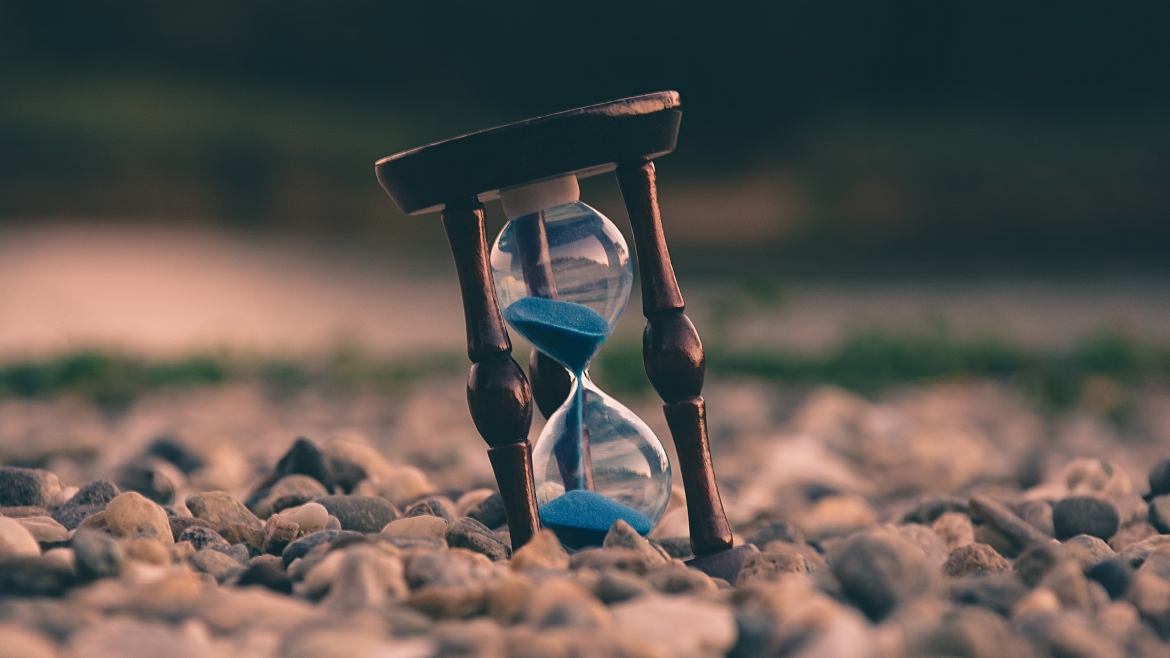 Archaeologist wants to hear the whole song of humans' past, not just individual notes

Human behavior over time has been extraordinarily complex; that's partly why so many different fields exist to study it. From economics and psychology to sociology and anthropology, each field brings its own set of complementing focuses, methodologies and ranges of study to the larger equation.

But in archaeology specifically, there has been a tendency to study behavior in small pockets — micro time scales shorter than the span of a human lifetime, said Charles Perreault, an assistant professor at Arizona State University’s School of Human Evolution and Social Change. 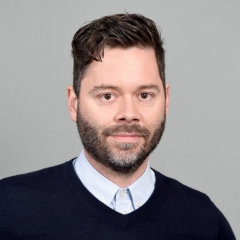 This deep vs. broad approach has led to countless fascinating and important discoveries about the human past, he adds, yet leaves a whole lot of lingering questions about the forces that govern human culture.

In his new book “The Quality of the Archaeological Record,” Perreault explains that the field of paleobiology grew significantly in prominence when paleobiologists turned away from studying microevolution in the incomplete fossil record and focused instead on patterns and processes that are revealed only across large scales of time and space. And it’s this type of macro approach that he’s now arguing for more of in his own field.

Question: You use the term “macroarchaeology” quite a bit in the book. What is that, and how is it different from what has been done before?

Answer: We archaeologists tend to view ourselves as ethnographers of the past, meaning it’s our job to clear archaeological sites from the distorting effects of disturbance and preservation processes, fleshing it in with ethnographic or experimental archaeology, in order to reconstruct behavior of a set time, place and people.

Reconstructed behaviors would then typically be interpreted in terms of cultural anthropology, behavioral ecology, psychology or economics, all fields based on observations made in the present.

This approach has been fruitful, but macroarchaeology tries to do the exact opposite, moving as far away as possible from an ethnographic scale of analysis to a 10,000-mile view of the archaeological record. The goal is to see the types of patterns and processes that become visible only over very large temporal and spatial scales, and well above the hierarchical level of the individual. This could include statistical patterns of abundance, diversity, distributions and rates of change, and their macroscale drivers such as climate change and biogeography.

Q: What are the parallels between the history of paleobiology and the future of archaeology?

A: Before the 1970s much of paleobiology consisted of reconstructing fossil organisms into what a field biologist would recognize and interpreting the fossil record in terms of microscale evolutionary theory developed by geneticists. But during the 1970s, the agenda of the discipline was transformed, with an emphasis on macroevolution — things observable over geological time scales as opposed to within a human lifespan. This new agenda revitalized the field and augmented its relevance to the biological sciences significantly, and I’d like to see a similar transformation within archaeology.

Q: What kinds of questions can researchers answer using this macro approach?

A: Some of those would be about long-term trends. For instance, Jonathan Paige and Deanna Dytchkowskyj, two graduate students here at ASU, are looking at all the long-term trends in the complexity of stone tool technologies over the last 3 million years.

Archaeologists can also aggregate to measure the expected properties of various aspects of human culture, such as the typical pace of change in technology or the range and duration of stylistic traditions.

In a paper published in 2012, I was able to measure the typical pace of change as seen in the North American record and also compare it to the pace of biological change in the fossil record, and found that culture changes about 50 times faster than biology.

This shows how culture frees humans from generational time constraints and gives us the best of both worlds: We evolve over very short time scales normally accessible only to species with short life spans, but also enjoy the benefits of a long life history, including large bodies, big brains and long childhoods. This information would also be helpful for other disciplines to be able to incorporate in their theories and models.

Q: How would archaeologists go about collecting and analyzing data on a macroscale?

A: The data needed here is a bit different than what you see in a normal archaeology project. First, the program is material culture-centric, and about the archaeological material itself, like a type of arrowhead, rather than about individuals or populations. It needs to have properties measurable at any given point in history, without time-specific, place-specific or technology-specific variables. Examples include temporal ranges, geographic ranges, rates of change and rates of appearance/disappearance.

It’s basically the difference between a zoologist studying bat echolocation systems, a species-specific trait, and a macro ecologist analyzing the geographic range of terrestrial species, something every species has.

This also puts archaeologists in a good place to identify some drivers of patterns. For instance, how does geography, such as the shape, size or orientation of continents, affect cultural diversity or complexity? What is the effect of climate on global cultural diversity? These are narrower questions than what you typically see in the field of archaeology, but they are deep questions.

Q: What other innovations will we see in archaeology over the next 10 years?

A: One would be a greater focus on large historical databases. Archaeologists have produced a wealth of data over time, but it is vastly underutilized. Too often, the results of excavations are used once, to answer whatever particular research question the excavators had in mind, and then it just sits there on the shelves.