Catalysis is an essential component of industrial chemistry and the economic and societal benefits of catalysis are almost incalculable.

Catalysts increase the speed and selectivity of chemical reactions by lowering the energy barriers to the critical bond-breaking and -making processes. Over 80% of all industrial chemical processes involve catalysis and roughly 30% of the gross domestic product of many industrialized nations depends upon catalysis. It's crucial to the production of the fertilizers that are used for crop production across the globe. It has been estimated that over half of the population of the world would not be alive today if it were not for the invention of the catalytic production of the essential feedstock for fertilizer production, ammonia. 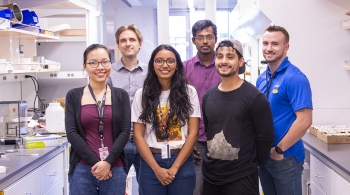 Precious metal compounds are regularly used to catalyze industrial chemical reactions; however, these metals can also exhibit toxicity and be expensive to work with, and the world's supply of many is being rapidly depleted. Fortunately, green chemistry principles can be applied to develop more sustainable and environmentally-responsible replacements for these precious metals that use more benign and Earth-abundant base metals.

Ryan Trovitch's group in the School of Molecular Sciences at Arizona State University is leading the way in the development of new cost-effective and environmentally friendly catalysts for chemical reactions based on these principles. The Trovitch Group is showing that underutilized metals such as cobalt and vanadium can be used to catalyze a variety of important chemical reactions under mild conditions. A central scientific theme in the new catalytic processes invented by the Trovitch group is that the part of the molecular structure of the catalyst that surrounds the metal (the ligands) simultaneously stabilizes the metal center and promotes the fundamental bond-breaking and -making required to initiate chemical reaction.

Their research is described in two papers recently published in the Journal of the American Chemical Society: "Redox-Noninnocent Ligand-Supported Vanadium Catalysts for the Chemoselective Reduction of C═X (X = O, N) Functionalities" and "Efficient Cobalt Catalyst for Ambient-Temperature Nitrile Dihydroboration, the Elucidation of a Chelate-Assisted Borylation Mechanism, and a New Synthetic Route to Amides." 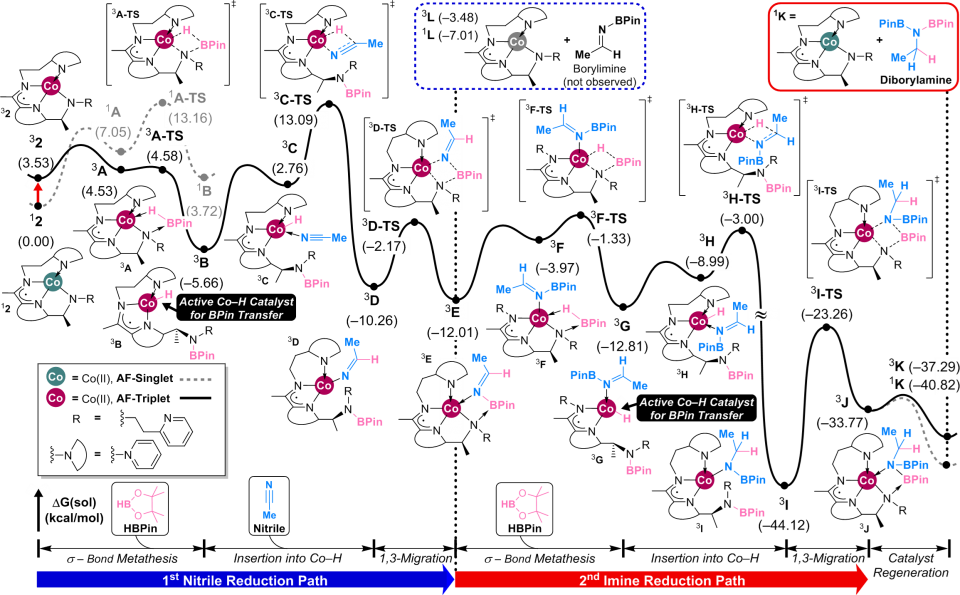 Efficient cobalt catalyzed nitrile hydroboration has been achieved by using a ligand that simultaneously allows for a spin transition, redox non-innocence and inner-sphere boryl group transfer.

“Taken together, these publications highlight how ligand-based reactivity can be utilized to design next-generation base metal catalysts,” explained Trovitch, an associate professor in the School of Molecular Sciences.

Compared to the precious metals normally used in catalysts, cobalt and vanadium are relatively abundant in the Earth's crust. Cobalt ore deposits are found in Democratic Republic of Congo, Canada, Australia, Zambia and Brazil and vanadium ore is mined in South Africa, Russia and China.

Using cobalt and vanadium metals as their basis, the Trovitch group has discovered new catalysts for efficient synthetic routes to alcohols, amines and amides, all basic chemical structures important in a wide range of chemical manufacturing and processing. In addition to describing new reactions, their recent publications describe the fundamental mechanistic principles that allow these new catalysts to function. Characterization of the new catalyst materials relied on ASU’s single crystal X-ray diffraction, electron paramagnetic resonance and nuclear magnetic resonance facilities.

Ian Gould, associate director of the School of Molecular Sciences, said that "the detailed and careful mechanistic detail described in these studies is likely to influence and inform future approaches to the development of new base metal catalysis."

The Sandra Day O’Connor College of Law at Arizona State University recently hosted a group of law professors from Tecnológico de Monterrey, the largest private university in Mexico.The academic visit was part of a three-year grant the law school received from the Merida Initiative, a program of the Department of State-International Narcotics and Law Enforcement (INL), which began in 2017. Durin...

The academic visit was part of a three-year grant the law school received from the Merida Initiative, a program of the Department of State-International Narcotics and Law Enforcement (INL), which began in 2017. During their visit, the professors observed ASU Law legal clinics, visited with the local U.S. attorney’s office and courts, practiced U.S. oral trial techniques and learned experiential learning pedagogical methods. 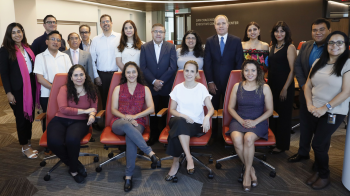 The main goal of the project, commonly referred to as Voz de las Victimas, is to support INL’s mission to strengthen rule of law in Mexico through developing and implementing law school programs to train law students, professors and administrators, as well as civil society practitioners, in the effective use of Mexico’s new oral criminal justice system.

“The synergy between Tecnológico de Monterrey and Arizona State University has been amazing,” said Evelyn Cruz, project director and clinical professor of law at ASU Law. “It has led to success that will impact the quality of legal education in Mexico for years to come,” she added.

Over the past two years, ASU Law has trained nearly 40 Tecnológico de Monterrey professors in clinical pedagogy and oral trial teaching techniques, established two victim advocacy clinics at the university’s law schools, and provided over 20 oral advocacy trainings for approximately 460 system actors in the Mexican legal system. The project has given 46 students the opportunity to obtain real-life experience while providing over 5,300 pro bono service hours and handling in excess of 300 active cases at local victim-centered law school advocacy clinics in Mexico.