First semester with The College

What's life like in the largest academic unit at Arizona State University?

Arizona State University marked a record first-year undergraduate cohort of nearly 14,000 on-campus students this fall. The College of Liberal Arts and Sciences welcomed more than 3,000 to the academic heart of the university.

The College’s 95 undergraduate degree programs prepare students for careers in fields including anthropology, biodesign, biomimicry, urban planning, policy advising and international diplomacy. And those pursuing degrees elsewhere at ASU are also engaged here — 94% of all 2018 graduates took at least one course through The College during their time at ASU. So what does that look like for the latest Sun Devils on campus?

We caught up with students from each of The College’s three divisions to hear about their time at ASU so far, why they chose their major and what they’re looking forward to this semester. Paige Fierro-Hernandez, a commuter student, found that joining the ASU Programming and Activities Board helped her to feel more connected to campus life.

Paige Fierro-Hernandez came to ASU with a plan to expand a family legacy. Now majoring in English with a focus on writing, rhetoric and literacies in the Department of English, she’s also looking to forge a creative path of her own.

“My grandfather was also an English major at ASU, and I've always been a writer and a really big reader,” she said. “I figured, why not take two things that I love and try and make a career.”

Fierro-Hernandez commutes to campus from her family home in Mesa. She said it can be difficult to connect with students and events on campus as a commuter. Joining the ASU Programming and Activities Board (PAB) was one way to fill the gap.

“It can be hard to feel fully immersed at ASU without actually living here,” she said. “I joined PAB’s Memorial Union After Dark program because I like organizing activities, and I think it’s a good way to get involved.”

Fierro-Hernandez is the first person in her family to attend college since her grandfather graduated from ASU in 1972. She said she wants to make space for her writing and making new memories outside the classroom.

“My grandpa was so excited when I told him I was going to ASU, he actually cried,” she said. “It sounds really nerdy, but I think now I’m looking forward to working on papers for my classes, and attending the Territorial Cup Series games.” 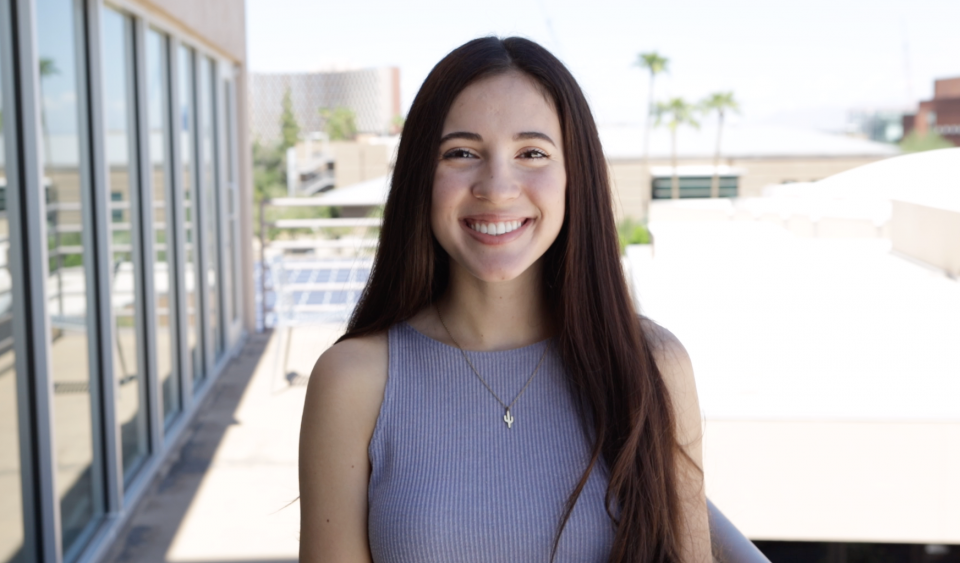 Brooke Zanon found a variety of studies at ASU that will serve her in a career in the international arena.

Growing up some 30 minutes from the Tempe campus, Brooke Zanon first became interested in global affairs in high school.

“We didn’t really have a program for international relations at my school, but I did a lot of research online to see what I wanted to do in the field in the future,” she said. “Before college, I attended a summer camp at Georgetown University that focused on the study.”

When it came time to think about college, she remembers looking for a balance between staying close to family and finding the academic opportunities she hoped would lead to a career in the international arena. Getting accepted to Barrett, The Honors College was the final push she needed to attend ASU.

Now pursuing a major in global studies in the School of Politics and Global Studies, a minor in political science and a certificate in Islamic studies, Zanon is turning the interests she forged in high school into an academic path at The College.

Zanon serves as the policy chair of ASU’s chapter of the gun control advocacy group March For Our Lives, and also meets with the Alexander Hamilton Club on campus when she has time.

She said engaging with those organizations and living in a residence hall has helped her branch out as she starts her Sun Devil journey.

“I think so far I’ve gotten over the worry of not making friends by forming relationships with the people on the same floor of my residence hall,” she said. “Clubs help too, because you’ve already established that common interest and it’s easier to build from there.” 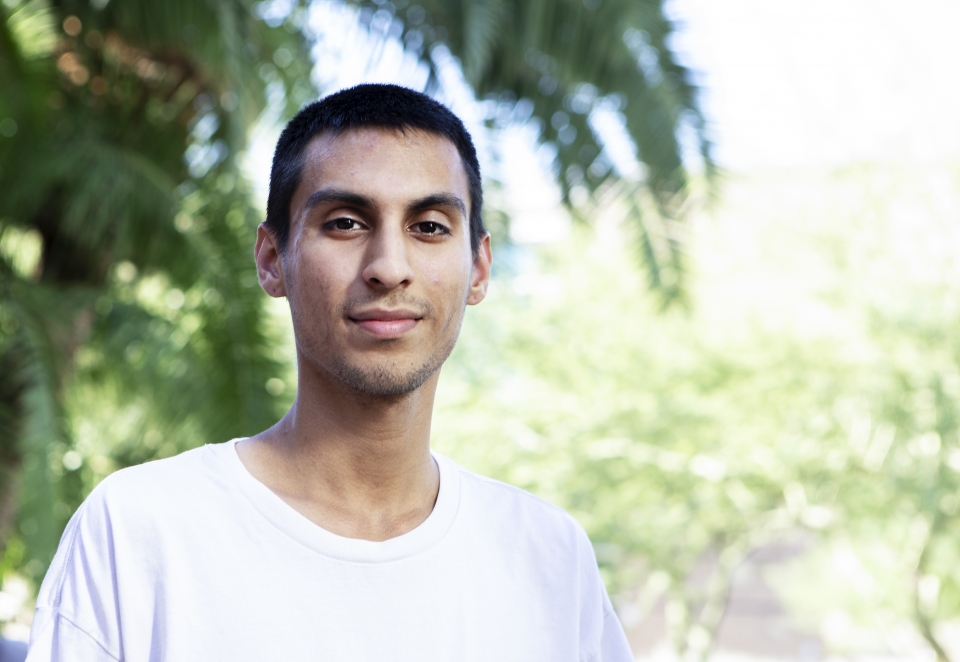 Francisco Abraham Cabrera says that hard times give students an opportunity to problem-solve and learn how to be independent.

Francisco Abraham Cabrera grew up wanting to understand the physical world and our place within it.

“I’ve always been curious about the universe, how it works and the fact that we as humans are so insignificantly small, yet able to decipher so much,” he said.

Now, he’s turning his curiosity into a study as a physics major in The College’s Department of Physics.

Cabrera came to ASU as a part of The College’s College Assistance Migrant Program, an initiative at the School of Transborder Studies supporting Arizona students from migrant and seasonal farmworker backgrounds. He said meeting and working with other students in the program has helped him feel more at home on campus. And between socializing and classes, living in a residence hall has provided a space to wind down.

“I like living in my residence hall because I get to enjoy the quiet, at least during the week,” he said. “I also like going for walks in the evenings, kind of as a way to just realize that I’m here, at ASU.”

As the semester progresses, he said it’s important to remember how to problem-solve, and always strive toward solutions.

“I feel like no matter what your personality is, you’re going to be taught a lesson in independence here,” he said. “There are going to be hard times, but eventually you’re going to figure it out — I think it’s important to remember you're at ASU for a reason.”

Top photo: The College of Liberal Arts and Sciences moved into a new home at Armstrong Hall last year.