ASU alum utilizes his humanities degrees to join political conversations, past and present

For L. Benjamin Rolsky, a 2006 undergraduate alumnus in history and religious studies, his passion for research is practically a genetic trait. His grandmother subscribed to multiple academic journals in her pursuit of big questions and deep interest in the Hebrew Bible. While he was always fascinated with the topics, he says his grandma influenced him greatly.

“Growing up, I was always drawn to history in general and American history in particular,” Rolsky said. “In many ways, my interest in history and religion is a direct outgrowth of my grandmother’s interest in biblical studies as an academic field.” 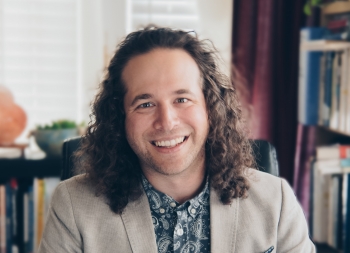 Benjamin Rolsky graduated in 2006 with his bachelor's degree in history and religious studies. Download Full Image

Rolsky attended high school in Cave Creek, Arizona, where one of his teachers suggested he apply to Arizona State University to join the history department and Barrett, The Honors College. He began as a history major, and after taking a world religions course “began to truly pursue religion as a subject of study and research.”

He lived in the Barrett dorms where he made lifelong friends and overall enjoyed his time as a student. Then his senior year came. He was looking forward to classes and drafting his honors thesis when he experienced the defining moment in his academic career.

“During the drafting process, my thesis adviser, the late religious studies Professor Ken Morrison, suggested to me that I rethink my plans to apply to graduate school due to my performance,” said Rolsky. “This observation challenged me to think hard about my life after college. I redoubled my efforts and by the end of the year, Professor Morrison had awarded me the best double major award in the department of religious studies. Ken played an indispensable role in my development as a scholar, and I am thankful for the time that I had with him.” 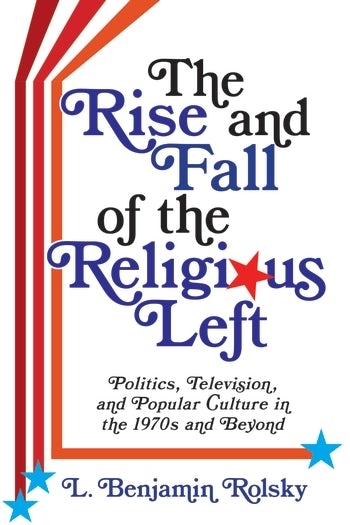 The cover of Rolsky's forthcoming book, "The Rise and Fall of the Religious Left: Politics, Television, and Popular Culture in the 1970s and beyond." The book is set to release in November 2019.

He currently holds a position as an adjunct instructor at Monmouth University in New Jersey teaching history and anthropology and is a part-time lecturer in religious studies at Rutgers University. This upcoming fall, he will be taking on a new role in conjunction with his current positions.

“This coming fall, I will be serving as an expert commentator for the 2020 presidential election from my home department,” Rolsky said. “I will be made available for those journalists, writers and analysts looking to learn more about the role of religion in politics and American public life writ large.”

Rolsky is also in the midst of promoting his debut book, “The Rise and Fall of the Religious Left: Politics, Television, and Popular Culture in the 1970s and Beyond,” which is set to release on Nov. 12.

“In addition to this, I am preparing remarks for a presentation that I’ll be making at the American Academy of Religion’s annual meeting in San Diego titled, ‘Establishments and their Fall: Direct Mail, the New Right, and the Transformation of American Politics.’”

What’s next for Rolsky? After he finishes his current project, he is planning to complete a book proposal for a second book project on the history of American conservatism from World War II to present day.