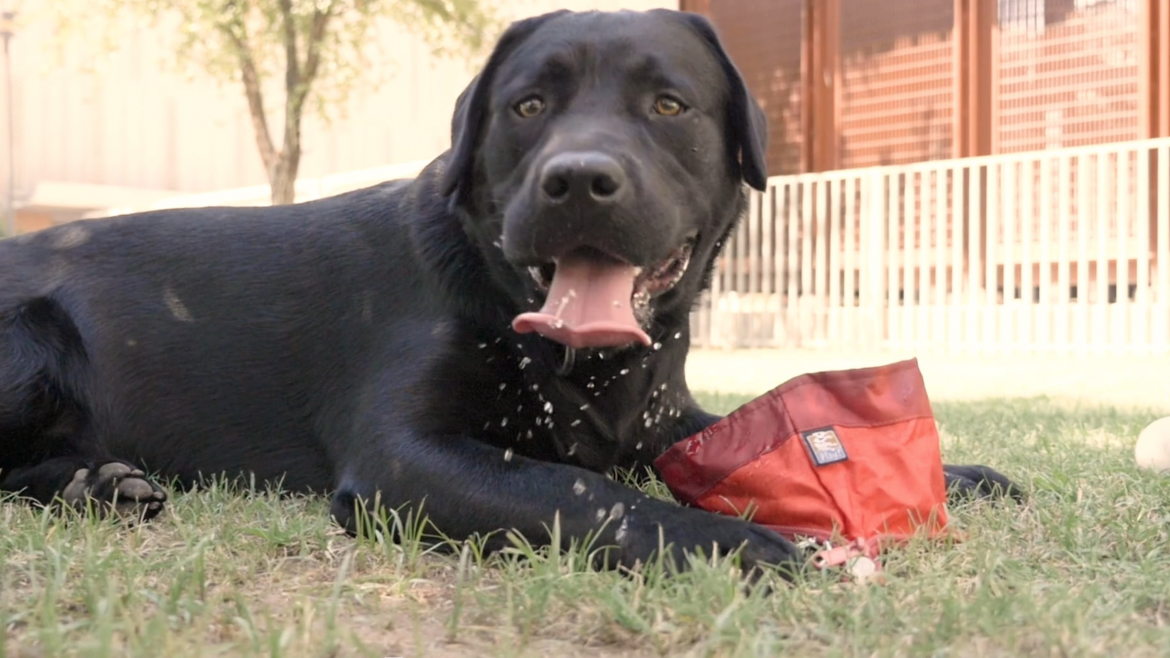 Tips to brave the dog days of summer

Editor's note: July 3 marked the start of "the dog days of summer," the most sweltering days of the year. (For those of us in the Northern Hemisphere, anyway.) To help you make it through, ASU Now is talking to experts from around the university about everything dog, from stars to language to man's best friend. Look for new stories every week through Aug. 9.

Fall semester is just around the corner at Arizona State University, though it certainly doesn't feel like fall yet.

We're in the tail end of the dog days of summer, so ASU Now checked in with ASU Police trauma dog Dutch to find out five ways to beat the heat.

Dutch isn't the only one at ASU who's working on keeping people safe from extreme temperatures. Urban climatologists Ariane Middel and Scott Krayenhoff did a three-year study of the Tempe campus, mapping out the three coolest (and hottest) spots.

Other ASU researchers also are working on heat-related issues, including David Hondula, who is working with the city of Phoenix to develop a first-of-its-kind heat readiness plan that will guide how the city identifies, tracks, prepares for and responds to the dangers of extreme urban heat.

ASU's Environmental Health and Safety has a guide of summer safety tips, such as heat stress prevention and staying safe around water.

And speaking of water, a dip in the pool at one of the Sun Devil Fitness complexes is a great way to cool off. Not a swimmer? They offer lessons.

When she was 5, doctors gave Claudia Reeves' parents a dire warning: Without reconstructive surgery, their daughter's face was at risk of collapsing.Reeves was diagnosed with the rare genetic mutation — oligodontia — that has shaped her life ever since. Oligodontia, which is estimated to affect less than 0.1% of the world’s population, is the absence of more than six primary teeth.“I spent...

When she was 5, doctors gave Claudia Reeves' parents a dire warning: Without reconstructive surgery, their daughter's face was at risk of collapsing.

Reeves was diagnosed with the rare genetic mutation — oligodontia — that has shaped her life ever since. Oligodontia, which is estimated to affect less than 0.1% of the world’s population, is the absence of more than six primary teeth. 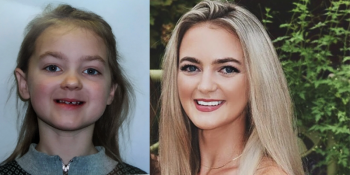 Claudia Reeves (at left) as a child and today. Reeves was diagnosed with a rare genetic mutation that has shaped her life in profound ways. Download Full Image

On the advice of her doctors, she finally had facial reconstructive surgery four years ago. But the bad news didn’t end there. The surgery would not be covered, as insurance companies deemed it “cosmetic.” The total out-of-pocket expense? Around $150,000.

“Doctors were unsure how I could eat and maintain proper nutrition since my back teeth did not touch and I had little teeth function,” she said. “My teeth never grew larger than the size of an 8-year old’s. My health suffered as I was not able to eat a majority of foods.”

Nevertheless, insurance companies still did not deem her surgery a medical necessity. 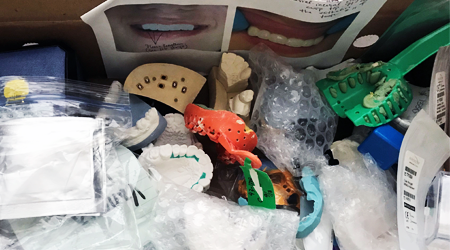 As doctors tried to help, Reeves gathered a vast collection of dental devices over the years.

There was nothing elective about the surgery to Reeves, and she is thankful she had the means to pay for it. She is now in better health and finally getting to experience simple pleasures that others take for granted.

“Four years ago, I was able to bite into an apple for the first time,” she said.

The dilemma has inspired her to help others avoid the same difficulties.

Now entering her second year at the Sandra Day O’Connor College of Law at Arizona State University, Reeves is seeking a career in health law — to honor the doctors who treated her and to help clear legal obstacles for others with serious health challenges.

“I want to pursue a career in health law,” she said. “My goal is to eventually be in-house counsel for a hospital and to get insurance companies to provide more funding for genetic mutations and disabilities.”

Originally from Overland Park, Kansas, she remembers telling her mother at age 13 that she was going to be a lawyer. She went on to attend the University of Arkansas, structuring her college experience around her goal.

She minored in insurance and worked at Allstate for more than three years so that she could have both textbook knowledge and practical application of the insurance industry. And anxious to start what she had been dreaming of since she was 13, she finished her undergrad studies in just three years and then set her sights on ASU Law.

“I was led to ASU Law because it was ranked No. 25 in the country and I really wanted to attend a law school that had influence in the legal world,” she said. “Dean Sylvester made a touching speech at Admitted Students Day about how ASU Law would be unlike any other law school in the nation in that the law school would tailor itself to the diversity of the students and would capture every niche. Those words made me feel at home and captured the values of a law school I wanted to attend.”

This summer, she continued working toward her career goal with an externship at the Phoenix office of the Equal Employment Opportunity Commission (EEOC).

It’s an experience that has validated her career decision — and one that she would recommend to other students.

“The experience so far has been wonderful,” she said. “All of the attorneys at the Phoenix office have taken great strides to make sure that I get exposure to various forms of legal research and writing. Because I have no attorneys in the family, and have done no other legal externships, I was terrified that I may not make a good attorney because I have had zero experience outside of class. From the beginning, the attorneys, paralegals and investigators have made me feel so valued, appreciated and capable. I can now say positively that I am in the right career field.”

Reeves said the first year at ASU Law was a bumpy ride, but a rewarding one, and credits the two mandatory legal writing classes for first-year students with giving her the tools to effectively research and write a memo. And she has advice to offer for future first-year law students who at times may feel overwhelmed by the challenge of being surrounded by so many talented peers.

“Everyone in that room is used to being the very best at everything they do,” she said. “It gets easy to question your self-worth when you get your first 'B' or even 'C.' I know I questioned my worth when I got my midterm grades back. Despite what your GPA reads at any point in the first year, you must know you have been given that seat for a reason. You are going to be surrounded by doctors, judges, actors, child prodigies. Remind yourself that you are sitting amongst a very intelligent and fascinating group of people because you are someone with an incredible story of your own. Own that story — and if you ever need someone to talk to, I am here.”