Humans and animals can develop resistance to harmful bacteria (pathogens) over time or with help from antibiotics or vaccines. And it’s usually assumed that the pathogens will respond by multiplying even faster.

However, in a new study published this week in Proceedings of the National Academy of Science, researchers from Arizona State University, along with colleagues from the University of Exeter and Auburn University, show that the evolution of more severe infections is not necessarily driven by bacteria replicating quicker. 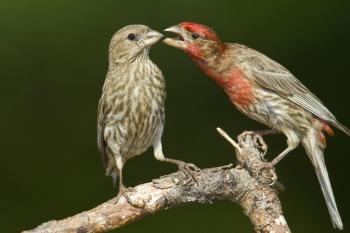 It's often thought that harmful bacteria will respond to resistance by multiplying faster. But in a new study of a bacterium that causes conjunctivitis in house finches, researchers now believe that a pathogen's virulence and ability to replicate evolve separately and may manipulate a host's immune system. Photo by Geoffrey E. Hill Download Full Image

The authors believe that once resistance spreads in host species, the bacteria’s virulence and replication rate can evolve separately, and virulence may be driven by other means, such as by manipulating host immune systems.

The research examined the spread of a bacterium called Mycoplasma gallisepticum (MG) among house finches — a common bird found at birdfeeders across the country. MG is a rare example of a well-studied, host-bacteria co-evolutionary race, where humans have not intervened with antibiotics or vaccines.

For more than two decades, ASU School of Life Sciences Professor Kevin McGraw has been studying diseases of finches. The researchers in this study discovered that strains of MG responded to resistance not by increasing in number but by increasing in strength and effectiveness of infection.

“Few have experimentally studied how the varied infection strategies of pathogens change over evolutionary time, so we weren’t sure what we would uncover in this system,” McGraw said. “Many have assumed previously that virulence and replication track one another as ‘full-court-press’ strategies for pathogen infection, but instead we found that one of them was prioritized over the other in the course of the evolutionary host-pathogen race.”

MG is a chronic respiratory illness that causes conjunctivitis — the infected bird’s eyes crust over and swell up, often closing completely. The sick birds can recover from the illness — if they do not first starve or fall victim to an unseen predator. The MG bacterium has been infecting house finches since the early 1990s when the disease spread rapidly and wiped out more than half of the U.S. East Coast house finch population. Within a decade, it had spread to parts of the West Coast.

However, after the initial crisis, the population stabilized. House finches began to develop resistance. But the disease has not disappeared. 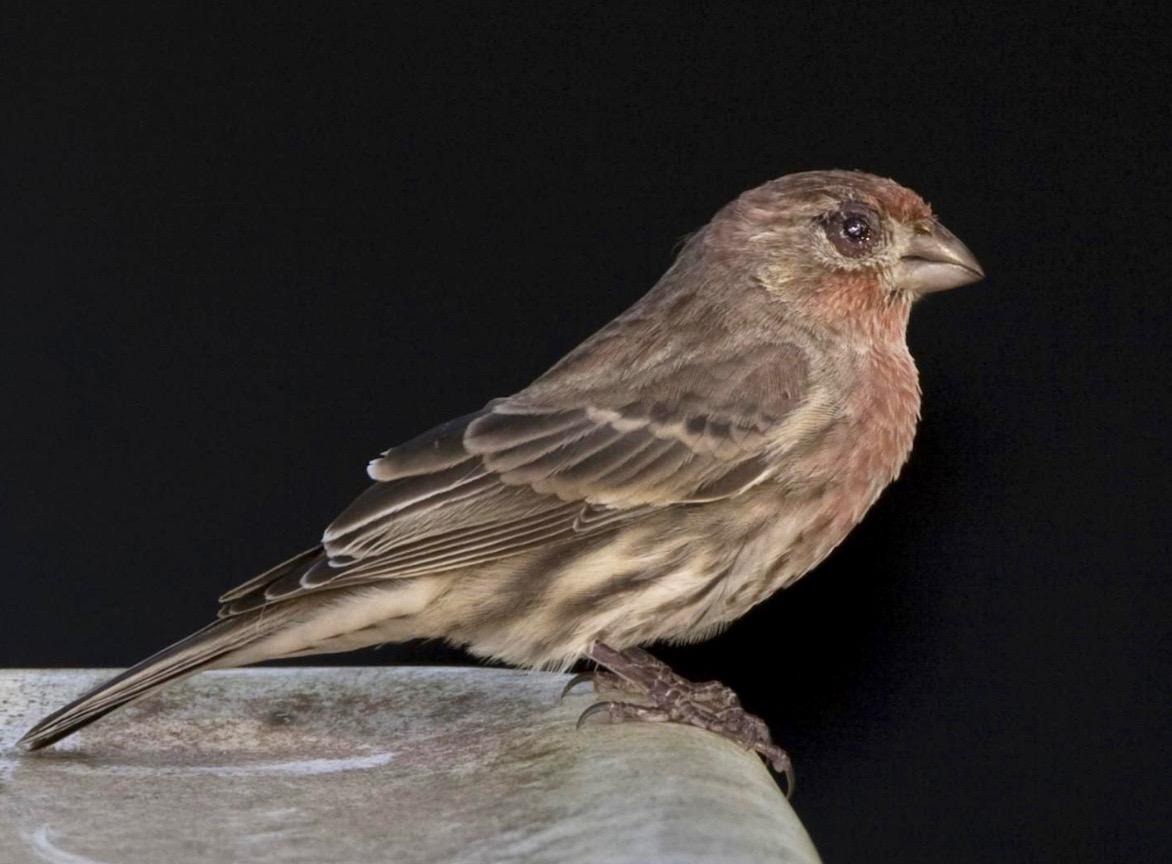 “We typically assume that pathogens respond to host resistance, including to vaccines, by increasing their rate of replication, allowing them to transmit faster to other hosts before they are cleared by their current host,” said Associate Professor Camille Bonneaud, with the University of Exeter. “However, our study shows that pathogens can evolve to become more virulent without increasing their rate of replication. We hypothesize that the increase in virulence that we observed in this study was driven by an improved ability of the pathogen to manipulate the host immune system in order to generate the symptoms necessary for its transmission.”

To understand how MG was responding to this resistance, McGraw and his colleagues tested both MG strains from early infections, before house finches were resistant, and newer strains. They found that rather than increasing their numbers, MG has found ways to be more efficient. Scientists have long predicted that a virus would use both strategies, rather than only one.

Understanding the interactions between harmful bacteria and their hosts can help scientists develop new treatments for bacterial infections.

“The results show us how we might design optimal treatments against a bacterial pathogen that has long encountered some form of resistance whether it be from the immune system of the natural host or an intervention like antibiotic use,” McGraw said. “In the case of a fight against MG, trying to knock back pathogen replication rate would not seem like the wise choice compared to targeting pathogen cell virulence.”

Predicting the flood before the waters rise

It’s the night of Sept. 8, 2014. Over metropolitan Phoenix, a summer monsoon collides with a dying Pacific hurricane. Rain gushes from the skies. Freeway pumps on Interstate 10 fail. Early morning commuters abandon their cars, which simply float away. Interstate 17 and U.S. 60 in Mesa also flood because pumps can’t cope with the deluge. City officials close dozens of streets. The mayor of Mesa... 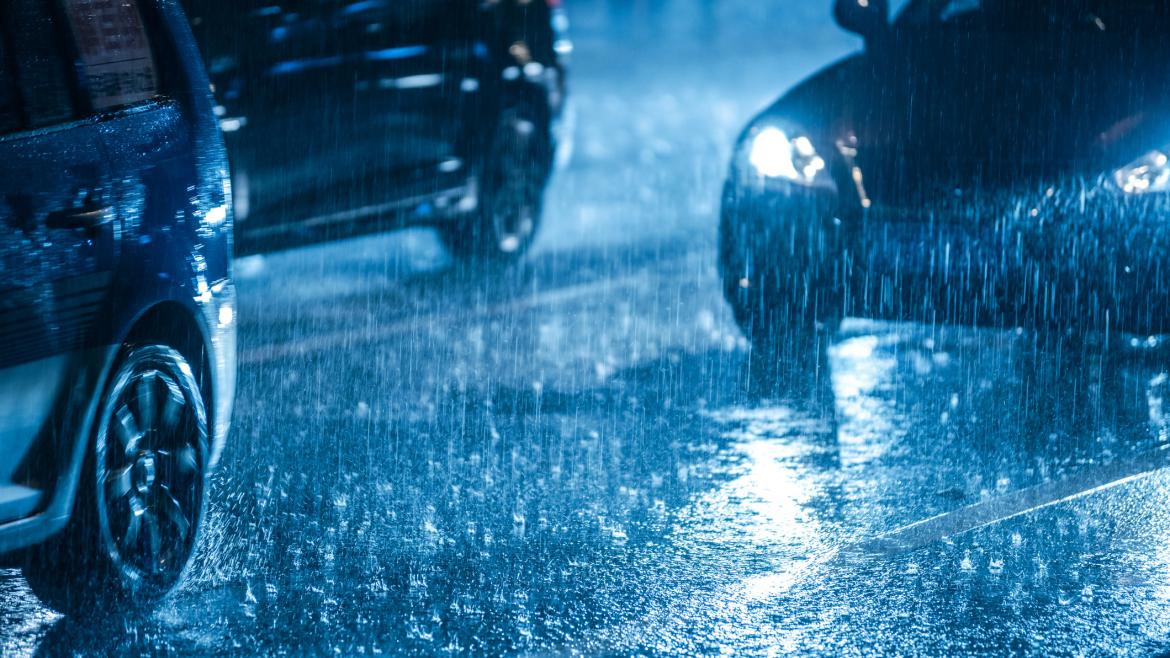 Predicting the flood before the waters rise

It’s the night of Sept. 8, 2014. Over metropolitan Phoenix, a summer monsoon collides with a dying Pacific hurricane. Rain gushes from the skies. Freeway pumps on Interstate 10 fail. Early morning commuters abandon their cars, which simply float away. Interstate 17 and U.S. 60 in Mesa also flood because pumps can’t cope with the deluge. City officials close dozens of streets. The mayor of Mesa calls the flooding a “slow-moving disaster.” The governor declares a statewide emergency.

That storm has gone down as the most destructive in Arizona history. Nationwide, urban flooding is becoming more intense. This summer saw similar storms hit New York City, Washington, D.C., and New Orleans.

A team of researchers led by Arizona State University faculty is working on a way to warn people about urban flooding.

Called Flood Aware, the idea is to use traffic cameras as eyes on intersections, measuring the observations. That data will feed into models with existing and predicted rainfall and then forecast (or report) flooding.

“Here are the areas that are likely to be flooded in the next hour, based on this forecast and where we already see flooding,” said Margaret Garcia, describing an example result of the system.

Garcia, an assistant professor in the School of Sustainable Engineering and the Built Environment, researches the sustainability and resilience of urban water supply systems. She is co-leading development of the three-year project, which kicks off this monsoon.

Water gauges are placed at rivers and streams everywhere by various government agencies. If you ski, kayak or raft, you’re probably familiar with them in predicting how fun a weekend you’re going to have. But they’re absent from urban areas because flooding is different in cities.

“What’s missing is data at the human scale of flooding, particularly in urban areas,” Garcia said. “The flooding mechanism is different.”

Riverine flooding typically affects larger areas. A single gauge can tell you what’s going to happen in a large area up and downstream of the gauge. Urban flooding is typically caused by intense rainfall which generates more runoff then the stormwater drainage system can handle. It tends to be small and localized: an intersection here and there, for instance.

Garcia described the group’s solution: “We want to try to utilize a group of cheap/existing technologies that we could either build upon in a small way or make use of what’s already happening in order to get distributed information, because that’s what’s really important in the urban environment is that we need measurements in a number of different locations in order to make sense of what’s happening and to get useful information to people about areas they might want to avoid.”

The porject will use traffic cameras — ones pointed at curbs and gutters rather than cars passing by — to observe the intersections, and then use image processing algorithms to estimate the depth of the water. Estimating the depth of the water and combining it with hydraulic models of storm water systems will give information about nearby areas.

“The idea is we could take these observations, integrate that data into our existing model along with either observed or forecast rainfall data, so we can then run our model multiple times — rainfall has just happened — feed in those data points where flooding is observed, and then make a probabilistic projection of where flooding is likely to be already occurring besides those points where we don’t have cameras and then we can also do that in forecast mode,” Garcia said. “Now is our first field season to put some of these ideas into action.”

They will install five cameras in Phoenix. The plan is to start with a high-end camera and strip away capabilities until they find out what’s really required. They’re also not using city equipment while the technology is being developed. “It’s definitely in the trial and error phase,” Garcia said.

Eventually the system could be linked to an app that would work the same way traffic apps work now.