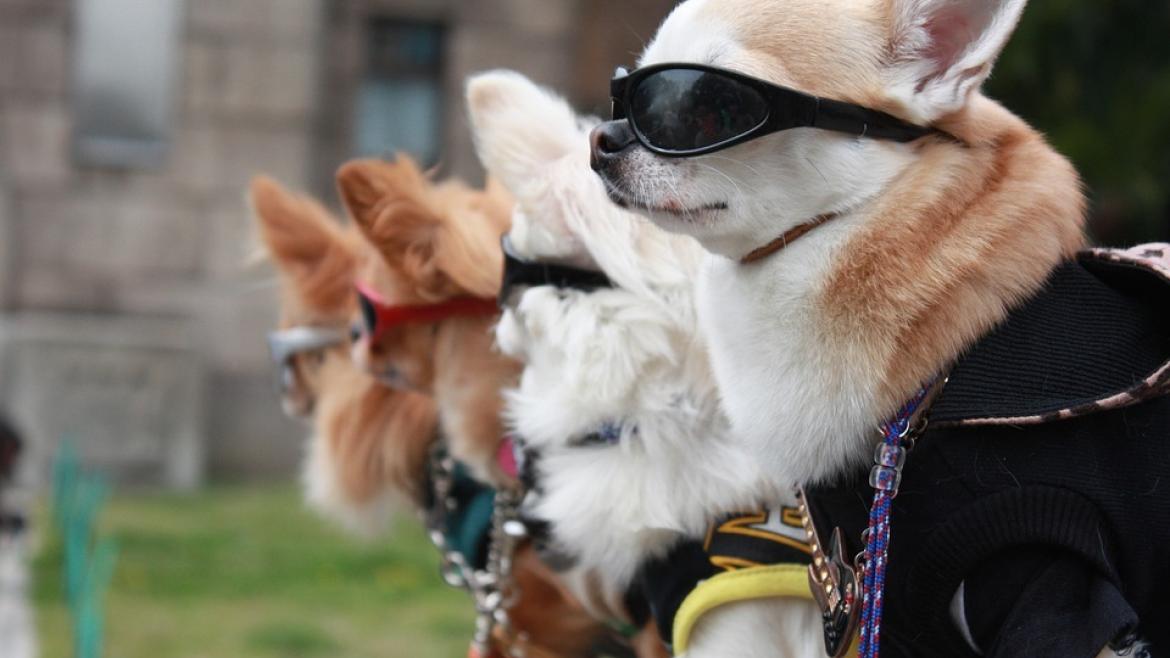 Editor's note: July 3 marked the start of "the dog days of summer," the most sweltering days of the year. (For those of us in the Northern Hemisphere, anyway.) To help you make it through, ASU Now is talking to experts from around the university about everything dog, from stars to language to man's best friend. Look for new stories every week through Aug. 9.

“I went to the doctor today. Turns out I have up dog."

The ruse above is only possible because everyone living in the modern era knows that “What’s up, dog?” is a common greeting between two people.

But we still may wonder about how we came to refer to other humans as “dog.” Not to mention how those furry, four-legged creatures dug their way so deeply into our language to begin with.

Rather than howling these thoughts at the moon, ASU Now sought the expertise of English professors and linguists Karen Adams and Don Nilsen. Luckily, we barked up the right tree, and they were able to throw us a bone.

Editor's note: Responses have been edited for length and clarity.

Question: Why do humans rely on idioms so much in language and communication?

Adams: In some cases, like with the “dog days of summer” or other animal metaphors, they’re more visually immediate for people. So that’s part of it.

Nilsen: Whenever the meaning of an expression is different from the literal meaning, it is termed metaphorical or idiomatic. Metaphors and idioms are necessary in order for a culture to adapt to changes in that culture. When new words or expressions are needed, metaphors or idioms are used in order to communicate. If we invent a valve that looks like a butterfly, we call it a “butterfly valve.” If we grow beans that look like a kidney in shape and color, we call them kidney beans. We also have elbow macaroni, etc.

Q: Why do we have so many animal idioms?

Nilsen: With metaphors and idioms, we have the source and the target. The source is something that is common and ordinary and always available, like animals, plants, body parts, weather, etc. These are the old words that we already know, but when culture changes because of paradigm shifts in science, culture or religion, we need of a lot of new words, so we talk about the shoulder of a road, or a dog-eat-dog (confrontational) world.

Q: Lots of dog idioms tend to have negative connotations, whereas a great many humans love dogs. Why the apparent contradiction?

Adams: Well, because yes, we love dogs, but do we love everything about dogs? Dogs kill things. They’re scavengers; they eat disgusting things. So yes, we love them and people go so far as to put them in clothes and strollers and treat them like family members, but they’re still not human. So there can be other aspects about them that are less desirable. My childhood dog used to roll in dead fish on the beach. It was one of his great joys in life, but we couldn’t let him in the house afterward; we had to bathe him in tomato juice and hope for the best.

Nilsen: Many of these idioms have negative connotations because they are slang/colloquial/vernacular, and speech tends to be more negative than writing. Note the difference between sarcasm — speech — and satire — writing. Notice the contrast between sacred or aristocratic and profane or ordinary or vulgar, as in “vulgar Latin” — the language of the common people: the colloquial-vernacular-slangy language.

Q: Don, you’ve presented on how animals communicate with each other through physical means, such as tail wagging. Are there any dog idioms that took inspiration from dog “language”?

Nilsen: His bark is worse than his bite. Barking up the wrong tree. To bark out a command. To growl at someone. Howling at the moon.

Q: Do you have any favorite dog idioms?

Nilsen: Dog tired: When dogs get tired, they just lie down, wherever they happen to be.

To dog-ear (bookmark) a book: It looks like the ears of a dog.

Dog days of summer: The hottest days of summer, when the wind doesn’t blow and sail boats are stranded. This is when Sirius, the dog star, rises and sets with the sun.

Sirius, the dog star: Its other name is “Alpha Canis Majoris” because it is the brightest star in the constellation Canis Major. Canis Major follows Orion (the hunter) across the Zodiac constellations.

To have a dog in the fight: To be prejudiced, one way or the other.

Raining cats and dogs: In medieval times, rainstorms would cause flooding that would catch the cats and dogs as the water headed toward the drains.

Gone to the dogs: No longer fit for human use.

It’s a dog-eat-dog world: Because of how dogs fight.

Nobel laureate Leland Hartwell will join the faculty of Barrett, The Honors College at Arizona State University in August, making Barrett the only honors college in the nation with a Nobel Prize recipient teaching undergraduates.Hartwell, a noted medical researcher, won the Nobel Prize in Physiology or Medicine in 2001 along with Paul Nurse and Tim Hunt for their discovery of protein molecules th...

Nobel laureate Leland Hartwell will join the faculty of Barrett, The Honors College at Arizona State University in August, making Barrett the only honors college in the nation with a Nobel Prize recipient teaching undergraduates.

Hartwell, a noted medical researcher, won the Nobel Prize in Physiology or Medicine in 2001 along with Paul Nurse and Tim Hunt for their discovery of protein molecules that control the division of cells. 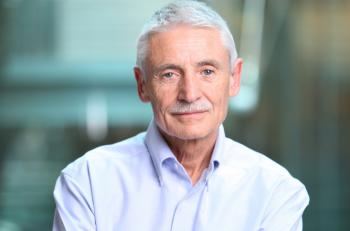 Nobel laureate Leland Hartwell will join the faculty of Barrett, The Honors College at ASU in August. Download Full Image

Hartwell has taught courses in Barrett as well as the School of Life Sciences and School of Sustainability at ASU for several years, said Barrett Vice Dean Nicola Foote. His teaching appointment has now changed so he can work exclusively with honors students.

“We will be the only honors college in the nation to have a Nobel laureate on our faculty," Foote said. "This means that our students have the unique opportunity to work with a scholar who has completely transformed the boundaries of human knowledge and to learn from him about how to question, create and innovate. I can’t imagine a better learning opportunity for undergraduate students.”

Hartwell will have the title of honors professor and teach an applied research course where students learn how to craft research questions and design experiments to test their hypotheses, Foote said.

Hartwell’s course in fall 2019 will focus on research and experiments to learn more about the human senses. Honors students from any major, and as early in their first year in the university, can sign up for the course.

Hartwell said his courses will change in focus from semester to semester, but all will challenge students to be self-directed learners and researchers.

“Basically, I try to teach students how to be independent learners," Hartwell said. "Typically, each student has their own project and I mentor them through it. I have taught courses in student success, global health and human sensory vision. Fall semester I am teaching a course in human sensory hearing. Each student will formulate a question of interest to them and then design and implement an experiment to try to answer their question."

Hartwell said he is looking forward to working exclusively with honors students.

“My experience with honors students has been terrific. They are generally enthusiastic and dedicated,” he said.

In addition to the Nobel Prize, Hartwell has received other recognition for his groundbreaking work.

He was given the Albert Lasker Basic Medical Research Award in 1998, which is awarded for a fundamental discovery that opens up a new area of biomedical science; the Gairdner Foundation International Award in 1992 for outstanding discoveries or contributions to medical science; the Alfred P. Sloan Award in cancer research in 1991, and the Genetics Society Medal of Honor.

Hartwell was the president and director of the Fred Hutchinson Cancer Research Center from 1997 to 2010, when he left to join the ASU faculty. Since 2014, he has taught special topics and directed honors studies in sustainability, biomedical engineering, biology and computer science.

Over the years, he has had appointments in the schools of education, biomedical engineering and sustainability and led a small team that developed and taught a course, Sustainability Science, for pre-service K-8 teachers. He also led the HoneyBee program at ASU, overseeing a series of small clinical trials using wearable devices to monitor physiological parameters in clinical patients for a variety of diseases.

Read more about Hartwell’s research and work with honors students.

Ranjani Venkatakrishnan, a Barrett, The Honors College student majoring in journalism, contributed to this story.