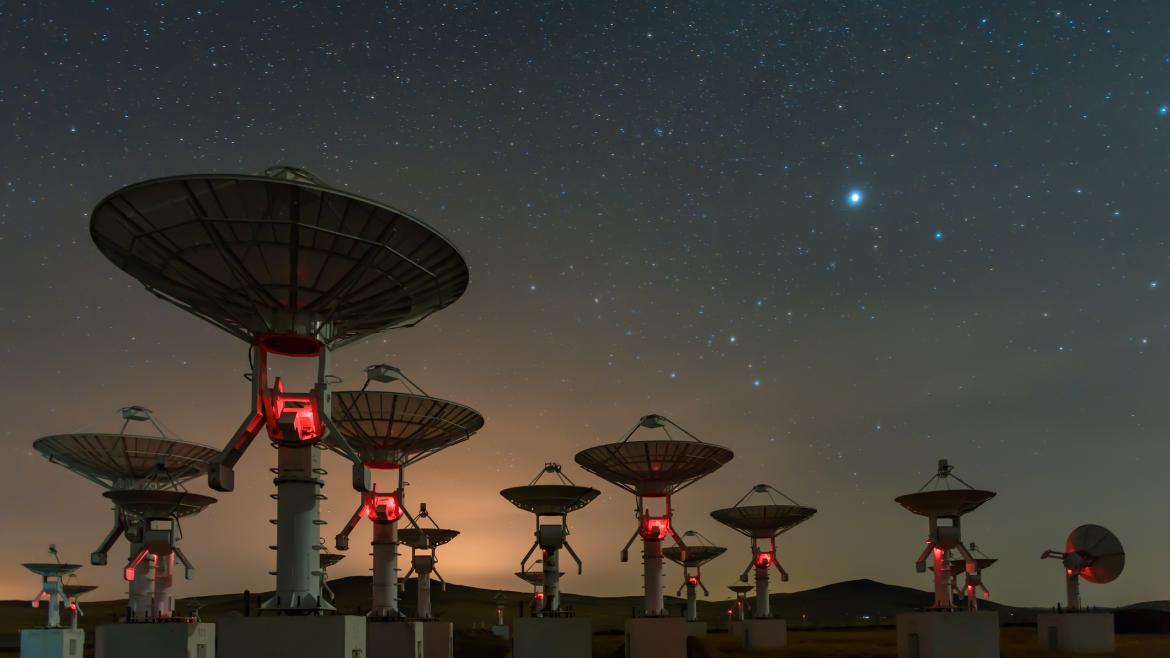 The dog days of summer originated with an unmistakable star alignment

Editor's note: July 3 marks the start of "the dog days of summer," the most sweltering days of the year. (For those of us in the Northern Hemisphere, anyway.) To help you make it through, ASU Now is talking to experts from around the university about everything dog, from stars to language to man's best friend. Look for new stories every Friday through Aug. 9. Woof!

The phrase “dog days of summer” conjures up images of sultry, sweaty and sometimes endless days of the season where lethargy in humans and drought in the environment begin to set in. Like many annual events, the dog days are based on the movement of the stars and are deeply rooted in culture. They represent the 20 days before and after the summer alignment of the star Sirius with our sun — happening this year from July 3 to Aug. 11.

ASU Now talked with Patrick Young, an associate professor in Arizona State University’s School of Earth and Space Exploration, who provided an astronomical explanation of the dog days, explained what consistent star placement has meant to humans through the ages and talked about how Sirius has affected human language. 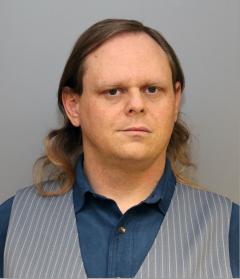 Question: Are the dog days of summer tied to an astronomical event or alignment?

Answer: The beginning of the dog days coincides roughly with the heliacal rising of Sirius as Sirius comes up just before the rising sun, heralding the star’s return to the night sky. The arrival of this bright, scintillating source of light was either associated with, or believed to contribute to, the extra heat of late summer and its attendant disease, discontent and inclement weather from before the composition of Homer's "Iliad." The phrase dog days itself comes from similar phrases used in Rome and classical and archaic Greece.

Q: Tell us about Sirius the star.

A: Sirius is about twice the mass and is 25 times brighter than the sun. Its surface temperature is 17,000 degrees Fahrenheit compared to the sun’s surface temperature of 10,000 F. It is 8.6 light-years away and is visible towards the south much of the night in the winter months. It rises shortly after the constellation Orion and received the nickname of “dog star” because it so faithfully followed its hunter companion.

Sirius has a white dwarf companion. Some 240 million years ago, Sirius formed together with a star six times the mass of the sun. That companion has since completed its life cycle, leaving one solar mass of material compressed into a ball the size of Earth, but a million times denser. Due to the precession of Earth's axis of rotation, in 10,000 years or so, Sirius' date of heliacal rising will drift to midwinter. Around the year 9000 it will no longer be visible from northern or central Europe.

Q: What is its importance to early humans/stargazers?

A: Sirius passes directly overhead for observers slightly south of the equator, so it was visible from almost all of the inhabited surfaces of Earth in ancient times. As the brightest star in the sky, it appears in the mythology of most civilizations, recorded in writing or oral traditions. It was also a calendrical and navigational aid used by many societies.

Q: How has Sirius been described?

A: Various authors in antiquity refer to Sirius as being red. The true color of Sirius is blue-white, and it is described so by other authors at the same times. Astrophysically, there is virtually no chance that Sirius has radically changed its color in the last couple thousand years. This probably reflects not on the evolution of the star, but on the evolution of language.

The words for bright and fiery are often similar. In classical Greek the words for bright as fire and blazing, flaming, fiery red and for pure, bright, radiant and blood red differ by one sound. The earliest color words involve separation between values of light and dark/black and white. The second distinction is between light colors and dark colors. Red is almost always a light color and is the first distinguished as an independent hue. Bright and red remain strongly associated, bolstered by the connection between burning and the brightness and color of wood fires. Proto-Indo-European — the ancestor language of Greek, Latin and English, among many others — roots for bright are also often roots for variations on “to burn.” In Greek, the word seirios, glowing or burning bright, is cognate with the Proto-Indo-European root meaning “red” and is further cognate with the word Sirius itself.

Q: How have humans marked seasons or time by the movement of stars?

A: The movement of the sun, moon and stars has been the basis of virtually every timekeeping system in human history, since these are the most consistent patterns in our environment. There is also always something to observe to mark an important time of the year like planting or harvest.

For example, the throne room of the Minoan palace of Knossos was aligned with the heliacal rising of Spica, marking the time of harvest for wine grapes. The first sighting of Matariki — the Pleiades — in the dawn sky marks the beginning of the year and midwinter for the Maori of New Zealand. The orientation of Muin — approximately the Big Dipper — in the night sky marks the major phases of the year for the Mi’kmaq of Prince Edward Island, Canada, when hunting and fishing seasons begin and end and the midwinter feast takes place.

Q: How do star alignments, constellations or even Sirius’s travels shape our annual calendar?

A: Our solar year is defined by the time it takes for Earth to make one orbit around the sun, which is traditionally measured by when the same stars once again appear in the exact same position at the same time of night.

The official start of the year has varied between European countries until relatively recently, but typically was tied to an astronomical event, either a solstice or equinox. Calendrical reforms designed to fix discrepancies between a true solar year and a calendrical year have shifted those dates a bit, but we still celebrate New Year's Day close to the winter solstice.

The art of the deal … and diplomacy

When President Donald Trump made an impromptu trip to North Korea last week to shake Kim Jong-un’s hand, he made history.The move made Trump the first sitting U.S. president to cross the demilitarized zone (DMZ) and step foot inside North Korea.But many citizens and critics alike wondered if this act was a real step toward peace with a quicksilver dictator with a nuclear program or just a glori... 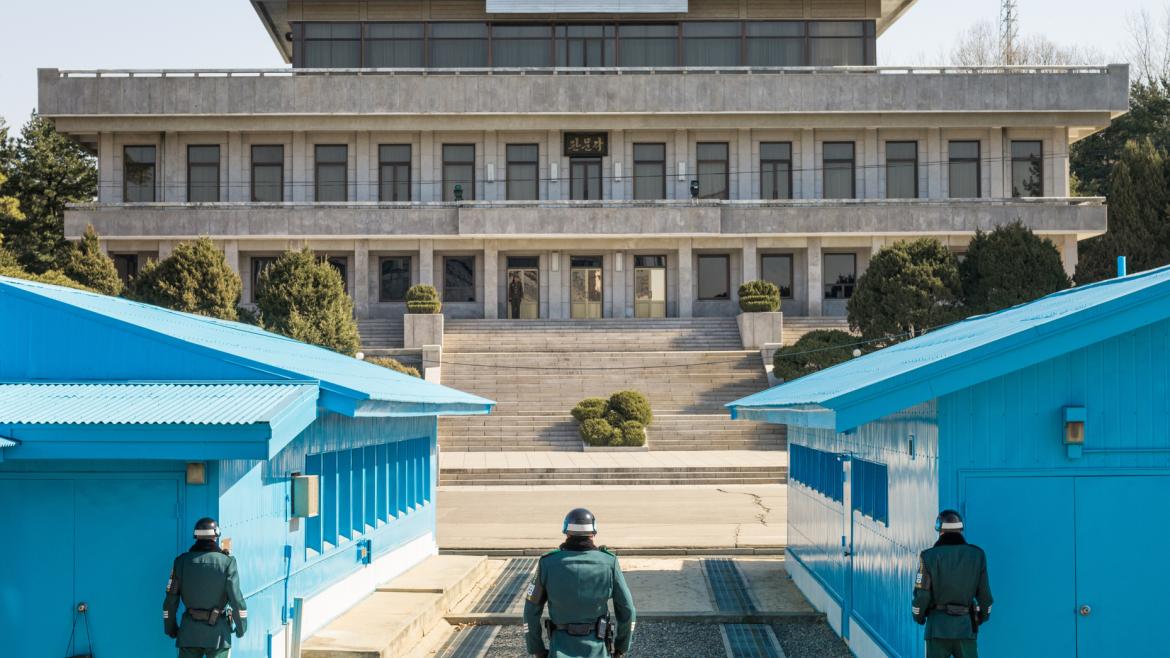 The art of the deal … and diplomacy

When President Donald Trump made an impromptu trip to North Korea last week to shake Kim Jong-un’s hand, he made history.

The move made Trump the first sitting U.S. president to cross the demilitarized zone (DMZ) and step foot inside North Korea.

But many citizens and critics alike wondered if this act was a real step toward peace with a quicksilver dictator with a nuclear program or just a glorified photo op. Was it diplomacy, and if so, was it a good idea?

One of America’s most distinguished senior diplomats, Polt concluded his 35-year career in September 2012 after completing an assignment as ambassador to the Republic of Estonia. Polt also served previously as U.S. ambassador to Serbia and Montenegro. Prior to his ambassadorial missions, he was principal deputy and acting assistant secretary of state for legislative affairs in the Colin Powell and Hillary Clinton state departments. 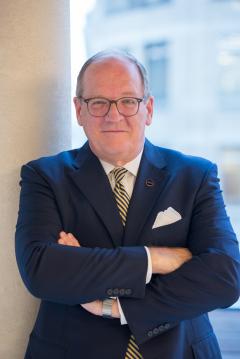 Question: From a diplomatic perspective, was President Trump’s visit to the DMZ to say hello and shake Kim Jong-un’s hand on Sunday a good idea?

Answer: It depends if it is part of a broader strategy of achieving a diplomatic goal. A photo op alone is not diplomacy. A broad strategy which includes detailed negotiations, along with strong visual elements and high-level personal diplomacy are definitely appropriate. If there is such a strategy that includes skillful and consistent diplomacy, then the president popping in on Kim Jong-un was a good idea.

If his mission was simply to have one more visual with the North Korean leader, then that’s not enough and that’s not going to achieve U.S. foreign policy goals.

Q: Does an act like this go a long way to developing trust between the two parties?

A: It can help. Personal relationships are very, very important in diplomacy, but not by themselves. I cannot think of a single diplomatic achievement by the United States or any other country that has not also involved personal chemistry among diplomats, negotiators and national leaders. President Ronald Reagan coined the phrase “trust, but verify” for a reason. Creating an atmosphere of trust is an important element of international discourse, but only in conjunction with a hard-nosed, painstakingly achieved diplomatic underpinning. Success in international negotiations is most often achieved when all or most parties walk away with a measure of a win-win situation. “I win, you lose,” in only the rarest of circumstances ever leads to any lasting aftermath.

Q: What’s going on behind the scenes regarding the art of diplomacy that is important to take into account?

A: In any diplomatic negotiation, the majority of what’s going on is not seen in public. I hope that is what is going on with North Korea. Such confidentiality allows for face-saving maneuvers and the building of trust. It also allows for hard truths to be shared. Sometimes success in achieving a foreign policy goal can be walking away from a deal. There is a real role for public diplomacy, as it is called today. But deliberate public disclosures in diplomacy should be carefully orchestrated acts designed to achieve specific outcomes.

Q: What should be the next step?

A: Professional diplomacy below the heads of state level. The problem with summit level diplomacy is that you have no place else to go if you don’t succeed. Bread and butter diplomacy may be slow and even boring, but it delivers detailed, multiple options that leaders can then consider and guide. Presidents, except in the most exceptional circumstances, should be breakthrough closers of a deal, not working-level negotiators. Summitry is most effective at the end of a diplomatic process, not the beginning.

Top photo: South Korean soldiers in the foreground facing a North Korean soldier in the distance across the border between the two countries. Located within the Joint Security Area inside the demilitarized zone, the blue buildings straddle the official border, and are used for meetings between representatives for the two nations. It's also the area where U.S. President Donald Trump and North Korean leader Kim Jong-un shook hands for a brief meeting on June 30. Photo by George Clark/Getty Images.