Israel and the West Bank offered the latest opportunity for students in The College’s School of Civic and Economic Thought and Leadership to grapple with complex political ideas.

Twelve students from Arizona State University visited the region shortly after the end of the spring 2019 semester. The trip represented a first-of-its-kind experience to explore diverse views about the Israeli-Palestinian conflict, practice service and leadership and reflect on the differences in the democracies of Israel and the United States. 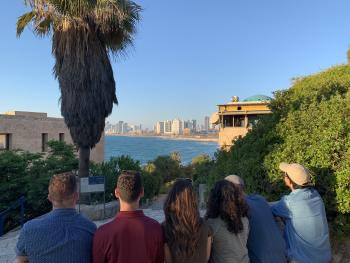 Students from the School of Civic and Economic Thought visited Israel and the West Bank this summer to explore diverse views about Israeli-Palestinian conflict, practice service and leadership and reflect on the differences in the democracies of Israel and the United States. Download Full Image

The nine-day Global Intensive Experience is part of a series of courses in the school about democracies around the world. The course provides three credits toward degrees or minors in civic and economic thought and leadership. The trip challenged the students to assess their own views about justice, democracy, conflict and leadership through a blend of readings, meetings with Israeli and Palestinian leaders and activists and immersive experiences.

"We designed the course so that American students could encounter political polarization and conflict in another liberal democracy, and reflect on our own political polarization so that they might become leaders who contribute to more constructive political and civic activity,” said Paul Carrese, director of the School of Civic and Economic Thought and Leadership. “The blending of service activities with exposure to both Israeli and Palestinian leaders seeks to reinforce a commitment to reasonable disagreement and taking practical steps to resolve competing claims about justice and rights."

Julia Jackman, a biochemistry and global health major planning to graduate in 2021, said the trip gave her an appreciation for the differences between groups in Israel. But rather than being satisfied with what she has seen, she wants to continue to learn more about the region.

“I am more curious than ever and want to hear more perspectives, more facts and more stories from the people who live through this reality every day,” she said.

Jackman also stayed in Israel after the course to undertake an internship supported by the school with the African Refugee Development Center.

This immersive course took the students and two ASU faculty to important political, economic and religious sites in Israel and the West Bank, including Tel Aviv, East and West Jerusalem, Bethlehem and Jericho.

The course readings and field components were designed to provide students with a glimpse into the democratic system of Israel and the leadership challenges for a liberal democracy immersed in conflict. Among other experiences, the group shared a Shabbat dinner in a Tel Aviv home, spoke with an imam at the Dome of the Rock/Al Aqsa Mosque in Jerusalem, interviewed politicians from across the political spectrum and met with a joint Israeli-Palestinian peace project.

The cohort also visited important sites for both Israeli and Palestinian communities including the Western Wall in Jerusalem, the barrier wall around East Jerusalem, an eighth-century Islamic palace near Jericho and Yad Vashem, Israel’s Holocaust memorial. Conversations with Jewish settlers, Palestinian community organizers, a rabbi with a background in political philosophy and soldiers in the Israeli Defense Forces added to the many narratives students were asked to consider.

Each of the School of Civic and Economic Thought and Leadership’s Global Intensive Experience courses includes a service component. For this trip, the ASU students and faculty worked with children in a Jewish-Muslim kindergarten and harvested wheat at a Palestinian farm that hosts an educational project about political rights.

After the course concluded, the students were asked to reflect on their deepened understanding of the challenges and rewards of leadership and global awareness in the 21st century, as well as the challenges of being a citizen and leader in a liberal democracy.

“This benefited my educational experience by allowing me to search for answers beyond the American context,” said Justin Heywood, a double major of civic and economic thought and leadership and political science.

“I am more convinced than ever that social connection must be incentivized and encouraged in order to find a solution to this conflict. There will be no peace without trust,” Heywood added.

The School of Civic and Economic Thought and Leadership’s Global Intensive Experiences programs are sponsored in part by the school to make them more accessible for the school’s major and minor students. Last year, students embarked on a 10-day journey to India, where they studied ways in which the nation’s religious, economic and cultural diversity impacts the world’s largest democracy. And in 2021, the school is developing a trip to South Africa to focus on democratic transition.

“I learned a tremendous amount about myself and my opinions through the many discussions and debates we had over the nine days. I was grateful to have been able to get a taste of the country and the ongoing conflict prior to spending the summer in Tel Aviv on my own,” Jackman said. “In the end, I also feel like I gained a much greater appreciation for international relations and perspectives.”

To learn more about the 250-plus study-abroad programs in more than 65 different countries offered at ASU, see the Study Abroad Office website.

During World War II, the U.S. government forced around 120,000 Japanese Americans living on the West Coast out of their homes and into 10 different family incarceration centers.Nearly 80 years later, those detainees have left a complex legacy — one that warns against racism and breakdowns in democracy, but also speaks to solidarity during times of oppression and the core of what it means to form... 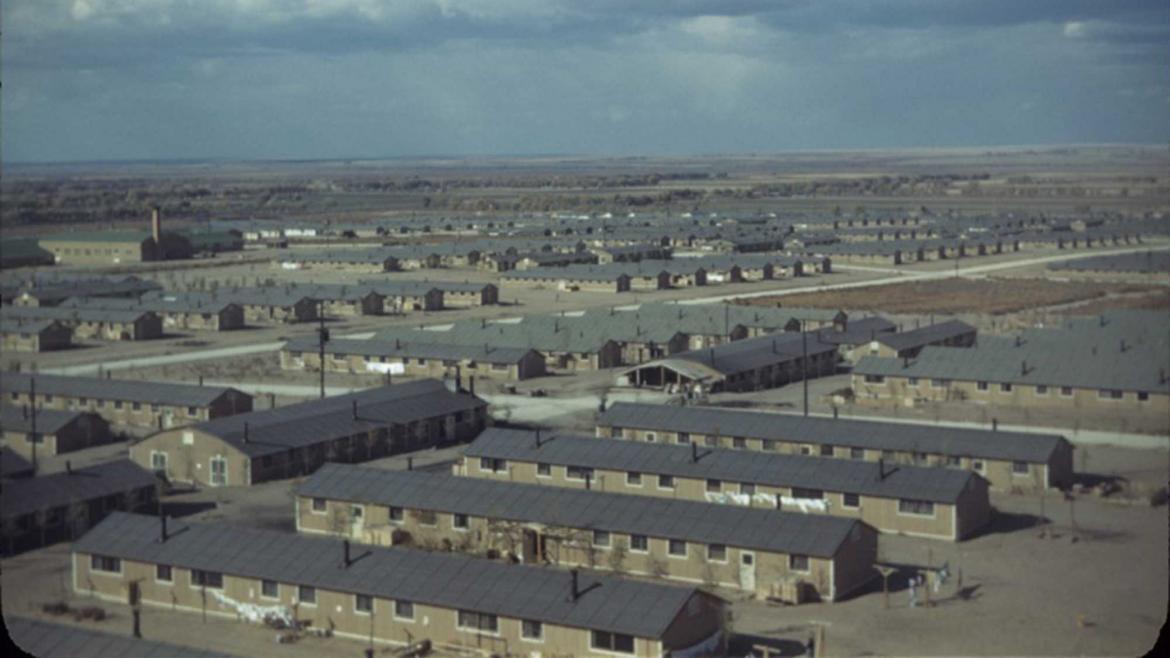 During World War II, the U.S. government forced around 120,000 Japanese Americans living on the West Coast out of their homes and into 10 different family incarceration centers.

Nearly 80 years later, those detainees have left a complex legacy — one that warns against racism and breakdowns in democracy, but also speaks to solidarity during times of oppression and the core of what it means to form a community. 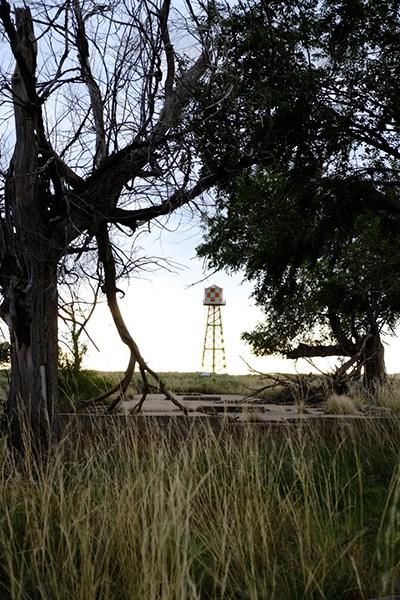 The remains of an Amache barrack foundation and a historic water tower behind. Photo courtesy of Greg Kitajima/University of Denver Amache Project

April Kamp-Whittaker, an archaeology PhD student in the School of Human Evolution and Social Change, has dedicated herself to researching this unique moment in Japanese American history and discovering the lessons it holds for us today.

She specifically focuses on the Granada Relocation Center in Colorado, which goes by the colloquial name of Camp Amache. She sees the space as a giant urban center, and it was in fact one of the largest cities in the state at the time, with a population of about 9,000.

Last spring, Kamp-Whittaker received a grant from the Philanthropic Educational Organization to further her doctoral research, which examines how people from all over the West Coast and parts of Arizona came together in these difficult circumstances to form communities and create social spaces.

To study this, she looks at both the archaeological evidence of ways that the internees customized their neighborhoods as well as archival records, such as newspapers, that document social events.

Amache was arranged into blocks that functioned much like neighborhoods, and each neighborhood had public spaces including a recreation hall. The internees used some as nursery schools or Boy Scout troop headquarters, but they also served as places for unstructured community events like art classes and dances. 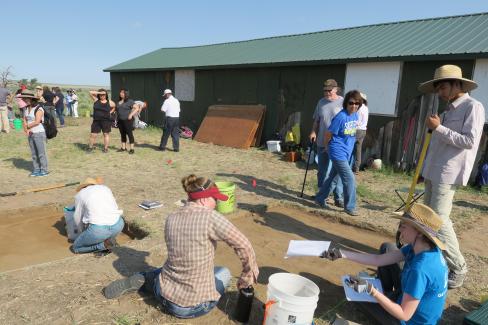 ASU archaeology PhD student April Kamp-Whittaker (center) and others excavate at a garden by a recreation hall. Photo courtesy of the University of Denver Amache Project

Kamp-Whittaker also finds archaeological evidence of sports, like a baseball field’s backstop and a sumo ring, in addition to records of basketball, football, table tennis and jujitsu. Internees built other structures as well, such as playgrounds, private and communal gardens, and even a traditional Japanese bath.

“There were both American and Japanese cultural activities going on,” she said.

A newspaper that the internees wrote and published for themselves gives Kamp-Whittaker additional context for these archaeological finds by documenting social club events and sports game outcomes. These allow her to track where events took place and who people were socializing with, re-creating the social activities at Amache.

Kamp-Whittaker is careful to emphasize that her study of community — which often has positive associations — is not meant to downplay the dark side of this moment in history. Rather, she seeks to explore the full experiences of those incarcerated.

“Incarceration is complicated to talk about because it was terrible and unconstitutional, but people also had life events there. They met their significant other and got married, they graduated from high school, they celebrated their fifth birthday,” she said. “Imagine your world was taken out of its normal context, shifted to a new context and forced to continue.”

These uniquely trying circumstances, however, created a close-knit community that still thrives today.

Multiple groups are currently involved in preserving the site and history of Amache — the researchers, the former internees, the descendants of those who were incarcerated and even a preservation organization from the local high school in Granada.

“It’s this fascinating, interwoven community of people. It’s really neat because we have one goal, and that’s to interpret and preserve this moment in history and the experiences of people,” Kamp-Whittaker said. 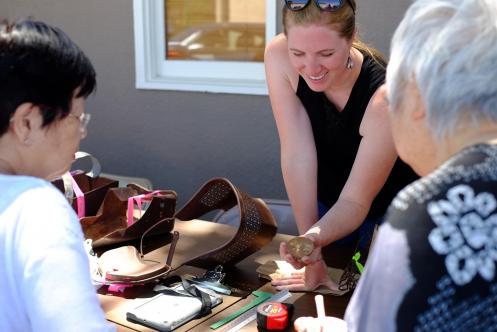 The Amache community’s involvement, however, also brings one of her project’s greatest challenges. Very few archaeologists are able to interact with people who lived at their site during the time period they study. Because Kamp-Whittaker is one of those rare cases, she has to balance the larger story of Amache with staying true to the stories of individuals.

“Recognizing and talking about their lives in a way that answers questions but honors and respects all these individual experiences is really hard,” she said.

She herself helps pass on those experiences by lending her expertise and findings to the creation of public presentations, exhibits and even K-12 curriculum.

The University of Denver Amache Project, of which her work is a part, also hosts a multigenerational archaeological field school at the site every other year. Attendees include the local high school preservation organization, an intern who is part of a program for the descendant community, college students and volunteers who are either descendants or were at Amache themselves.

Kamp-Whittaker sees her research as important on two fronts, the first being that we need to understand how communities work in order to understand ourselves.

By learning about how the people incarcerated at Amache built communal spaces on the site and interacted with each other, we gain insight into how humans make the transition from people who live near each other to people who know and care for each other.

“There’s been a running discourse about whether communities are falling apart, especially in urban centers. We don’t talk to our neighbors anymore,” she said. “Are we part of our neighborhoods and local-based communities, or are we not? Is globalization changing what a community is?”

Her research also highlights a catastrophic moment in American history that people don’t often talk about.

“When we hear a lot of the same rhetoric (that was used toward Japanese Americans during World War II) being used about immigrants and racialized and ethnic minorities in this country, it should make us want to study this history even more, because it shows how important it is to continue talking about this,” she said. “If we can build really strong communities, then we strengthen our society.”