The conference, held at the Tempe campus June 7-9, was organized and facilitated by the association's president, Souad T. Ali, who is the faculty head of Middle Eastern and classics studies, coordinator of Arabic and associate professor of Middle Eastern studies, Arabic literature and Islamic studies in ASU's School of International Letters and Cultures. Co-organizer of the conference was Abdullahi A. Gallab, associate professor in the School of Social Transformation’s African and African American studies, home of the Sudan Studies Association. 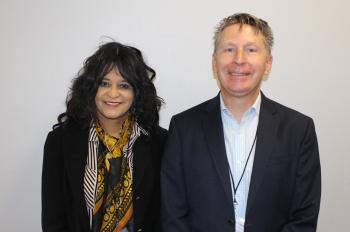 The focus of this year’s conference was twofold: Participants addressed the themes of relations and economic development between Sudan and South Sudan as well as the Sudans and their diasporas. The conference opened with welcoming remarks by Jeffrey Cohen, dean of humanities in The College of Liberal Arts and Sciences, who highlighted the importance of the humanities and The College — including the different programs it offers and the several conferences it hosts — as well as Ali’s role in bringing the conference to ASU. The assocation's 37th conference was held at Northwestern University in Illinois last year.

This year's conference featured two keynote speeches. Pamela DeLargy, professor of practice in ASU's School of Politics and Global Studies, led and facilitated “Ana Sudani (I am Sudanese): Will the Sudanese Youth be Able to Resolve the Sudan’s Age Afro-Arab Identity Issues and Create a New Nation?” Suliman Baldo, U.N. independent expert on human rights and senior policy adviser for the Enough Project, also led a keynote address on “The Economic Underpinnings of Sudan’s Militia State.”

Given the current humanitarian crisis in the Sudans, this year’s conference was especially relevant. Conference attendees participated in sessions that explored some of the root causes and possible solutions for conflict in the Sudans. Topics covered in these sessions included sustainable development, gender, migration, health, economics, politics and history.

An art gallery display by Khalid Kodi, adjunct professor at Boston College, addressed themes of Sudanese identity. A book display featured the diversity of scholarship in Sudanese studies by both Sudanese, American, European and other Sudanist authors.

The conference also looked to solutions for the future of the Sudans. One of the roundtable discussions on the final day of the conference — organized by Lako Tongun, Sudan Studies Association vice president, and led by Gallab — addressed this topic in a panel titled, “The Ties That Bind, Current Crises, and the Futures of the Sudans.”

The Sudan Studies Association is the U.S.-based professional association for scholars of Sudan and South Sudan, with members from the United States, Sudan, South Sudan, Germany, Britain, Canada and several other countries. The association was founded in 1981 in the U.S. to pursue knowledge about all aspects of life in Sudan (and now South Sudan) and to "foster closer ties among scholars in the Sudan, North America, Europe, the Middle East, and elsewhere," said Ali, who is also the founding chair of the ASU Council for Arabic and Islamic Studies.

The association seeks to promote research about the dynamics that shape Sudan and South Sudan and their relationships with neighboring countries. Conferences are held annually in North America. In addition, international conferences have in recent years been convened in Durham, England; Bergen, Norway; Peoria, South Africa; and Bonn, Germany, among others.

“We extend our thanks and appreciation to President (Michael) Crow, Provost (Mark) Searle, Deans Patrick Kenney and Jeffry Cohen, and Director Nina Berman for appreciated support that made this unique conference possible,” Ali said.

The first time the Sudan Studies Association came to ASU was in 2012, led by Gallab, and resulted in an edited volume, "The Road to the Two Sudans," co-edited by Ali and other scholars.

Carnegie-Knight News21, the multi-university, in-depth journalism collaborative based at Arizona State University’s Walter Cronkite School of Journalism and Mass Communication, has won the Student Edward R. Murrow Award for Excellence in Digital Reporting for a third consecutive year. The award brings to five the total of Student Murrow Awards the Cronkite School has won — the most of any jou... 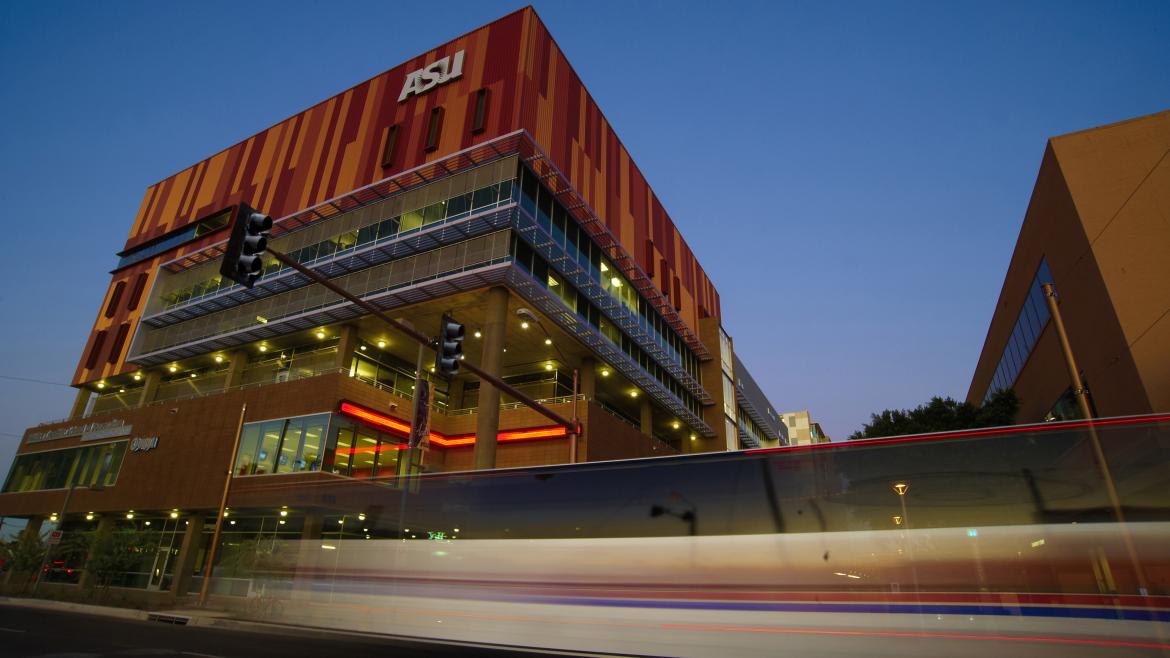 Expansive, in-depth project was produced by a team of 38 journalism students

The award brings to five the total of Student Murrow Awards the Cronkite School has won — the most of any journalism program in the country.

This year’s winning project is “Hate in America,” a package of multimedia stories focused on acts of intolerance, racism and hate crimes across the country. It also received a 2019 Robert F. Kennedy Journalism Award in the college category.

The project was reported and produced by a team of 38 journalism students from 19 universities who traveled to 36 states, including a 7,000-mile road trip around the country, conducted nearly 300 interviews and reviewed thousands of pages of court documents, FBI data and state and federal statutes. Their analysis of national crime statistics concluded that there were more than 2.4 million hate crimes committed across the U.S. between 2012 and 2016.

Portions of the project were published and aired by news organizations across the country. This year’s publishing partners included USA Today, the Center for Public Integrity, ProPublica, The Arizona Republic, The Des Moines Register, the Philadelphia Inquirer and Oregon Public Broadcasting.

The students were supported by fellowships from national foundations that include the Hearst Foundations, the John S. and James Knight Foundation, Ethics and Excellence in Journalism Foundation, and the Donald W. Reynolds Foundation, in addition to a number of individual and university sponsors.

Allie Bice, a Hearst Journalism Foundations fellow, noted that she and other students spent eight months researching, reporting and producing the “Hate in America” project.

“I like to think we channeled the qualities of Murrow in our day-to-day work ethic,” she said. “We were filled with curiosity and determination to dive deeper into this difficult subject. We grappled with incomplete FBI data and traveled across the country to interview victims and perpetrators of hate. It feels great to have our hard work pay off, but we wouldn't have been able to do any of it if it weren't for so many brave sources willing to share their stories with us.”

The 2019 winners will be recognized at the Edward R. Murrow Awards black-tie event hosted by the Radio Television Digital News Association on Oct. 24 in New York City.

The Carnegie-Knight News21 program is an initiative that brings top journalism students from across the country to the Cronkite School each year to report on an issue of national significance. Previous projects have spotlighted issues ranging from water safety and gun rights and regulations to veterans’ issues and marijuana legalization.

“I’m continually in awe of the work by young reporters in the Carnegie-Knight News21 program,” said News21 Executive Editor Jacquee Petchel. “This project on hate crimes in America was particularly challenging. The students navigated often difficult and uncomfortable situations, yet they excelled at telling great stories.”

Established in 2015 by the Radio Television Digital News Association, the Student Murrow Awards celebrate excellence in student journalism at the collegiate and high school levels. Unlike the professional Edward R. Murrow Awards, which are presented to news organizations, the Student Murrows are awarded to individuals in five categories — audio newscast, audio reporting, video newscast, video reporting and digital reporting.

2018 News21 students, their universities and their named fellowships: