Five years ago, Amanda Thart had no idea she’d be embarking on her career as an engineer in the defense industry.

When she began studies at ASU, Thart said, “I wanted to make an impact, but I had absolutely no idea how to go about it,” and the security field wasn’t even on her radar.

Her skills in math and science, and a special engineering program in high school called Project Lead the Way, led her to choose electrical engineering as a major. She found in ASU a college destination not too far away from her family but also a school that would give her the most opportunities, and she took full advantage of them.

“I was specifically drawn to ASU because there were a lot of extracurricular opportunities I wanted to get involved with, a lot of big companies were coming here looking for students and there are a lot of opportunities for undergraduate research,” she said. “I liked that."

Getting started in research early and jumping straight into to the ASU Grand Challenge Scholars Program opened door after door, especially in the security field, her chosen Grand Challenge theme.

Thart's first research project as a freshman was in Fulton Schools Assistant Professor Paulo Shakarian’s Cyber-Socio Intelligent Systems Lab. Her project involved looking at military events happening in Iraq and Syria and then identifying the causal relationship between them to predict what might happen next by using historical patterns and machine learning. The cross-disciplinary experience in Shakarian’s lab also gave her the first opportunity to be a co-author on peer-reviewed research journal articles.

In addition to internships with Raytheon and Moog Broad Reach, Thart participated in the Engineering Projects in Community Service program, known as EPICS, at ASU and was a NASA Space Grant recipient. These experiences enabled her to apply her knowledge to hands-on engineering projects.

“Actually doing engineering and being in an engineering environment is different than learning things in class,” she said. “You’re never going to know what engineering is truly like until you take the knowledge you learn in class and apply it in a real-world setting.”

She also conducted research during her undergraduate years through the Fulton Undergraduate Research Initiative and for her thesis as an honors student in Barrett, The Honors College.

Thart joined the ASU chapter of the Society of Women Engineers and was a member of the STEM sorority Phi Sigma Rho and the electrical engineering and computer science honor society Eta Kappa Nu.

Her most memorable moment at ASU was presenting at the NASA Space Grant Symposium during her junior year. Though she had been involved in undergraduate research since her freshman year, this experience was the first time she had presented her research to a crowd instead of at a poster session.

“It was specifically that moment that was significant because it felt important that I was standing there, presenting research that was backed by an organization like NASA,” she said. “It was something I never expected to do when I came to college.”

Thart’s undergraduate experience culminated with a Moeur Award, the prestigious honor given to students who earn a 4.0 GPA for all classes taken at ASU. She was especially proud of this achievement because of how challenging her classes were and it meant she had successfully pushed through the ups and downs of her engineering degree.

But her educational journey wasn’t over yet. She immediately moved into the 4+1 accelerated master’s degree program in electrical engineering. Pursuing an advanced degree was an easy decision for Thart as she always knew she wanted one — to follow in the footsteps of her mom. This spring, Thart joined more than 930 Fulton Schools graduates who earned master’s degrees.

During both her undergraduate and graduate studies, mentors such as Robin Hammond, director of the Fulton Schools Career Center, and coworkers at her internships helped her figure out what she wanted to do in her career and how to get there.

Finding a role model in Laura McGill, vice president of engineering at Raytheon, helped Thart see how she could use her engineering skills and be a leader.

“I wanted to not only focus on a technical aspect of a problem, but the problem as a whole and have a higher-level view of engineering,” Thart said. “(McGill) showed me this role was possible.”

She also started to return the favor by getting involved during her junior year as an EPICS High mentor for high school students involved in community service engineering projects, and as an Engineering Futures mentor for first-generation college freshmen. The opportunities reminded her of her own experience in the Project Lead the Way program and motivated her to help aspiring engineers discover their love for the field.

“I realized I had all this knowledge I’d gained in college that I wanted to pass on to people because I wanted to make sure they had the best chance of success,” Thart said. “I can inform freshmen how to get to their goals and how to use the tools available to them.”

Thart’s idea of success in her engineering career is to one day have a position as an engineering leader like McGill and to keep learning more about different fields of engineering and business.

She also wants to continue mentoring at ASU, especially to encourage more diversity in the field and close the gender gap she noticed as an engineer herself.

“I want to make sure I continue working with students to not only show them what engineering is, but show everyone that it could be a viable option for them,” Thart said. “I want to open the doors to engineering for more people.”

An Arizona State University professor tackled a polarizing issue in her latest research: genetically modified organisms.“We started out by asking, ‘How can consumers be persuaded to accept genetically modified foods?'" said Naomi Mandel, a professor of marketing in the W. P. Carey School of Business.“It’s a really polarizing issue. About 50% of Americans don’t think GMOs are safe and 50%... 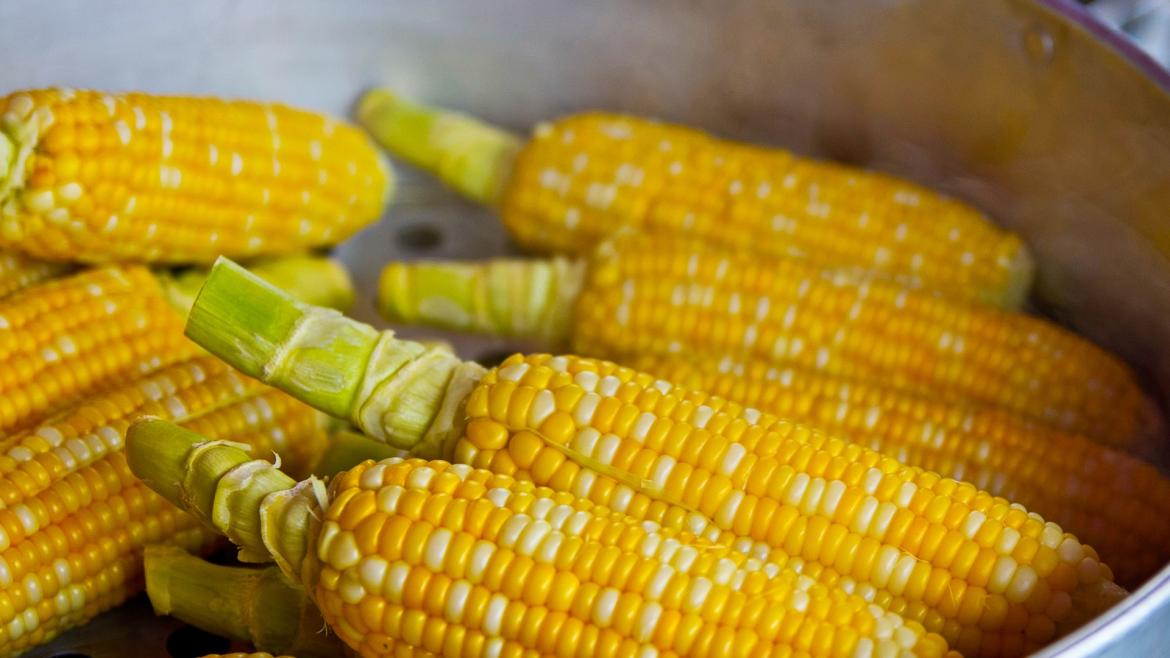 “We started out by asking, ‘How can consumers be persuaded to accept genetically modified foods?'" said Naomi Mandel, a professor of marketing in the W. P. Carey School of Business.

“It’s a really polarizing issue. About 50% of Americans don’t think GMOGenetically modified organisms: food grown from seeds that are genetically engineered in a laboratory.s are safe and 50% think they are safe.

“We wanted to look at these people who had polarized attitudes and try different messages to see which message would be the most persuasive.”

It turned out that trying to change the minds of people who strongly believe GMOs are not safe did not work.

“The message backfired,” she said. “They were less willing to accept GMOs when we told them that GMOs were safe.”

Mandel’s research was recently publishedHer co-author is Nguyen Pham, assistant professor of marketing at St. Bonaventure University. in the Journal of Public Policy and Marketing.

Genetically modified foods, first approved in the United States more than 20 years ago, have had their DNA manipulated through genetic engineering in a lab. Scientists do this to create crops that are resistant to pests or drought or to increase nutritional value. Some people object to genetically modified foods because of concerns over lack of testing, crossbreeding with nonmodified plants, the potential for toxicity and allergies or harm to the environment. 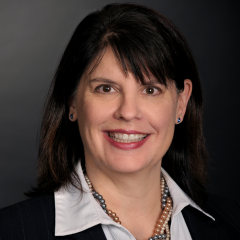 There are major players on both sides of the issue, according to Mandel’s paper. Many U.S. biotechnology companies, food manufacturers, government regulators such as the Food and Drug Administration and nonprofit groups such as the Cornell Alliance of Science support genetically modified foods. Those who don’t take a supportive stance include the European Union, the grocery chain Whole Foods and the nonprofit Greenpeace.

Mandel’s study was timely because in 2017, the FDA received a $4.5 million grant to promote agricultural biotechnology, including genetically modified foods.

In the study, Mandel and her co-author did three online surveys with a total of about 900 participants who were divided into four groups based on their attitudes toward genetically modified foods: strongly pro-GMO, weakly pro-GMO, weakly anti-GMO and strongly anti-GMO.

“We started out by giving them a safety message, something that is very typically used in messages you would see from the FDA or the USDA,” she said. The message was: “Independent researchers and international scientific agencies have found that GM foods do not pose any risks to human health and that they are as safe as those foods produced through traditional breeding.”

“People who are weak anti-GMO, who haven’t really made up their minds yet, any kind of persuasive message works. By telling that GMOs are safe, we can convince them,” she said.

But people who were strongly against GMOs were even more opposed to them after the message, proven by their stated willingness to pay more for foods made without genetically modified ingredients.

“The explanation is that people who are strongly anti-GMO have these pre-existing attitudes that GMOs are unsafe and risky, and by even bringing up the issue of safety, it activates these attitudes,” she said.

They also looked at what kind of message would persuade strongly anti-GMO consumers.

“We found that messages that emphasize the benefits of GMOs instead of safety and risk are much more effective because they don’t activate the thoughts about risk,” Mandel said.

The respondents saw an infographic that showed that genetically modified foods had a better nutritional profile, were more affordable and don’t spoil as quickly.

“Showing the benefits to consumers: Those types of messages were much more persuasive to strongly anti-GMO consumers,” she said.

“Recently I’ve become very interested in all kinds of political polarization, which seems to be a feature of the American environment right now, and what we can do to make people less polarized,” she said.

“I suspect our findings can apply to a lot of different polarizing issues. If you think of vaccinations or even abortion or immigration, I would say it’s generally better to take a back door when it comes to persuasive messages.”

She’s seen polarization play out in the vaccine issue.

“What I’ve noticed is that pro-vaccine people are very loud and calling names and telling people who are against vaccines that they’re stupid and anti-science,” she said. “That’s not going to persuade anybody.

“Probably a better way to do it is to calmly discuss the benefits.”

Mandel and her co-author said they faced backlash over their study.

“We’re starting with the assumption that GMOs are safe — the ones that have been rigorously tested and reviewed by the FDA,” she said.

“There are so many (people) who are anti-GMO, and they questioned why we would do this research.

“We had one reviewer who said GMOs are not safe and that we’re working for the dark side by persuading people to accept them,” she said.

“I don’t think it’s our role to decide whether GMOs are safe or not. As marketing researchers, we took that part for granted given that the FDA has approved them and they have a large grant to gain consumer acceptance.”