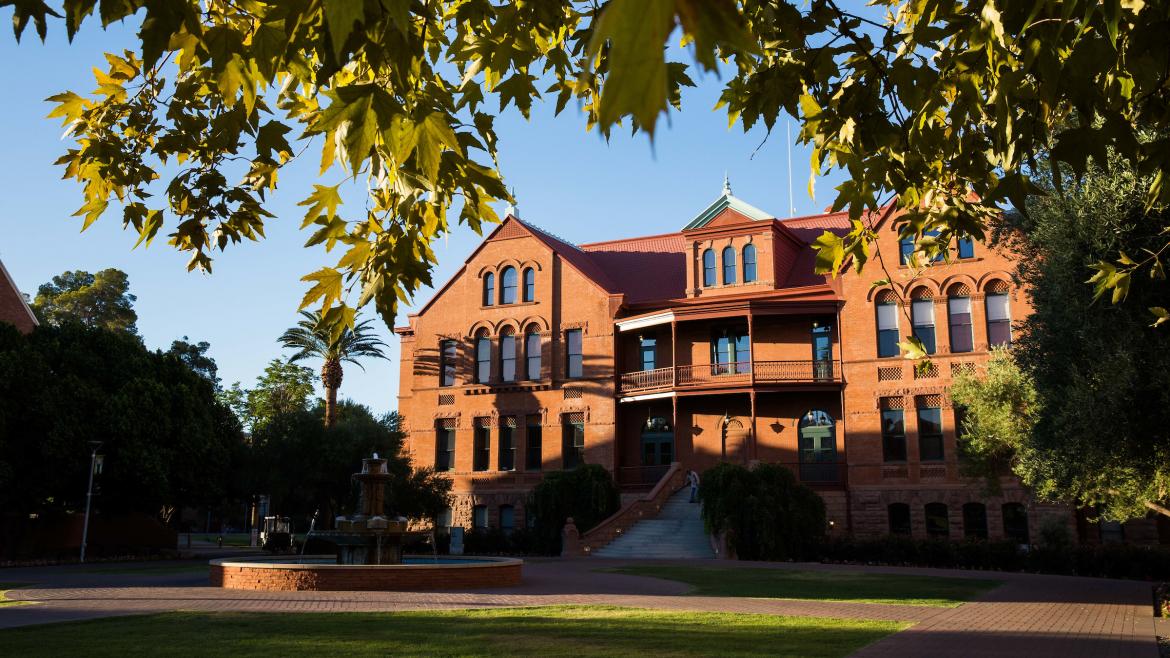 They are among more than 200 members in the 2019 class recognized for their outstanding achievements in academia, the arts, business, government and public affairs.

“With the election of these members, the academy upholds the ideals of research and scholarship, creativity and imagination, intellectual exchange and civil discourse, and the relentless pursuit of knowledge in all its forms,” AAAS President David Oxtoby said.

Buikstra is a renowned bioarcheologist and is known for forming the discipline of bioarcheology, which combines archeology with forensics, pathology, genetics and other fields to understand the lives of past peoples.

Buikstra is currently working on a number of efforts that explore the experiences of ancient humans from around the world. These include projects on the everyday lives of those who lived in Athens, Greece, during the eighth through fourth centuries B.C.; the spread of M. tuberculosis from South to North America and how it evolved as it moved between humans and other hosts; the connections between environmental change and social complexity for ancient indigenous peoples who lived along North American river systems; and how the Chiribaya culture of South America made radical social changes between 1,000 to 1,500 years ago.

“I’m especially honored to be part of a body that recognizes the significance of humanistic endeavors along with the sciences,” Buikstra said. “The AAAS election is a most welcome recognition that significant research is often broadly based and seeks to push boundaries, as is encouraged at ASU.”

Asunción Lavrin is an award-winning author and historian with more than 100 publications to her credit. She has covered the topics of gender and women’s studies in colonial and contemporary Latin America, and religion and spirituality in colonial Mexico.

Considered a pioneer in Latin American women’s history, Lavrin has studied and published extensively on women in Latin America, especially women in Mexico. Her work has significantly contributed to the historical record of Roman Catholicism in Mexico, beginning with a number of her early articles on nuns and nunneries, culminating in her 2008 monograph "Brides of Christ: Conventional Life in Colonial Mexico."

The academy was founded in 1780 by John Adams, John Hancock and others who believed the new republic should honor exceptionally accomplished individuals and engage them in advancing the public good. The Academy’s dual mission remains essentially the same 239 years later with honorees from increasingly diverse fields and with the work focused on the arts, democracy, education, global affairs and science.

The new class will be inducted at a ceremony in October in Cambridge, Massachusetts, and they will join the company of academy members elected before them, including Benjamin Franklin (elected 1781), Ralph Waldo Emerson (1864), Charles Darwin (1874), Albert Einstein (1924), Margaret Mead (1948), Martin Luther King Jr. (1966) and more recently, Michael Bloomberg (2007) and Judy Woodruff (2012).

Mikala Kass contributed to this article.

Each year, Arizona State University's Center on the Future of War supports a group of exceptional writers, scholars and thought leaders working on global security issues as ASU Future of War Fellows at New America.One of its 2019 class of fellows was recently named a winner of the prestigious Berlin Prize. Suki Kim will join 19 other scholars and artists in Berlin for a semester-long residency inv...

Each year, Arizona State University's Center on the Future of War supports a group of exceptional writers, scholars and thought leaders working on global security issues as ASU Future of War Fellows at New America.

One of its 2019 class of fellows was recently named a winner of the prestigious Berlin Prize. Suki Kim will join 19 other scholars and artists in Berlin for a semester-long residency involving public lectures, readings and networking events designed to forge transatlantic partnerships and break new transdisciplinary intellectual ground. 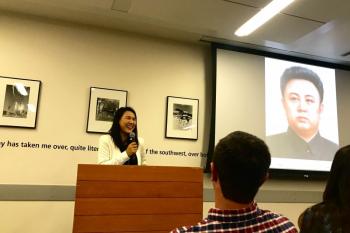 Suki Kim speaks at the Center on the Future of War’s Spring Speaker Series earlier this year. Her talk was titled “Undercover in North Korea." Download Full Image

The Berlin Prize from the American Academy in Berlin “seeks to enrich transatlantic dialogue in the arts, humanities, and public policy through the development and communication of projects of the highest scholarly merit.”

In Berlin, Kim will continue working on her book "The Portrait of Complicity," a narrative investigative nonfiction book on war and its psychological consequences as seen through North Korea’s ruling class. She visited ASU this spring, presented a public lecture, guest lectured in courses and worked over this past year with undergraduate researchers.

An author of New York Times best-seller "Without You, There Is No Us: Undercover Among the Sons of North Korean Elite," Kim is the only writer ever to have lived undercover in North Korea for immersive journalism. Her novel "The Interpreter" was the winner of PEN Open Book Award and a finalist for the PEN/Hemingway Award, and her nonfiction has appeared in Harper’s, New York Times, New York Review of Books, and New Republic,where she is a contributing editor. She has been awarded Guggenheim, Fulbright, and Open Society fellowships, and her recent TED Talk has drawn millions of viewers. Her essay on fear appears in "The Best American Essays 2018."