A toddler sat alone in the middle of a pile of toys, absorbed in stacking plastic blocks to form an unsteady tower. Over his clothing he wore a little green vest printed with cheerful monkeys. Tucked inside a pocket in the front of this special vest was a small audio device that recorded the babbling and talking sounds he made throughout the day.

As he stacked the blocks, he looked like any child focused on a favorite activity, but this boy and other children like him may hold the key to a question speech and language pathologists have for decades sought the answer to: Is it possible to prevent speech and language problems before they happen? 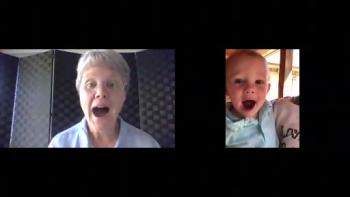 Speech and language researchers at Arizona State University's College of Health Solutions, together with collaborators at Washington State University, have received a National Institutes of Health grant of almost $1 million in the hopes of answering that question.

With this grant, they are expanding their research from a pilot study conducted over the last two years with a group of 15 children between the ages of 2 months and 24 months who were diagnosed at birth with classic galactosemia. This inherited metabolic disease causes an inability to process galactose, a sugar found in breast milk, many infant formulas, all dairy products and a few other foods. Newborns are routinely screened for this rare genetic condition at birth, and those who test positive are put on a galactose-restricted diet, yet they still carry a high risk for speech and language disorders as well as motor and cognitive delays.

Beate Peter, ASU assistant professor and principal investigator for this study, and her colleagues developed an intervention for children with classic galactosemia called Babble Boot Camp (BBC) which they used for the pilot study. Registered as an invention with ASU’s Skysong Innovations, BBC is implemented by a pediatric speech-language pathologist who meets with parents and children online once a week to teach them routines and activities that foster the communication skills seen in a typical child, such as cooing, babbling and first words.

Although the participant group was small, data from the pilot study showed substantial gains for the toddlers with classic galactosemia. The expanded study will follow 75 children and their families over the next four years. Peter discussed with ASU Now what they learned and outlined plans for the expanded study.

Question: Why are you specifically studying infants and toddlers who have classic galactosemia?

The brains of very young children are plastic and flexible, so we hypothesize that the earlier the intervention, the more effective it will be, compared to the current wait-and-see approach. In the U.S., children with classic galactosemia are diagnosed via newborn screening. While they qualify for early intervention in some states, we haven’t found an evidence-based early intervention program anywhere.

A: The intervention is done online using telepractice software and email, so participants can live anywhere in the world as long as their primary language is English. For our pilot study, the speech-language pathologist met online with the parents and children for 10 to 15 minutes per week and also received a weekly home video clip that she reviewed and discussed with the parents. Depending on the child's ability level, the parent and speech-language pathologist decided on the next goals for the child. The pathologist provided models, examples, prompts and feedback on the activities and routines for the parent to implement, making the parent their child’s therapist in the most natural way. For instance, when a child could combine two words into a simple sentence, the parent was trained to nudge their child to the next level of sentence complexity by repeating what the child said and adding a few words so that their response didn’t overwhelm the child's ability to comprehend. For example, a child might say, “Doggie bye-bye," and the parent would respond, "Yeah, that doggie is going bye-bye!"

For our fully powered clinical trial with 75 children, there will be three cohorts of 25 infants each. One group of infants with classic galactosemia will undergo the Babble Boot Camp intervention, receive close monitoring once a month using Lena, a daylong audio recording device and software, and periodic parent questionnaires that measure cognitive, motor and communication development as well as parent and child quality of life. A second group of 25 infants with classic galactosemia will receive only the close monitoring components. The third group will be typical infants who will also receive only close monitoring.

When the children turn 2, local speech pathologists will test the children's speech and language development using standardized tests. This testing will be repeated when the children turn 3 and 4. Before all of that testing, however, we will perform a statistical analysis at the 18-month mark to find out whether the treated and untreated children with classic galactosemia differ significantly in their speech and language skills. If we find that the treated children are doing significantly better than the children in the untreated control group, it would be unethical to continue the control group, and the control children would be moved into the treatment group immediately.

Q: What is your main goal with this project?

A: Several years ago, I met a family with three children, all struggling with severe speech and language issues, and all needing speech, language, occupational and physical therapy. The mom told me how hard it was to deal with all these special needs and how overwhelmed she and her husband felt. I have never forgotten that family and others like them. I have always thought that there must be a better way to provide intervention, a proactive approach that lessens the effects of genetic risks.

If we prove that prevention is more effective than the traditional model of clinical management, my hope is that all infants with a newborn diagnosis of classic galactosemia will soon qualify for an intervention like the Babble Boot Camp, and, by extension, other children with a predictable risk of speech and language delays will, too.

The Arizona State University School of Music in the Herberger Institute for Design and the Arts will welcome Matthew Fiorentino as assistant professor of music education in August 2019.“We are thrilled to have attracted Matthew Fiorentino to our faculty at this important time in the history of the school,” said Heather Landes, director of the school. “Mr. Fiorentino’s research interests in...

The Arizona State University School of Music in the Herberger Institute for Design and the Arts will welcome Matthew Fiorentino as assistant professor of music education in August 2019.

“We are thrilled to have attracted Matthew Fiorentino to our faculty at this important time in the history of the school,” said Heather Landes, director of the school. “Mr. Fiorentino’s research interests in diversity, social justice including issues related to race and sexual identity, teacher preparation, and his expertise in string pedagogy complement our diverse offerings and will contribute greatly to the music education program.” 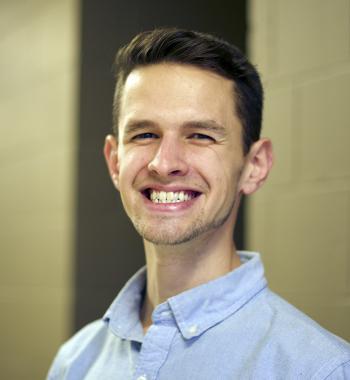 Fiorentino said his inspiration to become a teacher came from his high school orchestra teacher, who helped him through personal difficulties by recognizing and building on his strengths. As a public school teacher and a music teacher educator, he said kindness is important when teaching students how to develop tools of critical inquiry to help them understand themselves, other students, schooling and music education.

“My experience across multiple educational settings provides me with an excellent platform from which to work with developing educators,” Fiorentino said. “Engaging undergraduate students in conversations about planning, instruction and curriculum in music teaching is as exciting to me as refining approaches to research and theoretical frameworks with master's and doctoral students. I am dedicated to supporting the development of preservice music educators and the well-being of music students of color and other underrepresented identities through my ongoing projects and publications.”

His teaching experience includes the University of Illinois and high school and elementary strings, concert band, general music, guitar, music theory and music history as well as conduct and clinic orchestras throughout the Midwest.

“One of the most exciting aspects of Arizona State University’s music education program is the incredible faculty and their research,” Fiorentino said. “The music education faculty continues to produce thoughtful and meaningful work that is highly relevant to contemporary issues in our field, and I am excited for the opportunity to join a team focused on innovation and engaged in working with their community.”