What schools do Arizona’s highest-achieving high school seniors have their eyes on? Harvard? Yale? Princeton?

None of the above, and a little closer to home.

Twenty of Arizona’s best secondary school students have been named 2019 Flinn Scholars, and each will receive scholarships valued at more than $122,000 to one of the state’s three public research universities, the Flinn Foundation announced Friday.

And a majority of those scholars — 11 in all — are choosing ASUOf the 20 new Flinn Scholars, the breakdown is: 11 for ASU, 8 for UofA and one for NAU. over the University of Arizona and Northern Arizona University.

“I could have gone to Fordham, Harvard or Stanford, but I would have never been able to have the amazing opportunities that will be offered to me at ASU,” said Amanda Schuerman, a senior at Gilbert Classical Academy. “I also chose ASU because of the variety of extracurricular activities, and it’s the university that will best prepare me for the career I want to pursue.”

“Taking the Flinn Scholarship was the best decision for me.” 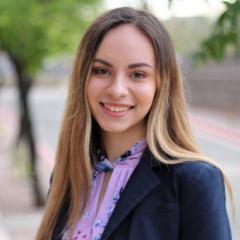 Schuerman is a member of the 34th class of Flinn Scholars to receive a merit-based award. Recipients will receive a full scholarship that covers the cost of eight semesters of tuition, fees, housing and meals and provides funding for at least two study abroad experiences, as well as a three-week seminar in China and a weeklong retreat in Sedona before the start of the 2019 fall semester, plus additional benefits.

The 2019 class named a variety of areas of study in their applications, including Mandarin, biochemistry, psychology, economics, mechanical and environmental engineering, mathematics, nursing, agribusiness, philosophy, biomedical science and computer science.

The Flinn Scholars Program, supported by the Phoenix-based Flinn Foundation in partnership with the universities, selected the scholars from a record-high 894 applications, or an award rate of 2.2%. The typical Flinn Scholar achieves at least a 3.5 grade-point average, ranks in the top 5% of his or her class and demonstrates exceptional leadership in extracurricular activities.

The years of hard work were worth it, said Schuerman, who usually awoke each morning at 3:30 a.m. to maintain her 4.0 grade-point average.

“It was a challenge in the beginning to find a balance between school, work and everything outside of school,” said Schuerman, who is planning on joining Activism for Our Lives @ ASU, a civics group her friend recently founded.

Five high schools are celebrating their first Flinn Scholar in 2019, including Maricopa High School — thanks to the efforts of senior Chandler Chang. He contemplated studying mathematics and chemical engineering at Stanford University, but the scholarship and its additional perks instantly changed his mind. 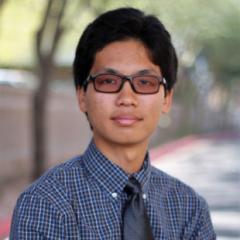 “Financial stability is great, but now I have resources, the people, the connections and everything I need to connect with the professional world,” said Chang, who wants to join an ASU Academic Bowl team and possibly the Sun Devil Marching Band when he gets to the university. “This is a one-of-a-kind scholarship that gives you access to world-class professors. … I’m so happy.”

Despite some promising innings from a pair of freshman arms seeing their first significant action of the season, the Sun Devil offense was unable to find the timely hit in a 6-3 loss in the series finale at Utah on Saturday afternoon. ... Despite some promising innings from a pair of freshman arms seeing their first significant action of the season, the Sun Devil offense was unable to find the timely hit in a 6-3 loss in the series finale at Utah on Saturday afternoon.