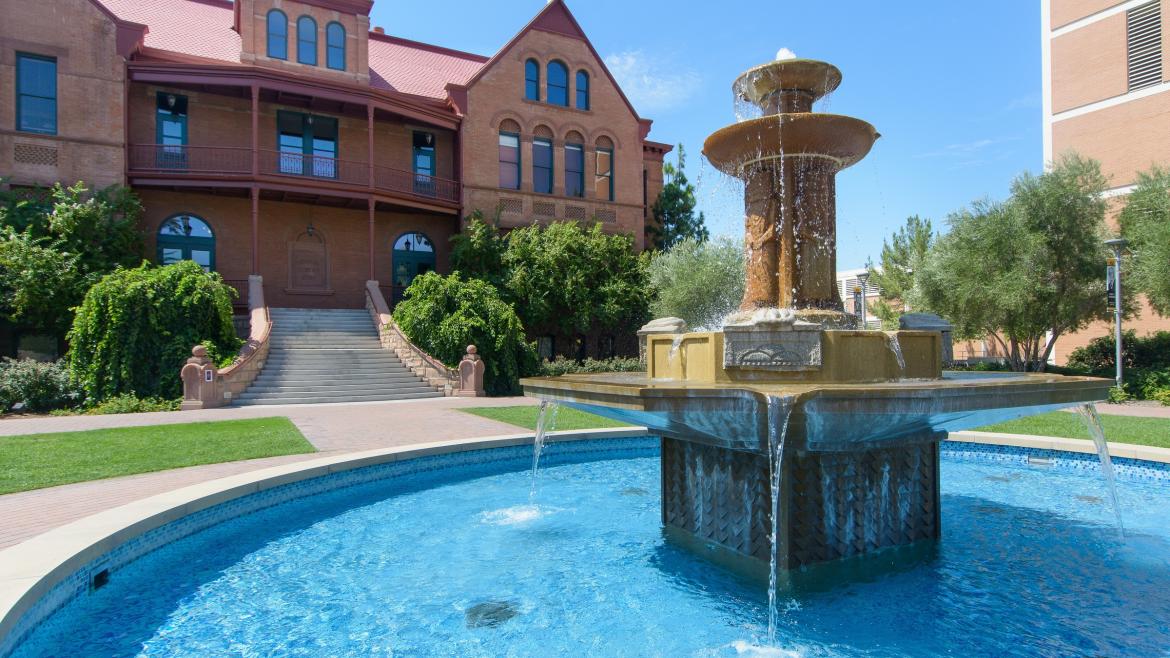 Arizona State University alumnus Dan Shilling considers himself a good example of somebody whose life was changed by the humanities.

A self-described “straight-C” high school student who coasted disinterestedly through “Romeo and Juliet” lessons, Shilling finally awoke to the value literature had to offer when a copy of John Updike’s “Rabbit, Run” was air-dropped to his platoon in Vietnam.

“I went, ‘Holy mackerel,’ and I started to think about larger situations and started to see (how the humanities) open windows to seeing how other people experience issues, problems and challenges,” he said.

Years later, after receiving his doctorate in English from ASU and serving as director of the Arizona Humanities council, they named their public scholars award after him, in recognition of his leadership in the field and his commitment to enhancing public understanding of the role the humanities play in transforming lives and strengthening communities.

For the same reason, this year, the council has named ASU professors Joan McGregor and Natalie Diaz as recipients of the Dan Shilling Public Humanities Scholars Awards. A ceremony to celebrate the honor took place April 14 at the Mesa Arts Center.

“What’s nice about having two faculty recognized at once for an award named after an alumnus is that it shows we are doing some of the best work out there in the interdisciplinary humanities,” said Dean of Humanities Jeffrey Cohen. “They (McGregor and Diaz) are both absolutely stellar teachers and incredibly creative leaders at the university.”

McGregor began her career as an academic with a focus on legal philosophy and applied ethics, frequently teaching courses on bioethics and environmental ethics. From there, she became interested in climate justice, which eventually segued into a focus on food systems.

“It’s hard to get people worked up about the climate but when we start thinking about the effects on food systems, people are more likely to get engaged,” she said. “The deeper I got into it, I saw that food is just a huge issue with an array of ethical issues connected to it.”

It encompasses everything from food insecurity to food quality to farmworkers’ rights to food production’s impact on climate change.

Currently, McGregor is working on a project to map areas of food insecurity in Maricopa County, where she said 1 in 4 children are food insecure. Related to that, she’s also on the board of Slow Food Phoenix, where she and others are working to introduce school gardens and lunchroom chefs who can both prepare and teach students about healthy food.

Dinner 2040 and Just FoodJust Food is a multi-year, transdisciplinary project designed to research moral and cultural questions related to modern food production and consumption, including the consideration of the unintended consequences of the practices and technologies that we develop in our food systems are other projects McGregor has initiated to engage the public in thinking about the kind of food systems they want to see in the future.

This summer, she will give a talk in Switzerland about the harm that is done to the dignity of people who are at the mercy of unjust food systems. In previous years, McGregor has directed three National Endowment for the Humanities summer institutes on food sustainability, including one for which she partnered with Shilling, called “Fierce Green Fire: Aldo Leopold and the Foundations of the Land Ethic,” that acknowledged the 100th anniversary of the American environmentalist’s arrival in Arizona.

The pair later collaborated on a book, “Traditional Ecological Knowledge: Learning from Indigenous Practices for Environmental Sustainability,” inspired by Leopold’s belief that societies should aspire to live in concert with the environments that surround them.

“I’m pushing that food is a humanities problem because it deals with human culture, history and meaning,” McGregor said. “Food defines our lives, give us pleasure; we have memories around meals we’ve had with family and friends.

“I think by framing it as a science problem, you miss out on all these other dimensions to food. So that’s one of the things I’ve been trying to champion, that we need humanists in that space, particularly when we look at problems with current food systems, but also when we look at where we want to go.” 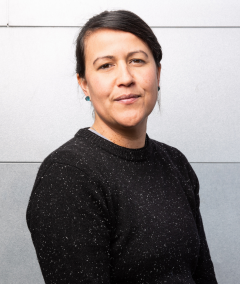 Fellow award recipient and freshly minted MacArthur “genius” Diaz is best known for her poetry that draws on her experiences as a Mojave woman, blending the personal, political and cultural to challenge the mythological and cultural touchstones underlying American society.

A former basketball player who reached the NCAA Final Four as a freshman at Old Dominion University in Prescott and later played professional basketball in Europe and Asia, Diaz described her arrival to poetry as “a little bit unorthodox” in a video released by the MacArthur Foundation last October.

“I was always an athlete, and so for me poetry is one way I center myself in my body,” she continued. “The way that happens is, I really believe in the physical power of poetry, of language. Where we come from, we say language has an energy, and I feel that it is a very physical energy. I believe in that exchange, and to me it's very similar to what I did on a basketball court."

Diaz, who identifies as indigenous, Latinx and as a queer woman, has lately been dabbling in work concerning the importance of water, which reflects her strong affinity for environmental and humanitarian issues. In 2017, she wrote, curated and led an exhibit at the Whitney Museum of American Art in New York City titled “Words for Water: Stories and Songs of Strength by Native Women” that featured a collective of indigenous female poets, writers and musicians exploring the power of language, story and song in the fight for environmental and cultural justice.

As the founder of archiTEXTS, Diaz oversees events and programming that facilitate conversations and collaborations between people who value poetry, literature and story, such as the November 2017 event “Legacies: A Conversation with Sandra Cisneros, Rita Dove and Joy Harjo,” in which the authors discussed their personal journeys through the American literary landscape.

Last September, two of Diaz's poems — “American Arithmetic” and “Cranes, Mafiosos, and a Polaroid Camera” — were featured at Motionpoems in Phoenix, an event showcasing a collection of short films based on poems. Both poems will be part of her second book, “Post Colonial Love Poem,” which will be available in 2020.

The United States and the Soviet Union clashed on many fronts during the Cold War, and music was one of them. An Arizona State University professor who’s an expert on the music of that time period says it’s a window into how the two superpowers tried to influence the arts."It allows us to see what happens when music is treated seriously as something that can shape people’s ideas and attitud...

The United States and the Soviet Union clashed on many fronts during the Cold War, and music was one of them.

An Arizona State University professor who’s an expert on the music of that time period says it’s a window into how the two superpowers tried to influence the arts. 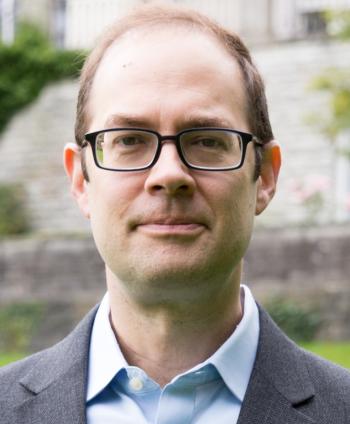 "It allows us to see what happens when music is treated seriously as something that can shape people’s ideas and attitudes,” said Peter Schmelz, an associate professor of musicology in the School of Music at ASU and faculty affiliate of The Melikian Center for Russian, Eurasian and East European Studies.

Schmelz’s research has received a huge boost: He was awarded a prestigious Guggenheim Fellowship on Wednesday, which will allow him time to concentrate on research and writing.

“We’re still living with the fallout of the Cold War, which is becoming clearer with every passing day, and it’s useful to understand the meaning constructed from the music from that period,” said Schmelz, part of the Herberger Institute for Design and the Arts.

During the Cold War, roughly from the end of World War II to the fall of communism in Europe in 1990, the two countries had contrasting trends in music.

“In America, the trend was for difficult, dissonant music that was hard to listen to, while in the Soviet Union, the music was much more hummable and accessible to a broad audience, because it was designed to be,” he said.

“That clear opposition I find interesting.”

Schmelz will use the fellowship to complete a book he started two years ago, under a previous fellowship, about unofficial exchanges of scores and recordings from people in the Soviet Union to producers and concert promoters in West Germany during the Cold War. He recently visited Ukraine to interview the composer Valentin Silvestrov, whose career was taking off in the 1960s.

“It’s a tragic story because people like him really paid a heavy price for getting involved with other countries at that time. And for listening to music they weren’t technically allowed to listen to,” he said.

“He was kicked out of the union of composers in Ukraine, which was big deal because he couldn’t get paid. He dropped off the map and had to live off family members, and only in the 1990s did record companies start turning their attention back to him,” said Schmelz, author of the 2009 book, “Such Freedom, If Only Musical: Unofficial Soviet Music during the Thaw.”

“I call it an ‘intimate history’ because I’m interested in the personalities and how individual lives were affected by the larger musical trends of the time,” he said.

The John Simon Guggenheim Memorial Foundation awarded 168 fellowships this year to scholars, artists and scientists out of nearly 3,000 applicants. Schmelz is ASU’s 33rd Guggenheim Fellow. Matthew Delmont, the former director of the School of Historical, Philosophical and Religious Studies at ASU who is now a professor at Dartmouth University, won a fellowship in 2017.

Jennifer H. Fewell, a President's Professor in the School of Life Sciences and co-founder and co-director of the Center for Social Dynamics and Complexity, won in 2009.

ASU alumni have won fellowships in recent years: Kent Lightfoot, a professor at the University of California, Berkeley who received his PhD from ASU, won in 2014, and Lilla LoCurto, a New York-based artist who received a BFA in sculpture, and journalism graduate Adam Johnson both won in 2013.

Correction: An earlier version of this story incorrectly stated that Schmelz was the first faculty member from the Herberger Institute for Design and the Arts to win the award. In fact, Regents' Professor Mark Klett in the School of Art was awarded a Guggenheim Fellowship in 2004, and School of Art Lecturer Betsy Schneider received one in 2011. We regret the error.