From guitarist to graduate student

If you had asked Patrick Brooks 15 years ago where he would be today, he never would have said he'd be a philosopher.

But Brooks graduated from the School of Historical, Philosophical and Religious Studies at Arizona State University in 2016 with his bachelor’s degree in philosophy and continues his studies on the subject today. Getting to where he is now has taken him down a few paths. 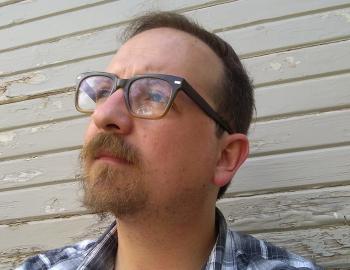 “I started undergrad at a small liberal arts college in Ohio in 2004 but dropped out in 2007,” Brooks said. “When I first started college, I was a biochemistry major. I took an intro to philosophy course to fulfill a general education requirement and fell in love with philosophy. I found myself spending more and more time reading philosophy and less and less time reading chemistry and biology.”

After taking a step back from his studies in 2007, Brooks took a job in oil and gas for five years. He then left the industry and moved to Austin, Texas, where he played music for a living. While in Texas, he played guitar and wrote and recorded his music until he decided to leave Austin to join the oil and gas industry once more.

“I quickly realized it was a step backwards for me,” Brooks said. “That realization led me to enroll in Arizona State University’s online program. I got laid off from oil and gas shortly after I started at ASU, but that was alright because ASU had just partnered with Starbucks. So I became a barista while I finished my degree online.”

When it came time to go back to school, Brooks says the obvious choice was to finish his degree in philosophy.

“My time at SHPRSSchool of Historical, Philosophical and Religious Studies was fantastic,” he said. “The philosophy program at ASU really is a great one. The faculty with whom I took courses are all excellent. I'm glad to have worked with them.”

Brooks notes the defining moment in his academic career to be his choice to go back to school after taking 11 years off. It must have been a long enough break, because he didn’t stop his education after he graduated from ASU.

He enrolled in Texas Tech University’s terminal MA in philosophy program. There, he was able to receive full funding for his degree by becoming a teaching assistant.

In the midst of finishing his master’s degree, Brooks found time to apply to PhD programs across the country including Northwestern; University of California, Davis; University of North Carolina; University of Texas and the University of Southern California, among others. Out of these schools, Brooks was admitted into every program and offered full funding.

“I’m over the moon at having been accepted to so many great programs, and I’m especially pleased to have been admitted at USC,” Brooks said. “It’s a bit wild, really. I had this plan of finishing my degree, getting an MA, and then going to a top 10 PhD program. Somehow, this plan has worked out. How often does that happen?”

Brooks points to time management being the most helpful skill he gained while studying for his bachelor’s degree as he moves forward in academia. 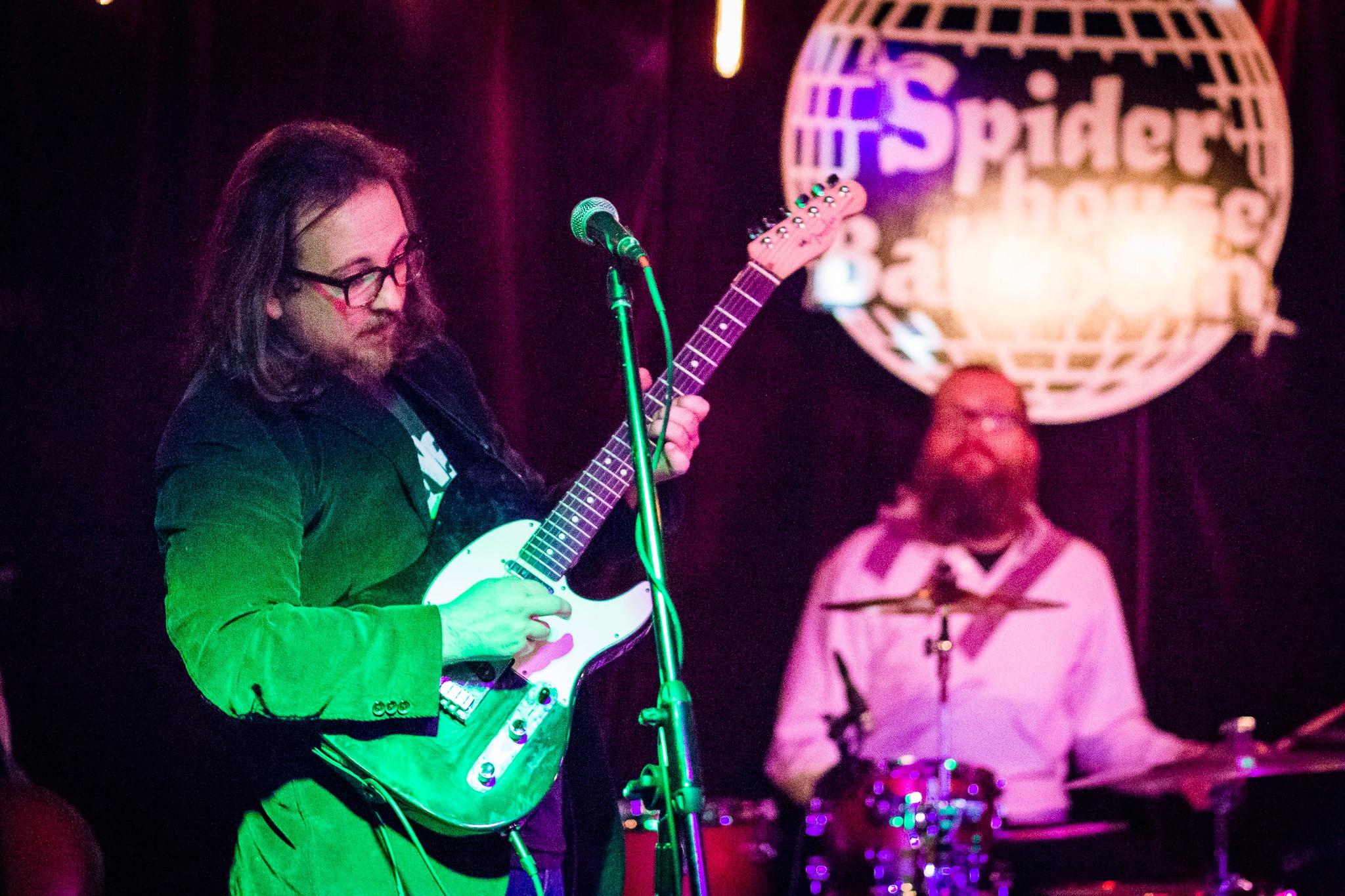 “All of the online courses are condensed,” Brooks said. “I was also working about 30 hours a week. It was imperative to make a schedule and stick to it. This has been a tremendous help in my graduate studies.”

As a soon-to-be PhD candidate, he will have to use those skills to get through the rest of his schooling, but as someone who has been a student for a while, now, he had this to say:

“Chances are, you’re not going to be the smartest person in the room. That’s largely out of your control, but you do have control over how hard you work. You should do everything you can to ensure that you are the hardest working person in the room.”

In Mexico City, ASU thinks about the future

When we think about self-driving cars, we don’t usually think about organ donation. But, as Anne Hobson and Ian Adams argued in a 2016 article published in Slate’s Future Tense— a partnership between the magazine, Arizona State University, and the New America Foundation — we should. About 20% of donated organs come as a result of traffic-related deaths, which tragically claimed more ... In Mexico City, ASU thinks about the future

When we think about self-driving cars, we don’t usually think about organ donation. But, as Anne Hobson and Ian Adams argued in a 2016 article published in Slate’s Future Tense— a partnership between the magazine, Arizona State University, and the New America Foundation — we should.

About 20% of donated organs come as a result of traffic-related deaths, which tragically claimed more than 34,000 lives in the U.S. in 2017. Self-driving cars promise to reduce that number by taking human error off the road. But as we work to ensure that self-driving technology reaches its goal of saving human lives, we also need to think about solutions to the less obvious consequences that technology’s success may leave behind — such as a reduction in donor organs.

Asking about the less obvious consequences of technology is one of Torie Bosch’s rules for thinking about the future, which she shared with an audience in Mexico City last week. Bosch is the editor of Future Tense and an editor-in-residence and lecturer at ASU’s Walter Cronkite School of Journalism and Mass Communication. She was joined by Pablo Duarte, an editor of the prestigious Mexican magazine Letras Libres, and Alejandro Pisanty, a professor of chemistry at the Universidad Nacional Autónoma de México who is one of the foremost authorities on the Mexican internet. Letras Libres is a partner of Future Tense, publishing its content in translation for its readers in Mexico, Spain and across Latin America.

The event, titled “How to Think About the Future in the Present,” forms part of a series of events hosted by ASU’s Convergence Lab, an initiative that brings together thinkers from ASU and Mexico to explore challenges and opportunities shared across the border.

“Mexico is a great place to be if you care about the future, the present and the past,” Pisanty said, echoing the Mexican writer Carlos Fuentes’ saying that Mexico is a place where all times co-exist.

Both Pisanty and Bosch urged the need to strike a balance between optimism and pessimism about emerging technologies — the kind of balance that allows you to ask the right questions.

Pisanty, who has extensively studied the internet and information security, said that when the internet first started becoming widely used, he and other researchers were “too optimistic about online behavior.” Now, he’s working on creating frameworks to understand that behavior, especially as it moves between online and offline.

Bosch’s other rules include admonitions against making predictions about specific technologies or believing that technology can fix human problems by itself.

Bosch has used these rules in over close to eight years of editing Future Tense, since its founding in 2011. In that time, and through the support of ASU, Slate and New America, Future Tense has explored how emerging technologies will change the way we live through published commentary and its own public events.

The project’s effects have rippled far beyond ASU: About 25% of Future Tense’s readership on Slate (which was founded in early internet days by Bill Gates) comes from outside the U.S. And in addition to Letras Libres, Future Tense is also partnered with publications in Brazil and the United Arab Emirates that translate its articles into Portuguese and Arabic.

The idea is that if — across borders and languages — we all think about the future together, we’ll be able to construct a better one.

Although, Bosch said, there is one problem with thinking about the future.

Top photo: ASU hosts an event on technology and the future in Mexico City on Thursday, April 4. The event featured a presentation by Torie Bosch, the editor of Future Tense, a collaboration between ASU, Slate Magazine and the New America Foundation that explores how emerging technologies will change the way we live.