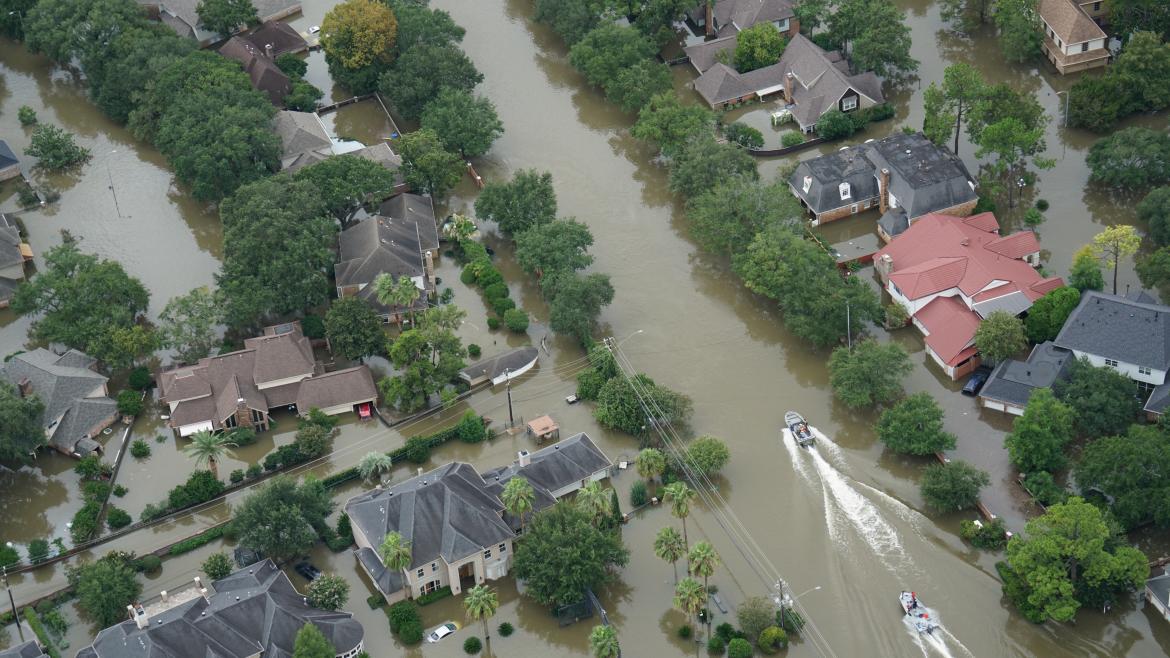 Hurricane Harvey made landfall on Aug. 25, 2017, then stalled over Texas for three days as a tropical storm. The Category 4 storm claimed 80 lives, displaced multitudes of people and damaged more than 80,000 homes.

Arizona State University researcher Manoochehr Shirzaei of the School of Earth and Space Exploration and former graduate student and lead author Megan Miller (now a postdoctoral researcher at the Jet Propulsion Laboratory, California Institute of Technology) used satellite data to map the Houston-Galveston area impacted by Hurricane Harvey to understand why the flooding was so severe and widespread. The results of their study have been recently published in the journal Remote Sensing of Environment.

For their study, Miller and Shirzaei mapped the Eastern Texas area of Houston-Galveston impacted by Hurricane Harvey using satellite radar data collected from the European Space Agency’s Sentinel-1 A/B satellites and Japan Aerospace Exploration Agency’s Advanced Land Observing Satellite. From this data, Miller and Shirzaei then compiled a snapshot of the extent of standing water in the area following the hurricane.

They also measured land subsidence (how much the land surface moves downward) for the area before the storm using space-borne Interferometric Synthetic Aperture Radar, a radar technique used to generate maps of surface deformation using differences in the phase of the waves returning to the satellite. The technique can measure millimeter-scale changes in deformation over spans of days to years.

“Earth-orbiting radar satellites provide us with an opportunity to map areas when other techniques fail due to cloud coverage and lack of ground access to the area of the disaster,” Miller said.

Through this analysis, they found land subsidence in the Houston-Galveston area of more than 0.19 inches (5 millimeters) per year in 85% of the flooded area. The likely causes of subsidence include compaction of sediments, groundwater extraction and hydrocarbon production. 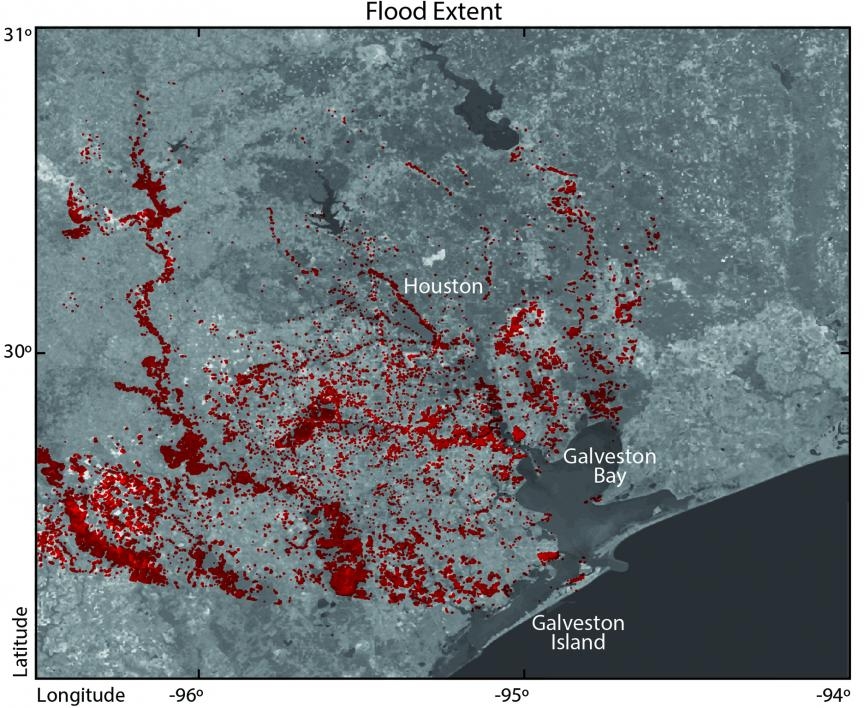 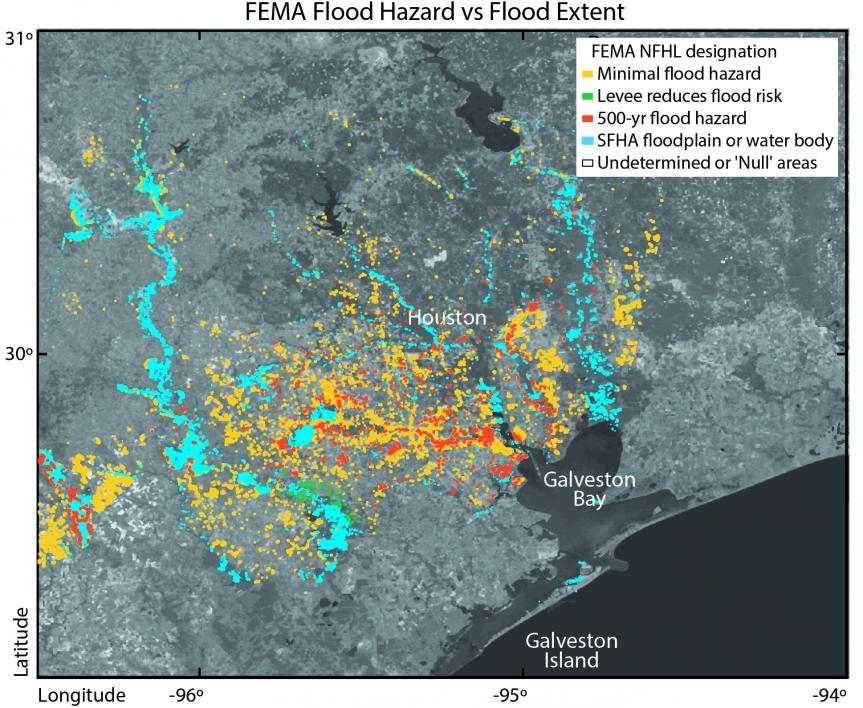 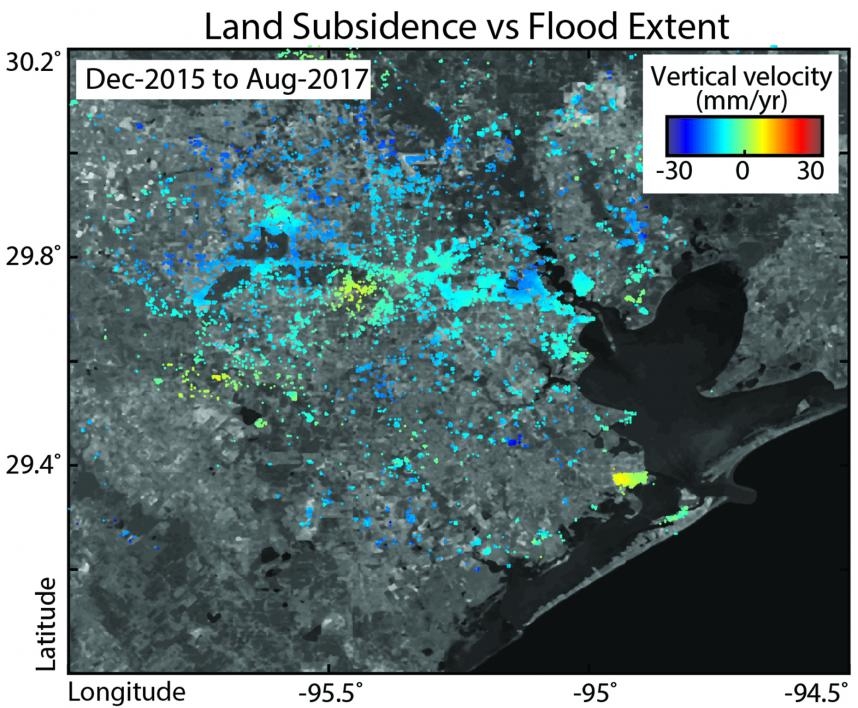 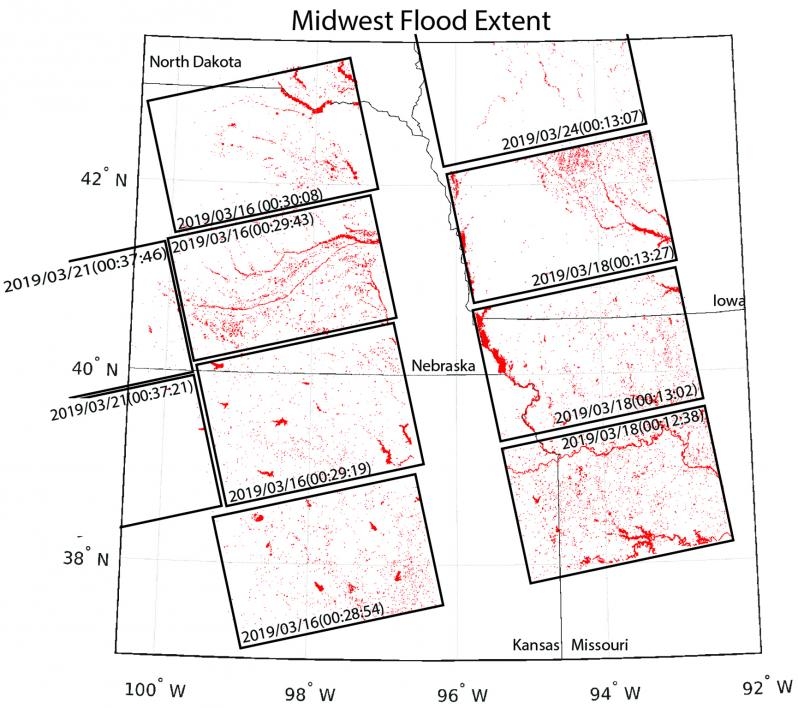 “In an era of climate change, weather extremes are becoming more frequent and intense,” Shirzaei added. “The combination of extreme rainfall and ground conditions are causing unprecedented flood events not only in coastal areas like Houston-Galveston, but also in Midwestern states where farmers have experienced damage to livestock and agriculture, stretching from Illinois to Louisiana.”

While risk classification maps used by FEMA provide flood hazard data, this study shows that land elevation and slope are changing rapidly and these maps may need to be updated more frequently to account for such changes.

“The lessons learned from the floods following Hurricane Harvey highlight the major shortcomings of current flood resilience plans,” Shirzaei said. “We encourage stakeholders and regulators to use these findings to update hazard maps and improve flood resiliency plans accordingly to decide what precautionary measures are needed for their communities.”

On the horizon, Shirzaei and his research team are using the same satellite data techniques used in this study to focus on the spring 2019 flooding that has devastated the Midwestern states. They will be looking specifically at the impact of flooding on agriculture crop health and the local population. They hope to be able to provide recommendations on updating maps and resiliency plans to help these areas in the future. 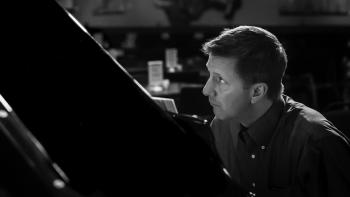 “I rarely program with any theme in mind,” Kocour said. “Instead, I try to come up with a varied program of tunes just as I would in a live performance. The tunes I choose are ones that intrigue and challenge me in some way.”

Downbeat Magazine’s review by Ed Enright describes Kocour as bringing “formidable technique and exquisite touch” to his songs. “Kocour not only nails all the changes of these old, familiar tunes; he crafts well-anchored structures out of them.”

In addition to seven prior CD releases, Kocour has composed and arranged pieces for big band, little big band, jazz sextet, saxophone ensembles and orchestra. His first solo CD, “Wherever You Go, There You Are,” was released in 2004 and an ensemble release of jazz and original compositions in 2006, “Speaking in Tongues,” included some solo piano tracks.

Kocour is a jazz pianist, organist and composer whose career spans more than three decades. He is also a director of The Nash’s signature Nash Legacy Ensembles, an auditioned group of talented high school jazz musicians from the Phoenix area who explore jazz styles, composition and arranging, improvisation and small-group performances.