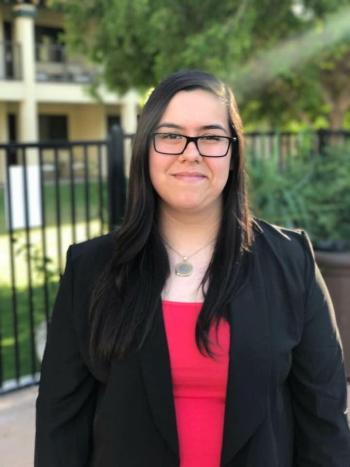 This coming football season, the Arizona Cardinals will take social media breaks every 20 minutes during meetings. While Head Coach Kliff Kingsbury’s decision might seem counterproductive — at least according to the reaction of sports commentators — scientists who study attention laud it as a step in the right direction.Arizona State University’s Matt Robison, a postdoctoral scholar in the...

This coming football season, the Arizona Cardinals will take social media breaks every 20 minutes during meetings. While Head Coach Kliff Kingsbury’s decision might seem counterproductive — at least according to the reaction of sports commentators — scientists who study attention laud it as a step in the right direction.

Arizona State University’s Matt Robison, a postdoctoral scholar in the Memory and Attention Control Lab is an expert on sustained attention. 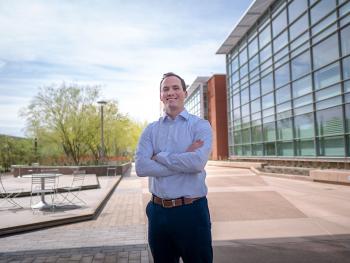 “Whenever you ask someone to do a task for a long period of time, their performance tends to suffer the longer that they spend on that task,” Robison said. “Meetings are a perfect example.”

The prefrontal cortex — the part of the brain behind the forehead — is thought to be responsible for the ability to focus and pay attention. But, a tiny brain area called the locus coeruleus, or LC for short, works with the prefrontal cortex and plays an important role in how people pay attention. The LC is located deep in the brainstem and is only about a centimeter in size. Neurons in the LC release norepinephrine throughout the entire brain, which contributes to how alert and attentive people are.

Robison wants to know how the LC contributes to sustained attention. He is testing how the LC might interact with brain areas and networks of brain areas involved in attention. To do this, Robison uses electroencephalography (EEG) to measure the brain’s electrical activity from regions like the prefrontal cortex. He tracks where people look and the size of their pupil as an indirect way to track what the LC is doing when people pay attention or become distracted.

When people participate in a task that requires a high level of attention, Robison finds the EEG and pupil size signals degrade as time passes, which suggest the LC might not be connecting well with the prefrontal cortex and other brain attention networks. When Robison sets up experiments designed to create mental fatigue, people report feeling less alert and less motivated to keep paying attention. But when people can take breaks, Robison finds their performance on the task recovers quickly, and so do the EEG and pupil size signals.

“There are published studies suggesting that breaks are a good strategy to maintain attention,” said Robison. “Coach Kingsbury might be on to something.”

Robison does not think the implementation of social media breaks suggests problems with attention for a specific generation. He said the availability of distractions has increased though. Social media usage has never been higher, with over 79% of Americans actively using social media for over 3 hours a day on average.

“The attention systems of each generation are largely the same, and so are the attentional abilities,” Robison said. “This generation growing up today has much more at their disposal to distract them, like cell-phones, television and the internet. All these things are now available at the drop of a hat.”

Sustained attention was as much of a problem when Kurt Warner was quarterback as it is today.

“If we can design our education and work spaces while recognizing that sustained attention is difficult for everyone, we can optimize our learning and productivity just by designing around our natural limitations,” Robison said.