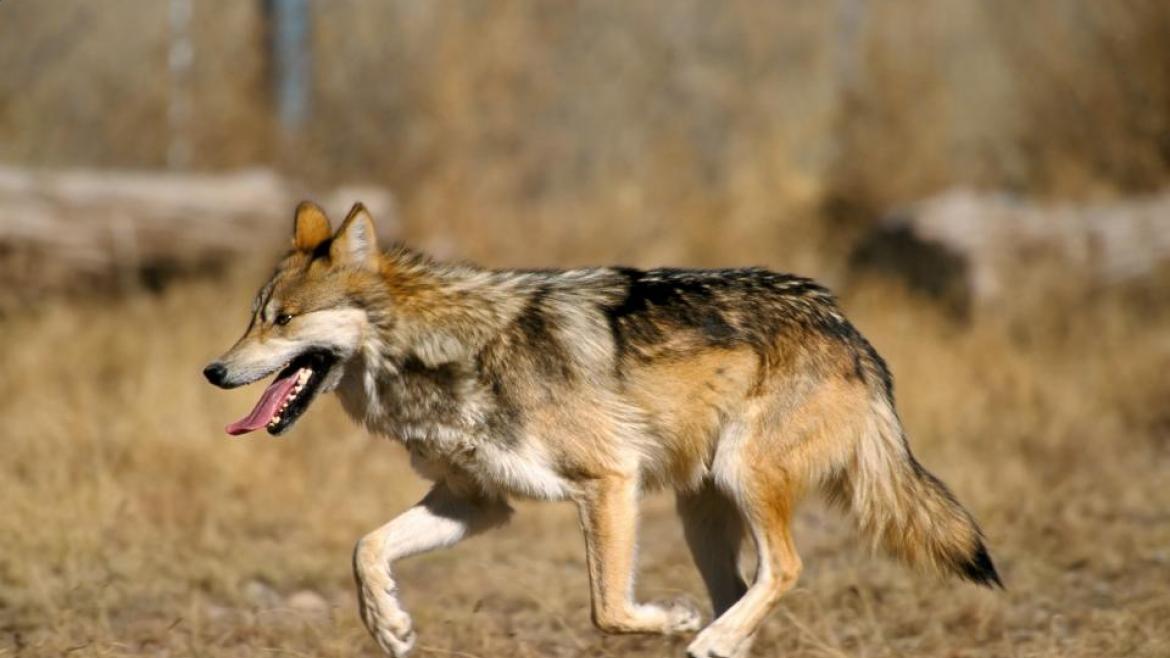 Once, wolves roamed free in great numbers across the deserts, arboreal forests, grasslands and Arctic tundra of the continental U.S. Today, their populations have been depleted — the result of human actions and loss of their vital habitats.

The red wolf and Mexican gray wolf are among the most endangered mammals in North America. Both species at one time were extinct in the wild. At last count, an estimated 114 wild Mexican gray wolves remain in the U.S. and only about 40 red wolves roam their native habitats in eastern North Carolina.

In recent years, efforts have been underway to help restore some of the nation’s wolf populations in the wild. Red wolves and Mexican gray wolves are listed as endangered under the U.S. Endangered Species Act, though their taxonomic status has been controversial and politically charged.

An expert panel, appointed by the National AcademiesThe National Academies are private, nonprofit institutions that provide independent, objective analysis and advice to the nation to solve complex problems and inform public policy decisions related to science, technology and medicine. They operate under an 1863 congressional charter to the National Academy of Sciences. of Sciences, Engineering and Medicine, has been conducting an analysis of scientific literature to answer two questions:

The findings come at a critical moment for embattled wolves as legislators seek to strip the gray wolf of protection under the Endangered Species Act. The identification of red wolves as a distinct species and Mexican gray wolves as an endangered subspecies may help to forestall efforts to delist them.

The study — undertaken by the Committee on Assessing the Taxonomic Status of the Red Wolf and the Mexican Gray Wolf — was sponsored by the U.S. Fish and Wildlife Service.

Precisely defining a species can be challenging. Evolution is a continuous process, and geographic variation among species is inevitable. These dynamic processes occur at different rates and follow distinct patterns for diverse taxa.

Nevertheless, when all the available biological data was examined, the prestigious panel of leading biologists agreed that red wolves (Canis rufus) are a distinct species and the Mexican gray wolf (Canis lupus baileyi) is a distinct subspecies.

“The main issue is that although there are a number of definitions of species and subspecies, all lines of evidence in this case point in a coordinated way to the final conclusions,” said Michael Lynch, who directs the Biodesign Center for Mechanisms of Evolution at ASU, and is one of the authors on the study. “Arriving at answers to the particular pair of questions evaluated was greatly facilitated by the unusual availability of whole-genome data previously obtained by researchers interested in the origin and diversification of North American canids, a relatively young component of the mammalian fauna of this continent.” 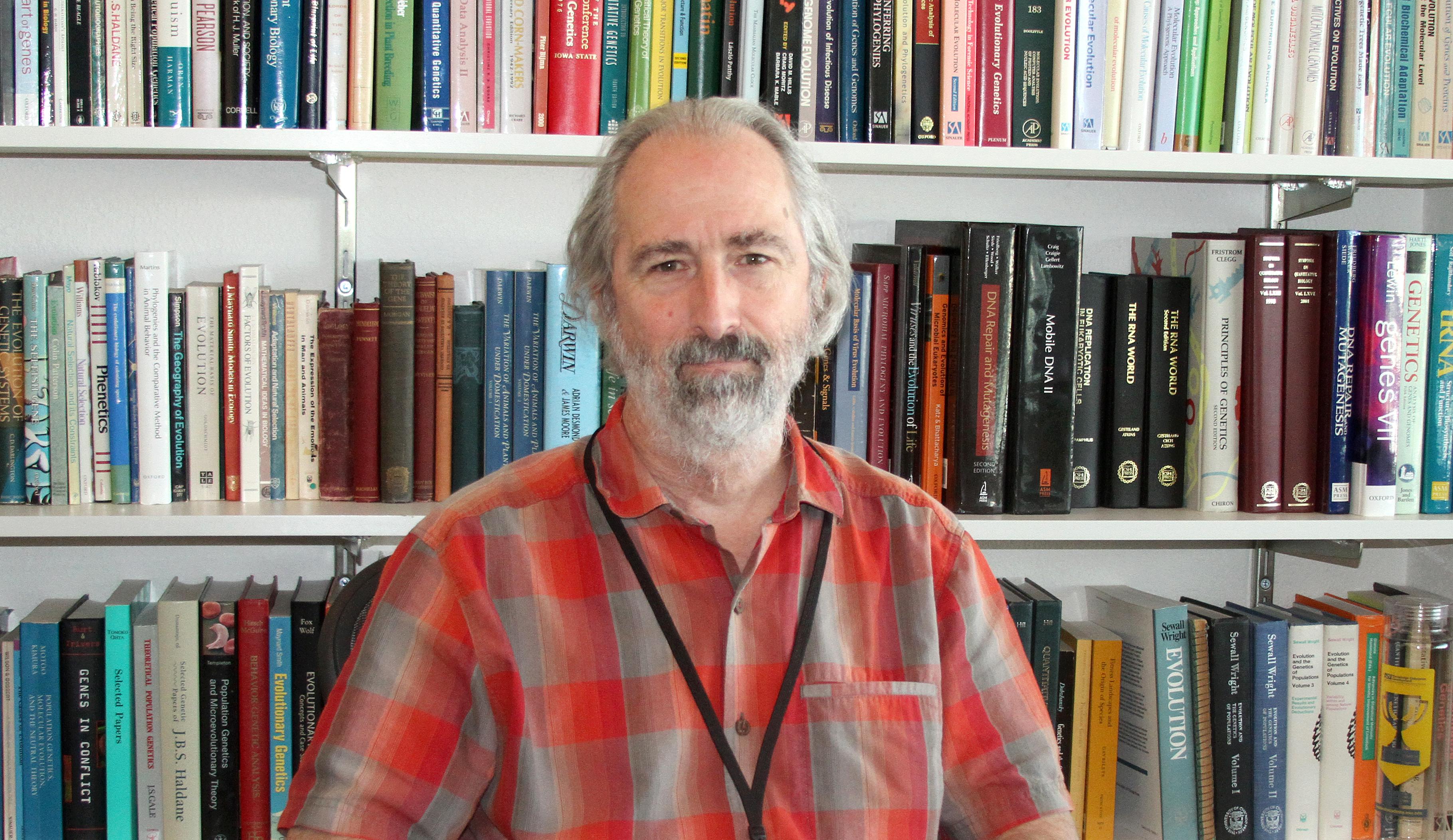 Michael Lynch, professor in the School of Life Sciences and director of the Biodesign Center for Mechanisms of Evolution at ASU, was one of the authors of a study that found red wolves are a distinct species and the Mexican gray wolf is a distinct subspecies.

In its new report released March 28, the National Academies of Sciences, Engineering and Medicine confirms the conclusion that both red wolves and Mexican gray wolves are indeed valid taxonomic identities.

According to the study's research guidelines:

Determining the taxonomic status of the Mexican gray wolf and the red wolf requires an understanding of the contemporary meanings of species and subspecies. All modern species concepts are united by the goal of identifying groups of organisms whose reproductive compatibility sustains genetic continuity.  Among the common principles that underlie multiple species concepts are (1) some level of reproductive isolation between different species that is mediated by genetic and ecological factors, and (2) phylogenetic continuity in time that is mediated by shared evolutionary history and inheritance. These principles provide a compelling, comprehensive approach to identifying species. Most modern concepts of subspecies rely on the notion of the partial restriction of gene flow, where subspecies are groups of actually or potentially interbreeding populations phylogenetically distinguishable from, but reproductively compatible with, other such groups.

Increasingly, genomic data reveal that gene flow among taxonomic groups through hybridization is a common feature of the evolutionary history of many widely accepted species, including wolves.

The Mexican gray wolf, whose range includes Arizona, New Mexico and northern Mexico, was largely driven extinct from the wild in the U.S. in the mid-1970s. Then, 20 years ago the wolves were reintroduced, amid much controversy, into a small portion of their former range. Their designation as a subspecies has been controversial because there has been speculation that they are not physically or genetically distinct enough to justify that status. There has also been speculation that the current Mexican gray wolf population may have included ancestry from dogs or coyotes.

The red wolf historically inhabited much of the eastern United States, but during the 20th century, populations were driven to very low numbers by habitat loss and predator eradication programs. Red wolves were largely replaced by coyotes that spread eastward from their original range in the western U.S. A few remaining specimens with red wolf morphology — physical characteristics long associated with red wolves — were captured in Texas and Louisiana before the red wolf went extinct in the wild and were used to establish a breeding program. 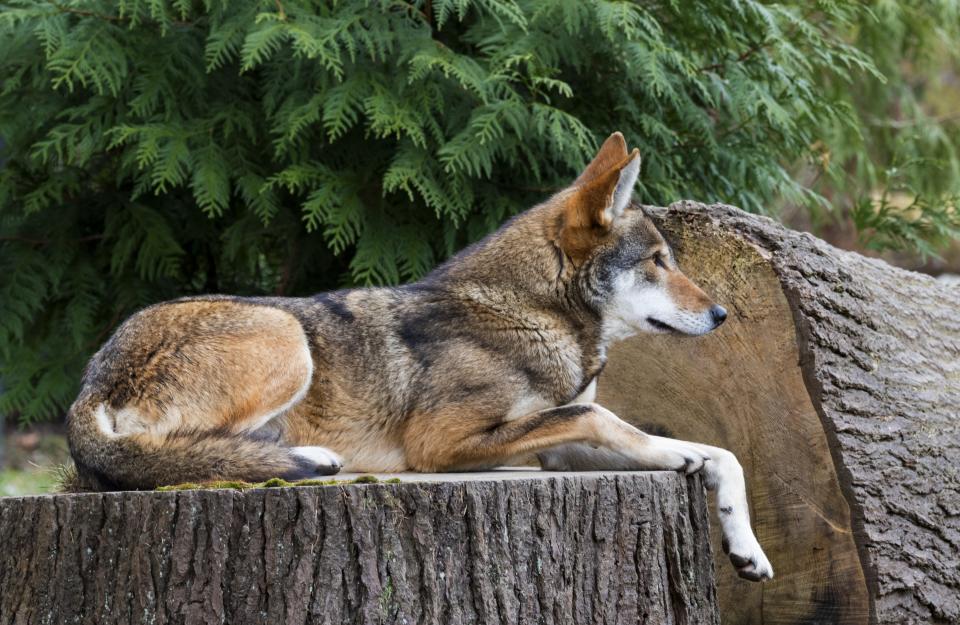 The red wolf is a canine native to the southeastern United States. Once declared extinct in the wild, the red wolf has been reintroduced through captive breeding programs. Of 63 red wolves released from 1987–1994, the population rose to as many as 100-120 individuals in 2012 but has declined to 40 individuals in 2018 and today is severely endangered. Photo from Shutterstock

The descendants of these animals were reintroduced in North Carolina and are now a managed population in the wild. The red wolf’s species status has been controversial because the wolves used to establish the breeding program were captured from a region where there had already been substantial interbreeding between red wolves, coyotes and gray wolves.

Genomic DNA from historic specimens could help clarify this issue regarding continuity, the report says. In addition, more precise genetic analysis might help determine the exact proportion of the red wolf genome that has been replaced through historic interbreeding with coyotes and wolves.

“A majority of experts on red wolf taxonomy have concluded, time and time again, that the red wolf represents a unique lineage that is worthy of conservation and should remain a listable entity under the ESA,” said Maggie Howell, executive director of the Wolf Conservation Center, one of many organizations devoted to wolf education and conservation. “No longer plagued by questions of taxonomy, USFWS needs to re-evaluate its recent decisions and management changes and bring its efforts back in line with the conservation mandate of the ESA."

Recapping Day One of the Augusta National Women's Amateur

Olivia Mehaffey, Alessandra Fanali sit in the Top-30 after the completion of the first round at the Augusta National Women's Amateur. ...

Recapping Day One of the Augusta National Women's Amateur Olivia Mehaffey, Alessandra Fanali sit in the Top-30 after the completion of the first round at the Augusta National Women's Amateur.